Arkansas-based customization shop Flat Out Autos has generated a small following for its K5 Tahoe, which is essentially a K2XX platform Chevy Tahoe that has been modified to look like an original K5 Chevy Blazer. Now the company has decided to expand on the idea, digitally rendering a Chevy Tahoe that has been redesigned in the likeness of a first-generation GMC Jimmy. 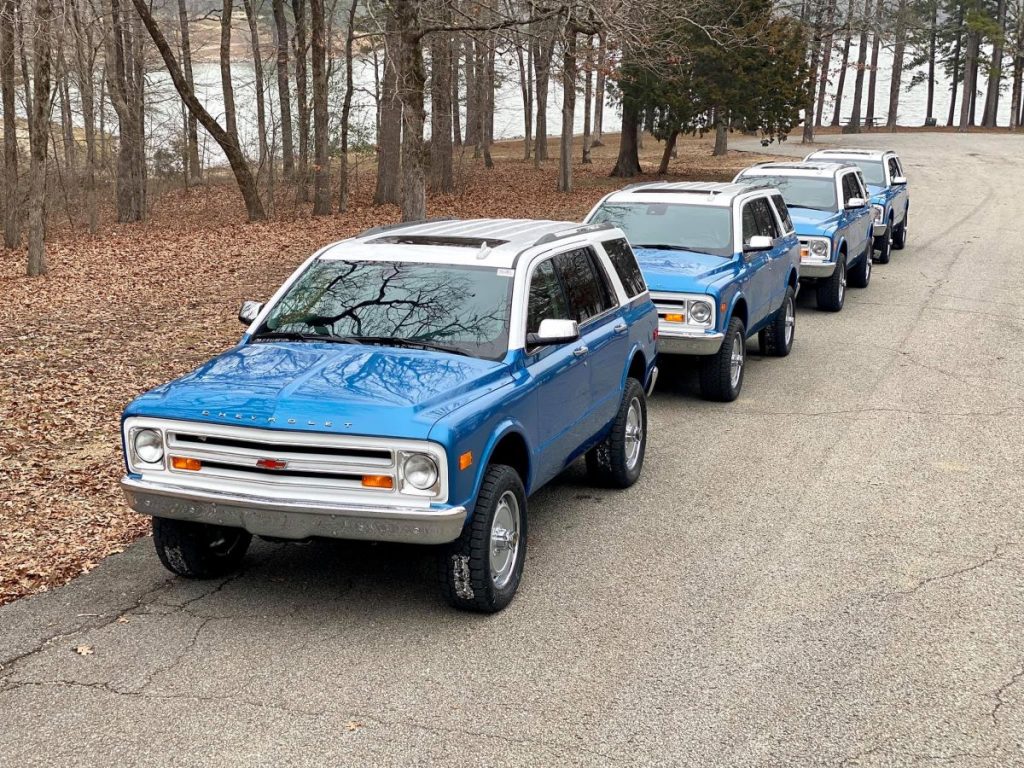 Flat Out Autos did not say if it was working on a GMC Jimmy-inspired equivalent to the K5 Tahoe when it shared these renderings on its Facebook page this week. The renderings were accompanied by a brief description reading “here are a couple rendering options for the Jimmy fans,” but it offered no further information on the digital mock-ups. Flat Out Autos is a custom car shop, though, so we imagine they can fulfill all kinds of requests as long as the customer’s checkbook is big enough. 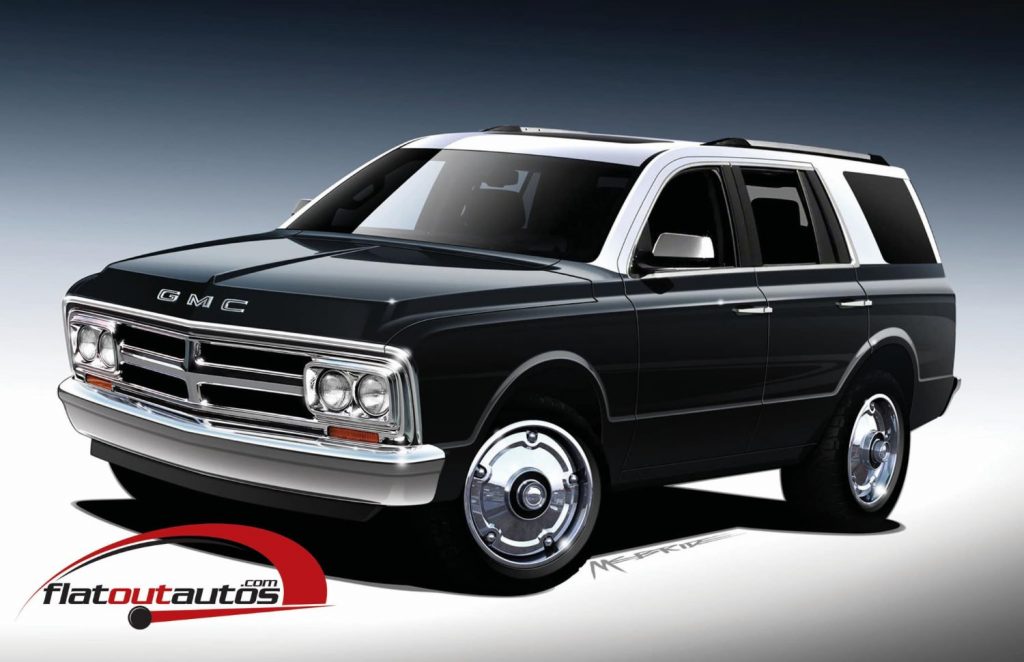 Flat Out Autos’ GMC Jimmy-inspired Tahoe looks almost identical to the K5 Tahoe from the a-pillar rearward, with the only real differences being the Jimmy grille, hood, headlights and front bumper, along with the different dished wheel design. We’d love to see what their designers have in store for the rear end of the Jimmy model as well, seeing as the K5 Tahoe also gets some unique treatments out back, including a K5 Blazer-inspired tailgate and taillights. 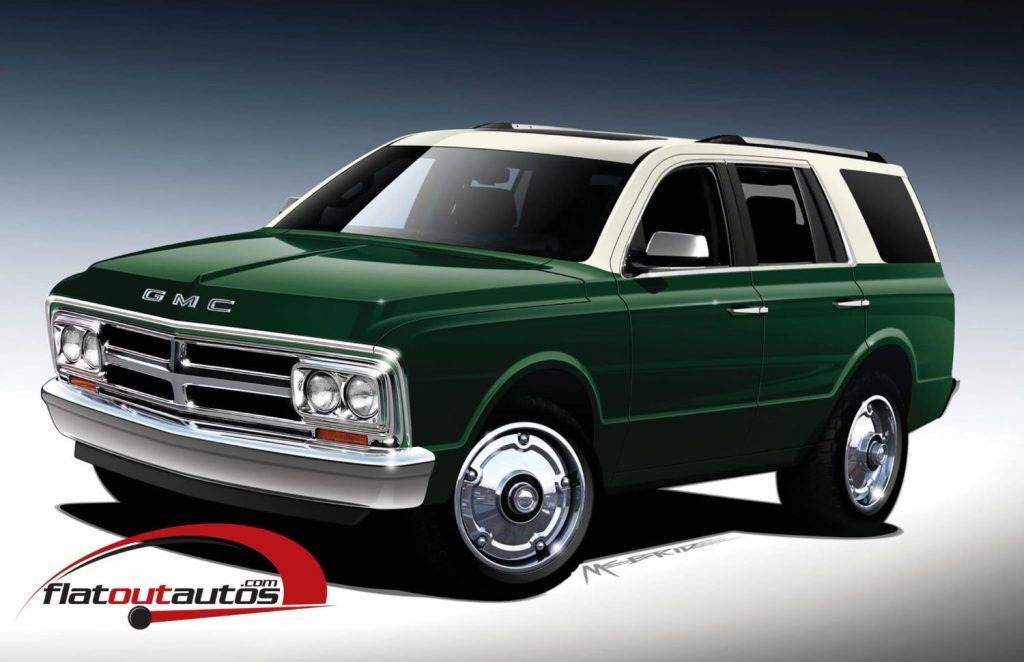 Flat Out Autos recently completed delivery of four K5 Tahoe units to one single customer. All of those vehicles were finished in an identical white and blue two-tone exterior finish and featured chrome exterior trim and silver alloy wheels. In addition, one of these retro-inspired Chevy SUVs sold for $110,000 USD at a Mecum auction last summer, another potential sign that General Motors fans are willing to pony up big bucks for one of these unique vehicles.

It will be interesting to see if the Tahoe-based GMC Jimmy ever gets produced and if it does, we’ll be curious to see if it generates nearly as much interest as the K5 Tahoe has thus far.