A five-year-old truck enthusiast is making waves online after his parents filmed him using his toy Chevy Silverado to help his dad plow the driveway. 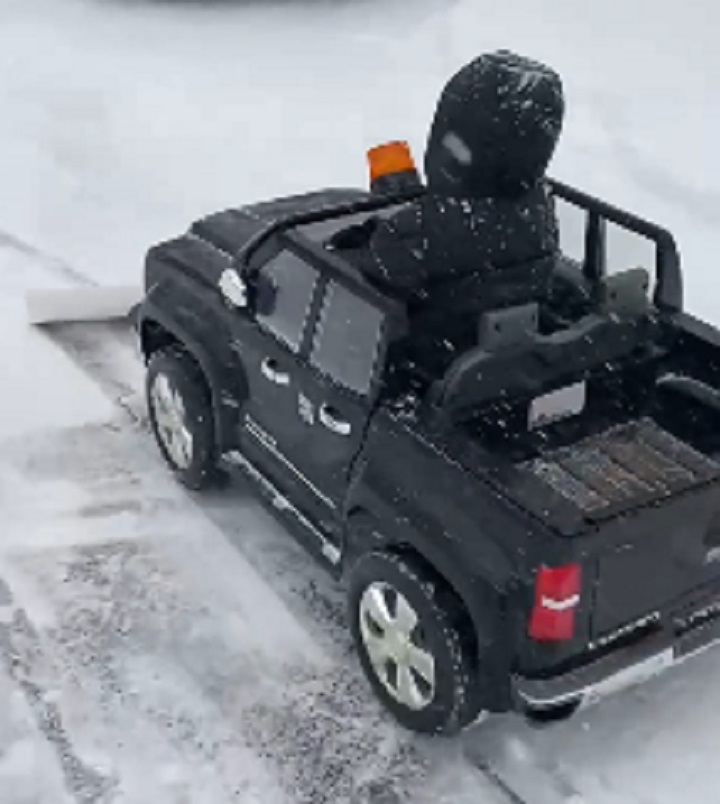 This clip was originally posted by NBC Connecticut to its various social media pages and shows a five-year-old boy by the name of Parker driving his Chevy Silverado Power Wheels truck down his snow-covered driveway and pushing some snow with a homemade shovel attachment. Parker’s parents even outfitted his little Chevy pickup with a flashing orange light to let any passing motorists know he’s busy shoveling snow and won’t be moving with the usual flow of traffic. 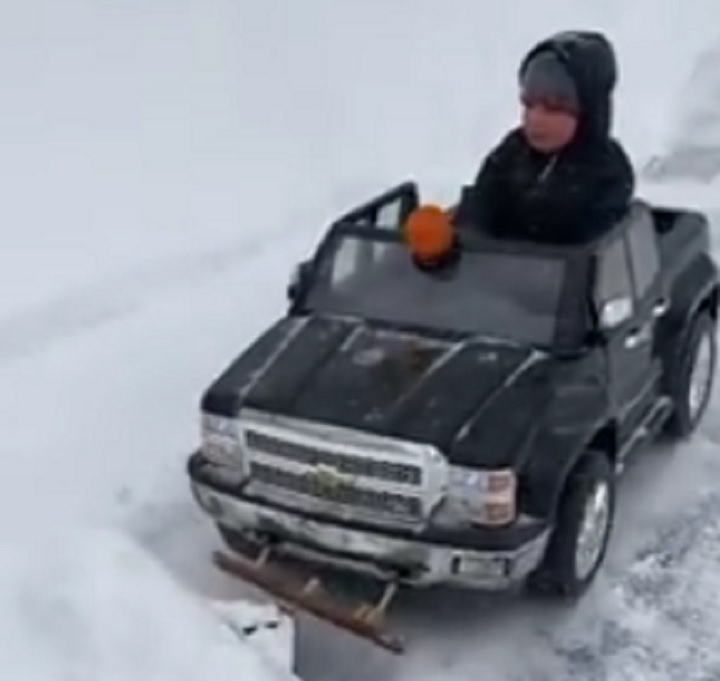 We’re sure Parker’s parents only ever meant for this to be a fun outdoor activity for their five-year-old, but he’s actually doing a pretty good job at clearing the snow for his dad. Something tells us his battery doesn’t have enough juice for him to finish the whole driveway in one go, however.

Connecticut is among those eastern states currently seeing large snowstorms, with some areas in the region getting hammered with more than ten inches of snowfall over the weekend. With roadways blanketed in slippery snow and many residents choosing not to venture out, Parker’s parents were probably at least happy to have an extra set of hands to help clear the snow from their driveway. 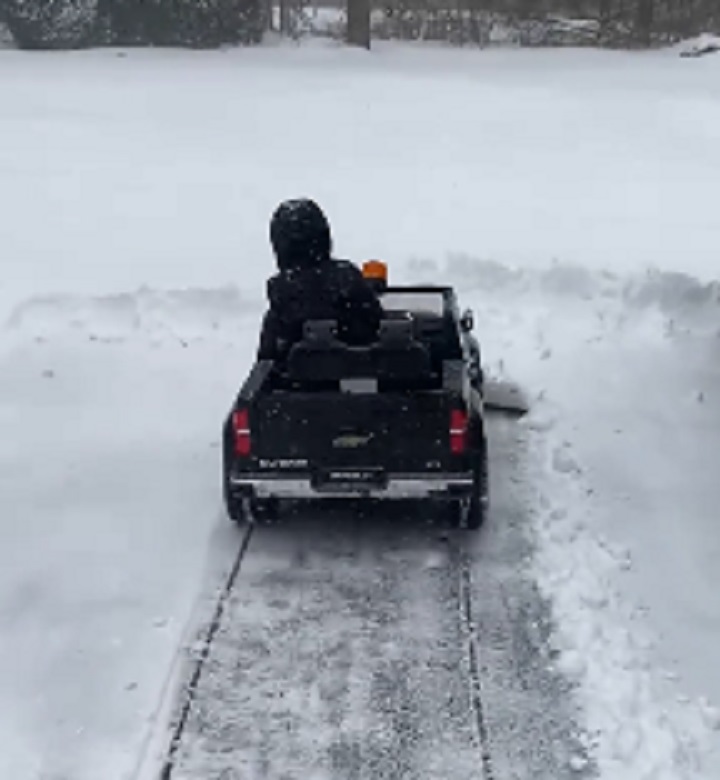 Our parents used to send us out to clear the driveway for them all the time when we were a kid, but unlike Parker, we didn’t have a miniature Chevy Silverado to help us out – just a shovel and our own two hands. Parker’s only five, though, so he probably has a good four years or so of looking cute for the camera before his parents actually make him start shoveling the driveway from start to finish.