Corvette Racing took a dominant 1-2 finish in this year’s Rolex 24 at Daytona, with the bright yellow No. 3 Corvette C8.R crossing the finish line just a few seconds ahead of the grey No. 4 sister car.

American driver Jordan Taylor drove the final stint of the 24-hour race after his teammate and usual race-finisher Antonio Garcia tested positive for COVID-19 early Sunday morning. While Taylor expressed disappointment that the Spaniard wasn’t able to finish the race, there was one positive takeaway from the unfortunate situation: it meant the young American driver was able to drive the final stint instead and take the checkered flag for the team. Garcia, who is considered the leader of Corvette Racing’s six drivers, is typically the one to anchor driving duties in endurance events. 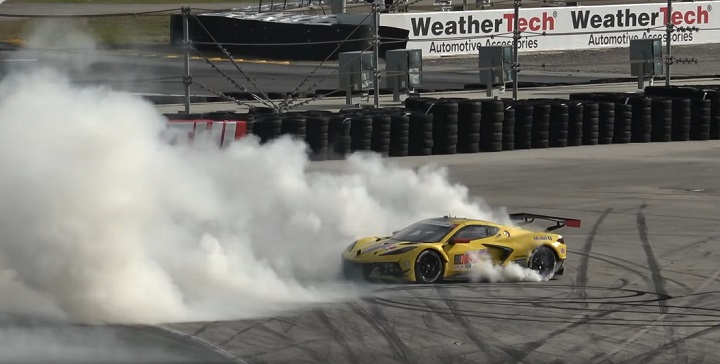 Taylor celebrated his team’s big win by performing a huge burnout in the runoff area near Turn 1, lighting up the rear tires of his Corvette C8.R and letting the 5.5L flat-plane crank V8 engine sing. He then tried to accelerate forward before the thick smoke had fully cleared, an amateur video of the burnout shows, and nearly hit the inside retaining wall at Turn 1. The driver, who is known for his humorous social media posts, later had a good laugh about the incident on his Twitter and Instagram pages, assuring his followers that “no Corvettes were hurt in the making of this video.”

Note to self: always wait for smoke to clear before leaving the donut arena. No Corvettes were harmed in the making of this video. (Video: David Land) #Corvette #Rolex24 pic.twitter.com/mJmQZhqeZN

Taylor later made it a point to acknowledge Garcia’s contributions towards the team’s big win and assured fans he’ll be back with the team to perform its next victory burnout.

“Antonio is our guy and our finisher,” Taylor said. “That’s who we want in the car at the end. I was so disappointed for Antonio because I know how much this race means to him, how much he wanted to win it and finish the race.”

“He was a huge part of our victory today,” the American driver added. “He leads this 3 car and has been here for years. He started the race off so well for us. It was sad he couldn’t share it with us at the podium, but we’ll definitely see him in a couple of weeks when he’s clear and we can go celebrate.” 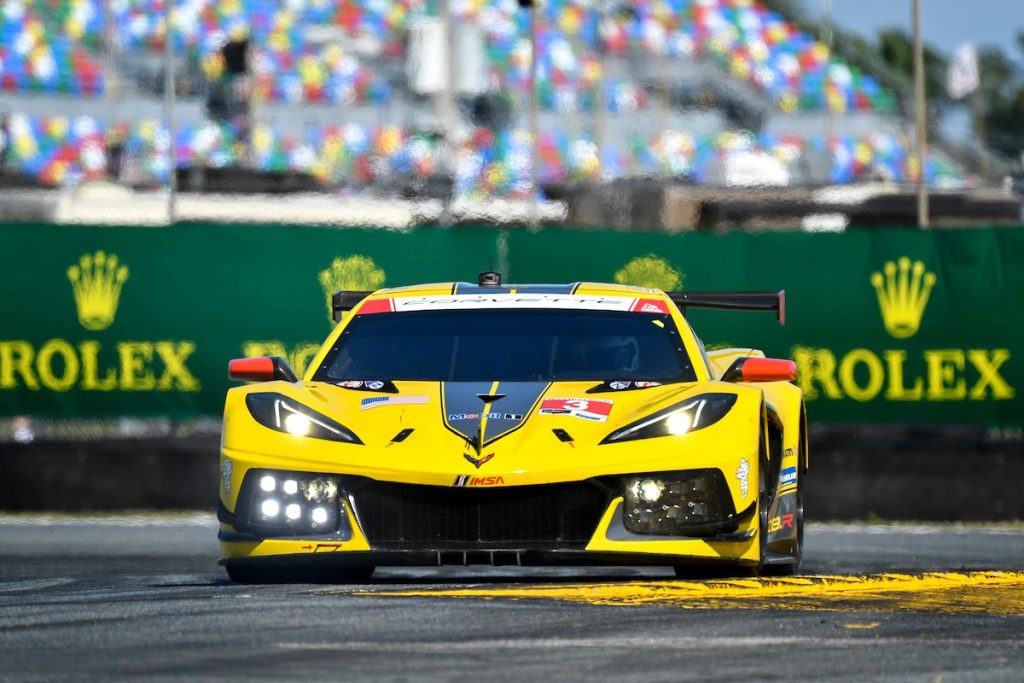 Corvette Racing and the Corvette C8.R will hit the track in late March for the 2021 Mobil 1 12 Hours of Sebring. In the meantime, check out Taylor’s impressive Daytona victory donut in the video embedded below.