The road can be a dangerous place, especially when the weather gets cold. Unfortunately the driver behind the wheel of this Chevy Tahoe had to learn that lesson the hard way after spinning out on an icy highway, as seen in the following brief video. 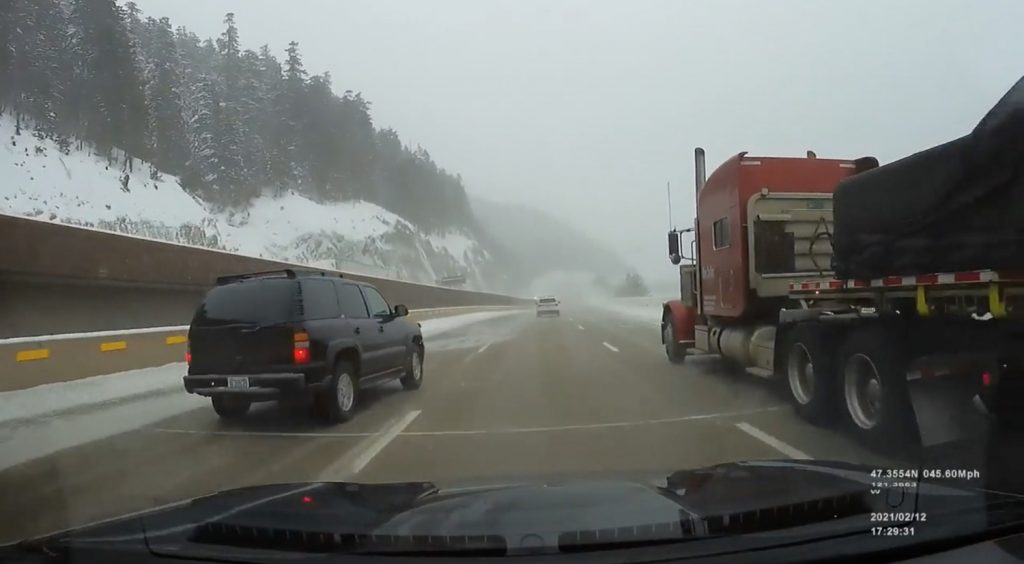 Clocking in at just 21 seconds, this video was recently posted to reddit, showing an overcast, snowy late afternoon. According to the comments, the highway in question is Interstate 90 near Snoqualmie in Washington state, with a time stamp showing 5:30 p.m. local time last Friday.

The video is taken from a dash cam from another vehicle cruising in the middle lane. We see a large semi-truck rolling by in the righthand lane. According to a readout in the bottom right corner of the screen, the camera car is traveling at about 45 mph. 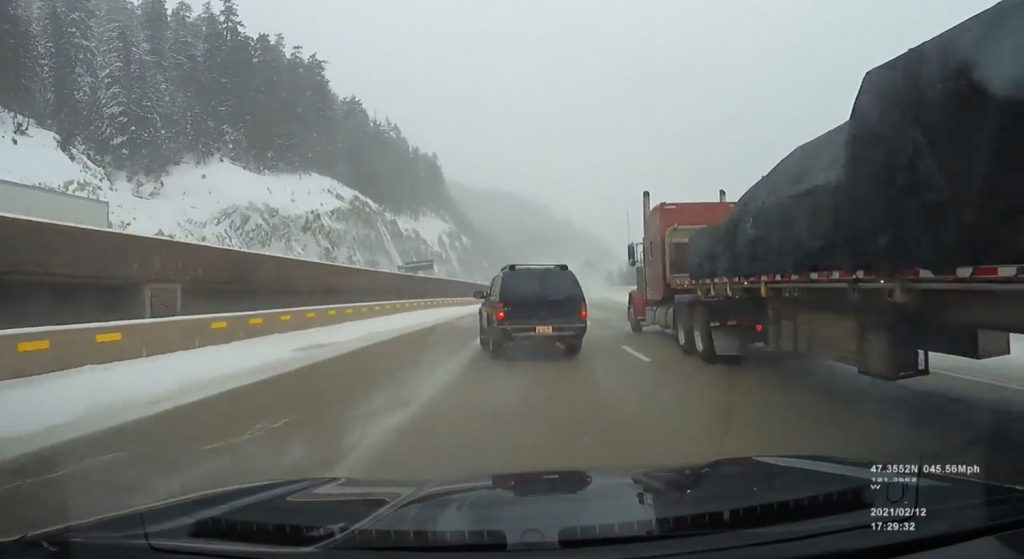 In the left lane, we spot a Chevy Tahoe SUV that’s matching the speed of the semi. Unfortunately for the SUV, half of the left lane is covered in snow and ice, making it exceedingly dangerous, especially when traveling at highway speeds.

As the Chevy Tahoe passes the camera car, the SUV starts to lose grip in the rear, pitching to the left as the car swings into the middle lane. The driver attempts to collect the oversteer, but the snow and ice dividing the lanes makes it impossible, sending the SUV into an uncontrollable tank-slapper. 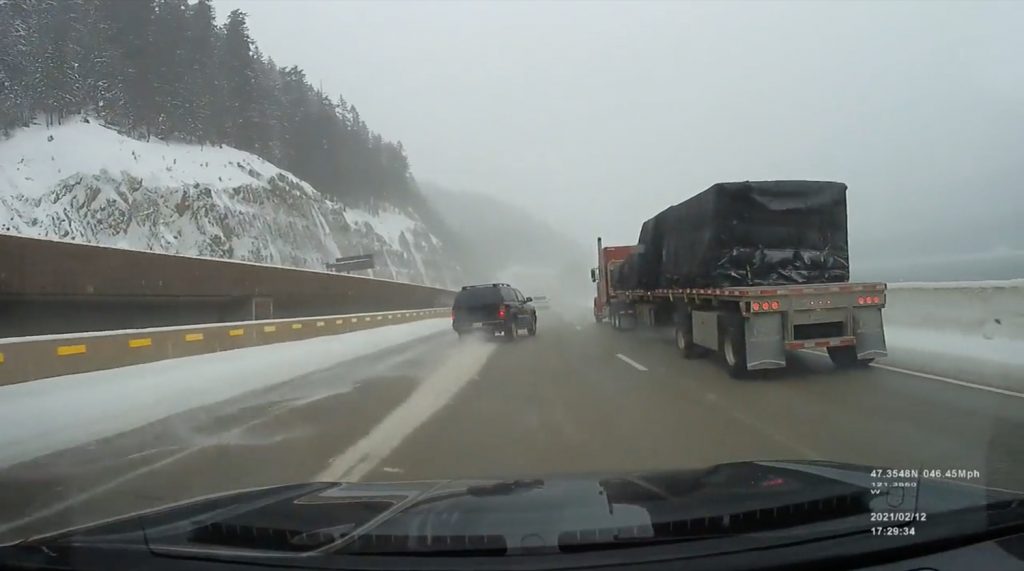 As the SUV fishtails out of control, it appears to tap the semi in the rightmost lane, finally pirouetting and crashing into the leftmost barrier. Pieces of the Chevy Tahoe fly into the air, with a thick mist of snow and ice obscuring the view. The SUV finally comes to a rest facing the wrong way, the front end clearly mangled by the impact.

It’s a nasty crash, and hopefully all involved walked away unscathed.