A camouflaged prototype for the upcoming C8 Corvette E-Ray hybrid has been photographed testing at the GM Milford Proving Ground in Michigan by sharp-eyed GM Authority spy photographers. 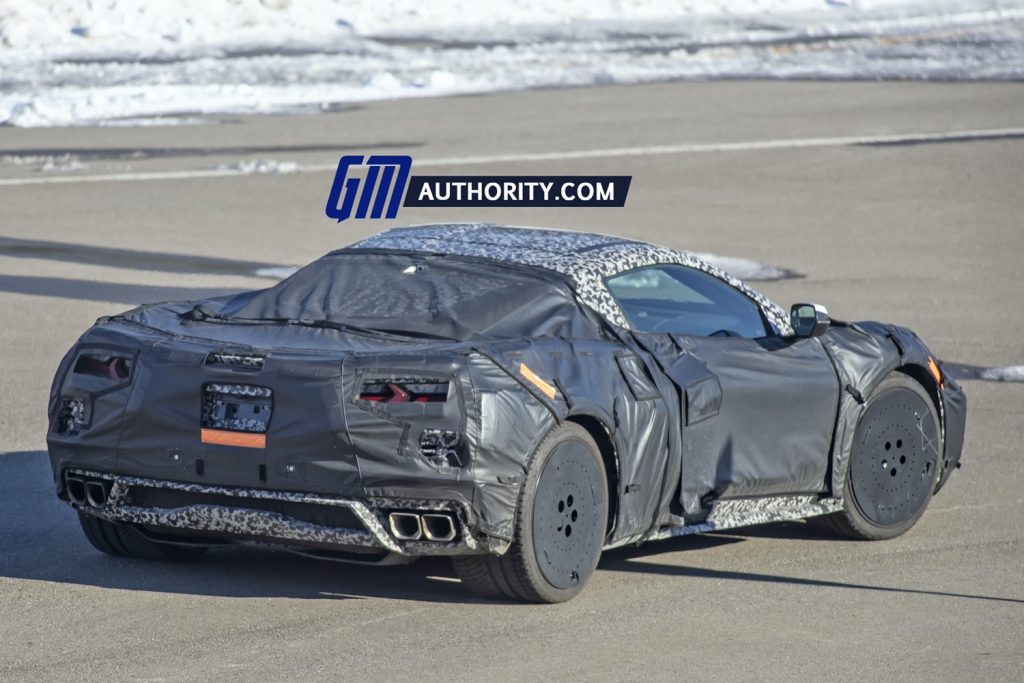 As we reported previously, the C8 Corvette E-Ray will serve as an indirect replacement to the Grand Sport in the Corvette’s lineup. As such, it will receive the same widebody exterior styling treatment as the C8 Corvette Z06. Where it will differ, though, is with regard to the powertrain. Whereas the C8 Corvette Z06 will be powered by a naturally aspirated 5.5L flat-plane crank V8 (aka the LT6), the E-Ray is expected to receive the same 6.2L LT2 V8 engine as the regular Stingray, which will be paired with a single electric motor mounted in the front cargo area and a tiny 1.94 kWh lithium-ion battery mounted in the middle of the chassis. 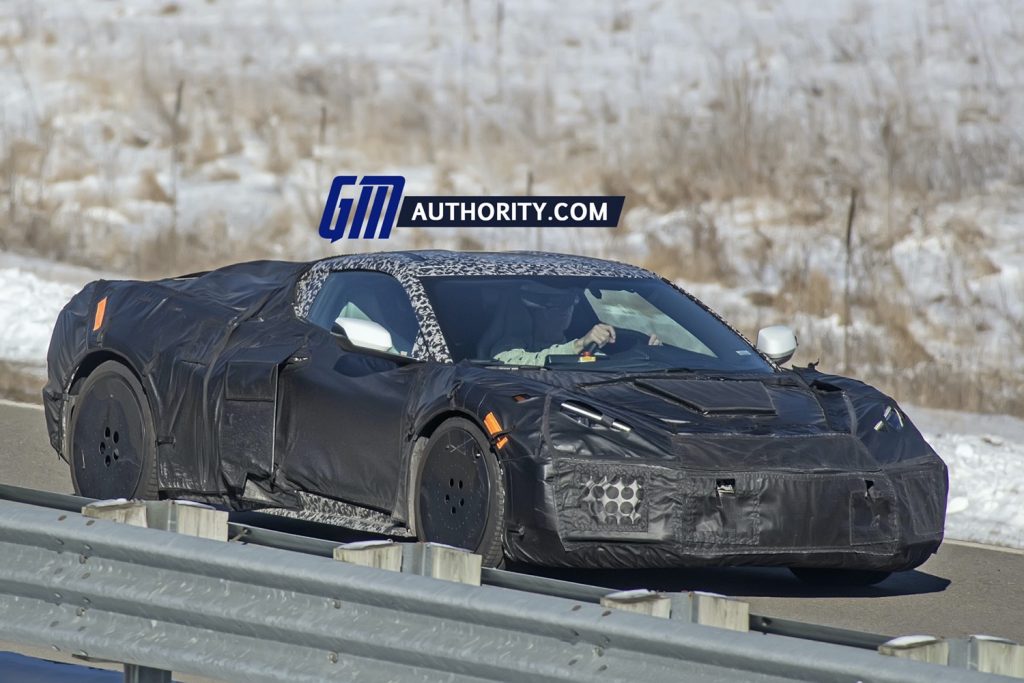 This electric motor and battery will be good for roughly 115 horsepower and 111 lb-ft of torque, which will compound with the 6.2L LT2 V8’s output for a total system output of around 600 horsepower and 600 pound-feet of torque.

This particular Corvette E-Ray prototype was spotted driving on the North-South straightaway at Milford. It’s believed to be wearing the basic Stage 1 aerodynamic setup, lacking the large rear wing and other downforce-producing elements that have been seen on C8 Corvette Z06 test cars. The C8 Corvette Z06 is expected to be offered with three different aerodynamics packages that offer varying levels of downforce. The stage 1 kit is the least aggressive and will have the lowest amount of drag, making it better suited to straight-line performance. 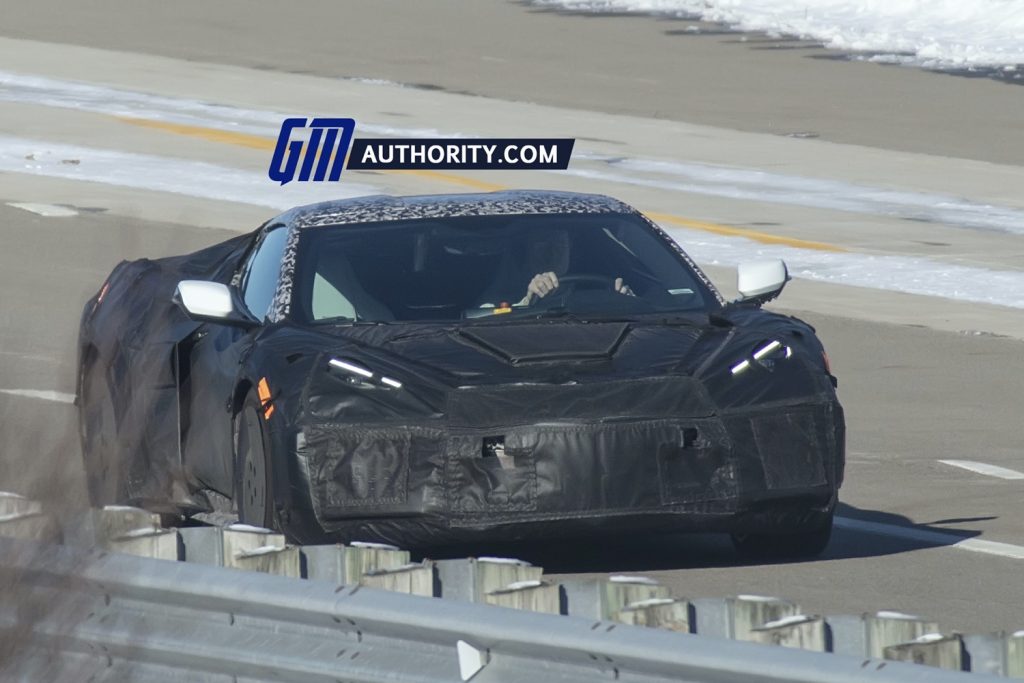 GM Authority was the first to report on the Corvette E-Ray name after General Motors filed two applications to register “Corvette E-Ray” and “E-Ray” as trademarks with the United States Patent and Trademark Office back as 2015. The E-Ray will be the first hybrid C8 Corvette model variant to arrive, but it won’t be the last, with the ultra-performance ZR1 and Zora variants also expected to utilize similar gasoline-hybrid powertrains. 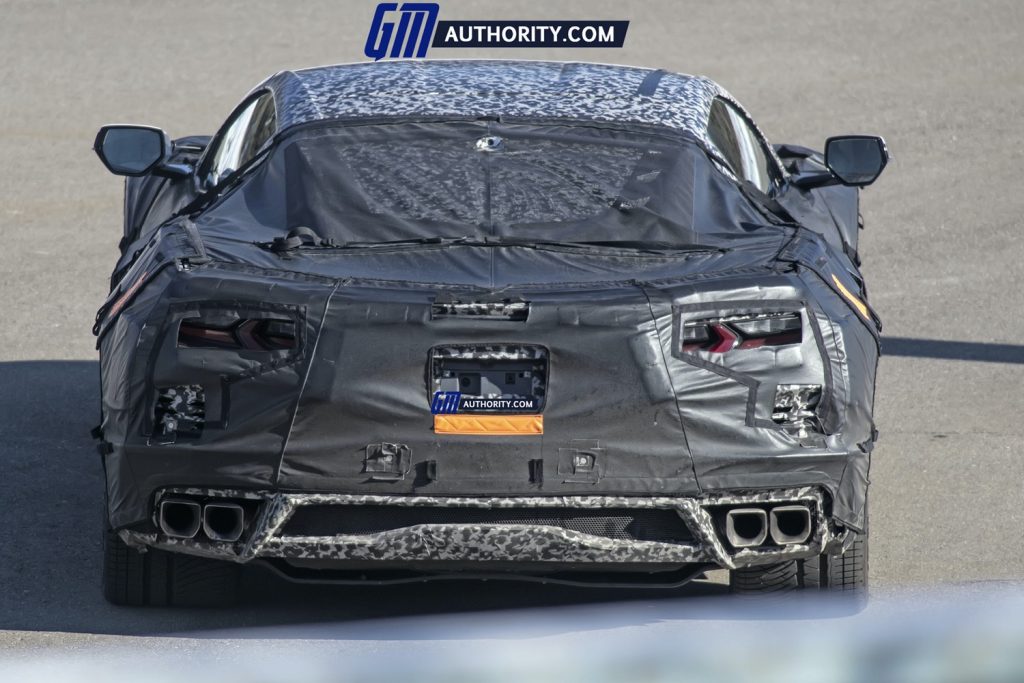