We’re big fans of dash cameras around these parts. Not only do dashcam-owning motorists frequently provide us with entertaining videos to write about, they also contribute to making America’s streets safer, capturing road users’ misbehaviors and making it that much easier for the police to track them down and/or charge them. This video showing a C6 Corvette doing a drift through an intersection serves as a great example of why having a dashcam is a good idea for any American driver. 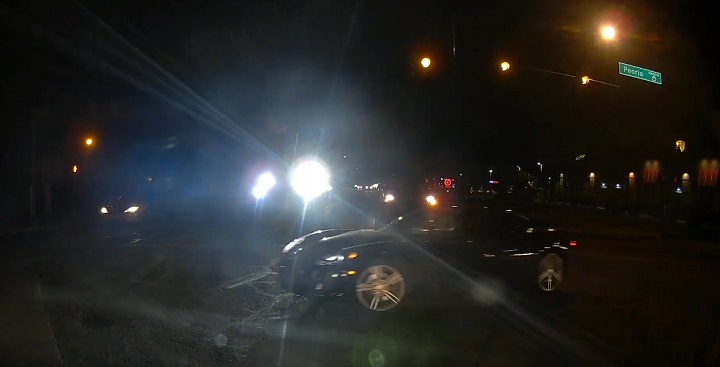 The action in this clip starts just before the one-minute mark as the driver enters an intersection and prepares to turn left on a green light. As the driver rolls out into the intersection, a dark-colored sports coupe of some sort with a burnt-out headlight can be seen doing a smoky drift to the left of the filmer’s vehicle. A black C6 Corvette is also seen in the background and follows the vehicle with the burnt-out headlight. 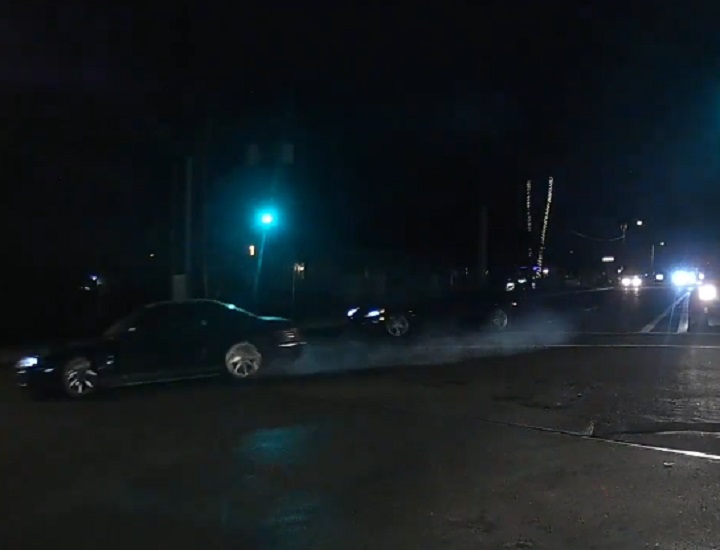 The C6 Corvette then re-enters the frame as it drifts around the filmer’s vehicle. It’s hard to say based on this footage, but it seems as though the Corvette driver did a full drift around the filmer before taking off down the street. This startles the driver, who decides to call the police and report the incident.

Shortly after pulling away from the intersection, the filmer seems to misidentify the vehicle that did the donut. A black Dodge Challenger can be seen passing their vehicle in the left lane, which they report as being the car that did the donut. This is odd, though, as neither of the vehicles that performed donuts was a Challenger. It’s easy to see why they made this error, seeing as the Challenger is also black and has a similar coupe shape, but we just hope her mistake didn’t result in the Challenger driver getting wrapped up in this ordeal.