The next-generation Mercedes-Benz C-Class will launch in the United States in early 2022, challenging the Cadillac CT5 in the compact luxury sedan. 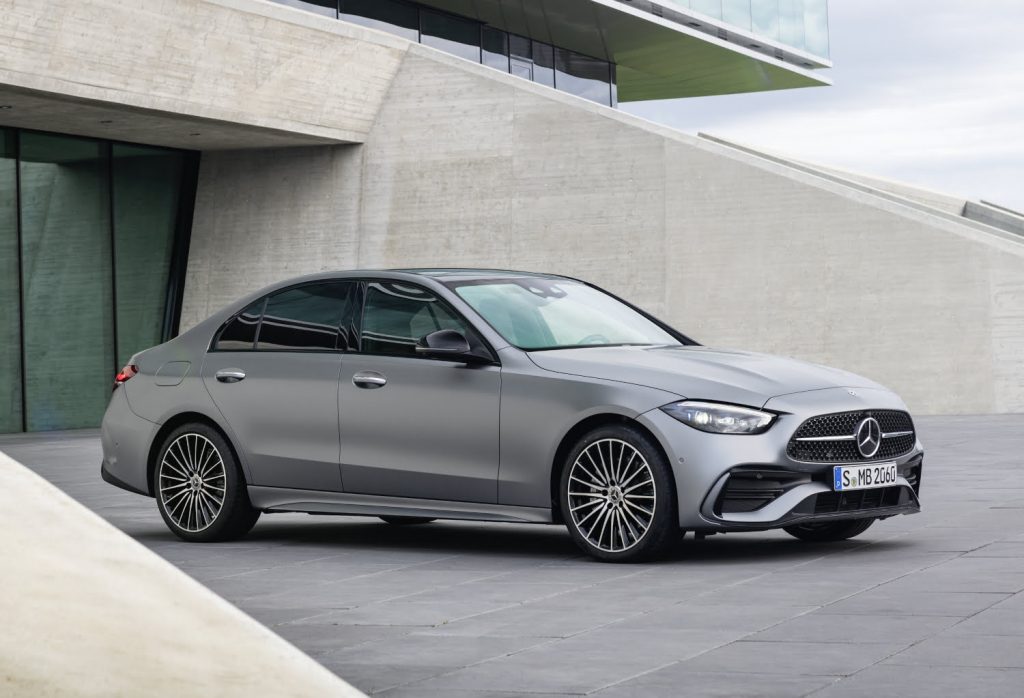 The 2022 Mercedes-Benz C-Class is 2.5 inches longer than the current model and around half an inch wider, though also 0.4 inches lower. All the interior dimensions have been increased by up to one inch except the front legroom, which remains the same as before.

These differences are too small to affect the size comparison between the C-Class and the CT5 to any great extent. The Cadillac is still the larger vehicle overall, with less front and rear headroom than the Mercedes, but more legroom and almost exactly the same amount of shoulder room. 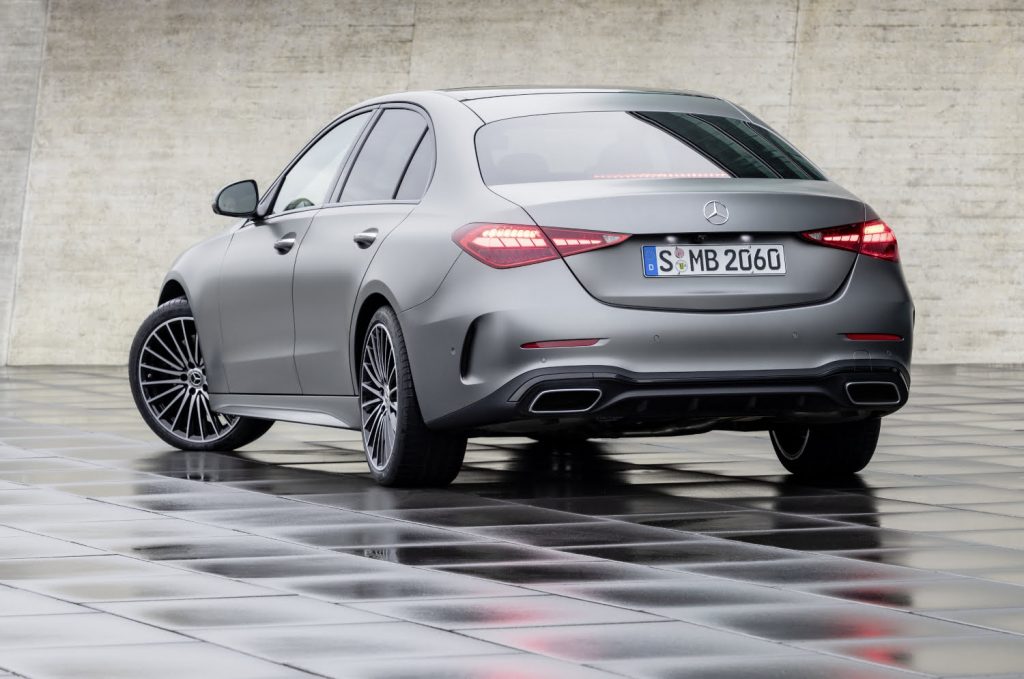 Internationally, the Mercedes-Benz C-Class will be available at first with a choice of turbocharged four-cylinder engines – a 1.5-liter gasoline in two power outputs for the C 180 and C 200, a 2.0-liter gasoline for the C 300, and a 2.0-liter diesel for the C 220 d and C 300 d. The 9G-TRONIC nine-speed automatic transmission is standard in every case. Plug-in hybrid models will follow, and we can also expect high-performance AMG versions at a later date. 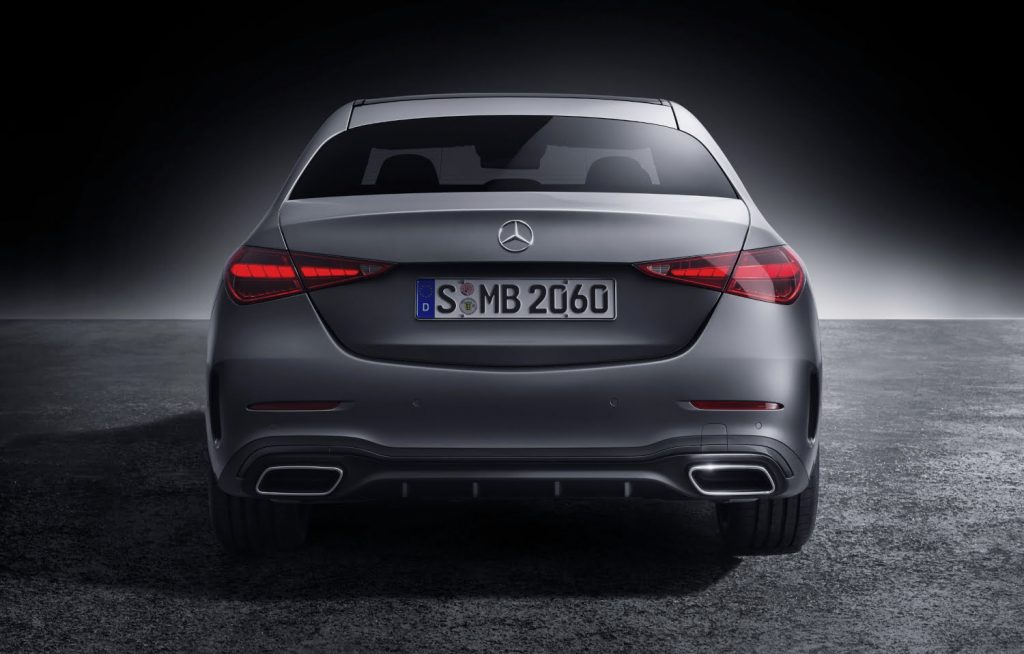 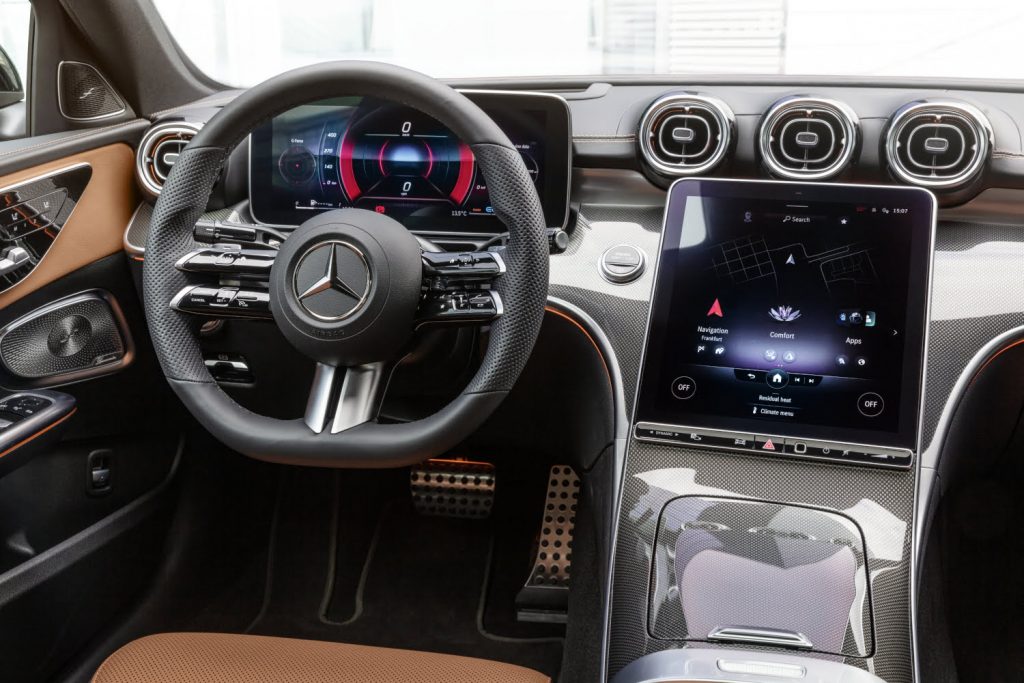 The closest match to the C 300’s powerplant in the CT5 line-up is the 2.0L I4 LSY engine, which produces 237 horsepower and 258 pound-feet of torque. Until the AMG variants appear, there are no direct equivalents to the 2022 CT5-V and 2022 CT5-V Blackwing, and even the twin-turbo 3.0L V6 LGY engine, rated at 335 horsepower and 400 pound-feet of torque as fitted as an option in the CT5 Premium Luxury, is not comparable. 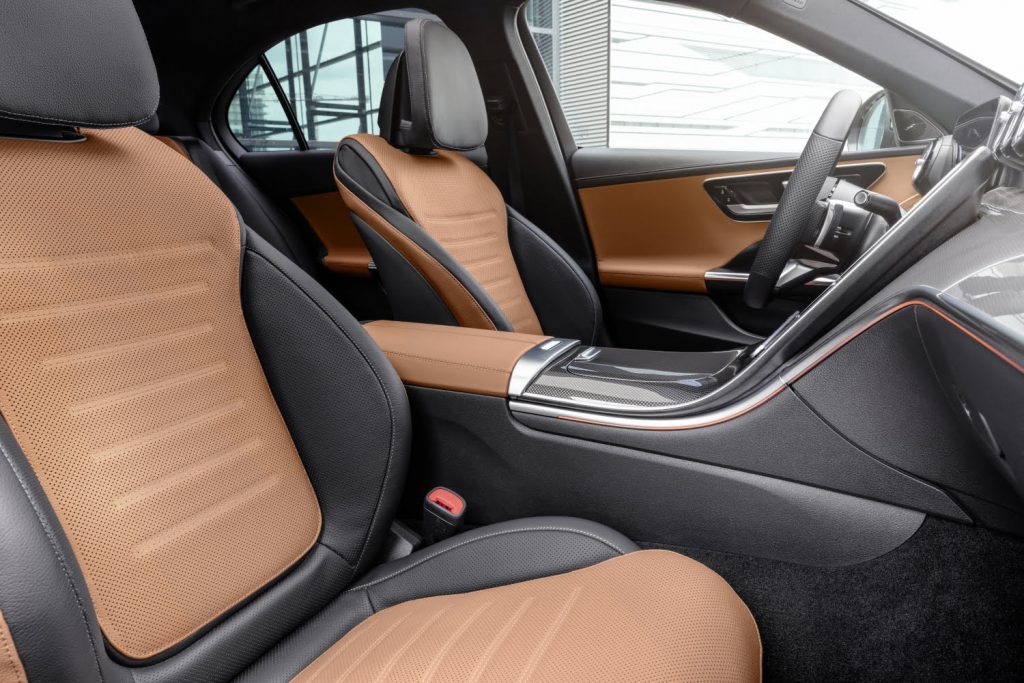 The new Mercedes-Benz C-Class will be available with rear-wheel drive or 4MATIC all-wheel drive. Other features include the second-generation Mercedes-Benz User eXperience (MBUX) infotainment system, over-the-air (OTA) software updates and a more interactive version of the “Hey Mercedes” voice assistant. U.S. pricing has yet to be announced.

Be sure to subscribe to GM Authority for more Cadillac CT5 news, Cadillac news and 24/7 GM news coverage.