Lexus has announced a new high-performance version of its IS sports sedan specifically for the North American market. As reported in our sister publication Cadillac Society, the Lexus IS 500 F Sport Performance is fitted with the brand’s naturally aspirated 5.0-liter V8 gasoline engine, which at first sight makes it an obvious rival to three Cadillac products – the 2021 Cadillac CT5-V as well as the upcoming 2022 Cadillac CT4-V Blackwing and 2022 Cadillac CT5-V Blackwing. 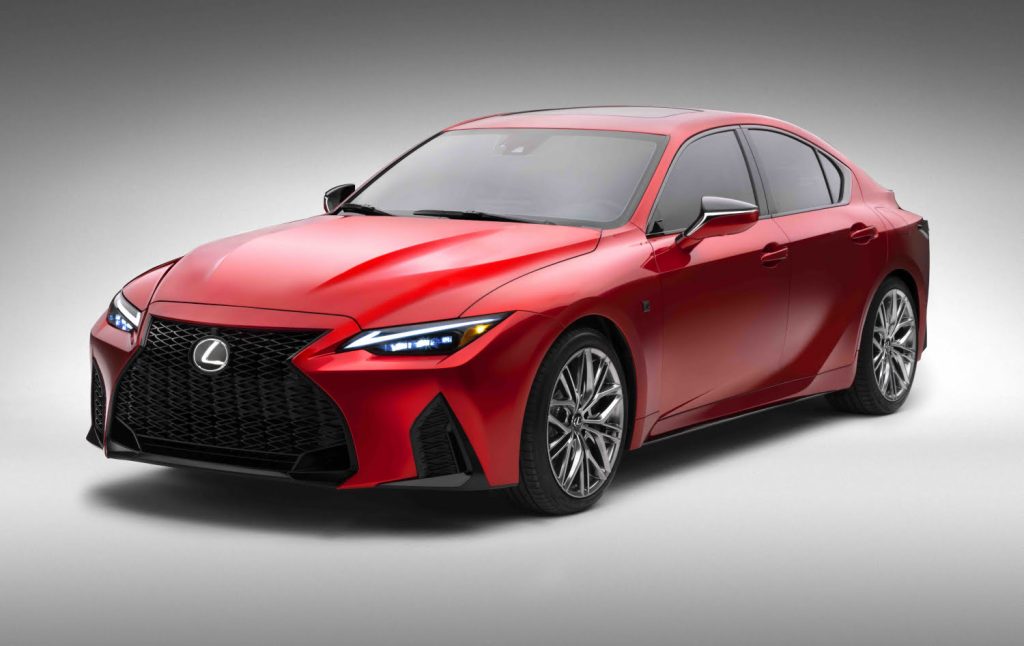 In terms of maximum power output, the Lexus IS 500 F Sport Performance exactly matches the CT4-V Blackwing. Both produce 472 horsepower, but this is only part of the story. Without the benefit of forced induction, which all of the Cadillac models have, the Lexus engine needs to rev higher. Peak power is produced at 7,100 rpm, well above the 5,750 rpm of the CT4-V Blackwing. 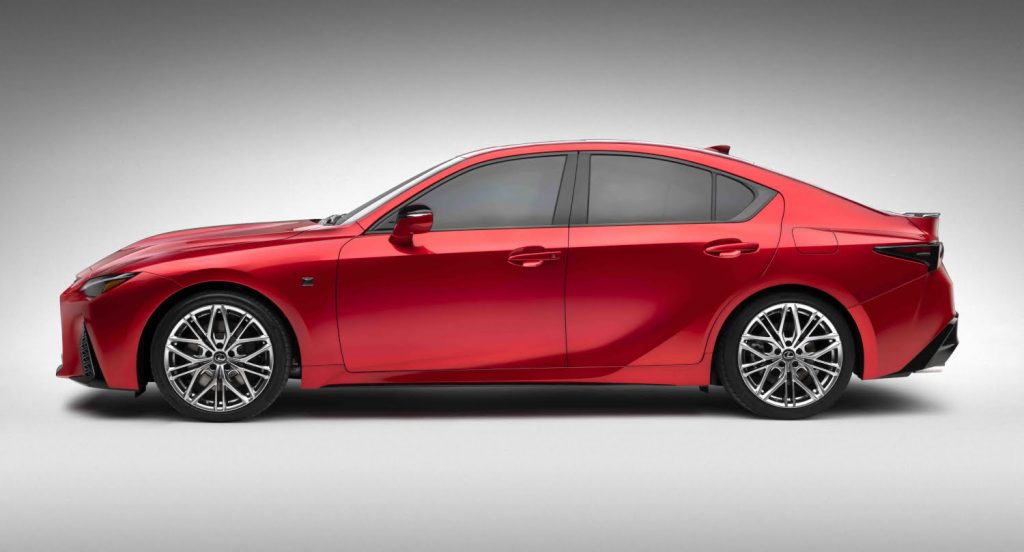 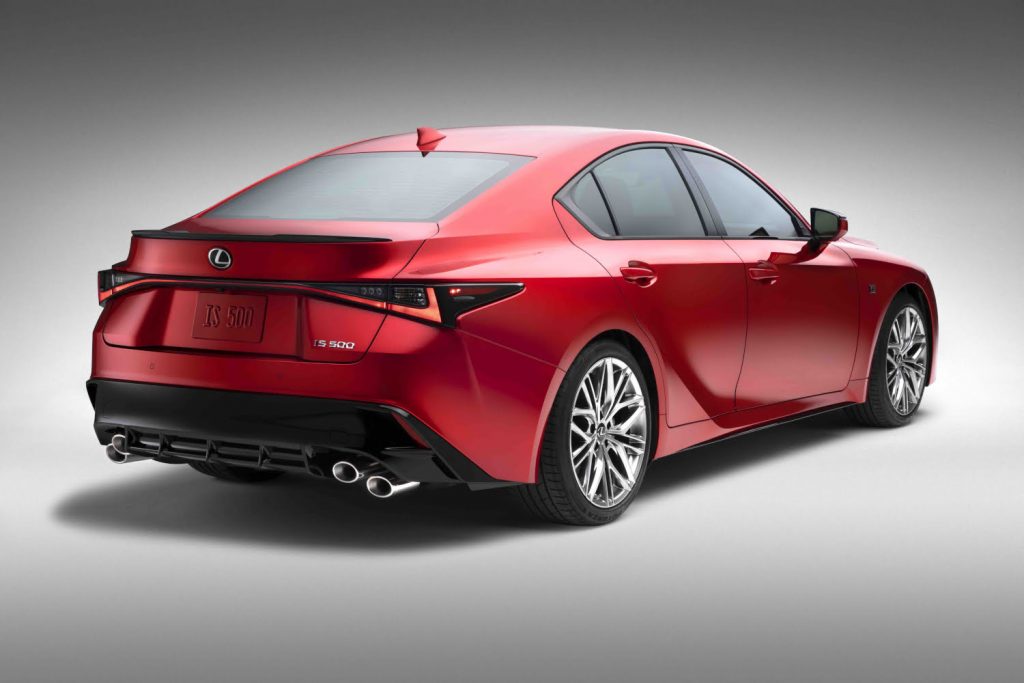 The more one looks at the figures, the more the non-BW CT5-V appears to be the closest match to the Lexus, even though the maximum output of its twin turbo 3.0L V6 LGY engine is 112 horsepower short at 360 horsepower. The Lexus has the superior 0-60 mph time of 4.5 seconds, but the CT5-V trails it by no more than 0.3 seconds in either all-wheel-drive or rear-wheel-drive form. The CT4-V Blackwing is well clear with a time of 3.8 seconds. 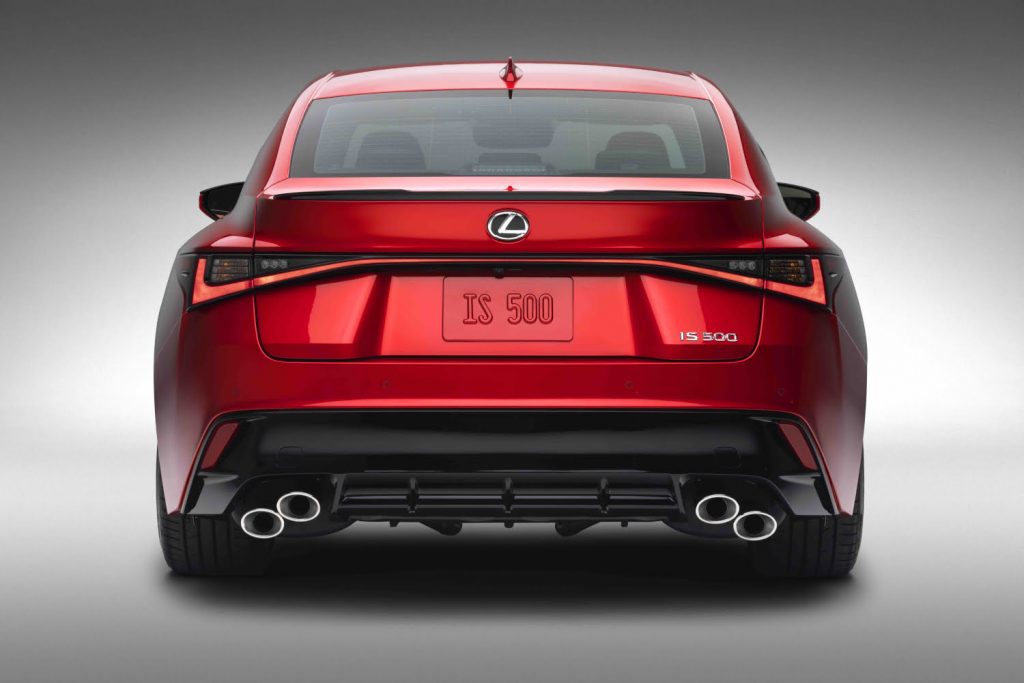 The transmissions of the Japanese and North American vehicles are worth considering in this context. All three Cadillacs are available with GM’s 10-speed automatic gearbox (an alternative to the standard Tremec six-speed manual in the case of the Blackwing models). The Lexus offers only eight forward gears, which may harm its straight-line acceleration slightly. 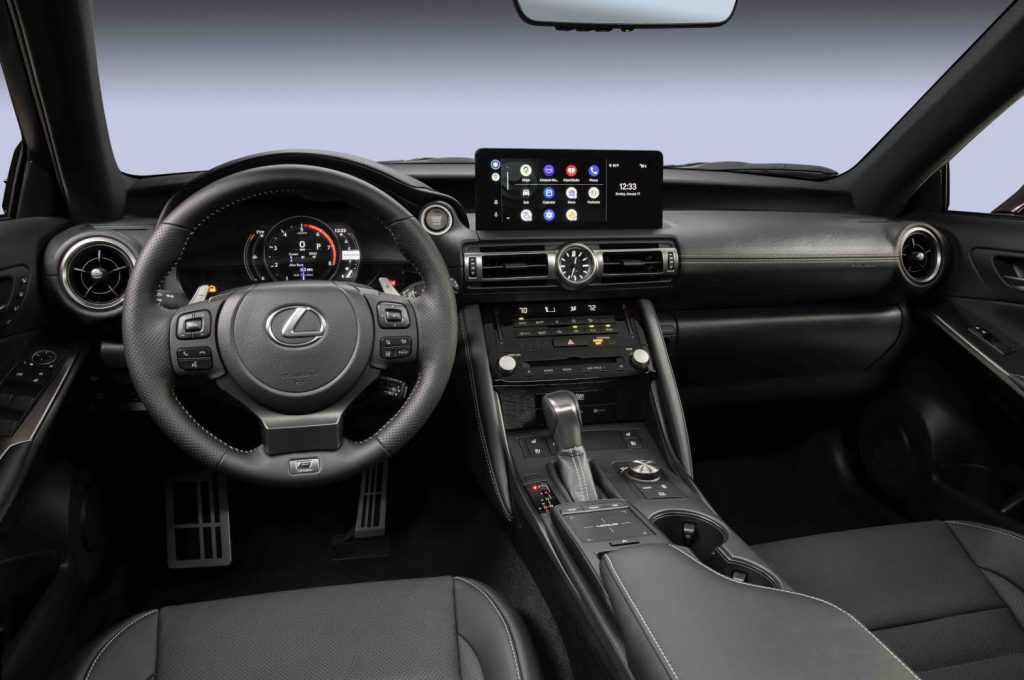 The type of gearbox will have little effect on top speed. This has not yet been quoted for the Lexus IS 500 F Sport Performance, but since it produces the same power as the CT4-V Blackwing (though by different means), it can be assumed to have a comparable top speed, so long as the aerodynamic drag of the two vehicles is also similar. 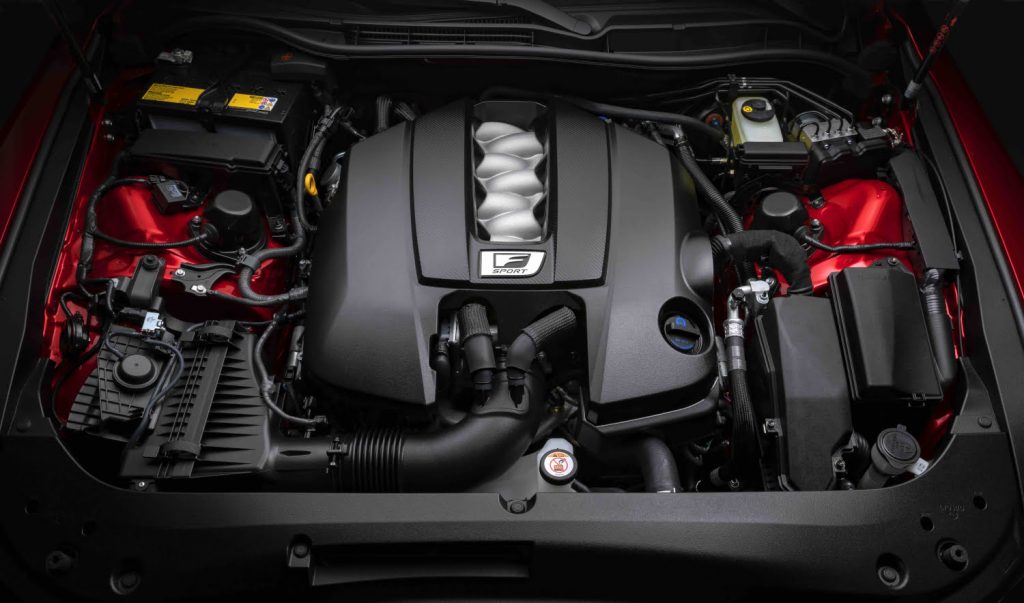 It’s even safer to assume that the Lexus IS 500 will not challenge the CT5-V Blackwing in terms of performance. With its 10-speed transmission, and a supercharged 6.2L V8 LT4 engine rated at 668 horsepower and 659 pound-feet of torque giving the car a top speed of over 200 mph, the fastest ever Cadillac won’t be troubled by the Japanese car in a straight line.