A new Chevrolet Silverado prototype was just spotted testing in the real world with some aggressive design cues, suggesting that what we have here is our first look at the upcoming 2022 Chevy Silverado ZR2. 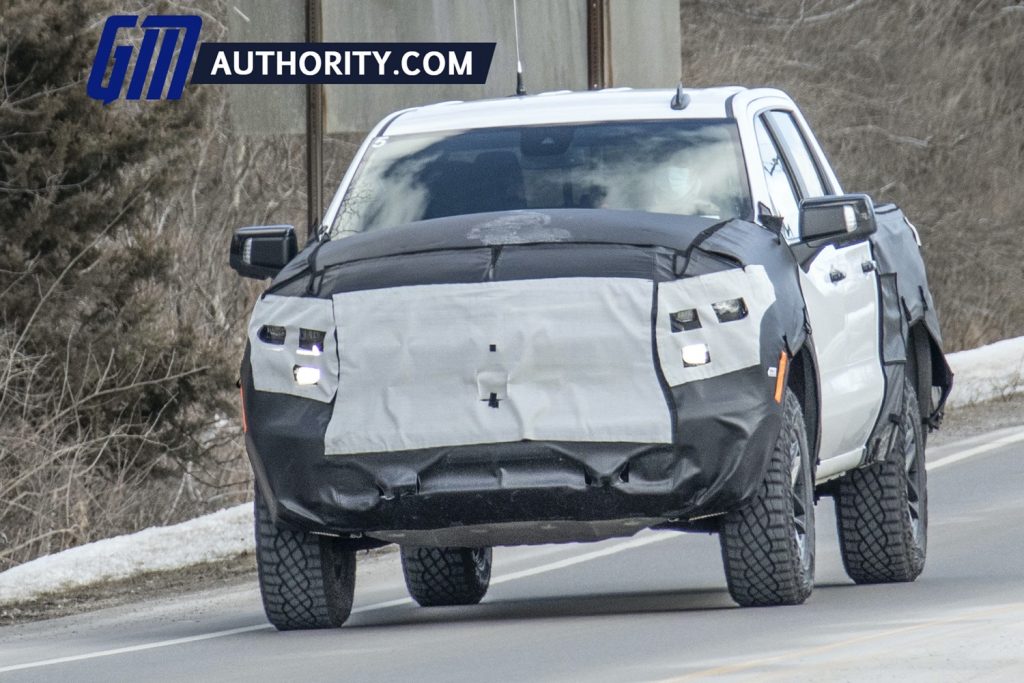 Although much of the 2022 Chevy Silverado ZR2 prototype’s design is hidden under heavy camouflage, there are still some interesting details worth pointing out. The front end, for example, looks to offer greater ground clearance and an improved approach angle over the more pedestrian Silverado Trail Boss, thus padding the ZR2’s off-road credentials. 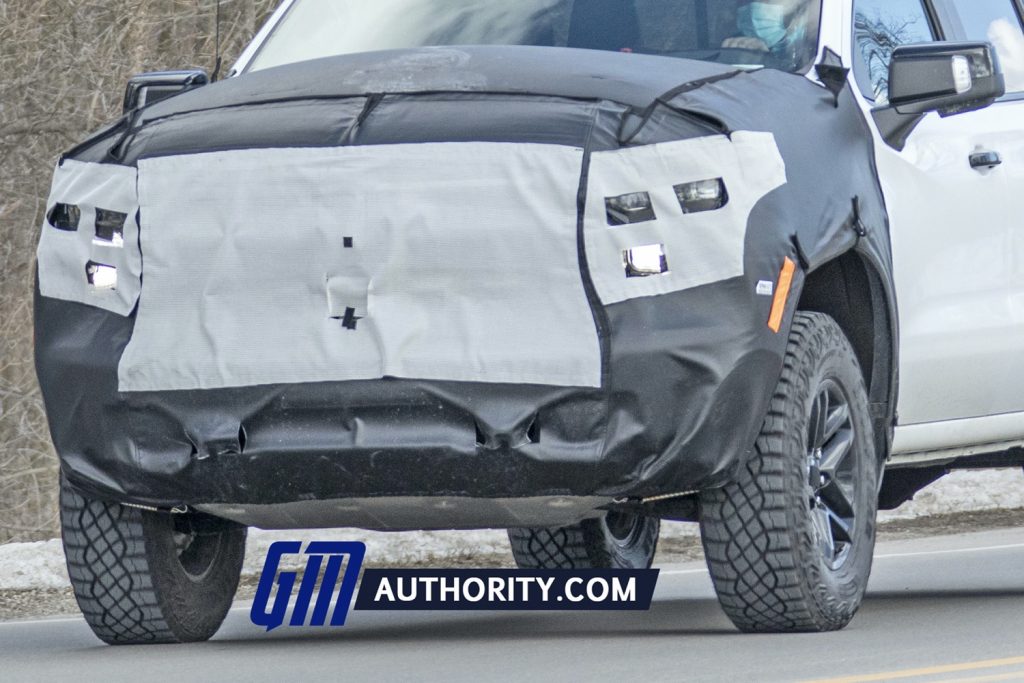 The front bumper is reshaped with a higher cut-off point, while a sturdy front skid plate is equipped to help protect the greasy bits underneath. The ZR2 bumper also removes the lower air dam. Further noteworthy features in the lower bumper include a set of red tow hooks. 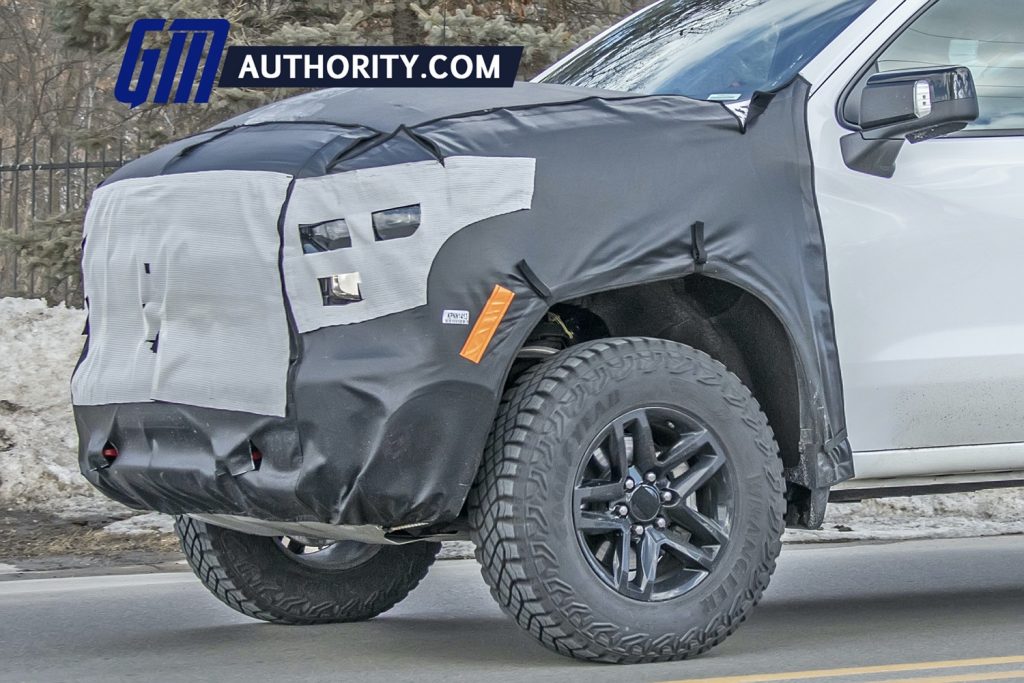 Interestingly, the camo covering the hood on this 2022 Chevy Silverado ZR2 prototype appears to be quite a bit taller than previous Silverado prototypes. Although this might simply be the result of wind turbulence getting between the hood and camo, it’s also possible GM is hiding a prominent hood bulge that adds even more visual aggression. 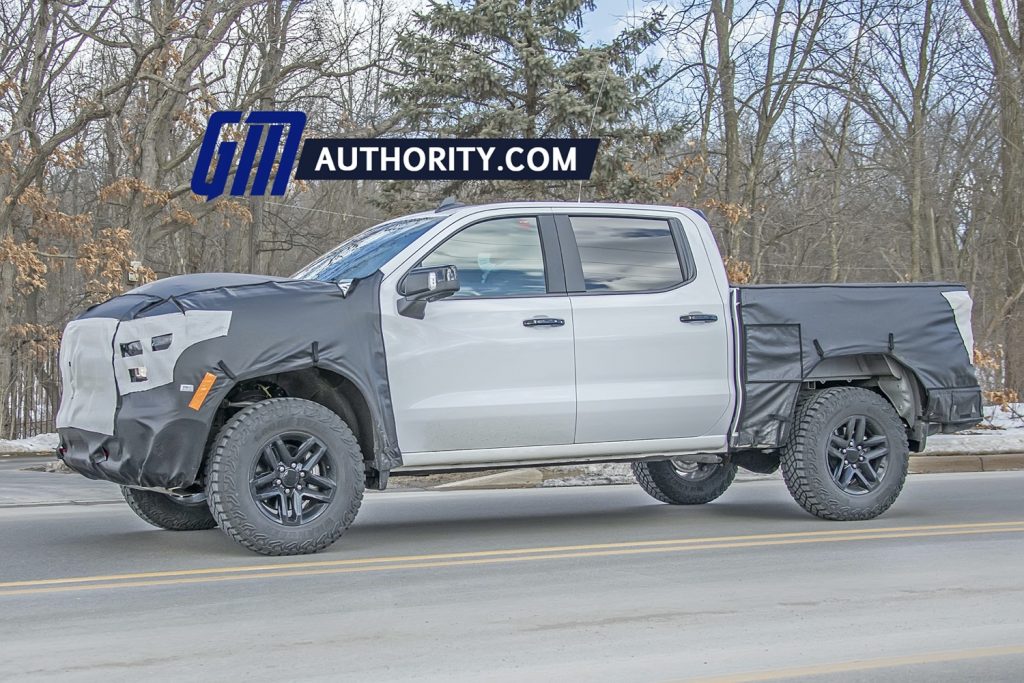 Rumor has it The General is working to develop a new supercharger package for its latest next-generation SUVs. With that in mind, perhaps the camo is actually hiding an elevated hood element housing a new blower to up output on the upcoming Silverado ZR2 to more extreme levels. 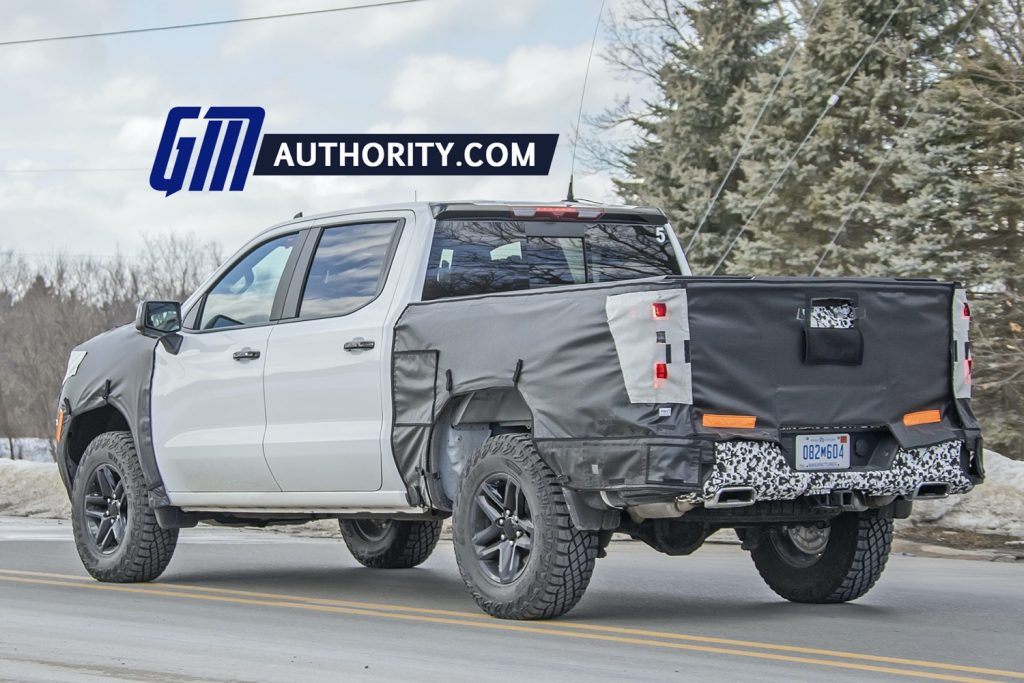 Final details for this 2022 Chevy Silverado ZR2 prototype include new lighting elements, which are once again hidden under heavy camo covers.

Moving into the cabin, the refreshed 2022 Chevy Silverado 1500 is expected to include an all-new cabin as well, with a fresh design for the dash, center stack, center console, and infotainment layout, plus the option for fully digital instrumentation. The GM Super Cruise system is also expected to arrive as an optional extra on High Country trim levels.