Beginning in 2011, Chevrolet built 69 COPO (Central Office Production Order) Camaros a year for competition in the NHRA Stock Eliminator and Super Stock Drag Racing program. As the Chevy COPO Camaro is meant strictly for NHRA competition, it is not street legal. It could not be ordered through dealerships, but only via a special online sign-up and registration program. The buyers would then take delivery at a local dealership. 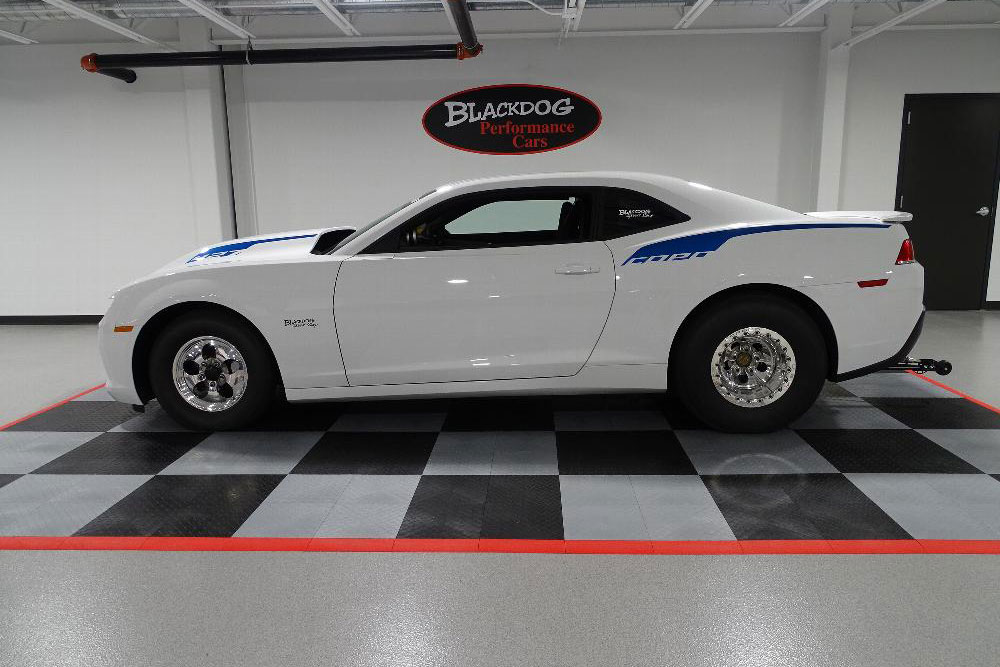 The engine bay is all business, stuffed full of the optional 427 cubic-inch LS7 V8 producing 430 horsepower. It utilizes a Holley engine management system, and can spin to 8,000 rpm. Power is transmitted through a Turbo Hydramatic 400 automatic transmission. 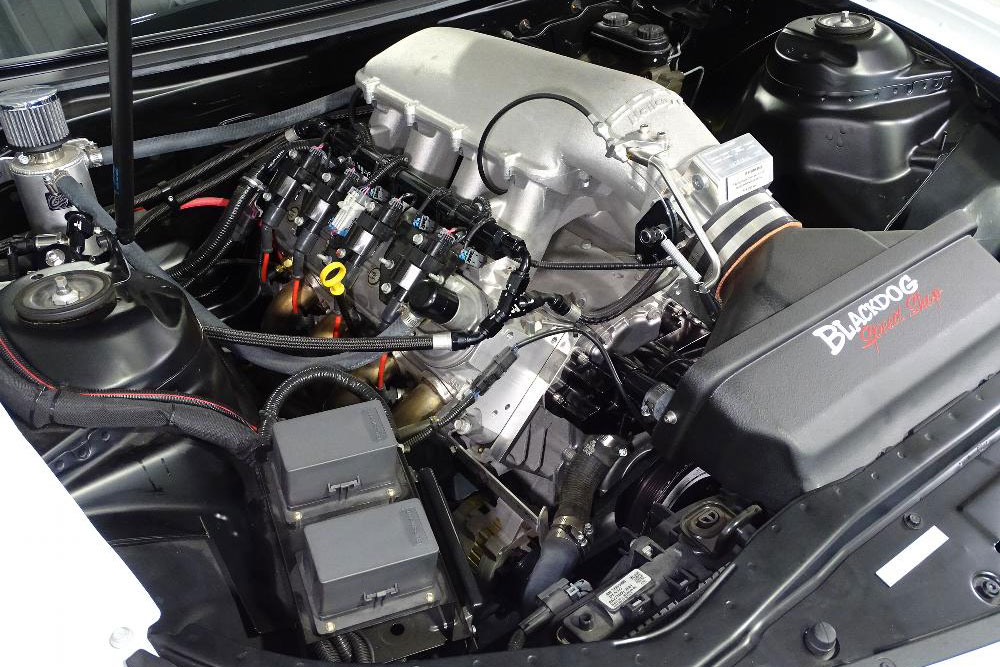 The Chevy COPO Camaros in 2014 were finished in Summit White. The 2014 model year saw a revised front and rear fascia. Emblazoned on the side of the cowl induction power bulge was the new graphic ‘427’, with ‘COPO’ on the rear flank. Our featured car was optioned with wheelie bars and a new design of WELD wheels, with bead locks on the rears. There is a kill switch button on the passenger side of the back bumper. 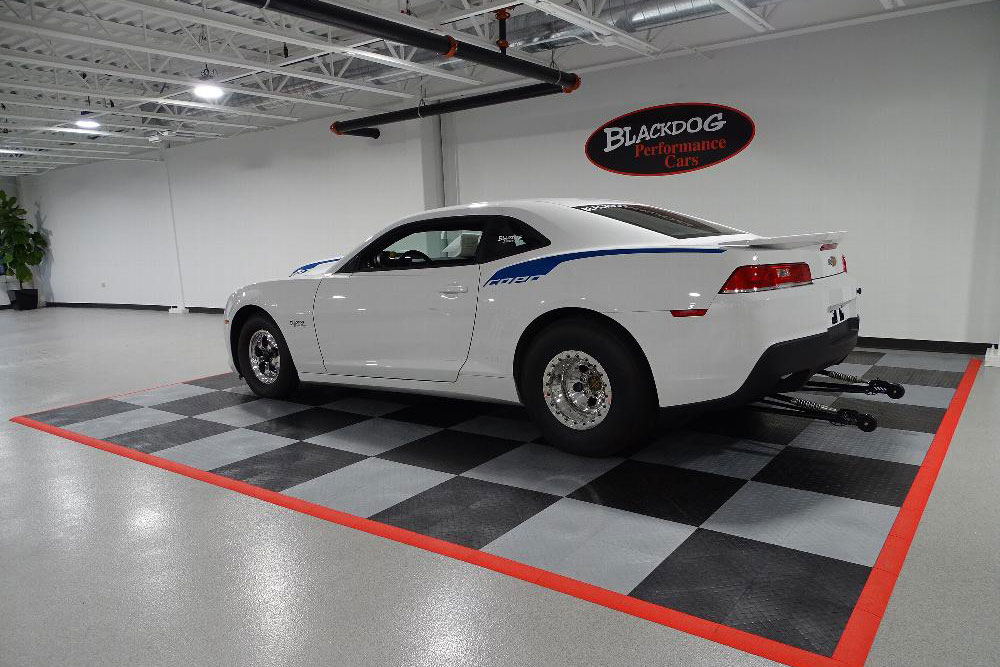 The interior is clearly meant for competition, but is not as spartan as one might think. There are full door panels, carpet, and dash. It also has and NHRA approved roll cage, racing seats (a new design for 2014), a big ratchet shifter in the middle of the transmission tunnel, four gauges in the center of the dash with a raft of switches just below. It is a well-appointed race car, but a race car nonetheless. 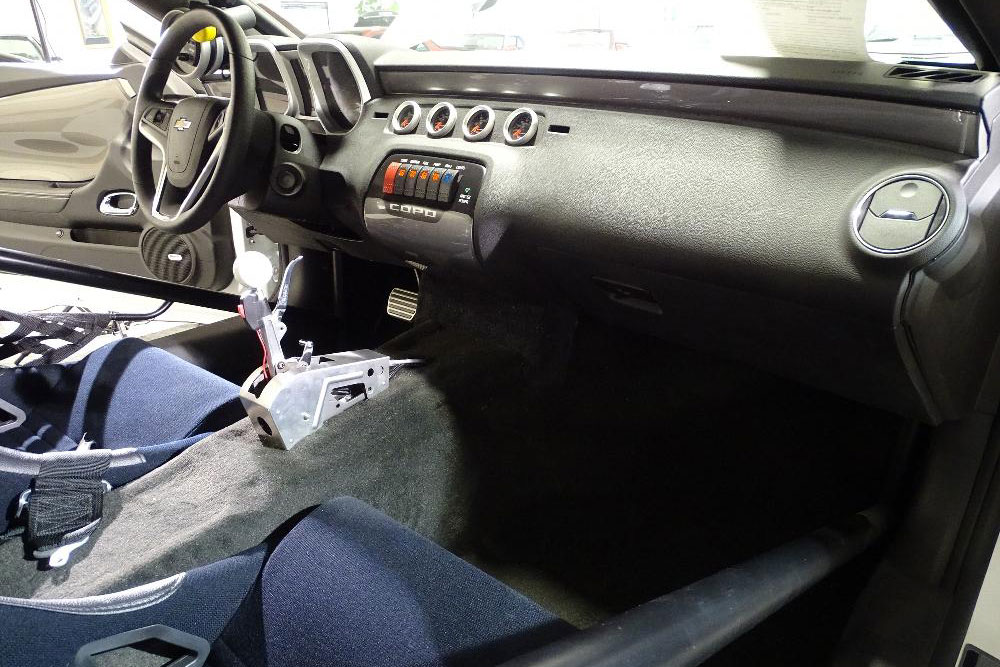 Included with this Chevy COPO Camaro is a Simpson driving jacket embroidered with COPC 2014 and COPO 004. This COPO Camaro is being offered by Black Dog Speed Shop for $65,000. 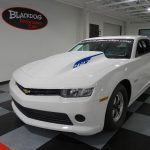 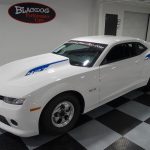 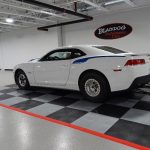 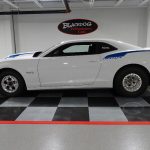 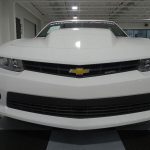 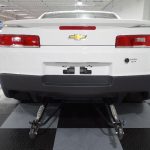 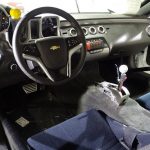 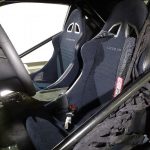 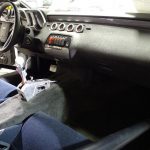 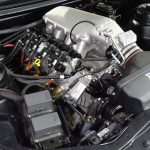 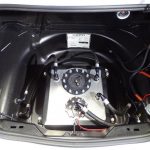