Back in 2019, GM Authority posted a rendering of a brand-new 2021 Chevy Avalanche. Although there’s no indication General Motors has plans to build such a vehicle, we thought it would be a fun thought exercise, and judging by the comments section, a good number of GM Authority readers have lots of love for the sport utility truck. Now, we’re getting a look at this 2011 Chevy Avalanche with an upgraded 6.2L V8 engine thanks to the following video. 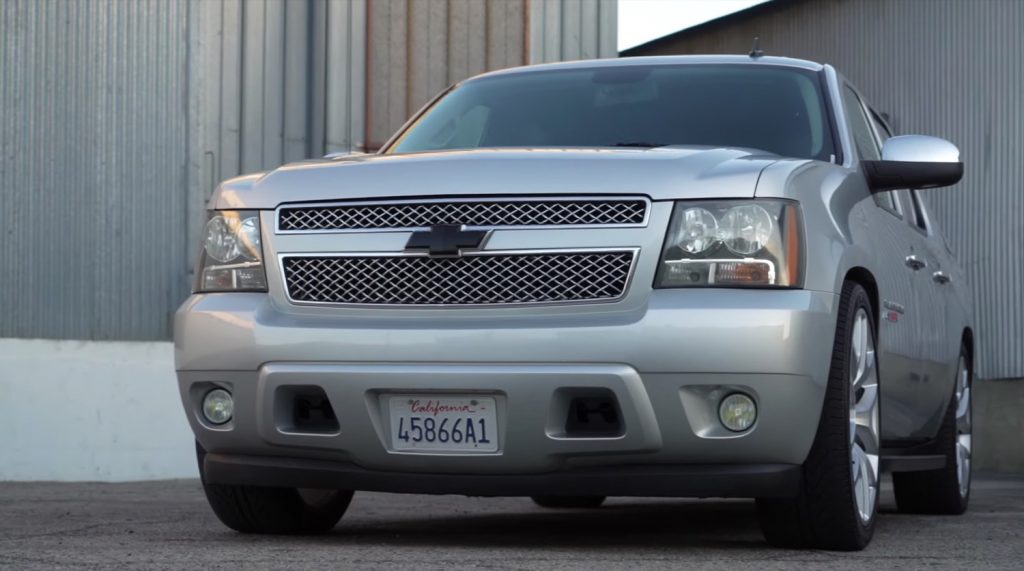 Coming to us from the folks at AutotopiaLA, this video clocks in at 10 minutes, 32 seconds, and features Teo, engine builder and tuner from Teo Tune. You may recognize the name from the go-faster C5 Chevy Corvette we covered back in October, but now, Teo is back with his impressive Chevy Avalanche build.

This particular 2011 Chevy Avalanche originally belonged to Teo’s father, but after he passed away, Teo decided to build the SUT in his honor. 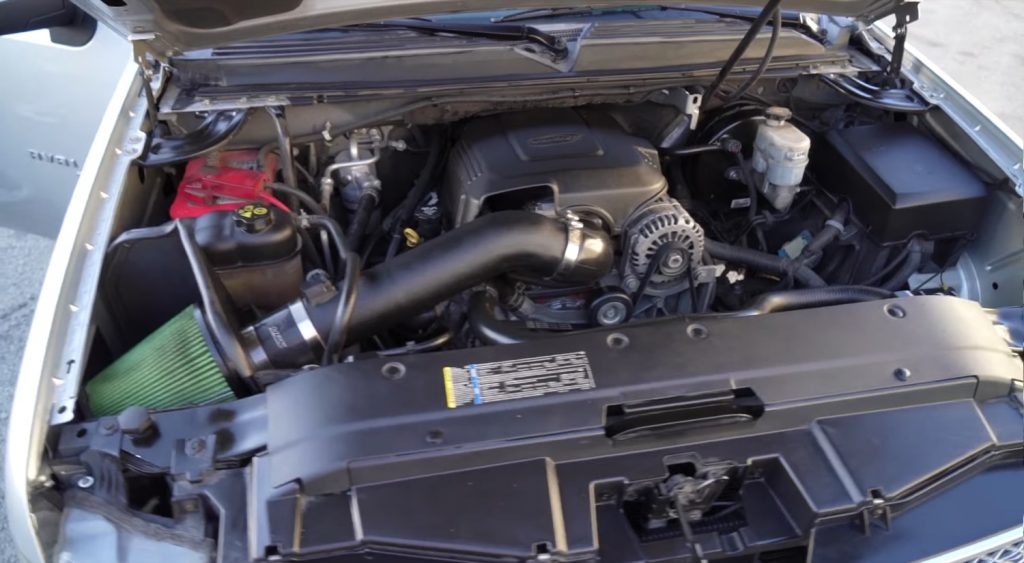 The big ticket item is found under the hood. Although this Avalanche left the factory with a 5.3L V8, it now cradles a custom 6.2L V8. Teo built the engine from the ground-up, with a bored-out 6.0L cast-iron block, LS3 rotating assembly, and LS3 top end.

Output is rated at roughly 470 wheel horsepower when running E85, and 450 wheel horsepower on California 91 octane pump gas – a huge jump over the 320 crank horsepower the truck made originally. And with that power boost comes speed, as evidenced by Teo’s runs down the 1320 at Irwindale.

Complementary mods include a lowered suspension, as well as new rolling gear with 24-inch wheels with 305 tires at all four corners. 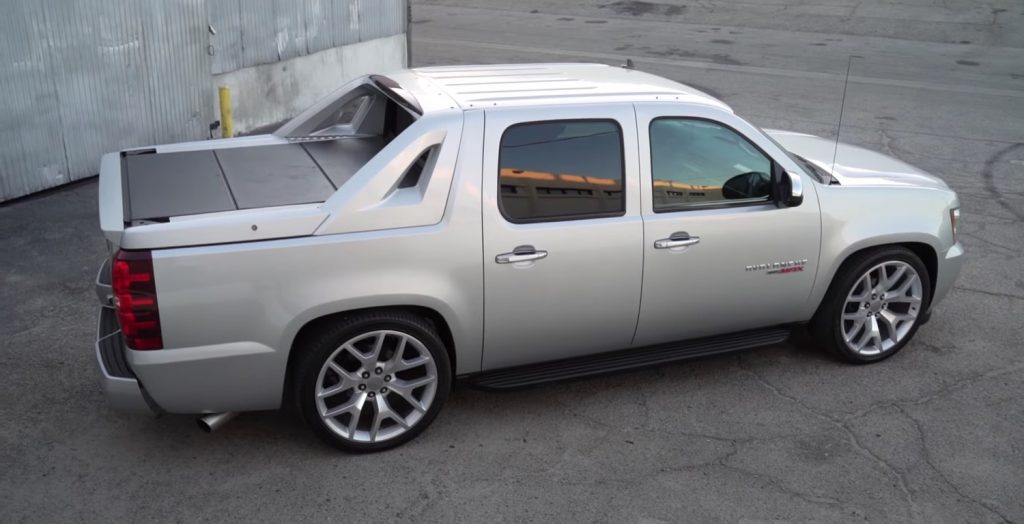 Outside, the Chevy Avalanche looks surprisingly tame, with a clean silver aesthetic that includes a respray for the black plastic material around the bed.

It’s a nice combo, so hit play and check it out for yourself. And make sure to stick around until the end for some fun truck burnouts and donuts.