Nothing says sinister like a glossy black muscle car, and few muscle cars brought the goods like the Buick Skylark Grand Sport Stage 1, or more simply, the Buick GS Stage 1. Stuffed full of Big Block power, the GS was to be feared at the stoplight and the drag strip.

Of course, 1970 was the last year for high compression, full horsepower ratings on domestic passenger cars. The 1971 model year brought new emissions standards, lower compression engines, and net rather than gross horsepower ratings. Naturally, the numbers on muscle cars dropped across the board. By 1972, all the statistics were down, and the heyday of the muscle car craze was in the rear view mirror. 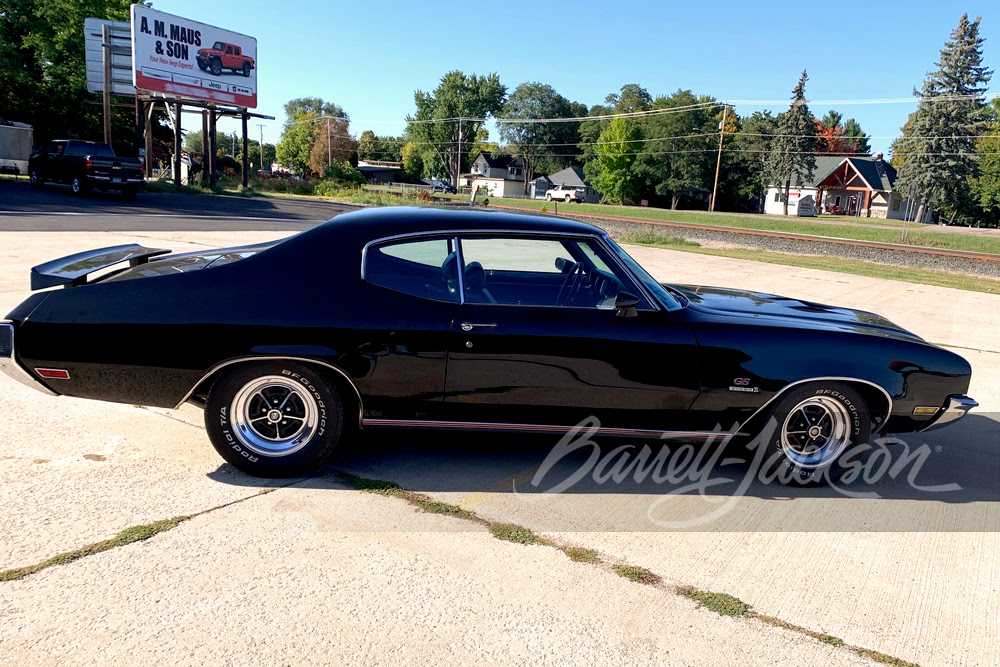 The 1972 Buick GS Stage I was produced in small numbers, with just 728 copies leaving the factory. The 455 cubic-inch Big Block still put out a healthy 270 horsepower and 390 pound-feet of torque, or nearly enough to tow your house down the block. It was available with either a Turbo Hydramatic three-speed automatic transmission or a wide- or close-ratio four-speed manual, and was capable of a 6.5-second zero-to-sixty time. 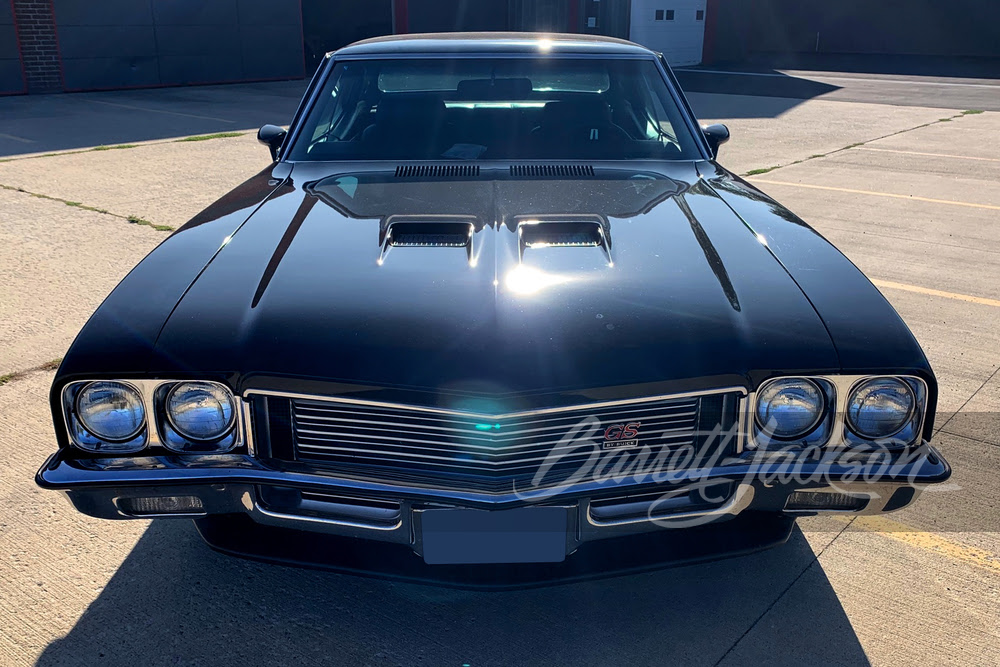 This Buick GS Stage I has an exceptionally glossy black finish, indicative of thoughtful prep and execution. The reflection is impressive, to say the least. Chrome bumpers and trim appear to be in very good condition. Stainless trim has been well polished, and presents without untoward dents or dings. Glass is clear, free from damage. Original Buick Slot Rally wheels are free from curb rash, look to have been recently refinished, and are wrapped in Goodyear Polyglas G70-14 tires. 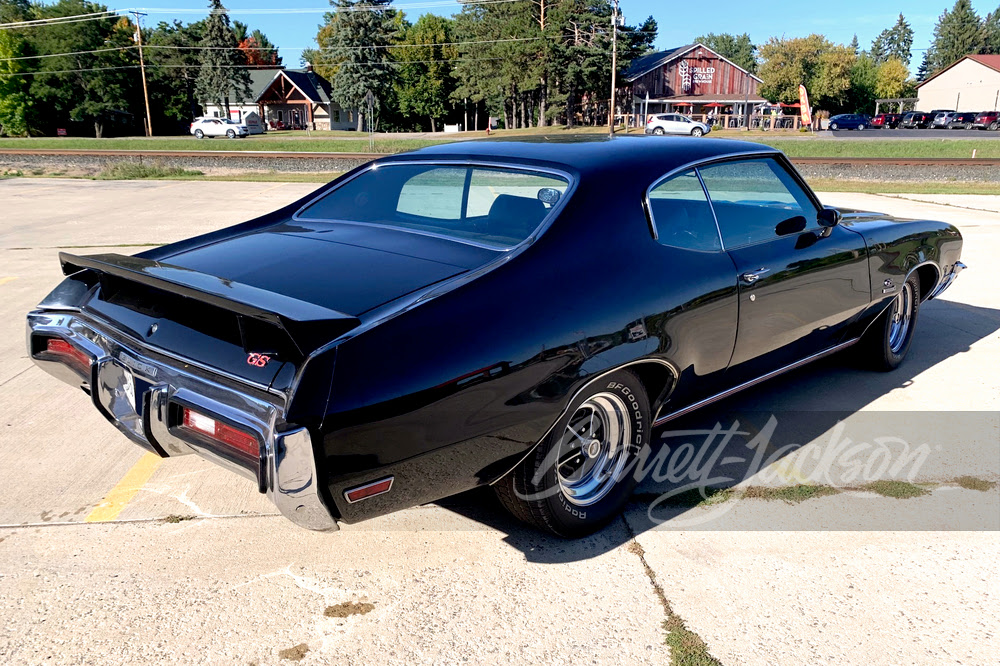 The engine bay of our subject Buick GS Stage I is clean and correct. There is little extra room to be had with the 455 filling most of the space. The foam surrounds for the hood ducts/cold air induction show the telltale crushing of age. The proper air cleaner cover and other componentry are present. Chrome factory valve covers are fitted. The engine bay could stand some light detailing, but that aside, all is as it should be. 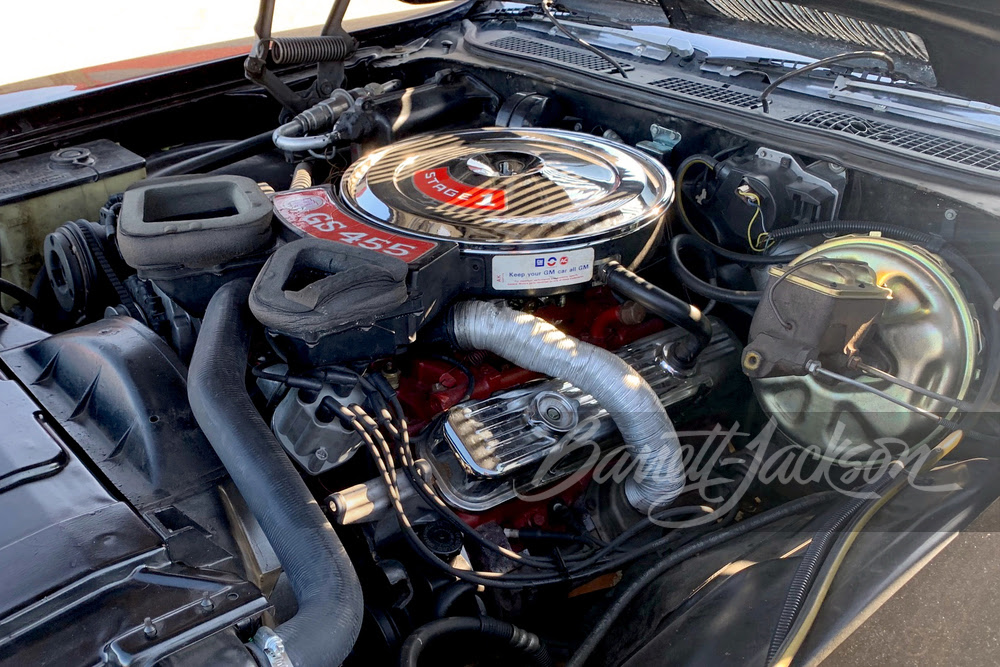 The black vinyl bucket interior of the Buick GS Stage 1 has either been carefully restored or remarkably well cared for, as it shows little indication of wear or fading. The wood trim on the console appears to be free from cracking or delamination. The signature “horseshoe” shifter for the automatic transmission looks factory fresh. Carpets are free from fading. Original factory rubber mats are still with the car. The factory AM/FM pushbutton radio is still in the dash. This Buick GS is equipped with Soft Ray tinted glass, power steering, power brakes with front discs, and factory air conditioning, tilt steering, and auxiliary gauges. 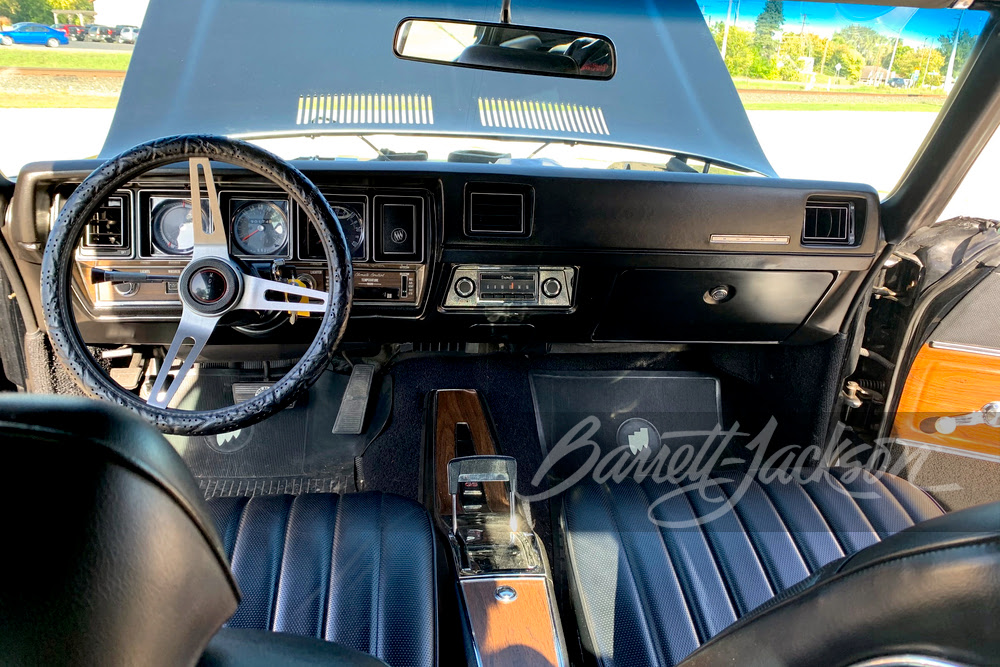 If all of this sounds like your cup of tea, you are in luck; this Buick GS is will be on offer at the Barrett-Jackson collector car auction in Scottsdale, AZ, March 20th-27th. 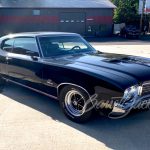 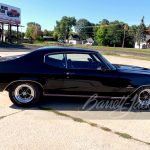 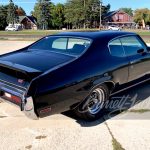 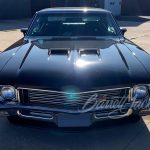 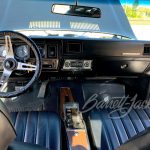 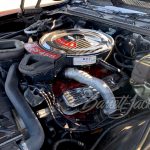