Let’s go racing! Today’s drag strip showdown is between a 1970 Pontiac GTO and a 1969 Plymouth Barracuda. This is a Pure Stock Muscle Car Drag Race. Rules from the PSMCDR dictate the cars must be built between 1955 and 1979, have been from a US or Canadian assembly plant, have had a minimum 12-month warranty (no race specials), and must not run faster than an 11.50-second time for coupes or 13.50 for convertibles.

Almost everything has to be original or the same spec as delivered. Engines may be bored out no more than .070, you may convert your traditional points to electronic, provided it fits under the distributor cap, and you are allowed to run tires one size up from original, but they have to be either bias-ply or radial replacements, which ever is appropriate for your car. Aside from those exceptions, very little deviation from stock is permitted. 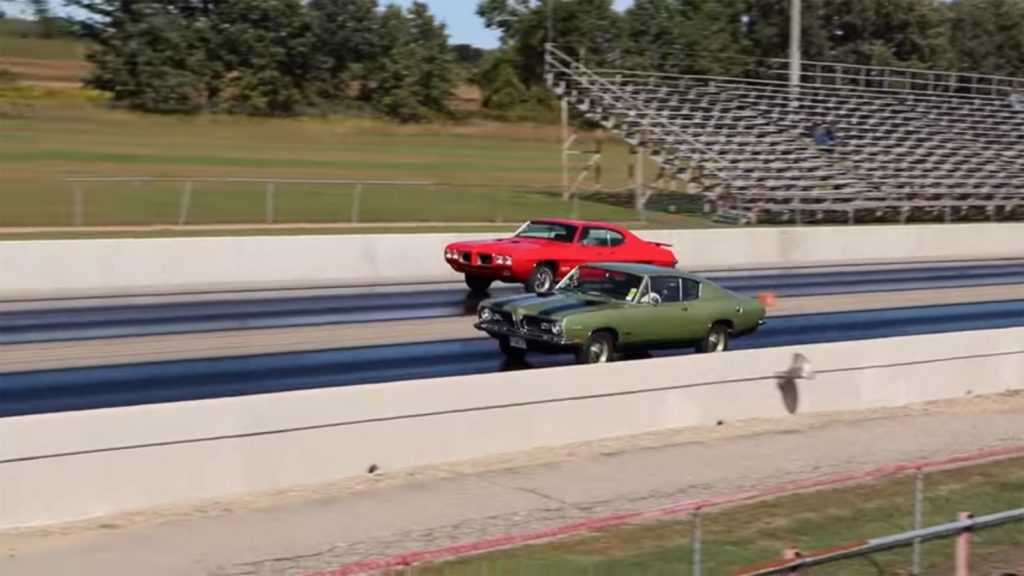 This 1970 Pontiac GTO is equipped with a 455 cubic-inch mill producing 360 horsepower and a massive 500 pound-feet of torque, with a compression ratio of 10.25:1. It pushes that power to the Safe-T-Track rear end and 3.55 rear gears through a three-speed automatic transmission. She tips the scales at a hefty 4,024 pounds with driver. Original testing done by Car Life magazine in April of 1970 resulted in a 14.8-second elapsed time for the quarter mile at 95.9 miles per hour. 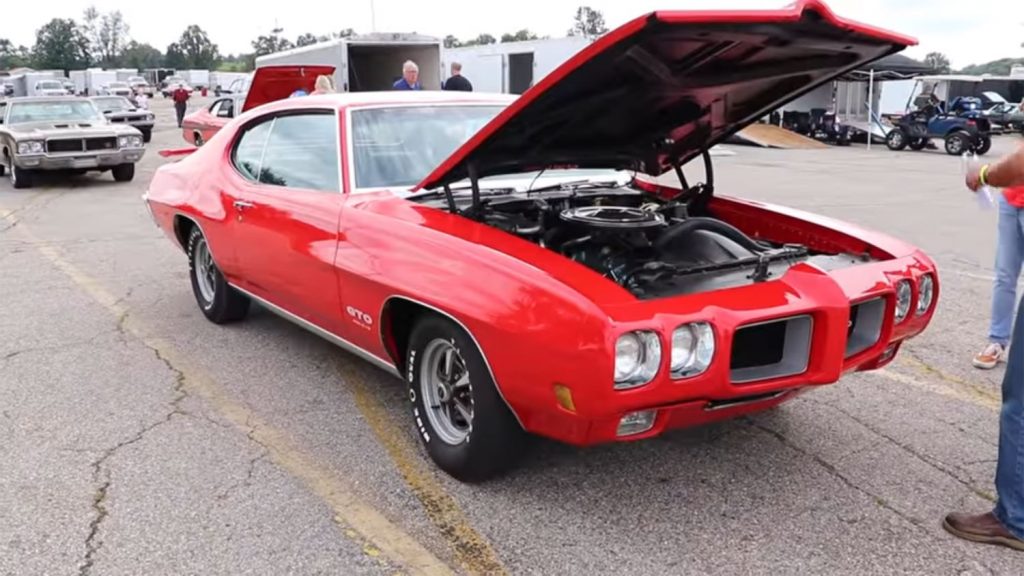 The 1969 Plymouth Barracuda in today’s duel has an ultra-rare (one of only 340 built in 1969) M-Code 440 producing 375 horsepower and an impressive 480 pound-feet of torque. Compression is 10:1. Power moves through a TorqueFlite three-speed automatic to a set of 3.91 gears. The weight with driver is 3,604 pounds, giving the Plymouth a 400-plus-pound advantage over the GTO. Car Life magazine tested an M-Code Barracuda in June of 1969. The Plymouth laid down a 13.89-second quarter mile run at 103.2 miles per hour. 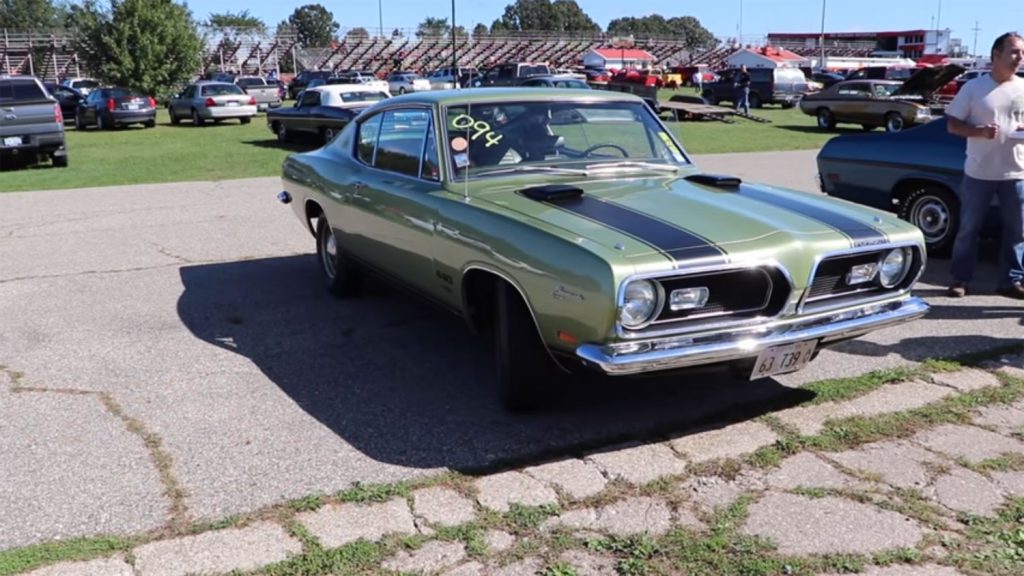 This was a best-of-three battle. Let’s see how everything shook out. On the first pass, the Pontiac GTO laid down a 13.54-second elapsed time at 102.57 miles per hour, but the Barracuda had a much better reaction time, and crossed the finish line first with a 13.60-second time at 103.42 mph. WINNER: Barracuda. 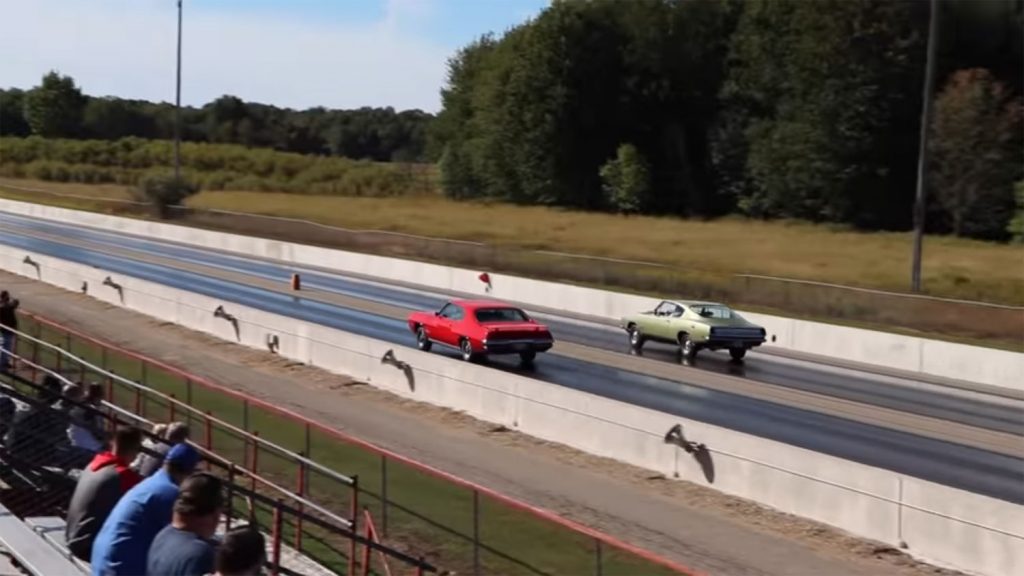 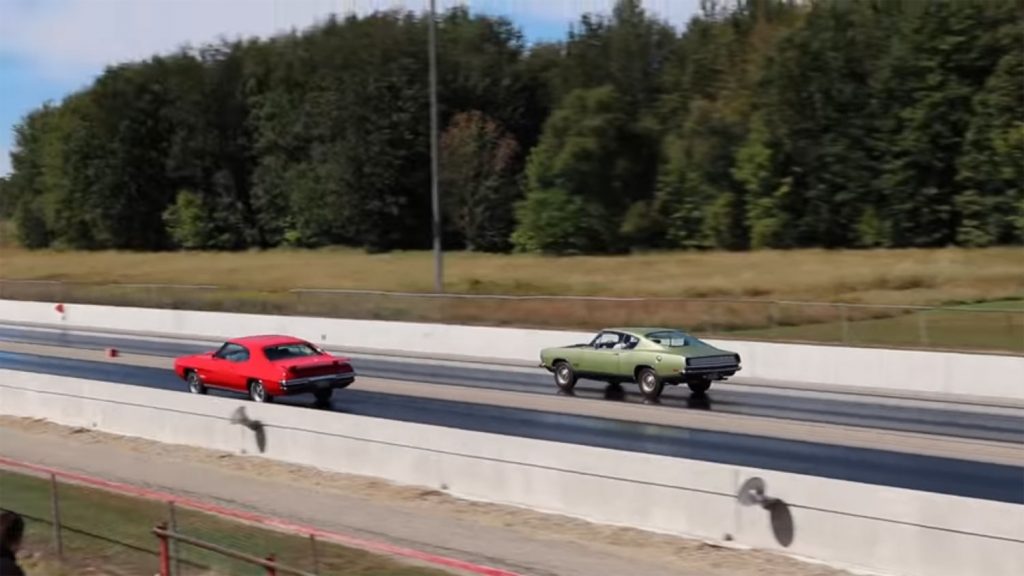 Despite the Barracuda having already won two rounds, the drivers decided to give it one more go. The Pontiac GTO managed a 13.52-second run at 101.74, its best pass, but redlighted, automatically handing the win to the Barracuda. The Plymouth ran a 13.51-second pass at 103.25, meaning it would have won even if the GTO hadn’t jumped the gun.

Check out the action in this video from Cars and Zebras: 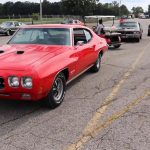 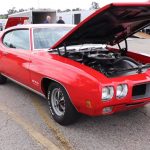 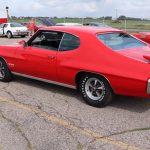 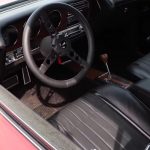 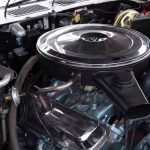 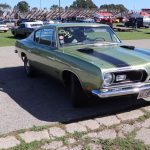 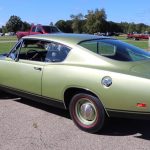 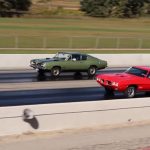 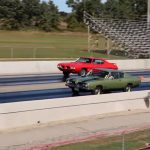 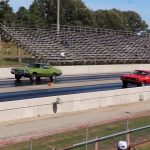 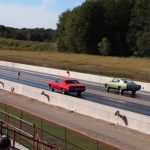 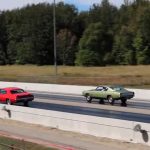