Let’s go racing! It’s Chevy versus Mopar as our 1969 Chevy Camaro SS hero car takes on a 1970 Dodge Challenger R/T in this pony car showdown. First, the background and the stats… 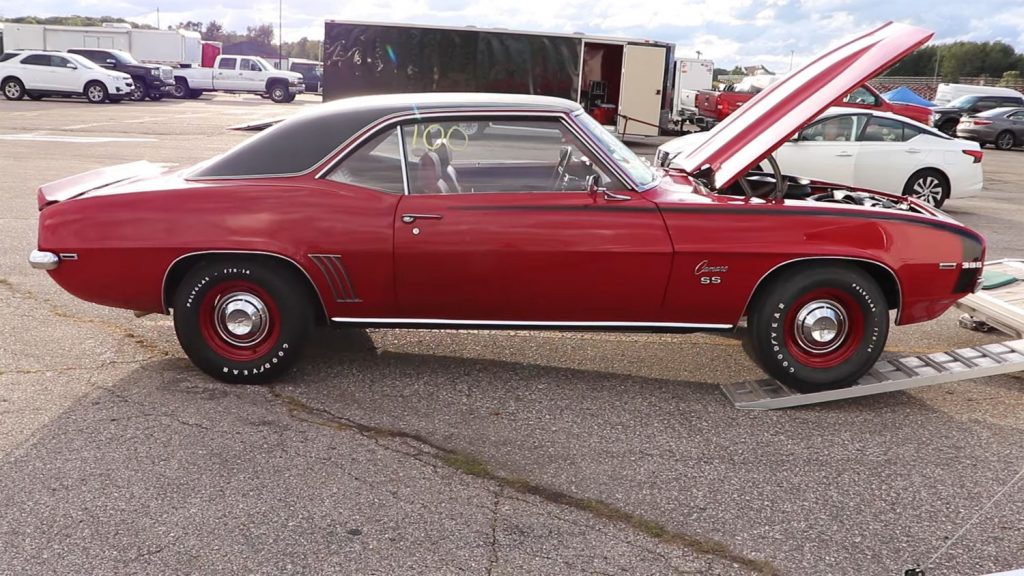 The 1969 Chevy Camaro SS package, Regular Production Order (RPO Z27) sold 34,927 copies. It came standard with a 350 cubic-inch V8 producing 300 horsepower, a floor-mounted three-speed manual transmission, power disc front brakes, special hood, suspension, trim, striping, hood insulation, raised white-letter tires on 14×7 inch wheels, SS emblems on the fenders, rear panel, and grille. The SS package also included dual exhaust with chrome tips. This Camaro SS is optioned with the legendary L78 396 cubic-inch Big Block, with 11.0:1 compression ratio, cranking out 375 horsepower and 415 pound-feet of torque. It is backed by a four-speed manual, and Positraction rear end with a 4.10 gear ratio. It weighs in at 3,590 pounds with the driver. Super Chevy Magazine tested a Chevy Camaro SS L78 396 when new, and it laid down a 14.16-second quarter-mile time at 101.13 miles per hour. 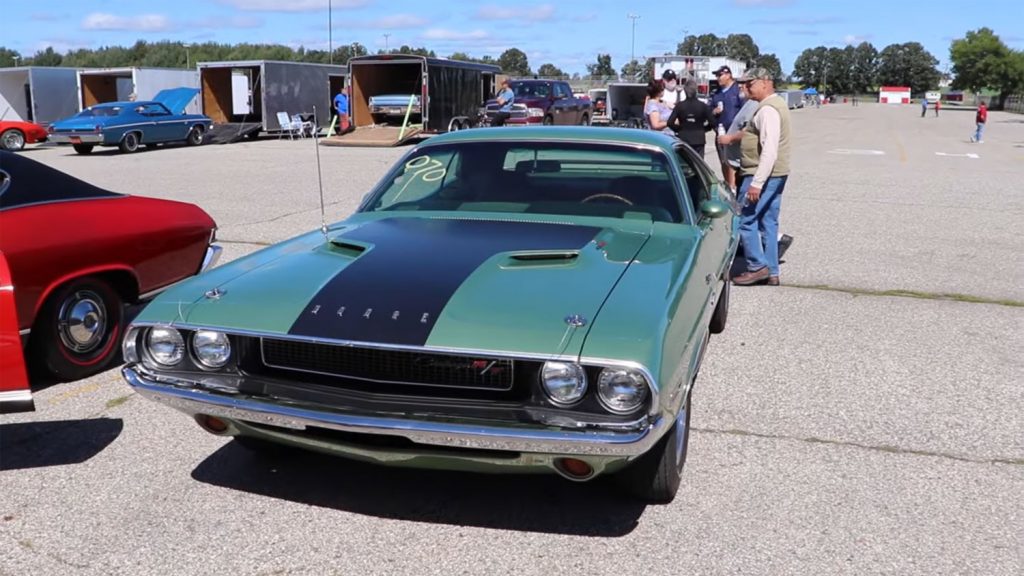 The Dodge Challenger R/T came standard with the 383 Magnum B-series engine, dual exhaust, floor-shifted three-speed manual, 3.23 gears, Rallye suspension, and HD 11-inch drum brakes. The R/T package also boasted a performance hood with twin scoops, engine emblems on the side of the power bulge, a black grille surround, and longitudinal stripes at no extra cost, F70-14 raised white-letter tires, and bright quad exhaust tips. Our ‘challenger’ Challenger is optioned with a 440 cubic-inch Magnum V8 with 9.7:1 compression generating 375 horsepower and 480 pound-feet of torque. It transmits that power through a four-speed manual to the Performance Axle pack with 4.10 rear gears. With driver, the Challenger tips the scales at 3,856 pounds. Hot Rod Magazine tested the 1970 Challenger R/T 440 Magnum when new, posting a 14.54-second quarter-mile time at 98 miles per hour. 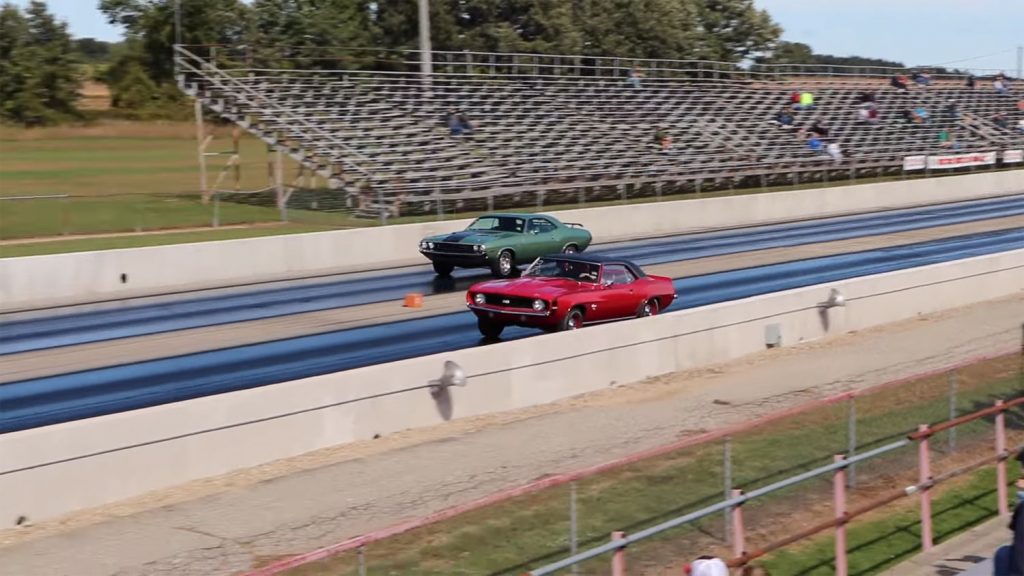 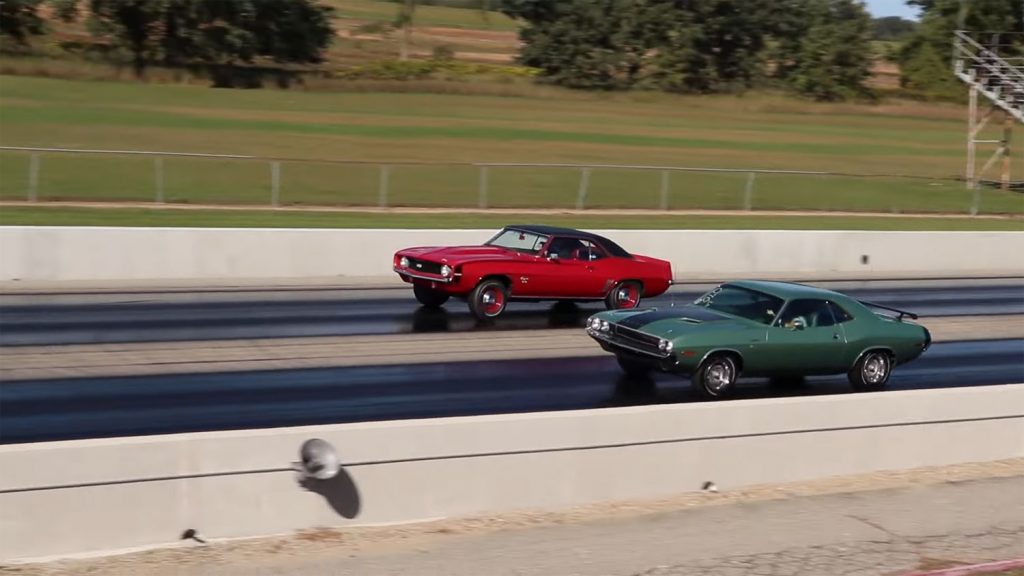 Both of these cars are solid performers, running within a hair of each other. The Chevy Camaro driver just happened to be very quick off the line, securing the best-of-three challenge with superior reflexes. You can see all the action in this video from Cars and Zebras. 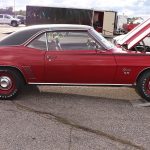 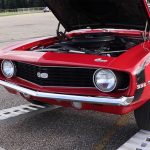 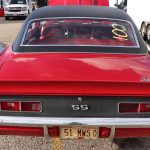 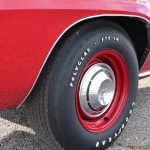 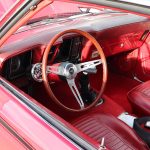 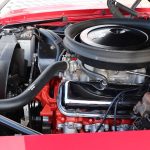 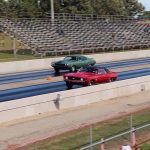 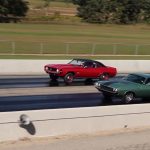 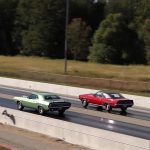 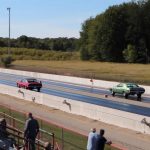