Fans of legendary rock ’n roll artist Elvis Presley can get a little closer to The King with a winning bid for this 1967 GMC pickup, which is now headed to auction. 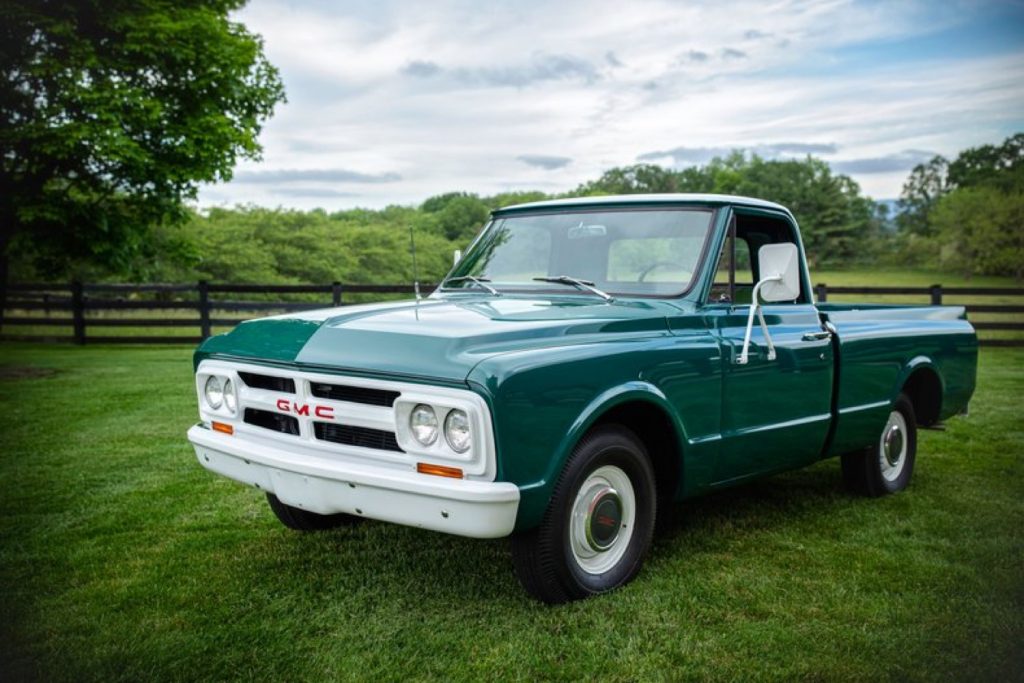 This particular vehicle was one of three 1967 GMC pickup trucks that Elvis purchased on February 8th, 1967, for use on his Circle G Ranch in Mississippi. The vehicles were purchased new from Guy Caldwell Motors in Senatobia, Mississippi, with the other two pickups finished in Red and Blue, respectively. The model featured here was finished in Green. 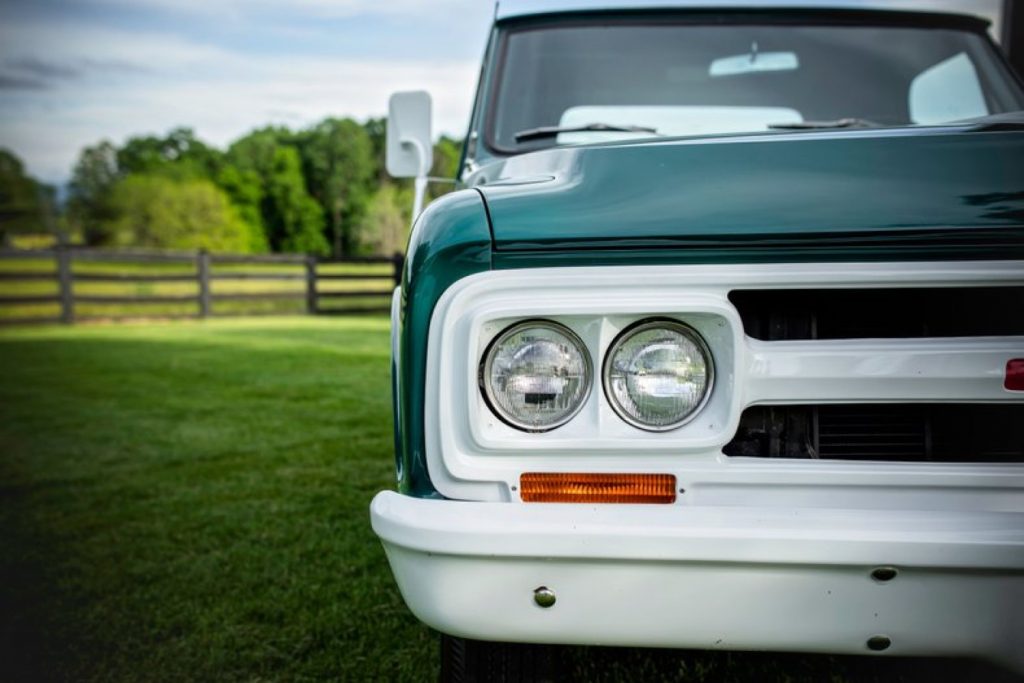 The truck was used for about a year on the Circle G Ranch before it was sold to Haynes Motors in Maryland. According to the vehicle listing, the truck was used by Circle G employees to pick up a horse Elvis had bought, when mechanical troubles prompted the truck’s sale. 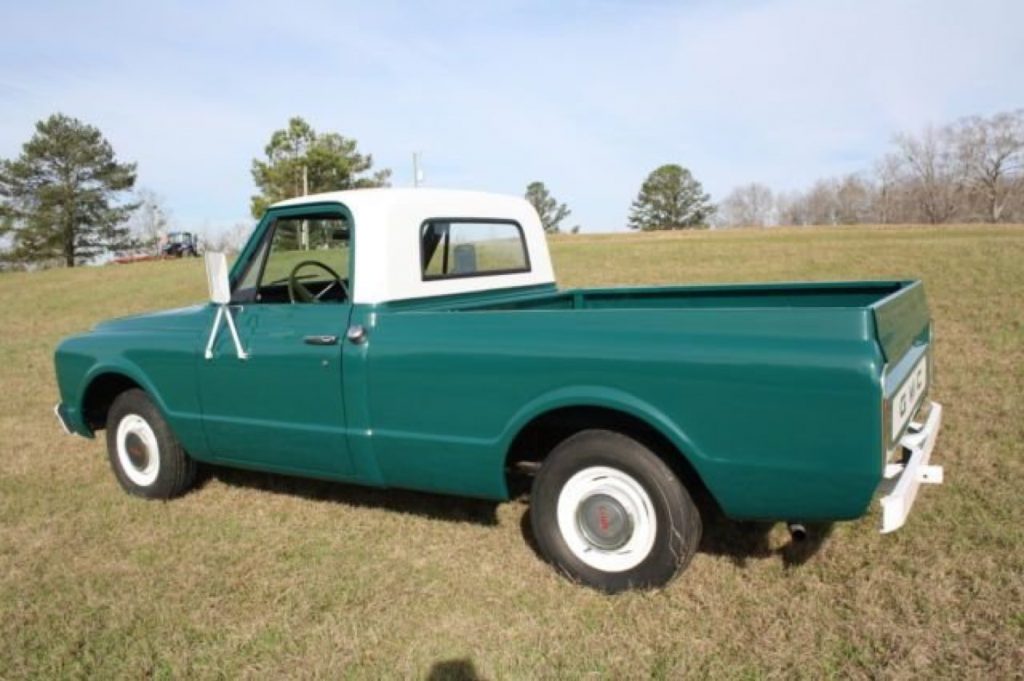 As the story goes, this 1967 GMC pickup was repaired and driven by the dealership’s head mechanic before it was sold to a new owner in Florida, then sold again for display in an Elvis Presley Museum. Apparently, the truck has been on display at various museums around the country, then restored to its current condition roughly four years ago. 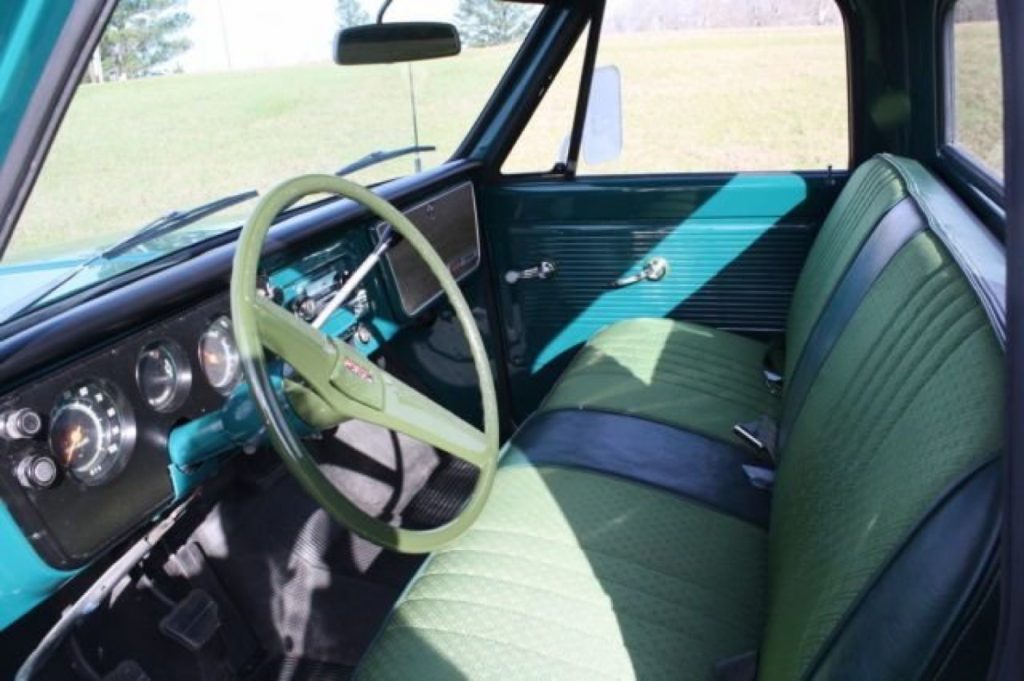 The restoration included removal of the bed and engine, but not the cab. “While working on the paint, we discovered a few different colors so I feel the truck has had about three paint jobs prior,” the listing states. “Original Green, then red, then back to green (poor quality paint) then this last high-quality paint job that it has now.”

It’s also worth noting that the truck no longer has the same side mirrors shown in previous vintage photos.

The sale includes “a large portion” of the original parts no longer installed on the vehicle, while the dash was signed by Jay Leno and Blake Shelton after it was featured on an episode of Jay Leno’s Garage. 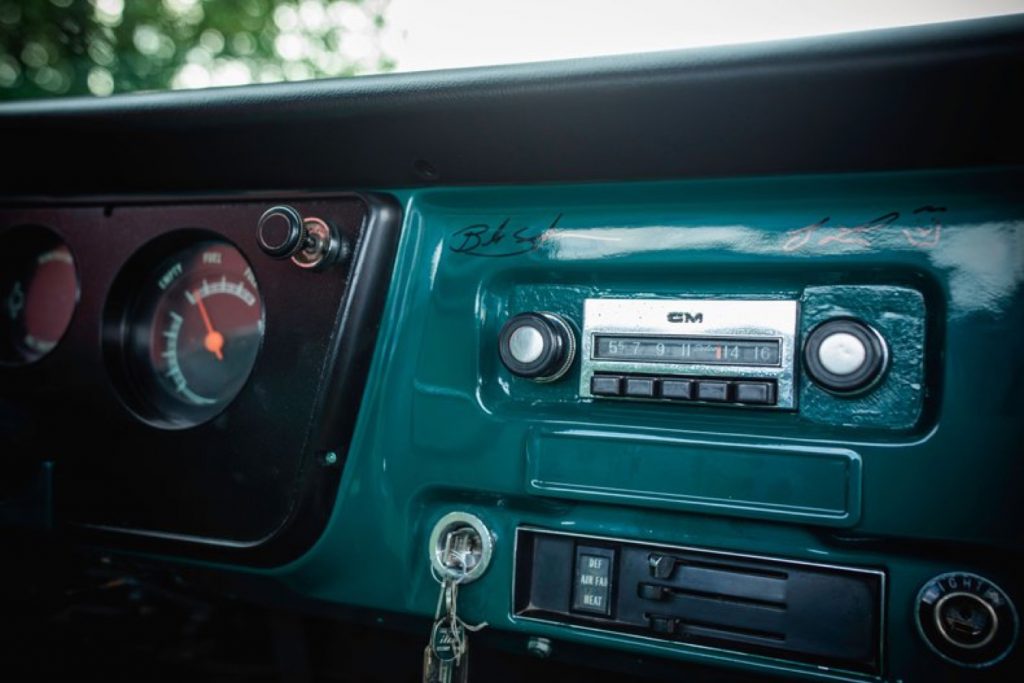 Under the hood, we find an inline six-cylinder engine connecting to the rear wheels by way of a manual transmission with a column-mounted shifter. The seller states that the GMC pickup has 83,000 miles on it.

Now, Elvis’ 1967 GMC pickup is listed for auction by GAA Classic Cars as Lot ST0071, and will be up for grabs Saturday, February 27th, alongside an additional 184 collectible vehicles.