The boys at The Roadster Shop are cruising up and down the east coast of the U.S. in a new web series dubbed “Road Tour.” We’ve seen The Roadster Shop’s shenanigans before, including in a 1955 Chevy Coupe with 1,300 horsepower, and a 650-horsepower Chevy pickup. Now, we’re getting a look at another pair of Roadster Shop-prepped Bow Tie muscle cars in the following Road Tour episode featuring a 1963 Chevy Impala and a 1970 Chevelle. 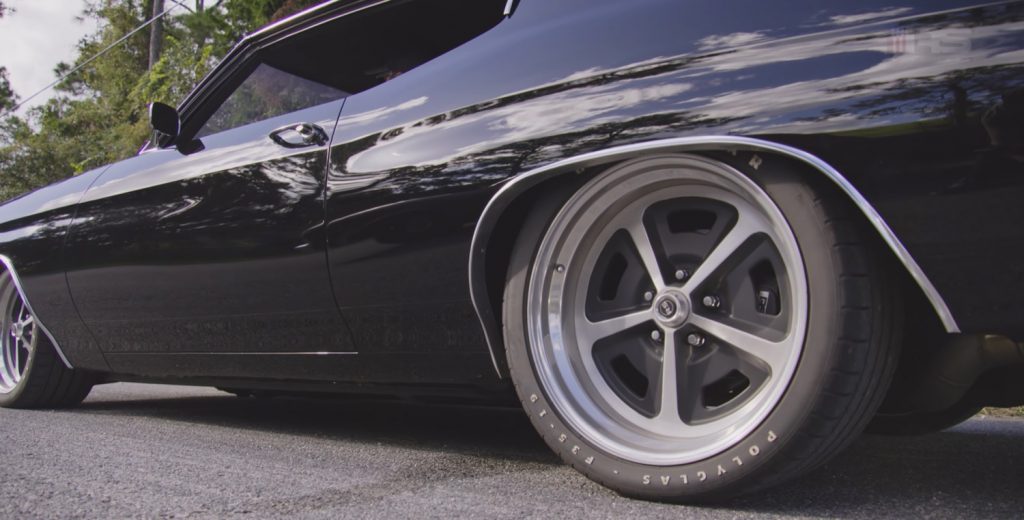 The video opens with a quick rundown on the 1970 Chevelle, which was originally equipped with a 350 Small Block V8 engine mated to a TH350 transmission, plus Medium Green Metallic paint. Now, however, this Chevelle is a whole lot more. Under the hood, it’s rocking a new LSX 454 crate engine, which is dressed to look like a tradition Big Block and drives the rear wheels by way of a T56 six-speed transmission. Output is around 720 horsepower. Under the skin is a Roadster Shop Spec Chassis, while the exterior was repainted black with white stripes. Inside, there’s also a set of Dakota Digital gauges to keep tabs on vitals. 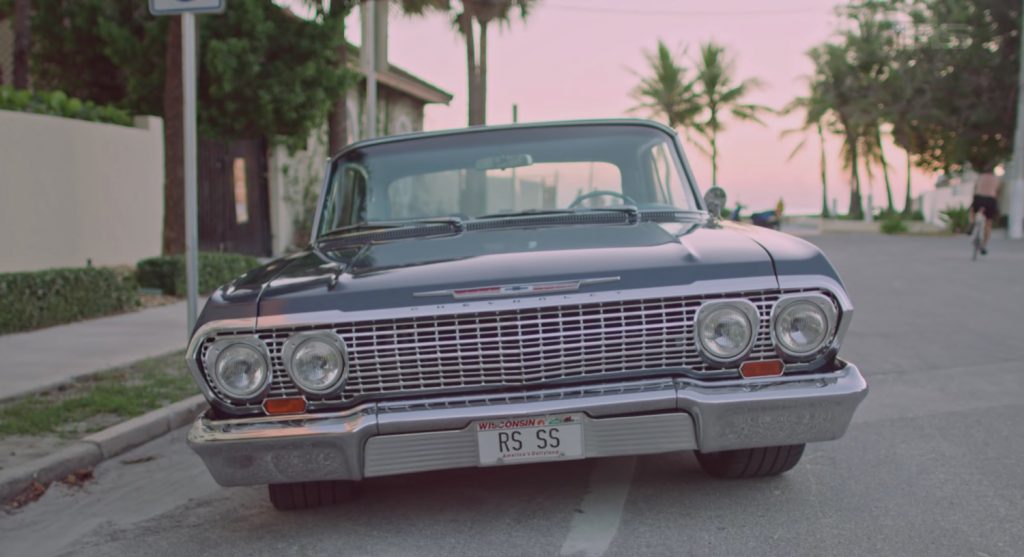 After cruising to Hilton Head in South Carolina, The Roadster Shop crew decide to roll out to the beach. Riding with them is another Roadster Shop creation, namely this 1963 Chevy Impala. Originally purchased with a 283 Small Block and Powerglide transmission, Barry’s Chevy Impala now runs an LS3 V8 create motor, which produces just under 500 horsepower. The Roadster Shop’s Fast Track 9-inch chassis provides the bones, while the exterior is studded with Forgeline RS6 wheels. 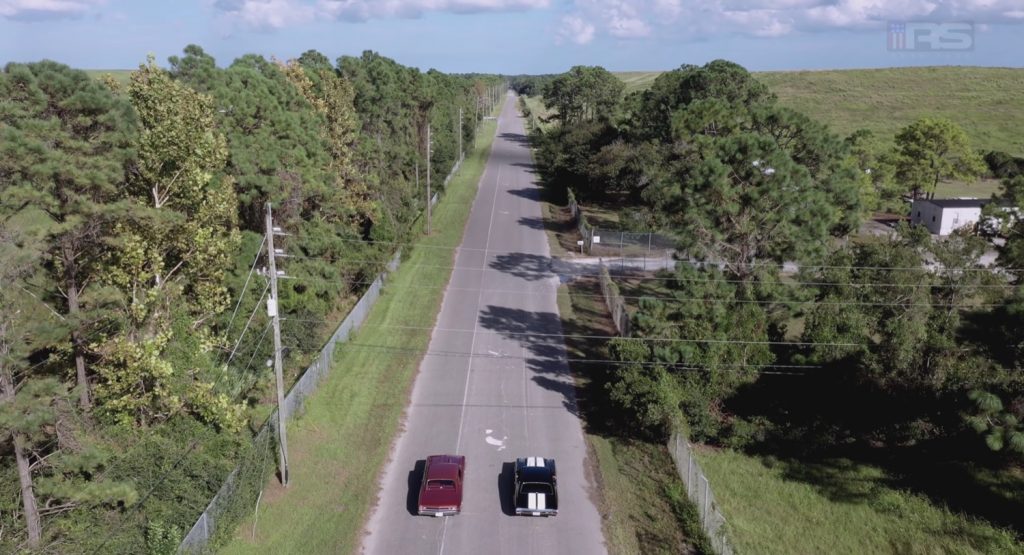 Fast forward to the crew’s arrival in Jacksonville, Florida, and suddenly the crew finds a deserted back road with a long straightaway. Naturally, with so much horsepower on deck, some straight-line speed contests are inevitable, resulting in a sweet sound track and plenty of smoke.

Check it out for yourself in the video below: