In the early 1960s, the National Hot Rod Association had a one-year-only class specified as Optional Super Stock. A 1961 Chevrolet Biscayne built and owned by Bill “Grumpy” Jenkins and Dave Strickler set the national NHRA record in OSS, laying down a 13.24-second run at 106.64 miles per hour. 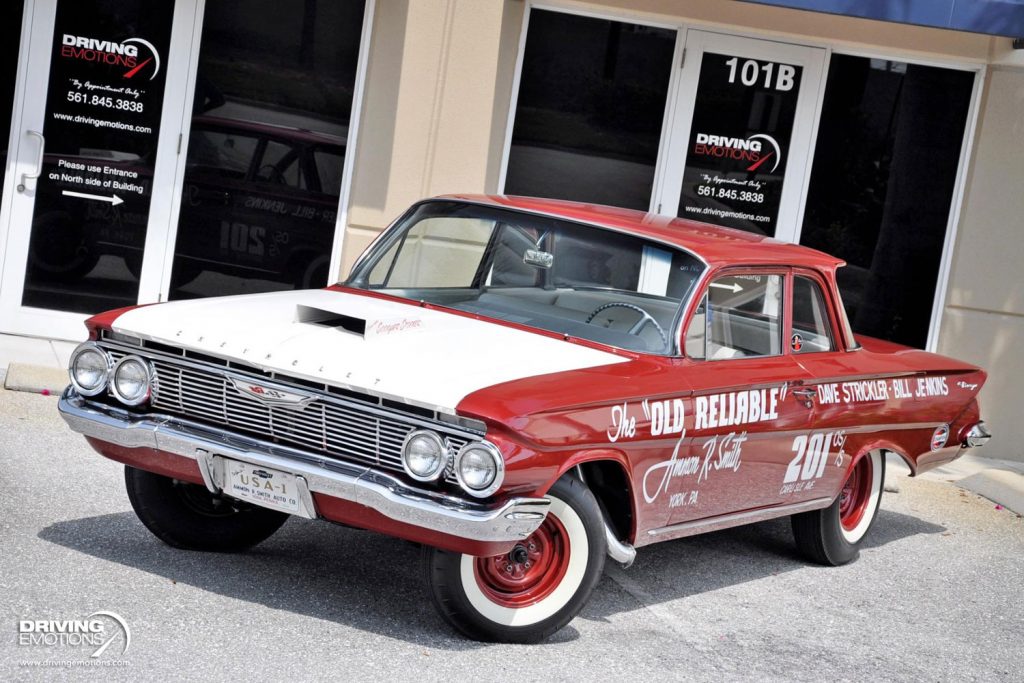 Bill “Grumpy” Jenkins is drag racing royalty. Educated and trained as an engineer, he built winning engines and raced in the National Hot Rod Association from the 1950s to the 1970s, when he retired as a driver and became a team owner. He was inducted into the International Motorsports Hall of Fame, Motorsports Hall of Fame, and was ranked eighth on the NHRA Top 50 Drivers of All Time. He was the first drag racer to realize mainstream national exposure.

Jenkins used to eat dinner every Wednesday evening with his friend, restauranteur and real estate developer Terry Brennan. Brennan once asked Jenkins of all the cars he had raced, which would he most like to have back. Jenkins answered, “The first ‘Old Reliable’, the ’61 Chevrolet Biscayne coupe 409.” Jenkins had searched for nearly 30 years for the car, but to no avail. 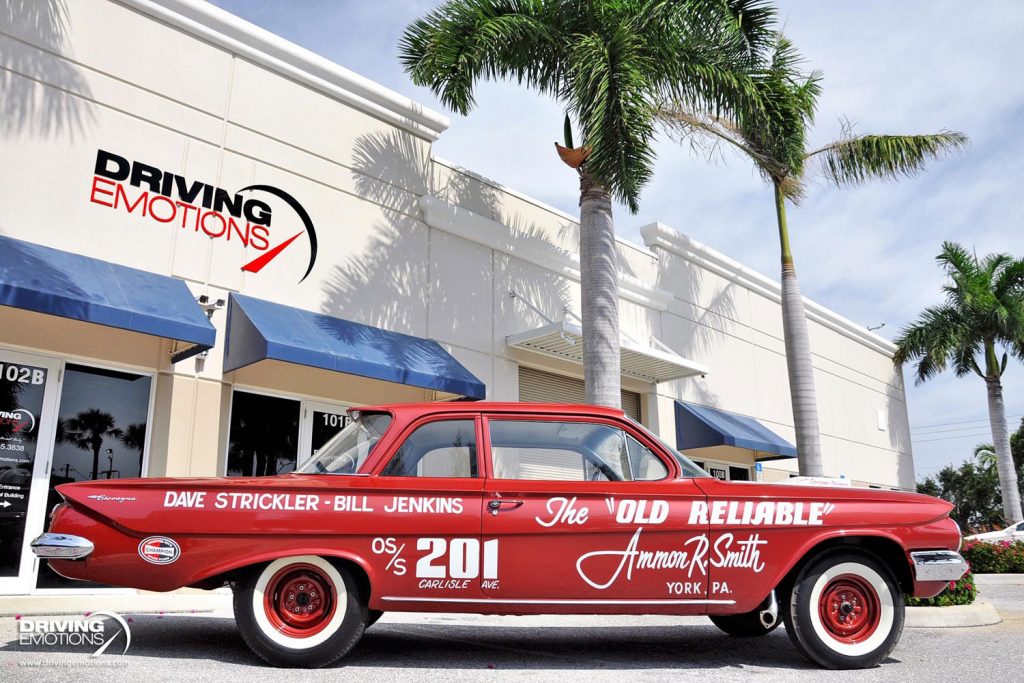 With that, Brennan decided to build an extremely accurate ’61 Chevrolet Biscayne tribute car, with Jenkins’ supervision and help. After a long search, a donor Chevrolet Biscayne was located in Arizona. Brennan recruited friend and award-winning builder Ronnie Evans to help with the build. 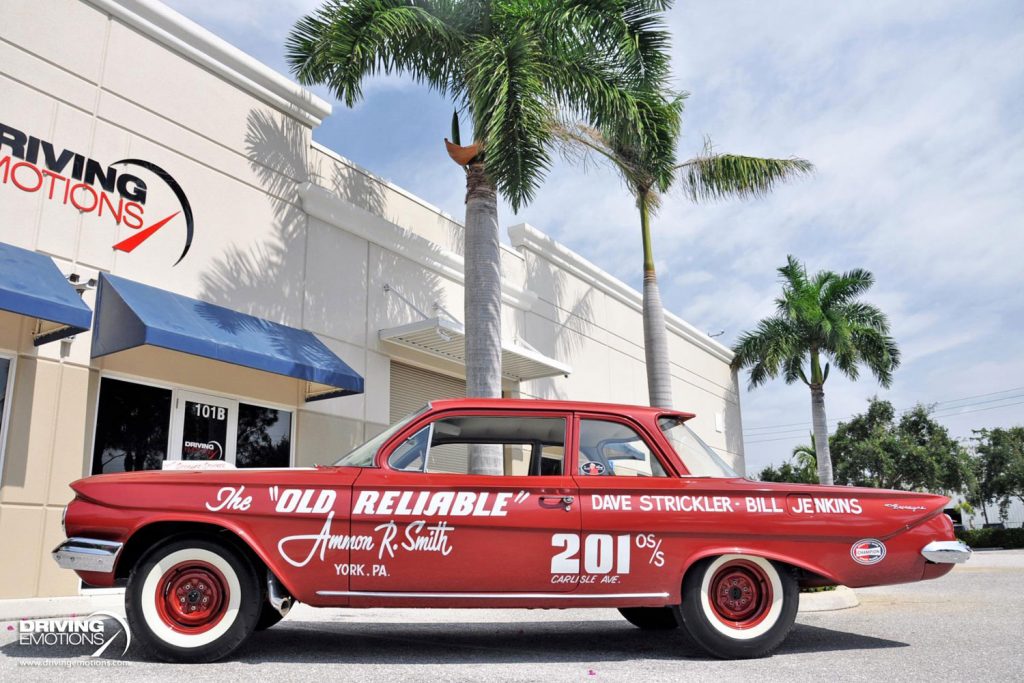 It took four years to transform the Chevrolet Biscayne into the Old Reliable tribute. Brennan went to great lengths sourcing all the NOS parts. Evans took every part down to bare metal and began refinishing.

The exterior of the car is finished in Honduras Maroon metallic. Jenkins said the car should not be flawless. The original Chevrolet Biscayne had a fair bit of orange peel in the finish. The tribute car shares this, keeping with the appearance of the original. The hood is painted white, with the riveted hood scoop, same as the original car. The painted lettering is accurate, having been confirmed from period pictures. Chrome bumpers present as new, complete with the Ammon R. Smith sticker in the center of the rear bumper. Stainless trim is all well polished. The station wagon steel wheels are painted the same hue of Honduras Maroon, and are wrapped in Goodyear bias-ply wide whitewalls. 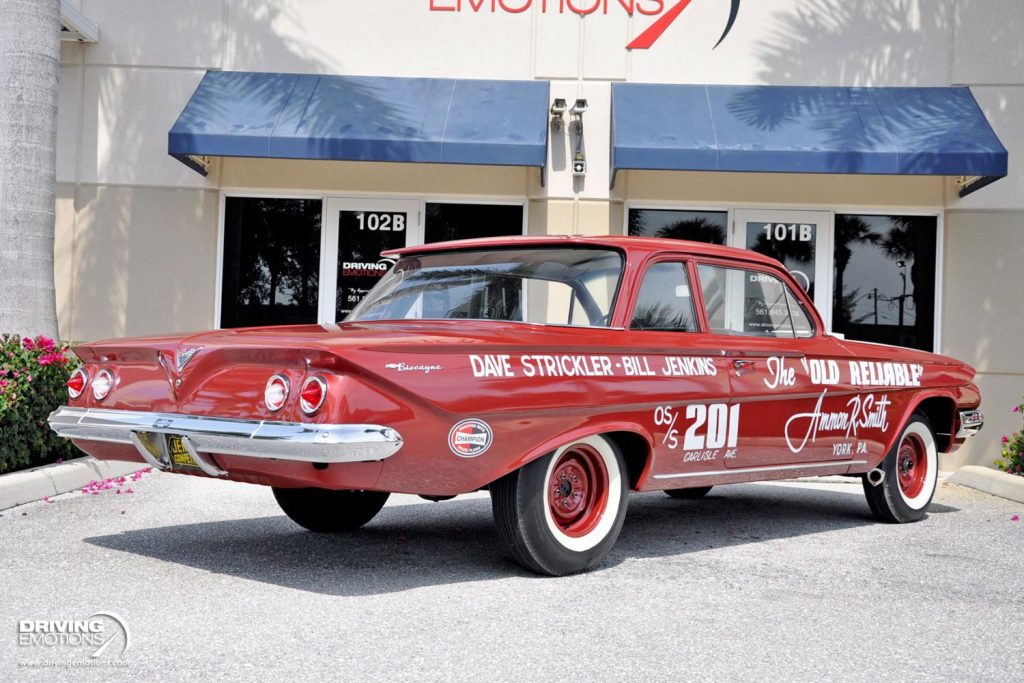 When the paint was completed on the Chevrolet Biscayne, all of the factory paint markings and tags from 1961 were replicated, including marks on the firewall indicating the car was a heater- and radio-delete, just like the original. These can be seen in the spotless engine bay. The 409 housed there is one that Jenkins had tuned when new. The sides were removed from the air cleaner to allow better breathing. Master header builder Jerry Jardine crafted the Tri-Y headers. They are identical to the set he made for the original car. They exit just aft of the front tires. Purists will note the rocker covers are painted orange, not silver, and lack decals. Jenkins insisted that is how the original 409 came from the factory. 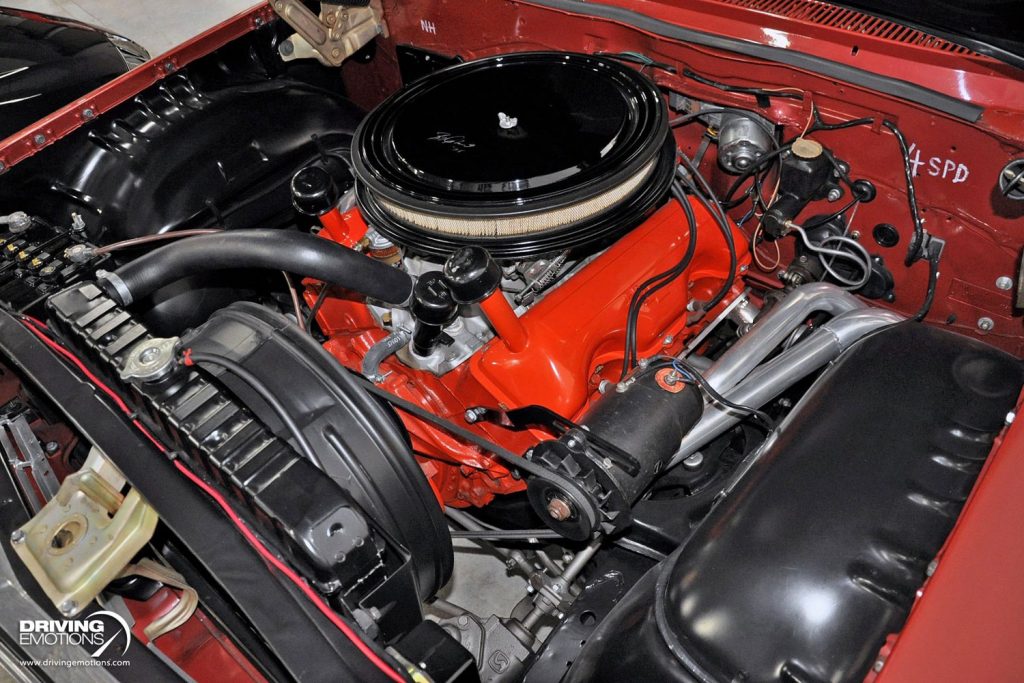 The interior of the Chevrolet Biscayne was particularly difficult to replicate accurately. The gray/white/black block pattern material was quite difficult to source. The surfaces, materials, and components all appear as new. Bill Jenkins gave his full approval, saying it looked exactly as it did when campaigned. 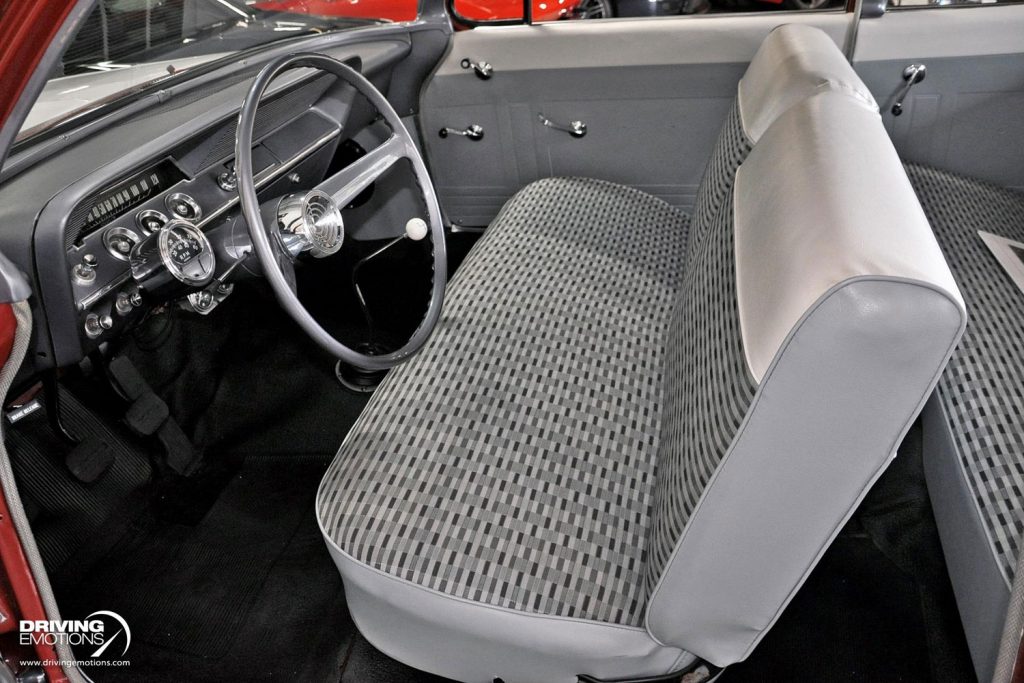 Bill Jenkins passed in 2012, but got to see the fruition of the tribute “Old Faithful” before. It met with his approval, and even got a few smiles from the man who was known as “Grumpy.” The Old Faithful tribute is being offered by dealer Driving Emotions and can be seen here. 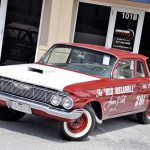 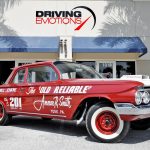 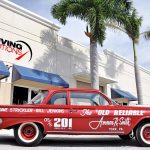 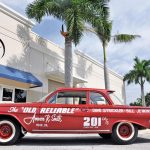 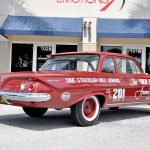 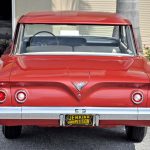 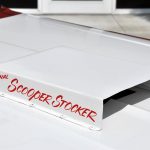 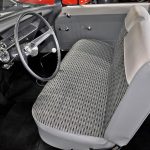 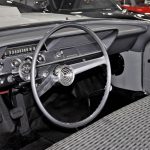 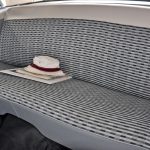 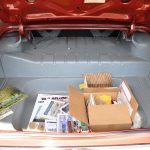 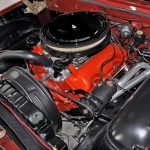