You have to look closely to recognize the 1941 GMC pickup that was the basis for this radical build. The front fenders are gone, as is the lower two-thirds of the grille. In its place is a minimal tube bumper, under which sits a custom-fabbed protective screen/grille and skid plate assembly.

There is raw aluminum cowling covering the sides of the engine compartment. The wheels and tires have been pushed out for maximum track width and stability. A custom long-travel suspension from Blitzkrieg Motorsports now supports oversized Toyo M/T off-road rubber and purpose-built wheels with bead locks. Headlights, once housed in the front fenders, are now mounted on posts protruding from the engine cowling. Suspension to the solid rear axle is exposed, angling back from the exterior of the leading edge of the bed. The more you look, the more there is to see. 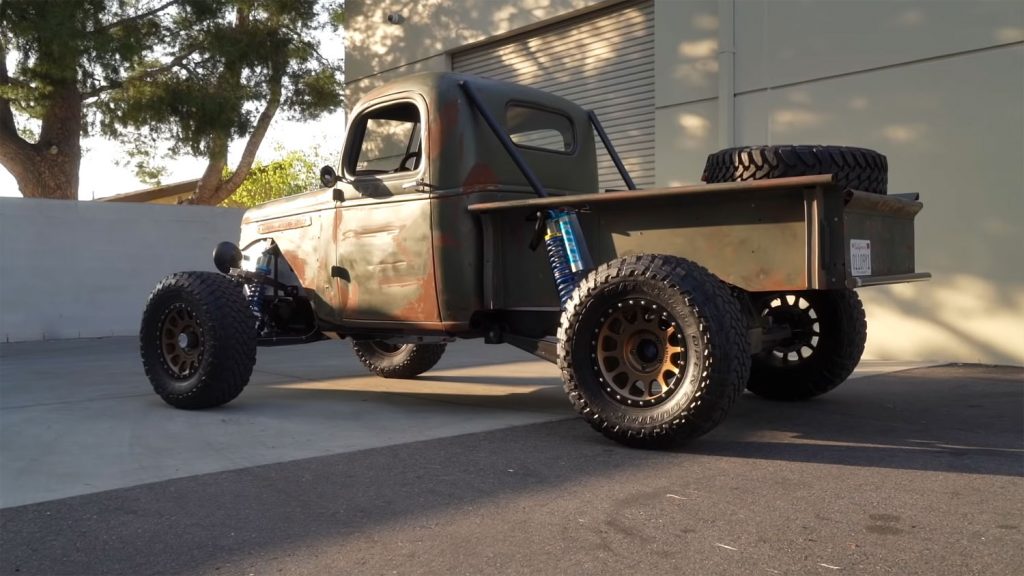 This build is the creation of the GMC pickup’s owner, Tim. He said he found the basket case truck on Craigslist and the seller dropped it in his front yard. Tim did all of the fabrication work, building this impressive truck in his garage. 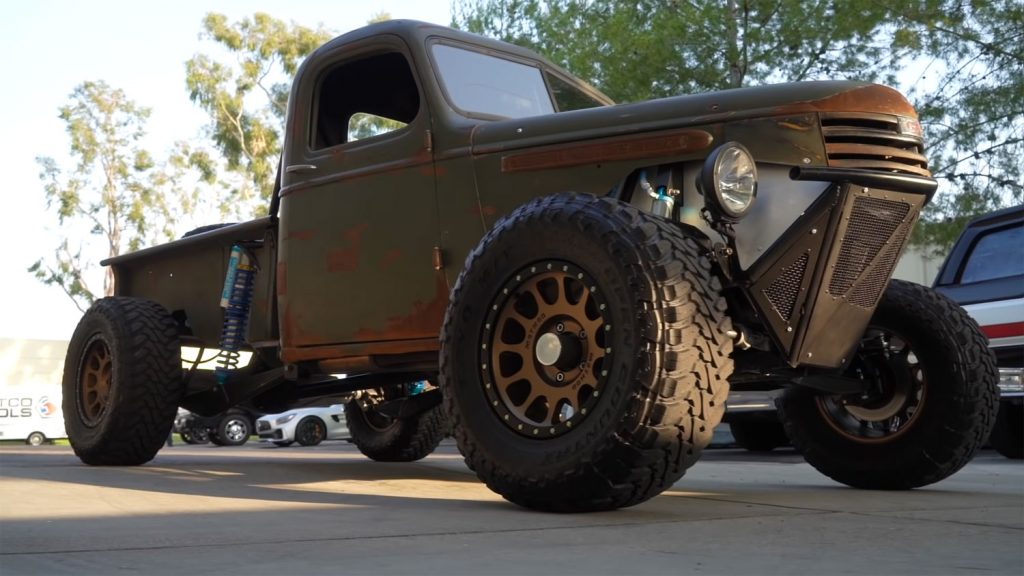 About six feet of the stock frame remains underneath the cab, with the rest having been replaced by a custom tube frame chassis and roll cage. The truck bed holds two cooling fans over a remote radiator (the bottom of the bed is open here to facilitate cooling), with the remainder housing the fuel cell, battery, water/methanol tank, and the massive spare mounted on a tilting rack. The hood of the GMC pickup is now attached with quick-release fasteners, and lifts free to access the engine bay. 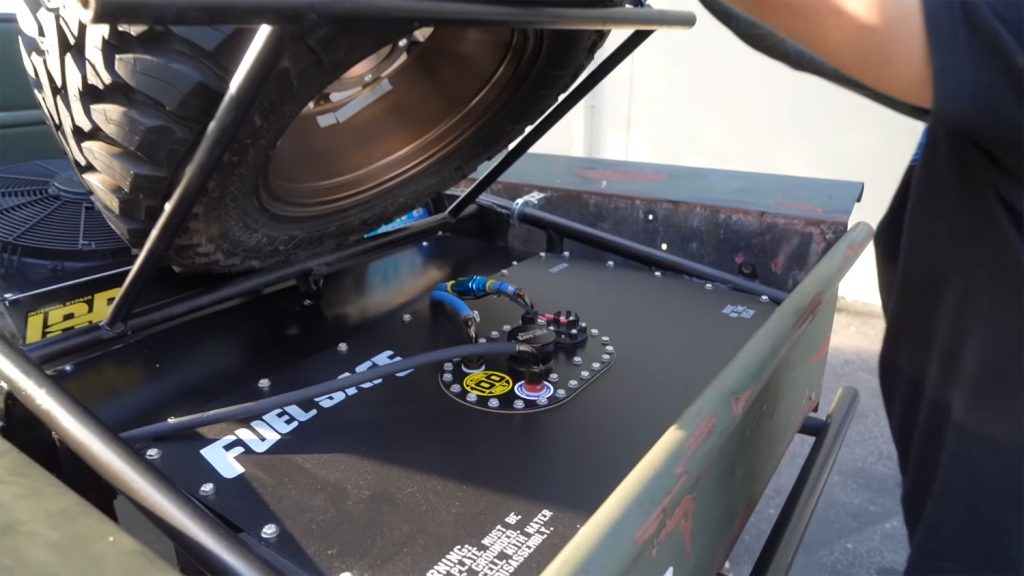 With the hood removed, we can see the carbureted, supercharged 350 cubic-inch Small Block. Tim says the supercharger is pushing about ten pounds of boost. He uses a water/methanol injection to suppress detonation. Output is over 400 horsepower, but no hard number was given. “It’s sketchy-fast in the dirt,” said Tim. He also made his own exhaust, eliminating iron exhaust manifolds that were casting too much heat on the aluminum heads. Spent gasses pass through Magnaflow mufflers before exiting just aft of cutouts in the rear cab corners. The sound is aggressive and loud. 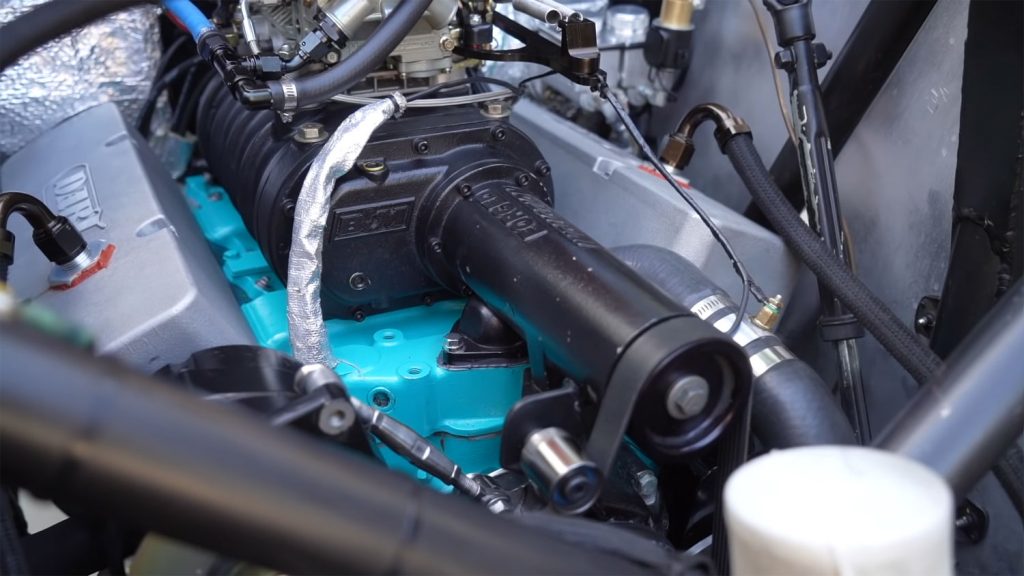 The Blitzkrieg Motorsports suspension is built on stock Ford Ranger geometry. The GMC pickup now has 14 to 16 inches of front suspension travel and 21 inches in the rear that is limited by straps to around 15 inches. Gas charged off-road racing coilovers are by King Racing. Wheels are by Method, mounted over unboosted Wilwood disc brakes. This GMC pickup is two-wheel-drive, with Currie axles and a Ford nine-inch rear end. Tim says he found all the parts for the truck on Craigslist. 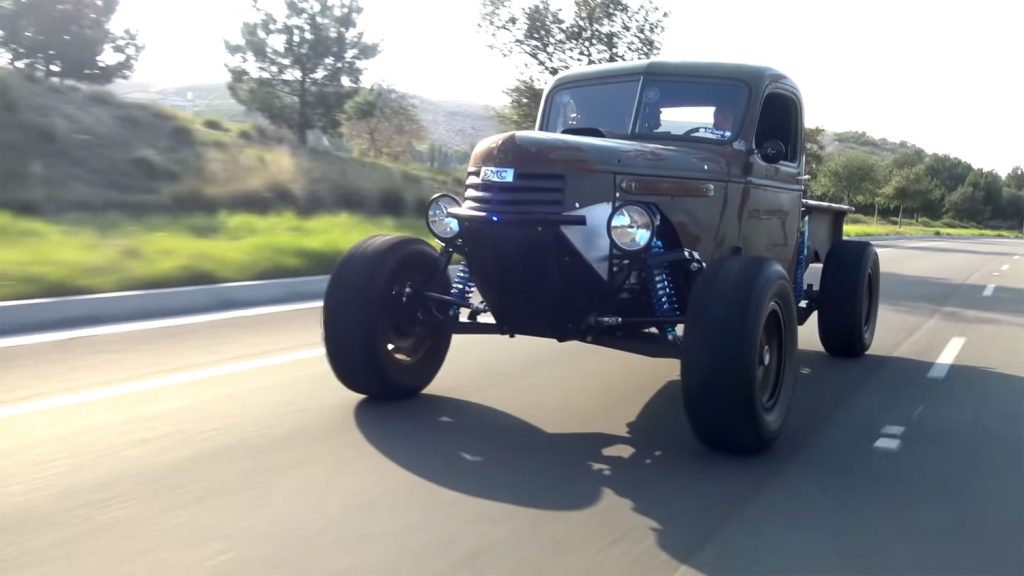 The body looks rough, and that is partially due to the condition it was in, and partially due to added patina. Some of the patina was done with a grinder, some by a toddler with a screwdriver. It is painted a flat Army green, with scuffs, scrapes, dents, and evidence of the tin worm here and there. It looks as though it was resurrected from desert sarcophagus to run the dunes. 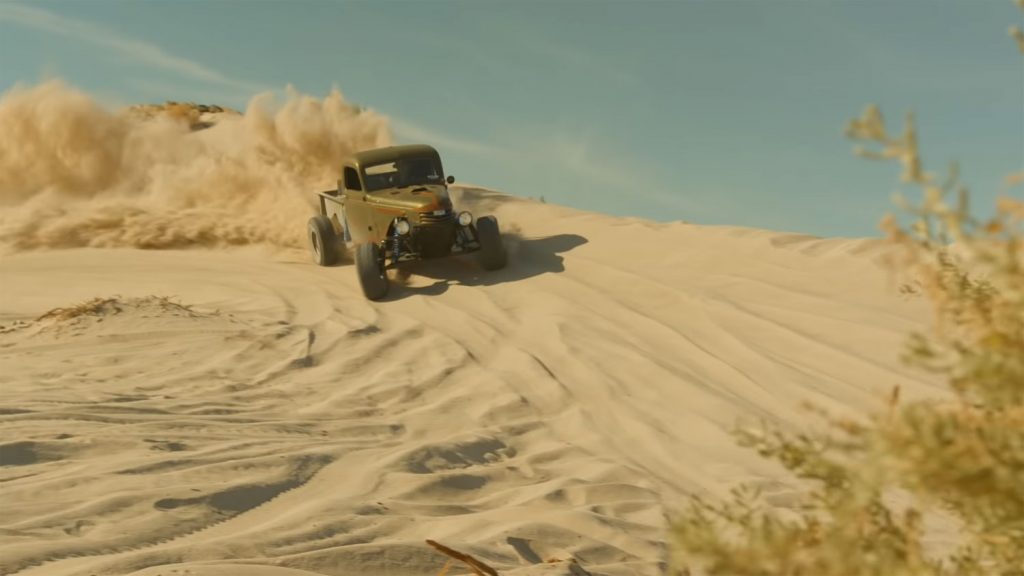 The interior of the GMC pickup is spartan. A Holley Race Pak digital display is mounted just above the new steering column that wears a racing steering wheel. Black and purple bucket seats have been fitted, given to Tim by a friend. The lower bars of the cage have been wrapped in fabric. The gated shifter for the 2004R transmission has been mounted on the dash. Toggle switches with Dymo labels are low on the left hand side of the dash. 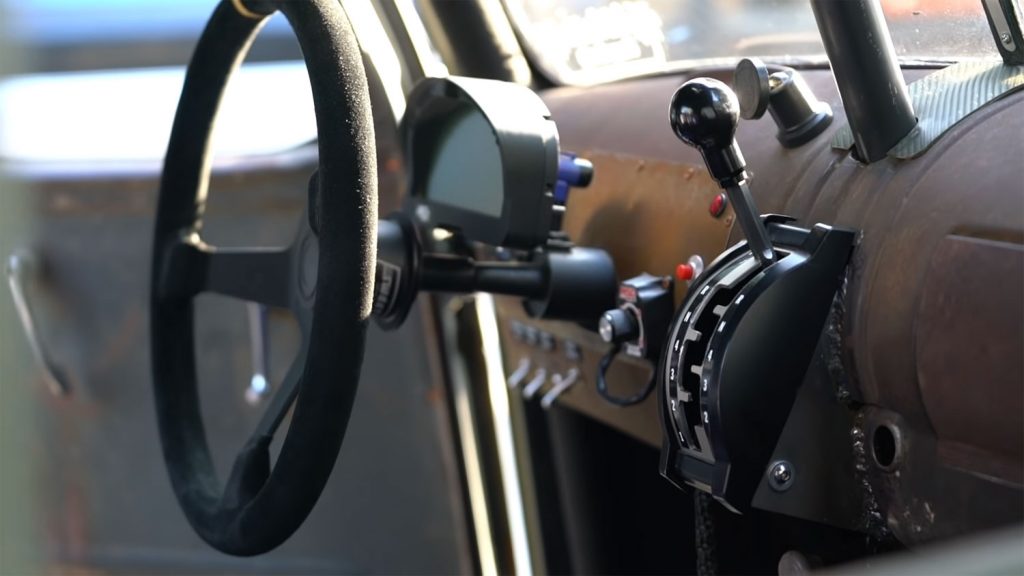 You can see this GMC pickup in all of its hot rod and off road glory in this video from AutotopiaLA. 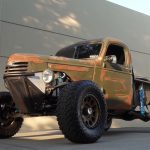 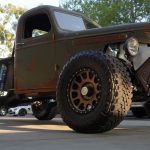 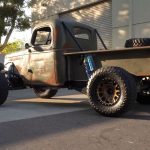 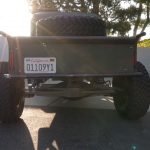 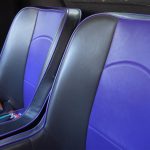 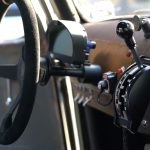 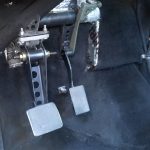 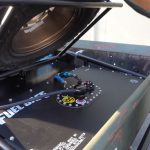 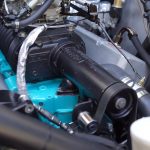 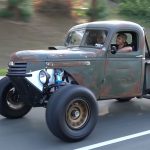 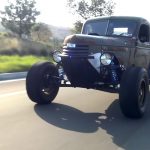 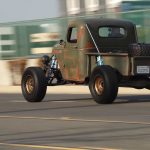 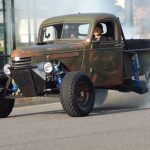 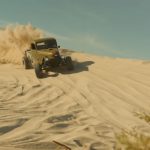