Meet one of the most (if not the most) performance-packed Chevy Sonic ever. Built by ZZP Performance, the 1.4-liter, inline four-cylinder Ecotec powerplant under the hood makes nearly 400 horsepower at the wheels, and is able to propel the Sonic down the quarter-mile stretch in 11-seconds. That’s right folks, the subcompact Sonic that’s capable of sprinting to the 1,320-foot mark quicker than the 2018 Chevrolet Camaro ZL1 1LE.

ZZP’s Alan McClure tells GM Authority that the best quarter-mile run for ZZP’s Chevy Sonic so far is 11.5-seconds at 121 miles per hour, with axles being the biggest limiting factor. This isn’t exactly surprising given that the engine’s total output has more than doubled from stock, and original Sonic axles weren’t designed for hard launches, especially when said launches are done in succession. 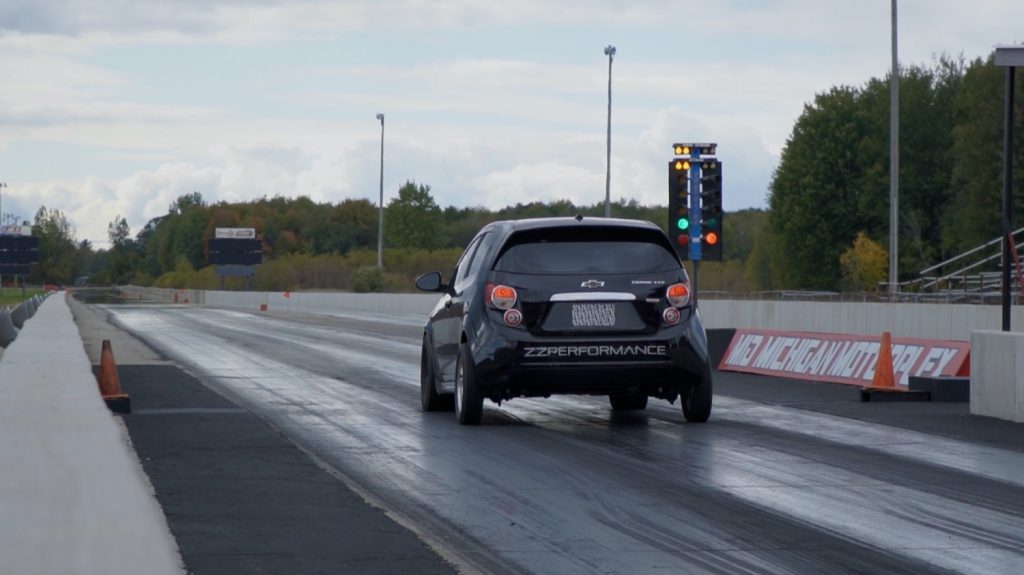 To achieve the impressive output, the 1.4-liter iron block has been bored one millimeter over, which means the cylinders have been widened and tapered in an effort to increase torque by increasing displacement. ZZP-spec pistons produced by Diamond were then paired with ZZP’s own H-beam rods, which are comprised of 4340 steel, a nickel-chromium-molybdenum alloy steel with all the characteristics necessary to endure track abuse.

The top-end of the engine is comprised of a stock head fixed with ZZP valve springs and titanium retains, complete with ZZP’s S1 cam package. Breathing in, the air flows through a 3-inch intake into an EFR6258 turbocharger. The generated boost is cooled as it flows through ZZP’s own intercooler piping (and intercooler) before entering a larger, LNF-spec throttle body and being sucked into a ported stock manifold. After all of the combustion magic has occurred, the hot exhaust gasses are channeled through an in-house, custom tubular turbo manifold to a 3-inch down-pipe-to-mid-pipe, which leads to an “open exit”.

Those hoping to replicate such a build will be pleased to know that the aftermarket performance part manufacturer is considering a cast version of its custom tubular turbo manifold, though nothing has been set in stone just yet. 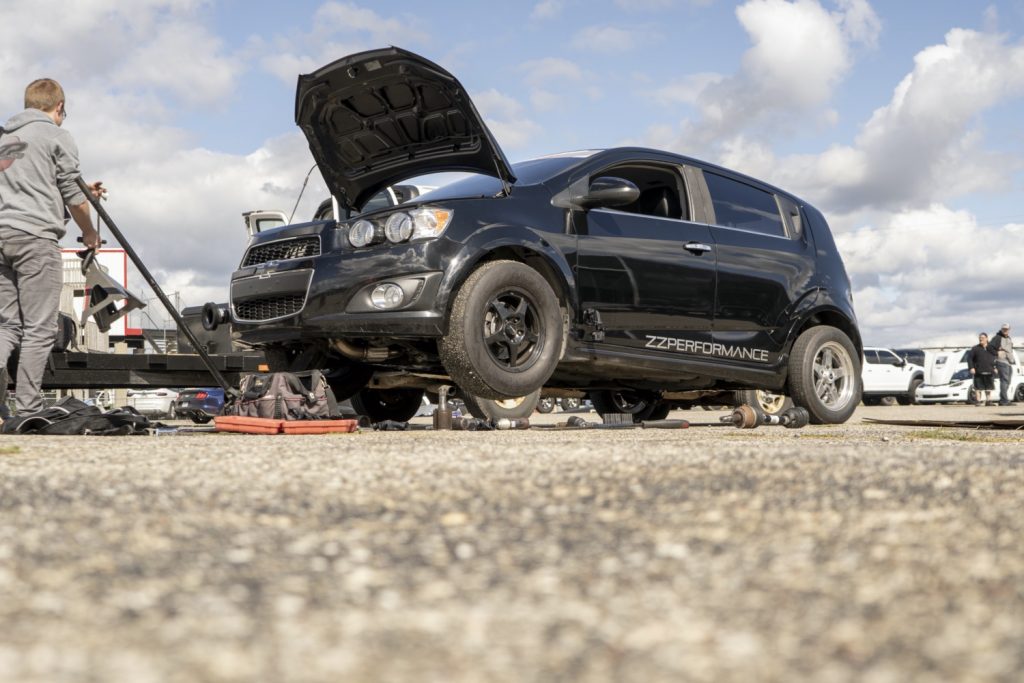 A Clutchmasters FX500 and aluminum flywheel were also installed to provide the necessary clamping force. McClure tells us that the M32 6-speed manual transmission used by the Sonic is fairly durable as long as the bearings are maintained. In regards to the axles, there do not seem to be any European upgrades that fit, meaning ZZP will have to create them from scratch. Fortunately it has experience in providing sturdier axles for front-wheel drive fanatics.

All in all, this is one badass Chevy Sonic, and we’re looking forward to seeing what improvements the changes make once the tracks re-open. 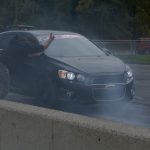 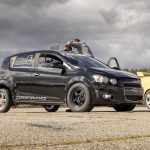 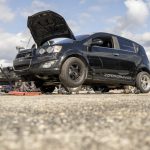 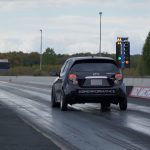 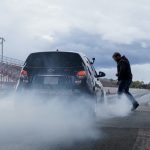 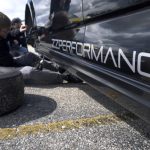 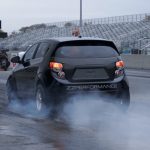 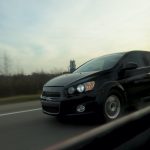