Fans of the Chevy Corvette ZR1 – or indeed any car with an awesome-sounding V8 engine – will love a video recently uploaded to the Drag Racing and Car Stuff channel on YouTube. 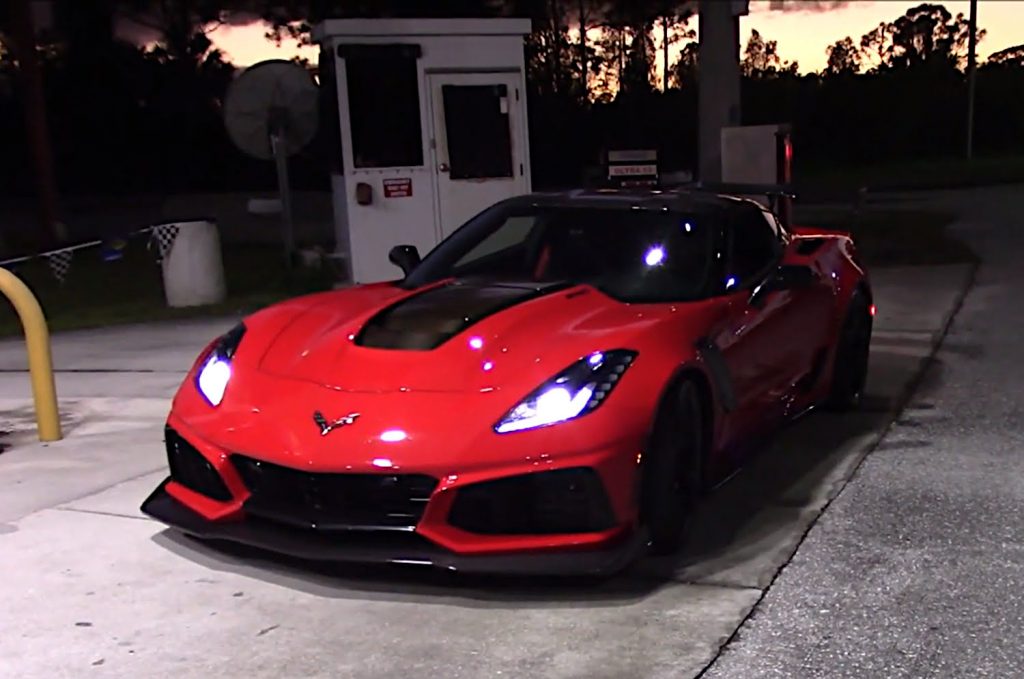 We first see the bright red Corvette ZR1 Coupe, which belongs to Instagram user @zr1.f80, as it leaves a gas station. It then turns up at Palm Beach International Raceway, a motorsports complex west of Jupiter, Florida. PBIR has a road course, a kart track and several mud racing tracks, but we’re not going to be seeing any of those. Instead, all of the following action takes place on the drag strip, where the Chevrolet completes four passes, each one proceeded by a lengthy burnout to heat up the Toyo R888R rear tires.

This Corvette ZR1 has replacement upper and lower supercharger pulleys and a Crawford Racing E85 fuel system, among other mods, so it will certainly be making more than the 755 horsepower and 715 pound-feet of torque the 6.2L V8 LT5 is capable of. Sure enough, at its first attempt, the car surges down the quarter-mile in 9.766 seconds, crossing the finish line at 146.48 mph. It sounds like it might be a little quicker if the gearing were slightly different, because there’s quite a rev drop between third and fourth, but 9.766 is certainly motoring in a street-legal car. 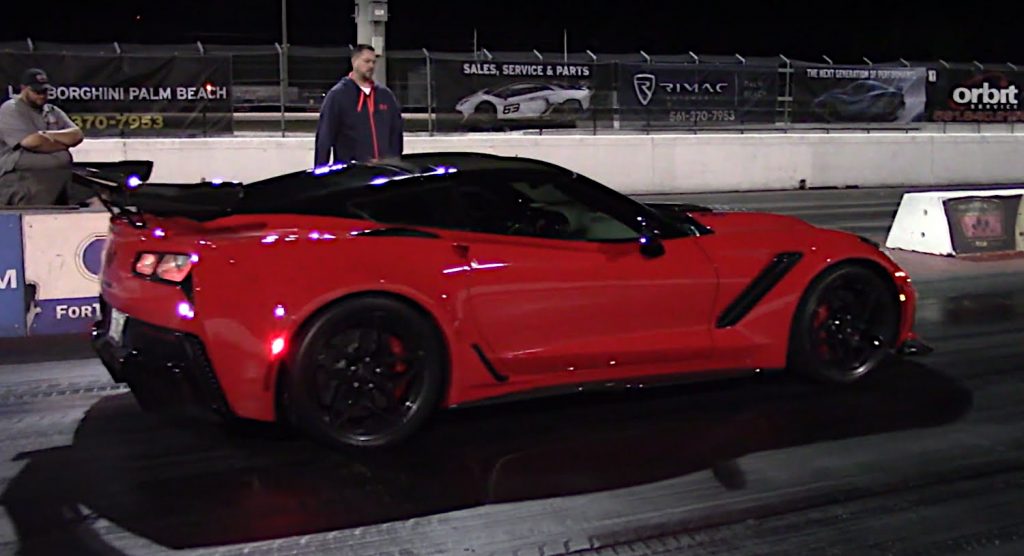 The next run is even better. Perhaps the night has become cooler, in which case extra aerodynamic drag caused by the more dense air will be more than compensated for by an increase in power. Or there’s some other reason. Whatever, the Corvette ZR1 now covers the 1,320 feet in 9.615 seconds with a terminal speed of 147.86 mph.

Another try. This one lasts 9.657 seconds, and the car peaks at 146.57 mph. And that’s… okay. If this had been the only run of the night, it would have been something to boast about. But the car went quicker than that only a few minutes ago. How about one more run? Sure, one more run.

The car flies through the traps at 146.43 mph, which sounds impressive but is the slowest of the night. Every other time, it was already doing more than 146.43 mph before it reached the finish. But do we care? Hell, no. 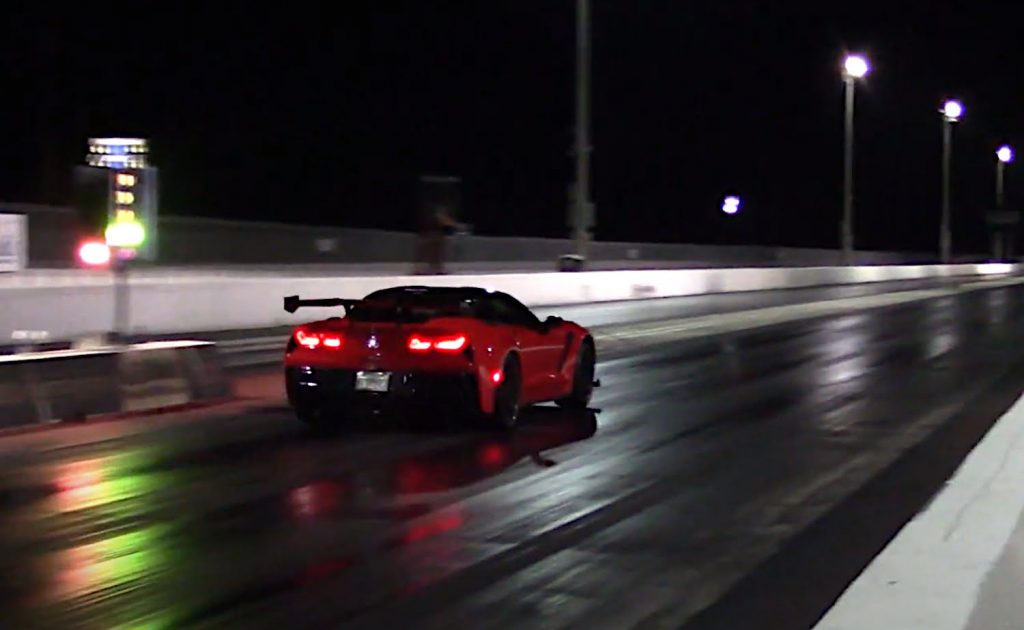 We don’t care because, first of all, terminal speeds don’t matter a damn in drag racing. Oh, they sound impressive, and they can provide useful information to the teams, but you can cross the line at any speed you like and it won’t make any difference because the car that crosses the finish line first is the winner (as long as the driver didn’t leave early or otherwise mess up during the run) and that’s all she wrote.

And, second of all, the Corvette ZR1 has made its quickest pass yet at 9.592 seconds. Sure, that’s only point zero two three better than before, and there’s not a lot you can do in point zero two three. But it means that what used to be a 9.6-second car is now a 9.5-second car, and in the split-second world of drag racing, that’s kind of a big deal.

Except in this case it isn’t, because the Corvette ZR1 has been in the 9.5s already. You can find a link to a video of that happening in the description of the Drag Racing and Car Stuff one shown below.