“All the other supercars, they’re cool, but this is a whole different level of coolness. I love this thing. It gets so much more attention. When you drive this car, everywhere you go people are giving you thumbs up, they’re taking pictures.” So says Nick, the gentleman who runs the car enthusiast app Kar Page, of his 1970 Chevelle SS hot rod. Nick is right on the money. 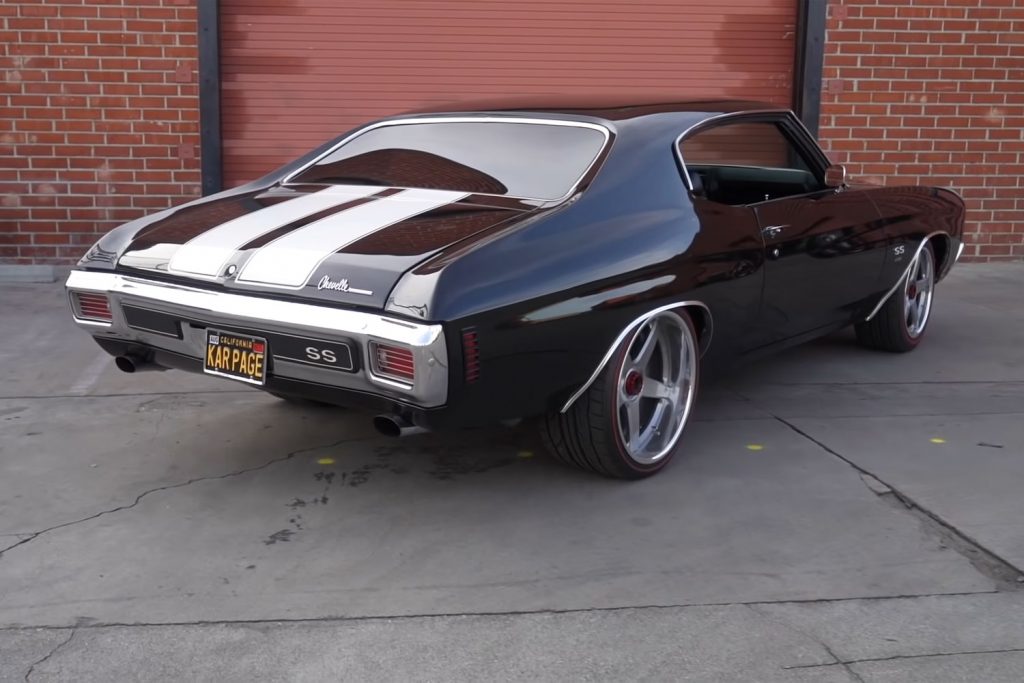 To listen to Nick being interviewed by AutotopiaLA‘s Shawn Davis, it sounds as if he has either a preference for, or may very well own, Lamborghinis and McLarens. Yet he still chose to build this sinister Chevelle SS. Tuxedo Black with white SS stripes, one glance lets you know this is one bad muscle car, but there is much more to the story. 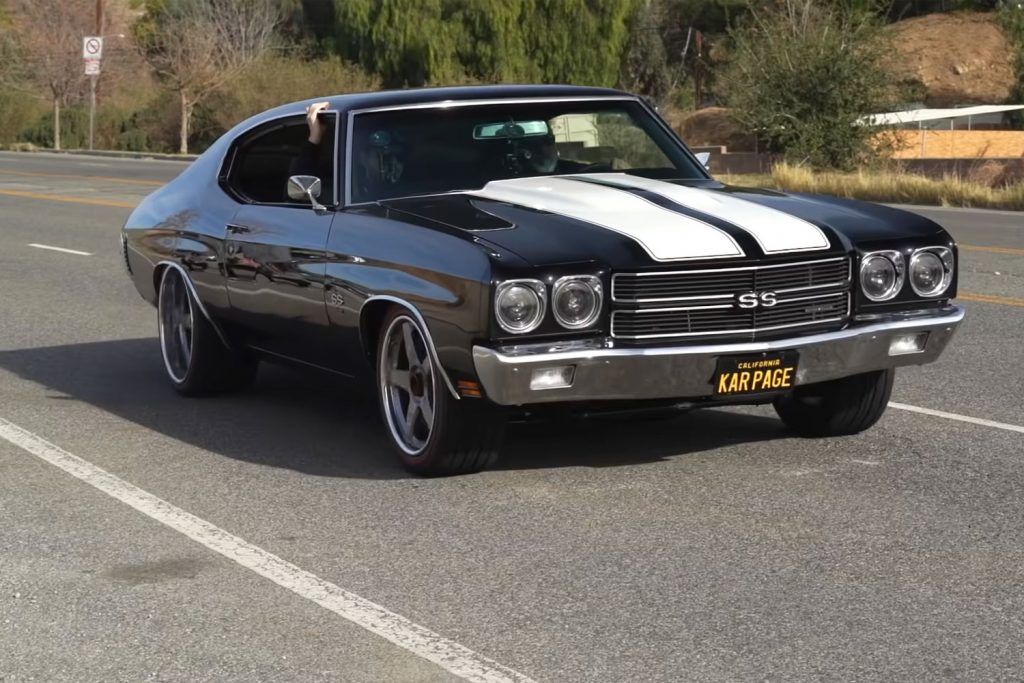 The exterior of this Chevelle SS looks as if it is show ready. Massive five-spoke center-lock Forgeline wheels are wrapped in low-profile rubber with a thin red line. The spaces in the wheels reveal red Wilwood binders at all four corners. The headlights have been converted to LEDs, and the exhaust has been inset in the rear valance, a subtle but cool custom touch. The Tuxedo Black paint has been polished to a fault, white stripes provide the perfect offset, and the chrome looks brilliant. 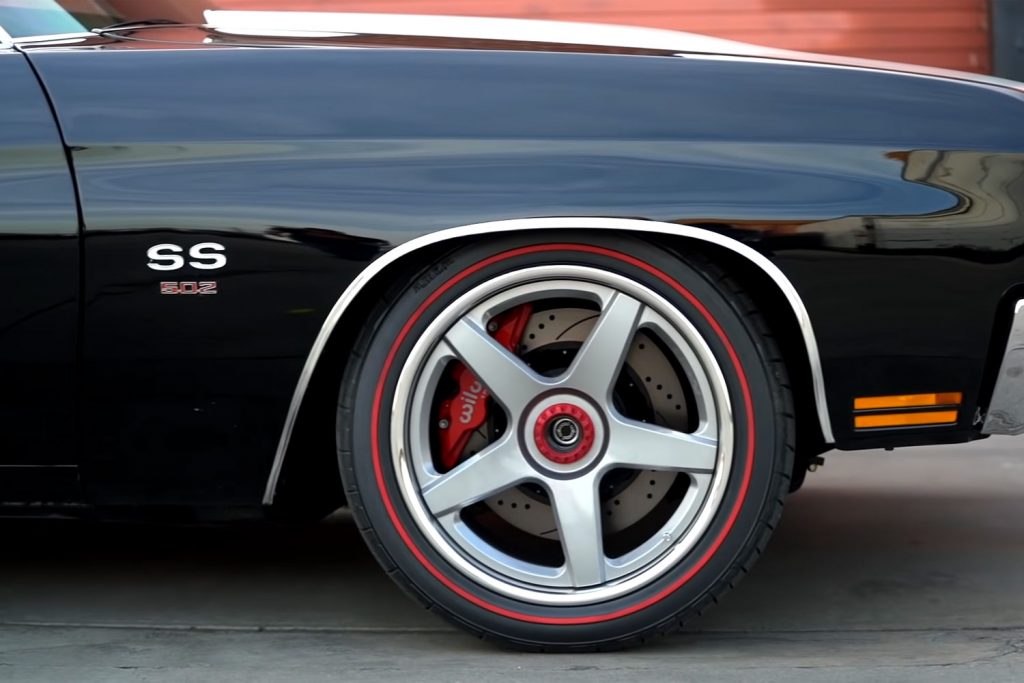 As the guys talk about the work Vintage Motorworks has done to the Chevelle SS, they raise the hood to reveal the heart of this pavement monster. A chromed and polished 502 Big Block inhabits the shiny engine bay. Fenders and underside of the hood have both been painted the same glossy black that coats the exterior. Polished billet hinges support the hood. The air cleaner cover, intake, and massive valve covers are all either brilliant chrome of highly polished billet. The modern A/C compressor is driven by a contemporary serpentine set-up. A polished Wilwood brake booster has been fitted. Hoses and lines have been neatly routed and tucked. 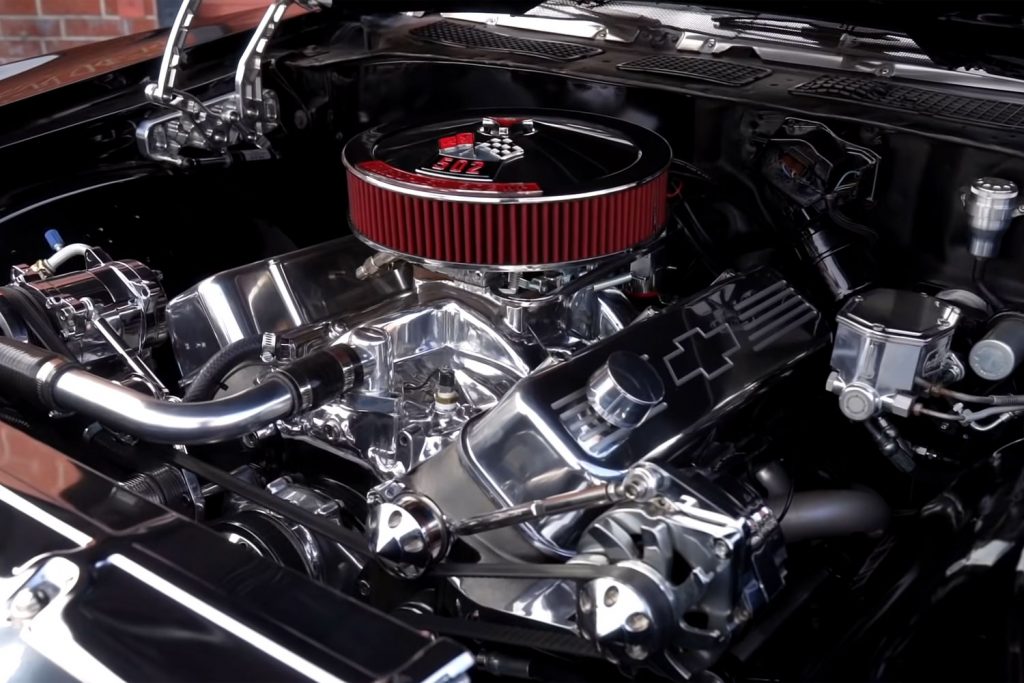 Inside the cockpit of the Chevelle SS, we find sculpted bucket seats covered appropriately in black, a chrome shifter topped by a white shift ball, and a flat-bottomed, leather-wrapped steering wheel. The gauge pods have been filled with some of Dakota Digital’s finest, and glow brightly. 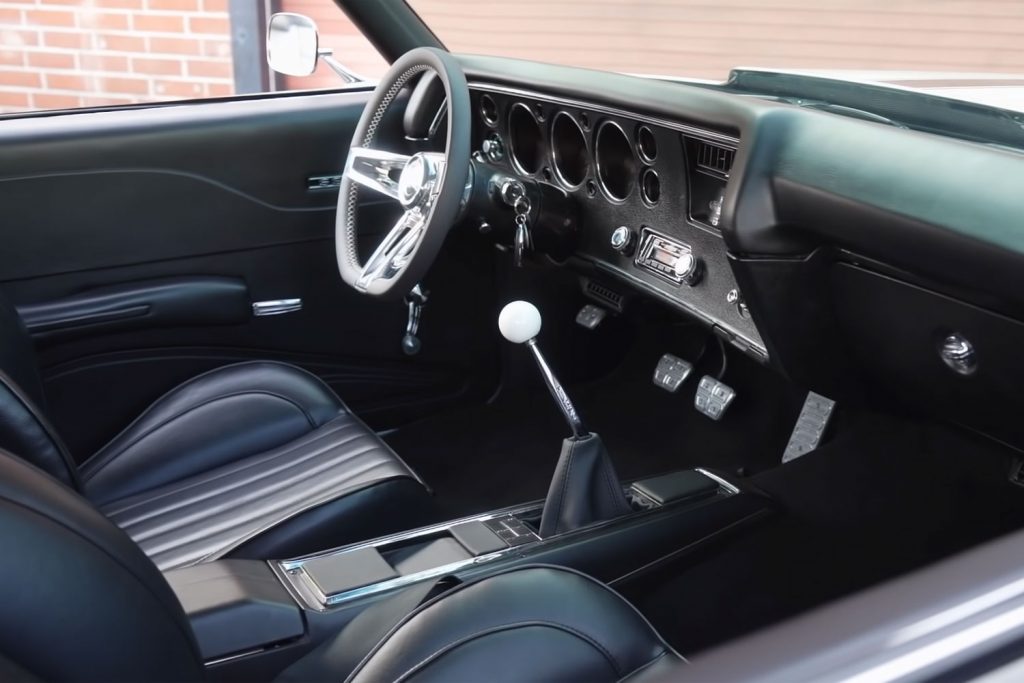 The guys decide it’s time to take the Chevelle SS for a spin. From the start, the car sounds like it has a nasty, aggressive cam and throaty exhaust. You can almost feel the rumble. Out on the street, Shawn opens the electric exhaust cut-outs, and what was a cackling exhaust note takes on a new level of anger. This thing means business, and proves it with a series of tire-melting burnouts. Again and again, the Chevelle SS lights ’em up with reckless abandon. In the last few seconds of the video, we are treated to a couple more mini-burnouts, like a cherry on a cake. 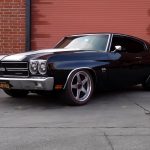 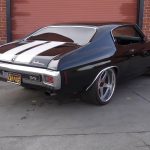 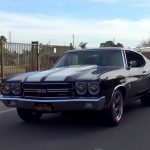 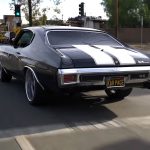 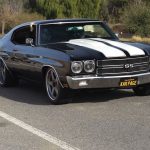 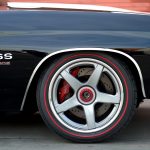 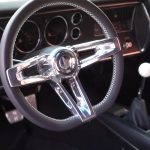 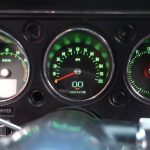 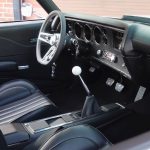 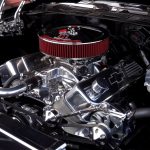