Roadster Shop is one of the most well-known names in the vintage American aftermarket industry, producing some of the highest-quality chassis and suspension components for domestic classics and muscle cars. The company recently decided to launch a new web series called ‘Road Tour’ that follows some Roadster Shop employees as they travel down the east coast of the country, and the first episode of the series, which launched this week, stars a special 1955 Chevy Coupe the company built for an enthusiastic customer. 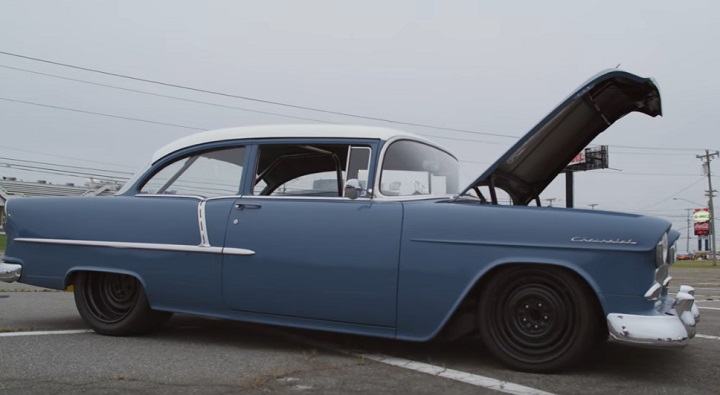 The 1955 Chevy in question started out life as a regular 210 with a 235 cubic-inch inline six-cylinder engine producing a modest 123 horsepower. That wasn’t going to work for the performance-obsessed owner, so Roadster Shop ripped out the inline-six and dropped in a 408 cubic inch General Motors LSx engine built by Wegner Performance. Outfitted with a single turbocharger, the massive Small Block V8 is capable of churning out an impressive 1,300 horsepower.

Roadster Shop specializes in chassis and suspension, so naturally, this Glacier Blue-painted 1955 Chevy has been completely overhauled underneath as well. It rides on a Roadster Shop Fast Track chassis, which features a custom independent rear suspension setup, a thicker front sway bar and control arms and Fox Fixed Valve coil overs, along with larger diameter wheels wrapped in sticky performance rubber. 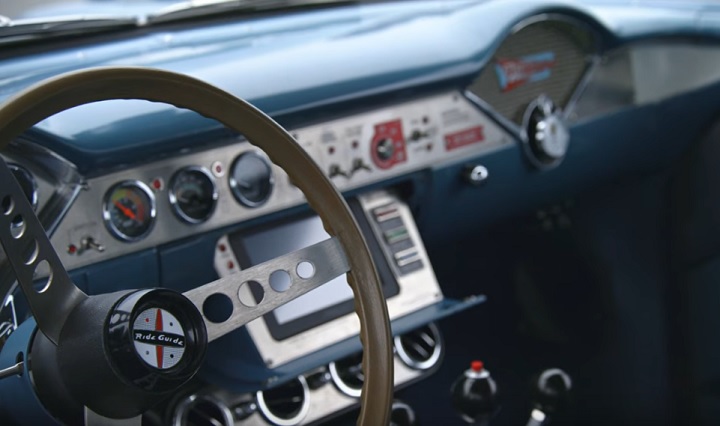 In addition to highlighting this unique 1955 Chevy, the first episode of Roadster Shop’s new Road Tour series also follows the team as they sample some of the latest BMW products on the track at the BMW Performance Center in Greer, South Carolina. Check out the episode embedded below to see more of the overhauled Chevy 210 and to hear what they think of the German manufacturer’s latest performance offerings.

Be sure to subscribe to GM Authority for more GM-related vintage and restoration news, Chevy news and non-stop GM news coverage.