George Hurst came to Pontiac in hopes of creating a performance package for the Firebird. Pontiac didn’t bite, but General Motors thought it might be able to apply Hurst’s ideas to Oldsmobile, creating an appeal to younger buyers. The outcome was the 1968 Hurst/Olds, which came with the monster 455 Big Block, the largest engine available in the A-body platform. GM had banned use of any engine in excess of 400 cubic inches in A-body cars, but Oldsmobile managed to skirt the rule by doing final assembly and modification off-site. Despite limited production, Oldsmobile was flooded with orders. 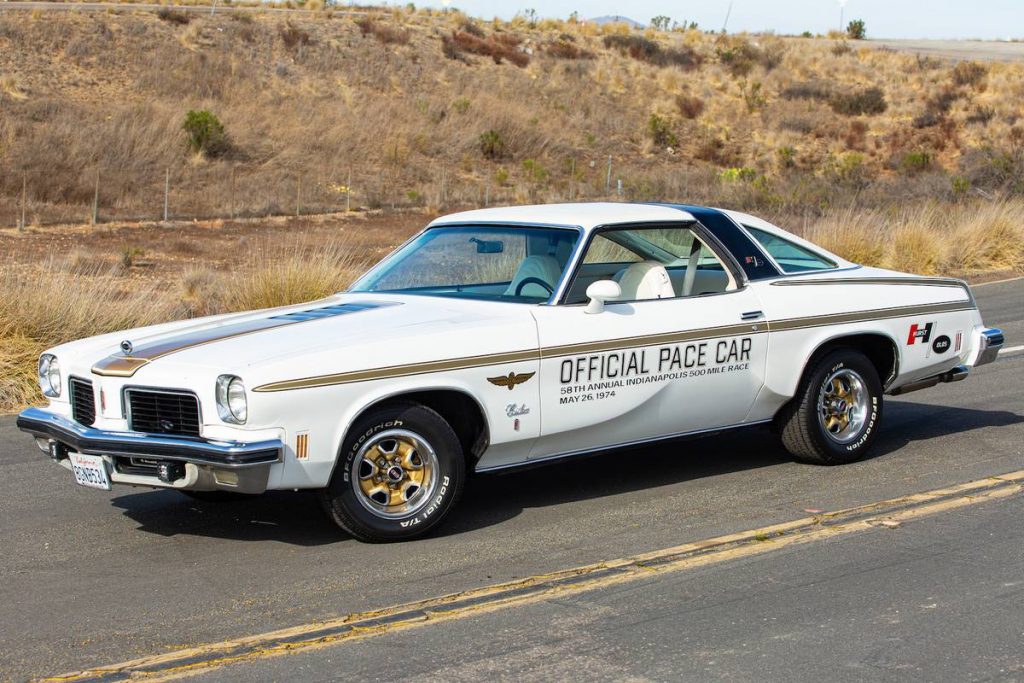 Oldsmobile was no stranger when it came to pacing the Indianapolis 500. In 1974, Olds came back to Indy for the fourth time with the Hurst/Olds optioned Cutlass. The Hurst/Olds came with either a 350 cubic-inch V8 (first time available in the Cutlass, and mandatory for models bound for California) or in W-30 trim with the L76 455 Big Block rated at 230 horsepower, and backed by the M40 Turbo Hydra-Matic automatic transmission. 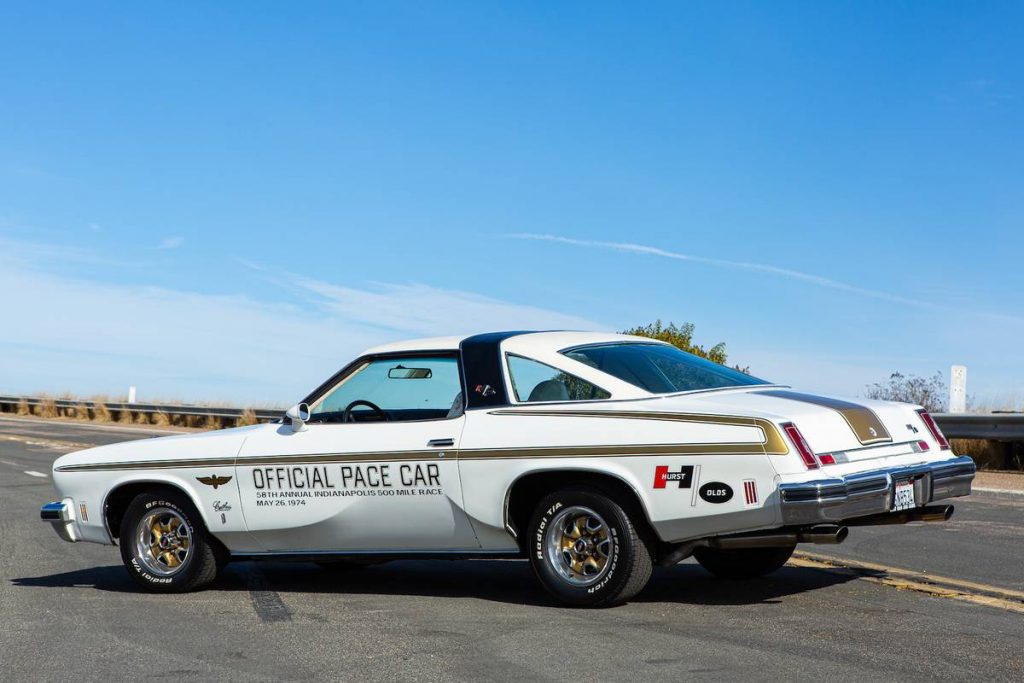 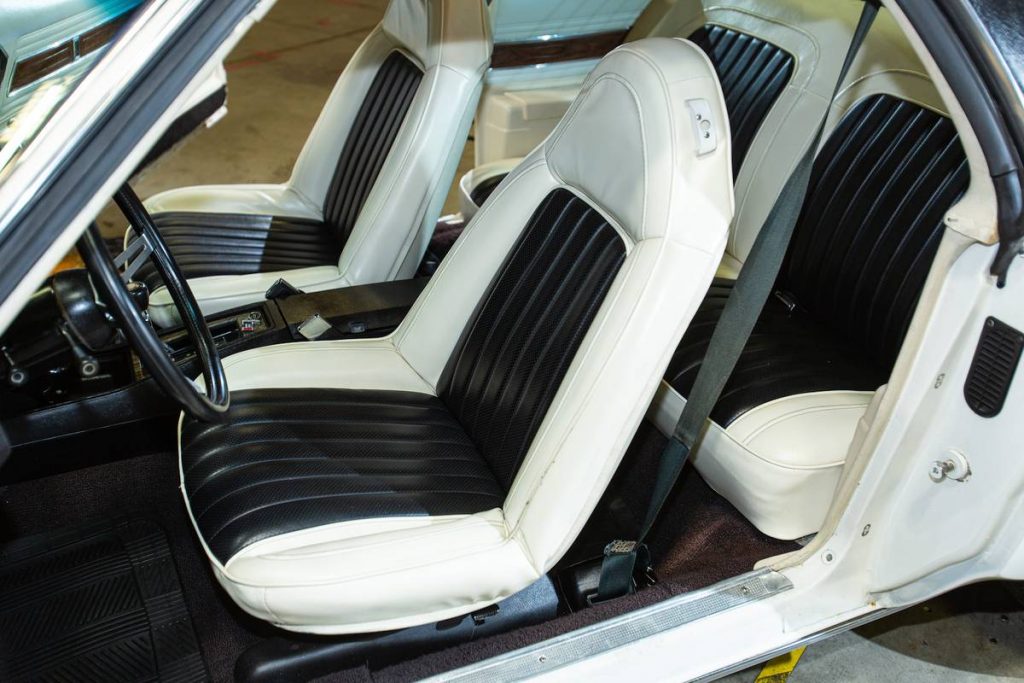 Our featured Hurst/Olds was originally a W-25 option package car, meaning it came equipped with the California emissions-spec 350. The owner swapped in a period-correct 455. It is optioned with Soft Ray Tinted Windows, rear electric window defogger, Positraction, AM push-button radio, sport style outside rear view mirrors, sport console, rallye suspension, 442 radiator grille and black louvered hood, and a custom sport steering wheel. It shows just over 19,000 miles and is accompanied by the original widow sticker, warranty card, owner’s manual, maintenance schedule booklet, and other factory paperwork. It is for sale here on Craigslist in San Diego. 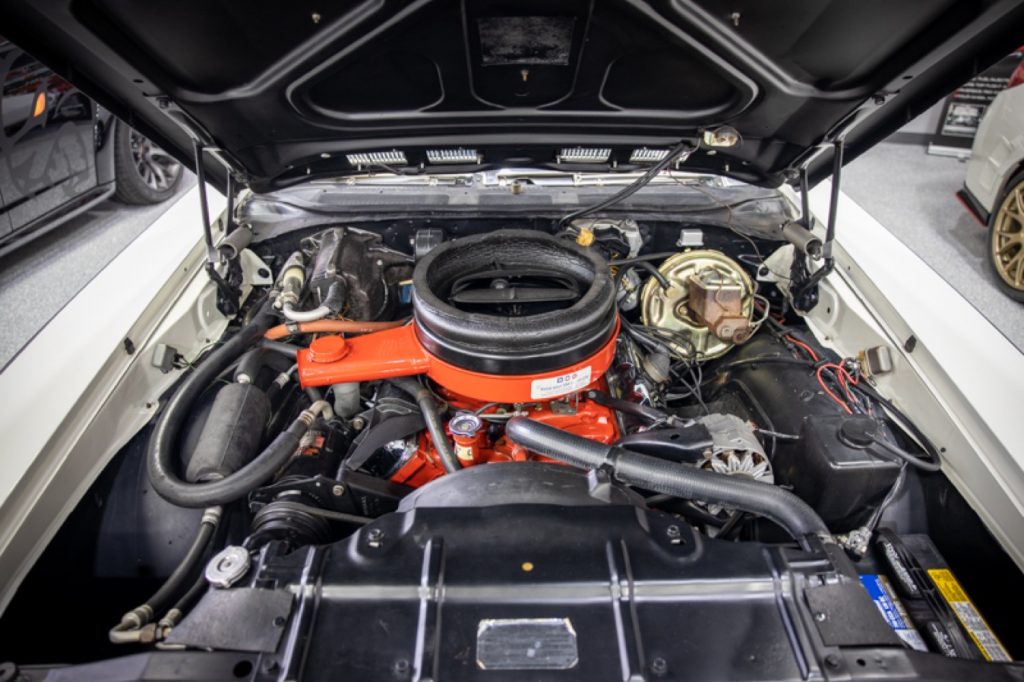 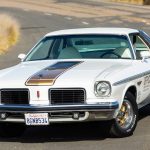 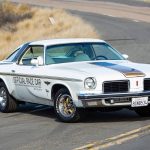 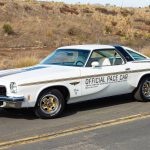 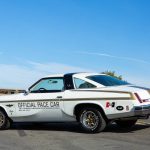 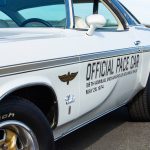 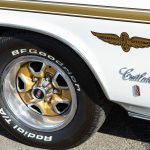 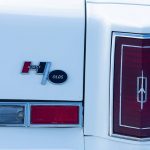 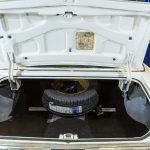 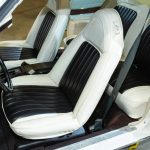 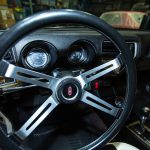 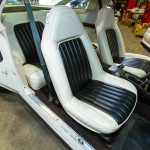 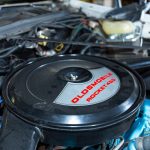 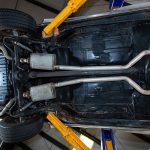