There are very few emergency vehicles made every year. In today’s world, they are specialty vehicles, often constructed from the ground up for their specific use. Up until the 1970s, most ambulances were built from station wagons or sedan deliveries. This example was transformed by coachbuilder National Ambulance from a 1956 Chevrolet station wagon. 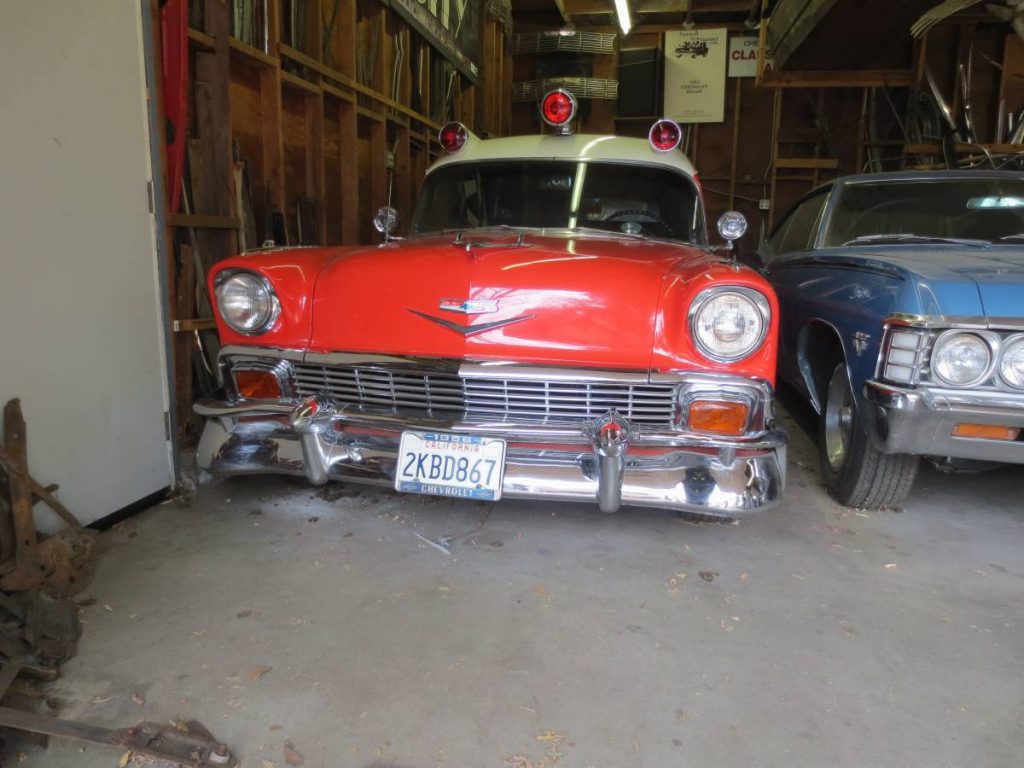 Emergency vehicles see hard use, and very few survive to see the collector car market. This National Ambulance, which was sold to the Pasadena, California Fire Department in 1956, has benefited both from loving care and good climate. It has been repainted in its original Matador Red and white. It retains many of the accessories with which it was built, including fender birds, gravel shields, bumper guards, traffic light viewer, tissue dispenser, and spotlights. 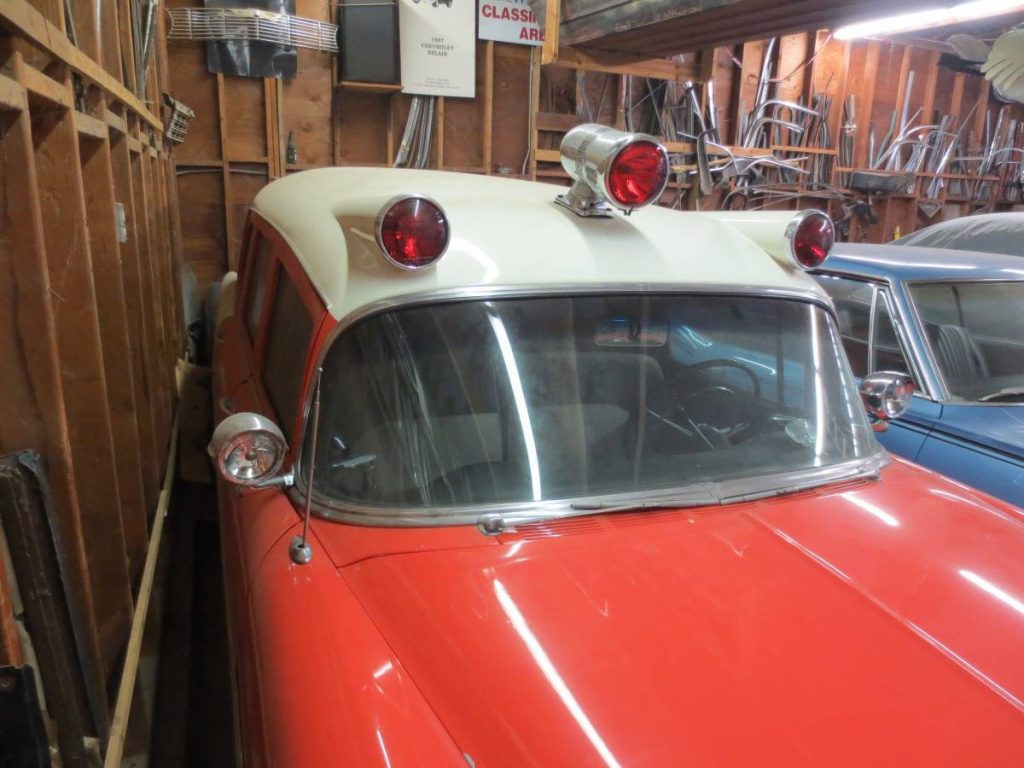 This 1956 National Ambulance has been sitting for six years, but it is clear that it was lovingly restored. The chrome and stainless still shine as if new. The paint, despite having a thin layer of dust on it, looks bright and rich. The roof mounted lights appear new, and the spotlights are in fine nick. The tires are flat as you would expect of sitting for years, but likely could be aired up enough to extricate the ambulance from its dusty tomb.

The engine bay houses a 265 cubic-inch V8 that was rebuilt fewer than two thousand miles ago. The 265 wears maroon-painted valve covers with silver Chevrolet script. Power is transmitted through a two-speed Powerglide automatic transmission. Despite sitting for years, the seller claims the engine starts and runs. To make this happen, a battery will have to be installed in the empty tray. 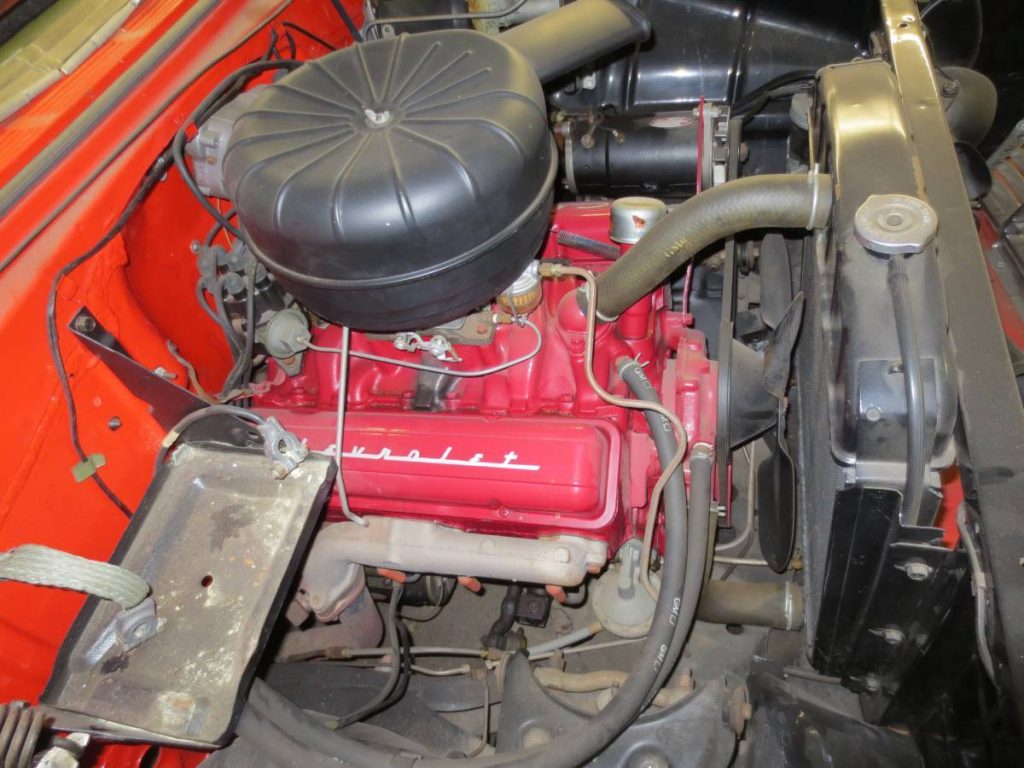 Inside this National Ambulance, the bench seat looks to have been re-upholtered in cream vinyl with red cloth uppers. The door panels are covered in a black and white vinyl combo. Carpets could stand to be vacuumed, but otherwise look to be in good shape, free from any noticeable wear and tear. The transmission shifter is column mounted, behind the big Chevy steering wheel. The ambulance is equipped with power steering and brakes, just as you would want a vehicle like this to be. The original gurney and attendant seat are still with the ambulance, and all lights and sirens are said to be in working condition. 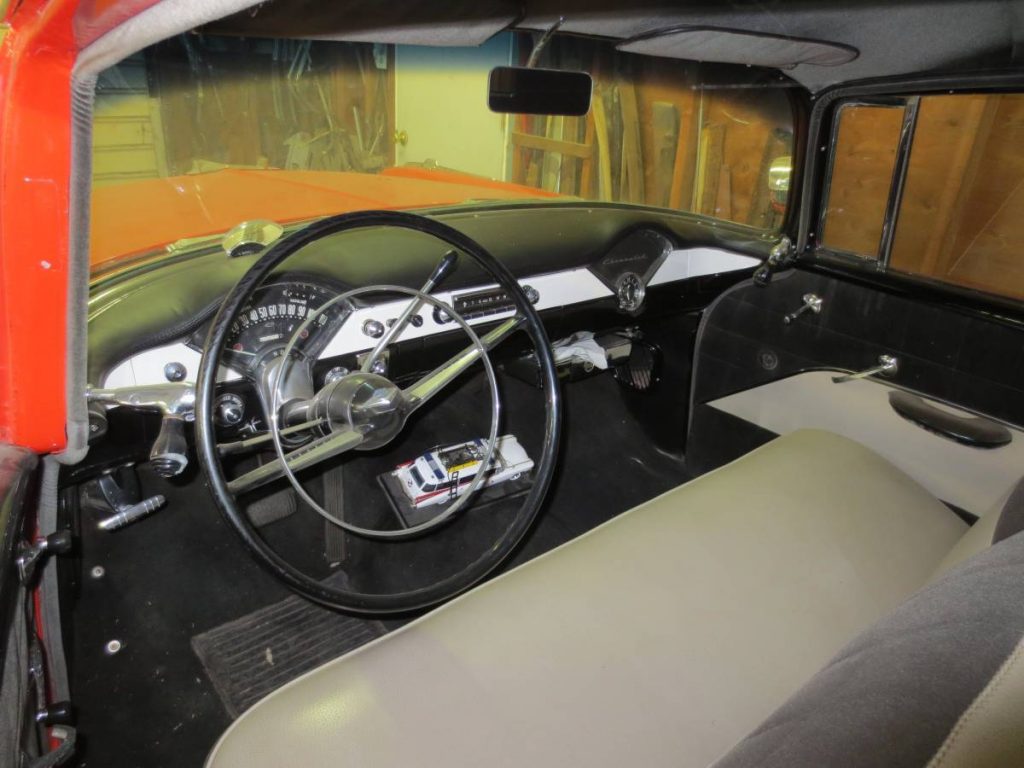 This 1956 Chevrolet National Ambulance is for sale on Hemmings, and can be found here. 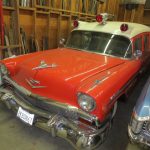 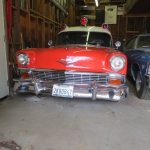 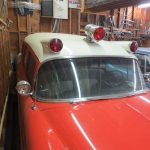 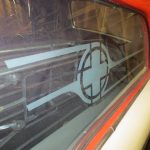 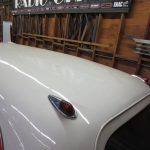 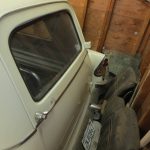 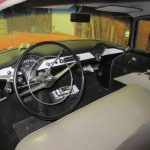 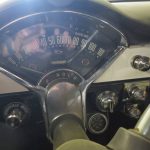 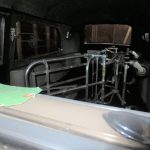 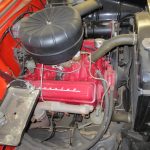 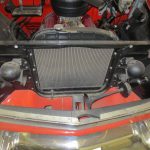