Contrary to previous rumors, it appears that the Hummer EV SUV will not in fact be featured in an advertisement set to air during Super Bowl LV on February 7th.

Rumors that GM would reveal the Hummer EV SUV in a Super Bowl LV spot have been swirling ever since Ad Age published a claim that this would happen one year after a similar ad for the Hummer EV pickup truck aired during Super Bowl LIV.

However, chief of Buick and GMC, Duncan Aldred, stated during a media call attended by GM Authority that neither of those brands has plans to advertise during the 2021 Super Bowl. As a result, one can safely conclude that an ad for the Hummer EV SUV is not in the cards.

What it does not mean is that the Hummer EV SUV won’t be revealed next month. In fact, dealers who attended a virtual GM dealer conference in December state that GMC has plans to unveil the Hummer EV SUV in February.

In fact, the appearance of the Hummer EV SUV is not much of a mystery. The vehicle was seen parked on stage behind Doug Parks, Executive Vice President of Global Product Development, General Motors, during the Barclays Global Automotive Conference held in the Design Dome at GM’s Global Technical Center in Warren last November.

The SUV is expected to be mechanically identical to the Hummer EV pickup, and to have the same trim level structure. The first example of the Hummer EV pickup to go on sale will be the Edition 1, which will have three electric motors with a total output of 1,000 horsepower. 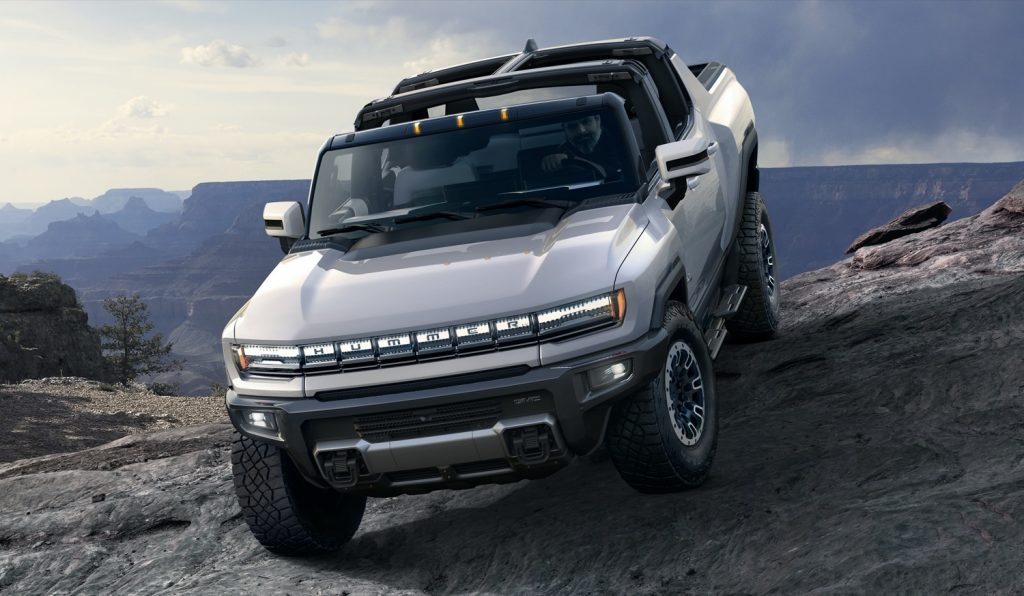 Be sure to subscribe to GM Authority for more GMC Hummer EV news, GMC news and around-the-clock GM news coverage.