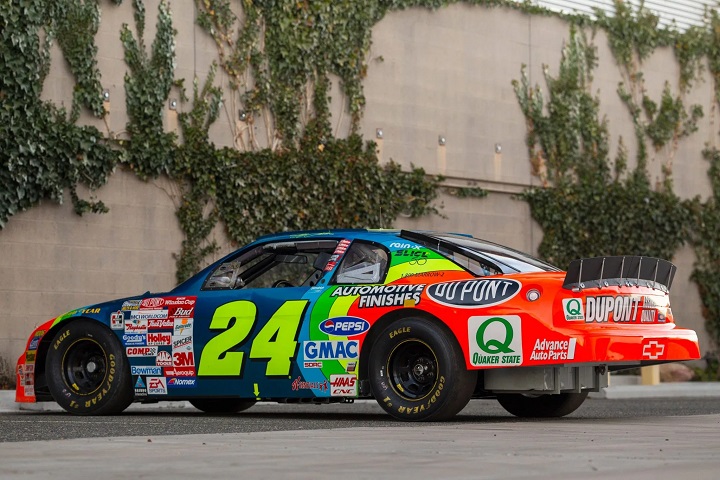 This Hendrick Motorsports-built Chevy Monte Carlo short track chassis was driven by Gordon in five NASCAR Winston Cup Series races during the 1996 season and in another four races in his 1997 championship-winning campaign. In those nine events, Gordon and his “Rainbow Warriors” crew scored three victories – two at the fan-favorite Martinsville Speedway and one at North Wilkesboro. He also took top-five finishes in the car in separate events at North Wilkesboro, Martinsville and Richmond.

The lucky buyer of this piece of NASCAR history will receive a fully running and driving car powered by a 358 cubic inch V8 built by Hendrick Motorsports. The purpose-built racing engine features a NASCAR-spec Holley carburetor, carbon fiber air cleaner cover and Hendrick Motorsports valve covers. The engine has been operated for less than one hour since it was rebuilt during a 2009 refurbishment of the car, so there’s still plenty of life left in it should the new owner want to enter vintage racing events or drive it during a private track day. This engine, identified by Hendrick as JRH-049, was also used in cars raced by seven-time NASCAR champion Jimmie Johnson. 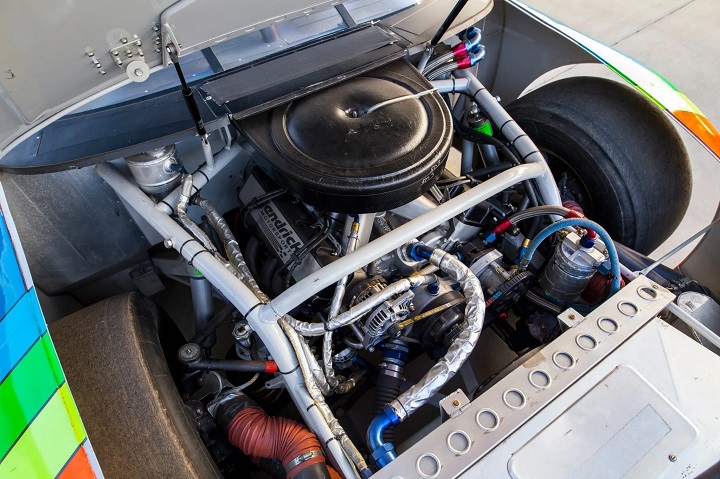 Jeff Gordon and his crew chief Ray Evernham both signed the dashboard of the race-winning Chevy Monte Carlo at some point, further adding to its overall provenance. The sale also comes with a certificate of authenticity from Hendrick Motorsports, validating the chassis (#2421) as a multi-race winning car that was formerly driven by Gordon, along with a set of replacement decals, a spare racing seat and refurbishment receipts and photos. 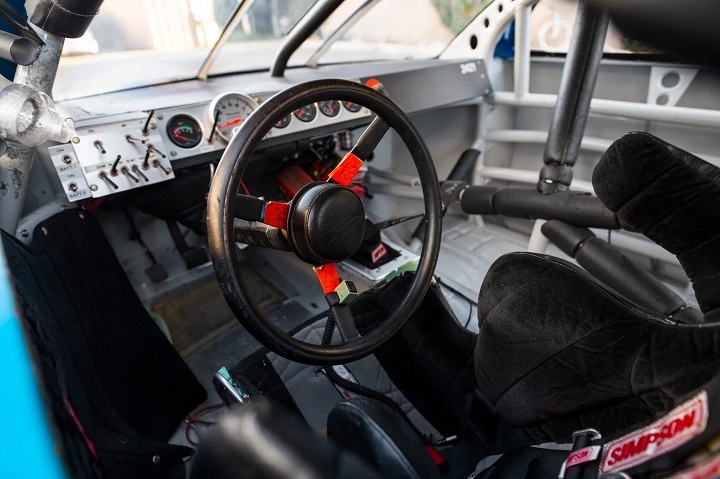 While $155,000 is a ton of money to pay for any car, we can’t help but think the winner of this auction got a pretty good deal on this ex-Jeff Gordon NASCAR entry. After all, it’s not unheard of for consumers to pay six figures for a luxury car these days, and we’d much rather have a race-winning Jeff Gordon NASCAR chassis over a new BMW or Mercedes-Benz.