More versions of the 2021 GMC Sierra 1500 pickup truck now have the MultiPro tailgate fitted as standard than ever before. Availability has been extended to the SLE and Elevation trim levels, which means that MultiPro is standard on every GMC Sierra 1500 except the entry-level Sierra, on which it is now offered as a $595 option. 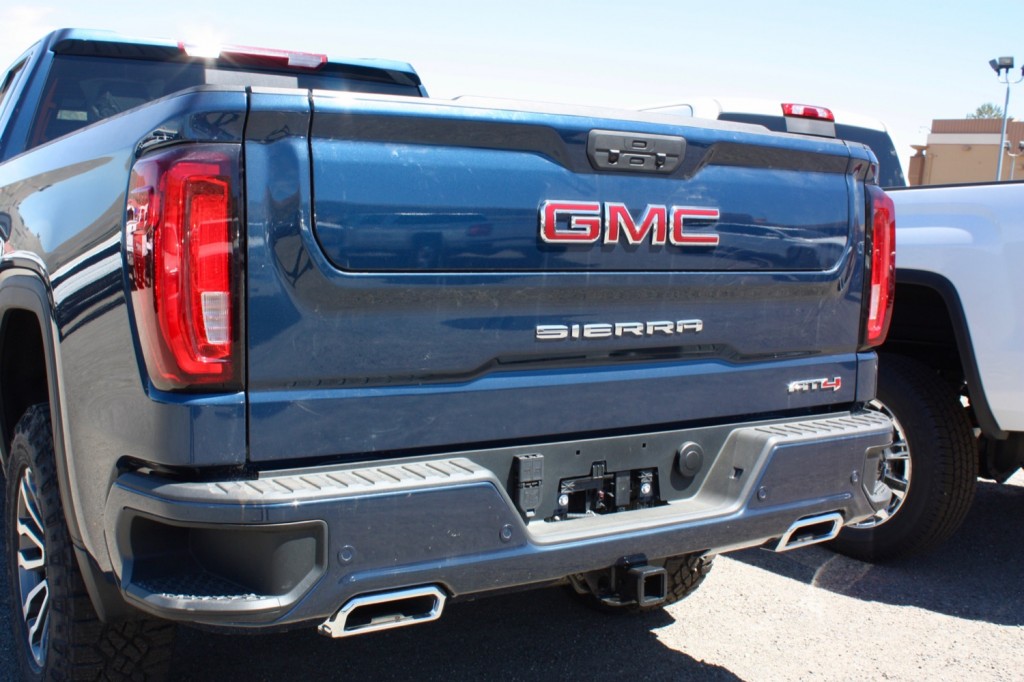 The 2020 GMC Sierra had MultiPro as standard in the three highest trim levels – SLT, AT4 and Denali. It was optional on Elevation models with the Crew Cab body configuration and not offered at all with the SLE or base Sierra. For the 2021 model year, MultiPro became an option for all Elevation configurations and the SLE at first, and now for the Sierra.

The increase in availability can be happening only because the MultiPro tailgate is proving to be popular among GMC Sierra 1500 customers. It made its debut in the 2019 Sierra, and was described by GMC at the time as “the segment’s most innovative tailgate ever.”

It is certainly notable for its functional flexibility. There are six selectable configurations, four of which had not been seen before:

The idea for the MultiPro tailgate arose during a competition among GM engineers. “It started from a sort of Shark Tank-style idea pool,” Roger Olle of GMC engineering told GM Authority in a 2018 interview. “We were tasked by our chief engineers to come up with an innovative way to address a customer need. Based on the clinics that we ran, we knew that the customer wanted help getting in and out of the vehicle more easily.” 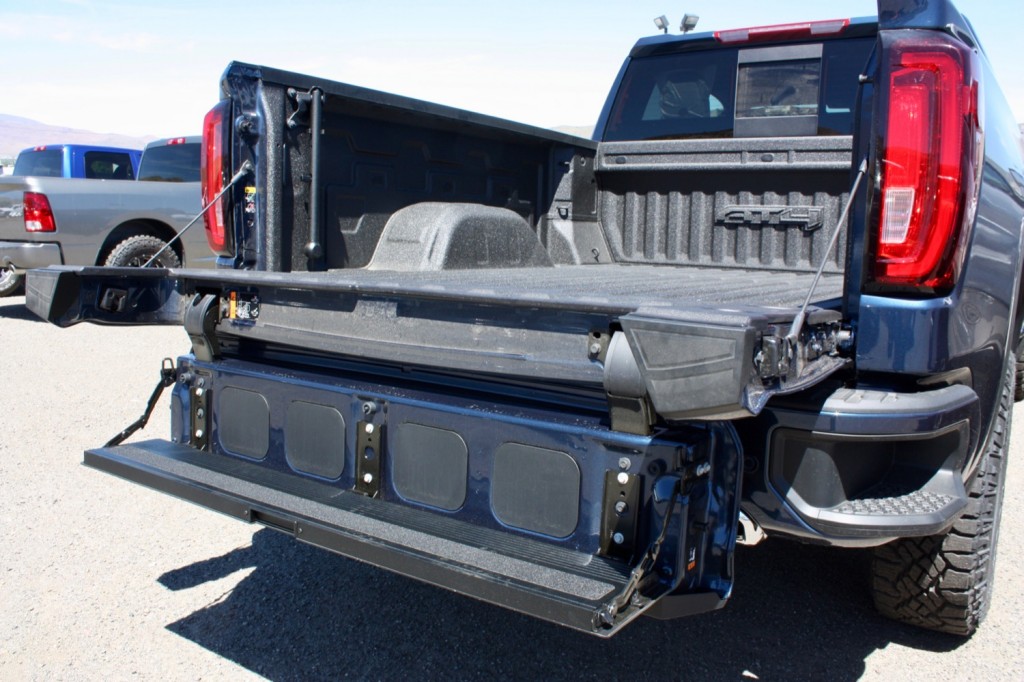 The MultiPro tailgate is identical to the Multi-Flex tailgate fitted to the GMC Sierra’s corporate cousin, the 2021 Chevrolet Silverado. Both are made of aluminum and have the same method of operation: the top button on a touchpad located at the center of the tailgate just above the brand logo operates the upper section, while pressing the lower button lowers the entire tailgate. The same system will be used for the upcoming GMC Hummer EV pickup.