With record-setting snowfall across the United States this winter, having the right vehicle to tackle all that white stuff is critical. Naturally, the Hummer H1 is well-suited to the task, as evidenced in the following brief video. 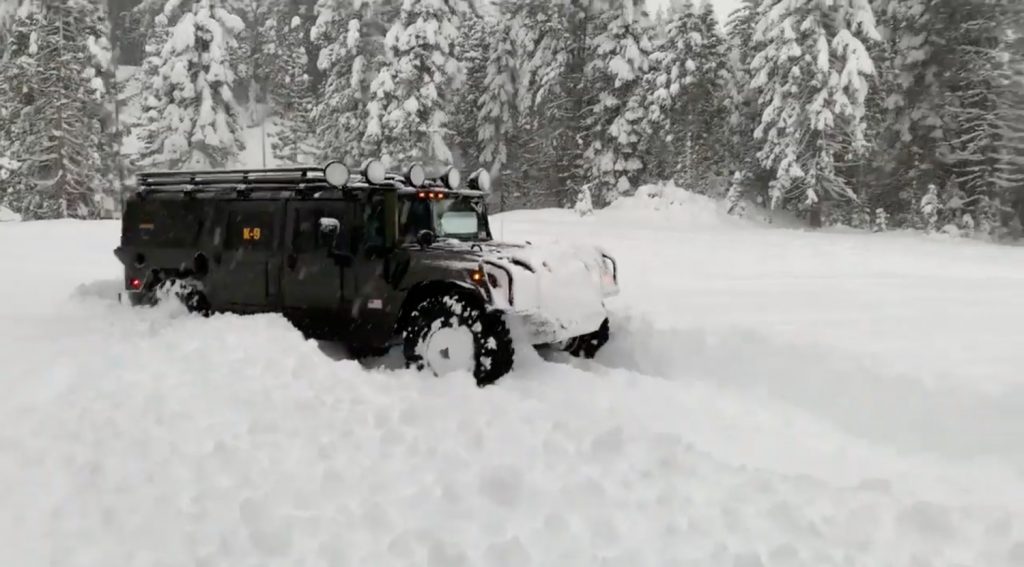 This video, first spotted by the folks over at Hummer Nation, is similar, but shows a Hummer H1 romping through waist-deep powder at the Mount Shasta Ski Park in Northern California. 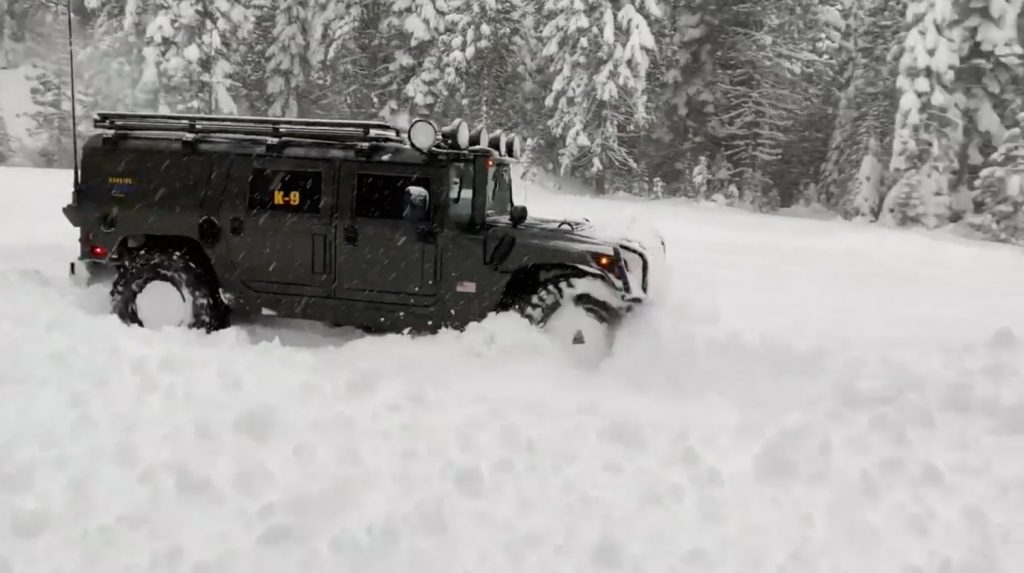 The video opens with the Hummer gunning it across the snow, arcing in a broad left turn as the off-roading beast claws for traction. The snow piles up high in front of the Hummer H1 grille, much to the amusement of the woman shooting the video. Meanwhile, another Hummer, specifically an H3 model, sits on the sidelines as the Hummer H1 does its thing.

The Hummer H1 is clearly built for this kind of activity, and has absolutely no problem plowing ahead, pushing the piles of snow to the side. It’s so deep in places, the powder is stacked up to the top of the tires. 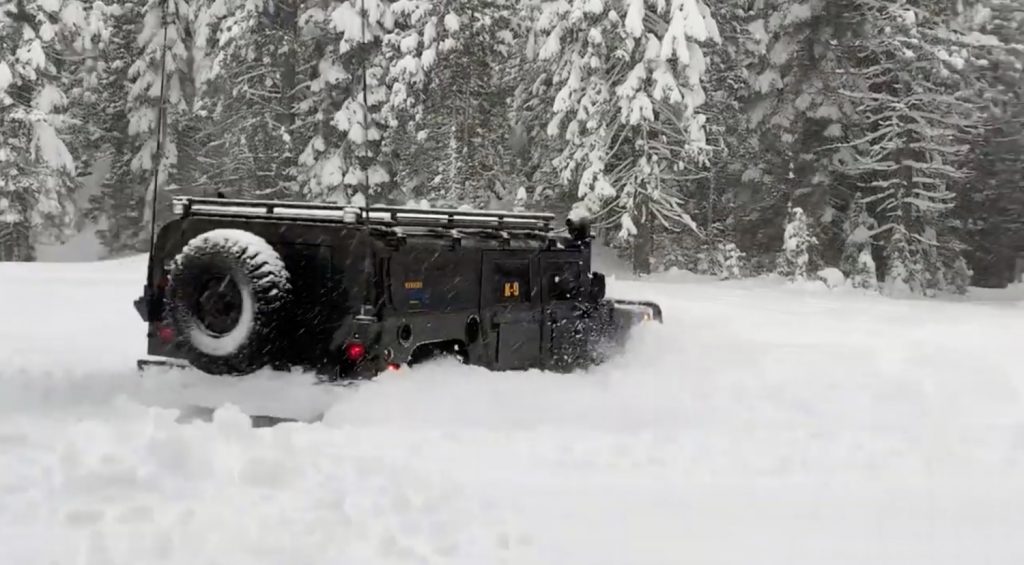 It certainly looks like the driver is having a blast. Built by AM General, the Hummer H1 was offered as the civvy-spec iteration of the military’s High Mobility Multipurpose Wheeled Vehicle, and was offered with the 5.7L V8 L05 gas engine, as well as a variety of turbodiesel powerplants. General Motors purchased the rights to the Hummer brand in 1999, and production lasted between 1992 and 2006, although AM General continued Hummer production afterward for the military.

With that sort of background, it’s no wonder the Hummer H1 is such a beast in the snow. Check it out for yourself by hitting play on the video below. One warning, the video does contain a few F-bombs, so tread lightly if you’re sensitive to that kind of thing.