Readers of GM Authority will be aware that there are at present four GM brands in existence in the United States: Buick, Cadillac, Chevrolet and GMC (which includes Hummer). This is a mere drop in the ocean. Since General Motors was founded back in 1908, there have been 43 GM brands – unless GM Authority readers can find more – devoted to building and selling cars, buses or trucks, though not all at the same time. (We’re not counting other types of vehicles, so stay your hand in the comments section.)

Listing them all in one place is quite a task, so settle in for a bumpy ride. Like a drag racer trying to win an NHRA title by getting from here to 1,000 feet away as quickly as possible, we won’t be stopping to enjoy the view.

Alphabetically the first of all GM brands, Acadian was the name for slightly altered Chevrolet Chevy IIs and Chevelles sold in Canada by Pontiac-Buick dealers.

A Korea-only endeavor, the Alpheon brand was created shortly after GM went bankrupt, and launched with only one model, a rebadged second-generation Buick LaCrosse. The sedan was sold through Daewoo dealers, and at the time, the company needed a large sedan in its lineup, and couldn’t call it a Buick since the brand wasn’t established in the country, and didn’t want to badge it a Chevrolet either. The model and the brand were both canned in 2015.

Asüna was the equivalent of Geo, but for Pontiac-Buick-GMC dealers in Canada who also wanted a lineup of small and affordable vehicles. All of its cars were shipped in from factories in Asia.

Baojun is owned by a joint venture established by GM and SAIC Motor of Shanghai, China. Several of its products are crossovers, but it also markets sedans, station wagons and an electric city car. 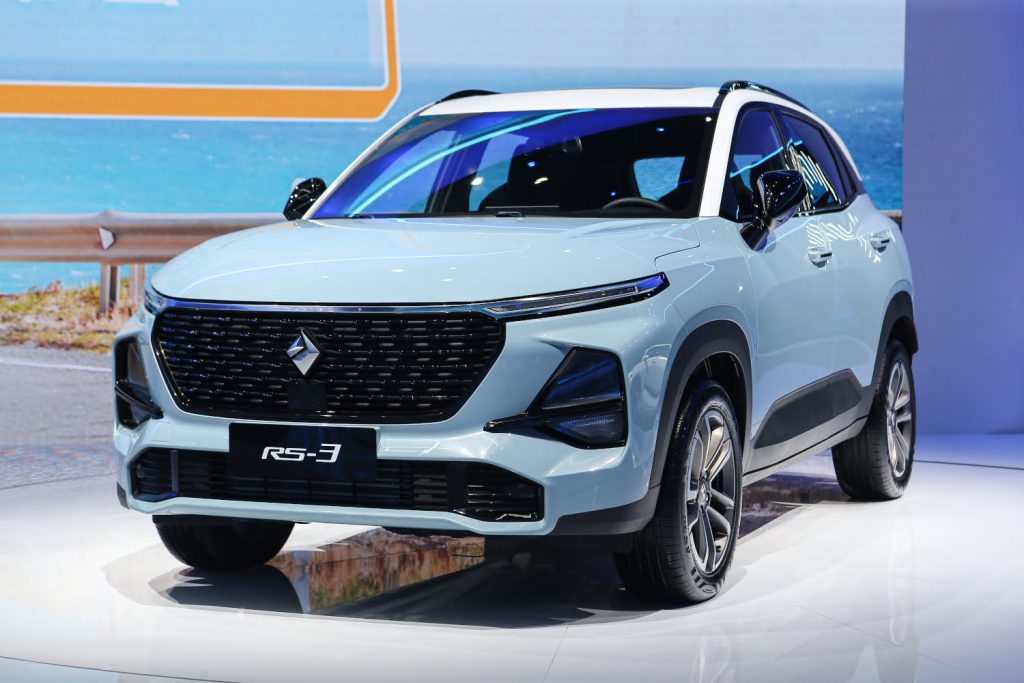 Beaumont was originally a model name used by Acadian. It became a standalone brand for the Canadian market in 1966, producing its own version of the Chevrolet Chevelle. 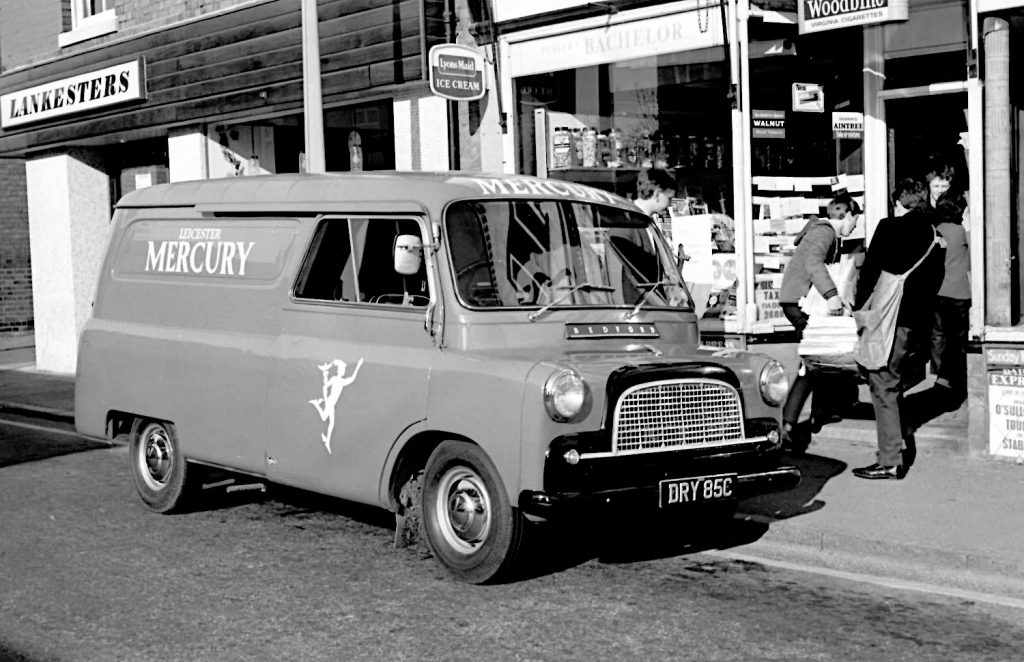 Born in Arbroath, Scotland, David Dunbar Buick set up a car company under his own name in 1899. Although he left it seven years later, Buick remains the longest-lived of all GM brands.

The second oldest of the GM brands is Cadillac, which was founded under another name in 1901. It was reorganized (and named after French explorer and Detroit founder Antoine de la Mothe, Sieur de Cadillac) the following year.

GM founder William Durant bought Cartercar from its creator Byron Carter in 1909, largely because of its friction-drive transmission. Criticized later for his decision, Durant said, “Well, how was anyone to know that Carter wasn’t to be the thing?”

William Durant and Swiss race car driver Louis Chevrolet created Chevy during Durant’s period of exile from General Motors. The new business was so successful that Durant was able to buy his way back into GM after just five years. 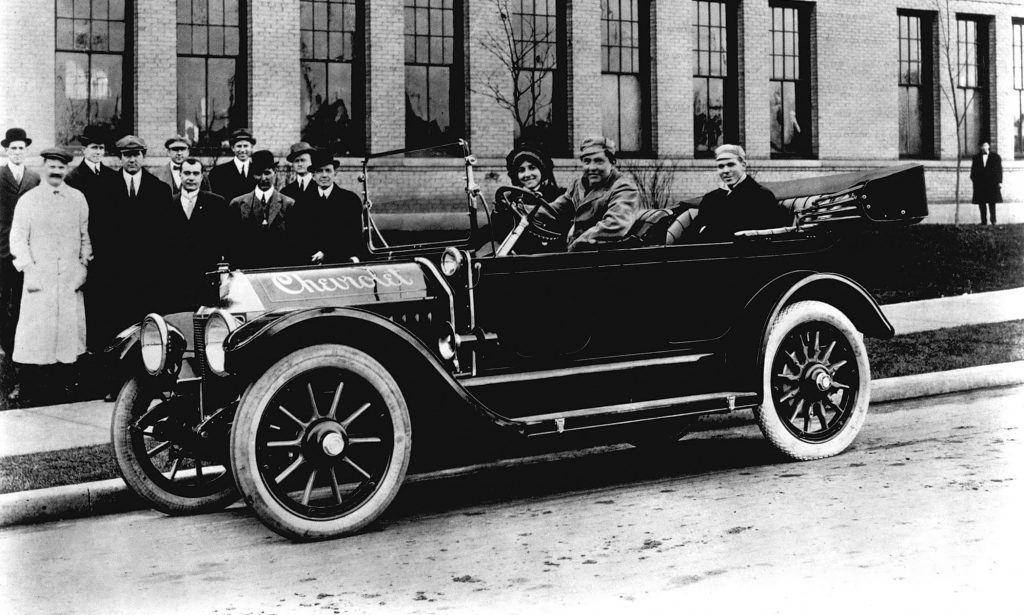 The South Korean company became a GM subsidiary in 2001 and was renamed GM Korea ten years later. From 2005, cars formerly sold in Europe as Daewoos were renamed Chevrolet. 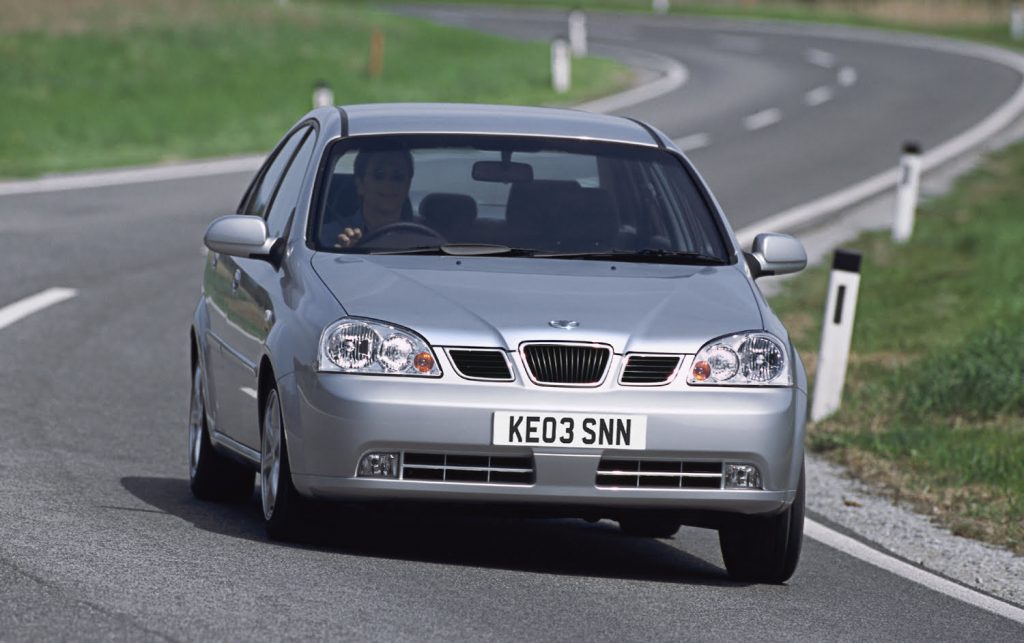 Elmore was one of many companies added to the rapidly expanding list of GM brands during William Durant’s buying spree. Production stopped in 1912, four years before the remains of the marque were sold off.

While Pontiac-Buick-GMC dealers in Canada were selling Vauxhall models imported from the U.K., Chevrolet-Oldsmobile dealerships also wanted small and affordable models to sell, so the Envoy brand was created. These rebadged Vauxhall sedans and wagons, as well as Bedford vans, had slightly different features and trim.

Similar to the Envoy brand, a couple of Vauxhall models were imported into Canada for Pontiac-Buick-GMC dealers, while Chevrolet-Oldsmobile retailers received rebadged variants called the Epic HA and Epic HB. They were mostly identical to the Vauxhall Viva models, but with slightly different exterior styling elements to set them apart.

The Cleveland Auto Cab Company began building taxis named after its home town of Geneva, Ohio. They were renamed Ewing after an investor who took over the whole business. GM bought the brand in 1909 and, typically for the era, shut it down two years later.

Geo was established as a brand selling rebadged Isuzus, Suzukis and Toyotas. It was shut down in 1997, but former Geos continued to be sold as Chevrolets until as late as 2004.

GM was used as the brand name for the all-electric EV1 which was produced long after the first electric car boom and shortly before the second. Nearly all its products were repossessed and destroyed.

(Note: GM Authority readers have helpfully pointed out that the GM nameplate also appeared on Yellow Coach buses built after that brand’s retirement in 1943, and that it was one of many nameplates used for the 1970s Basic Utility Vehicle, or BTV, developed by Vauxhall on behalf of General Motors Overseas Operations and based on the Bedford HA van.) 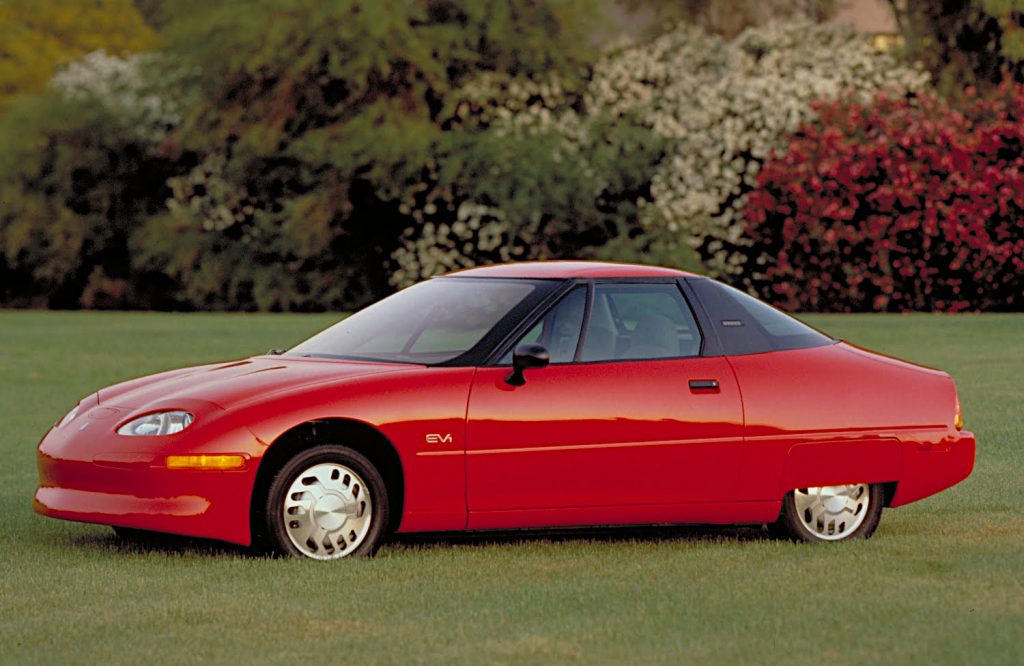 GMC was formed by merging the Rapid and Reliance brands, both of which had been bought by GM before 1910. The GMC name was first used in 1912.

Australian company Holden was founded as a saddlery in the mid-19th century and later moved into manufacturing car bodies. GM bought it in 1926, but stopped production in 2017 and discontinued the brand entirely in 2020. 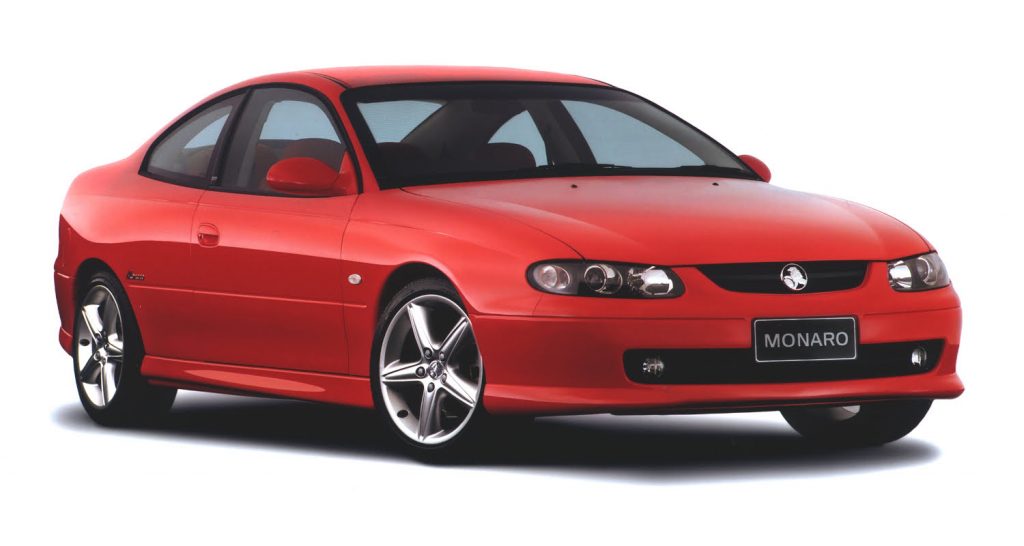 The original Hummers were civilian vehicles built by AM General. GM bought the brand in 1998 and discontinued it in 2010. The upcoming Hummer EV pickup and SUV will be marketed by GMC.

LaSalle was one of four companion makes allied to existing GM brands in an effort to exploit the auto market more fully. LaSalle was the companion to Cadillac, but built more affordable cars until it was abandoned in 1940. 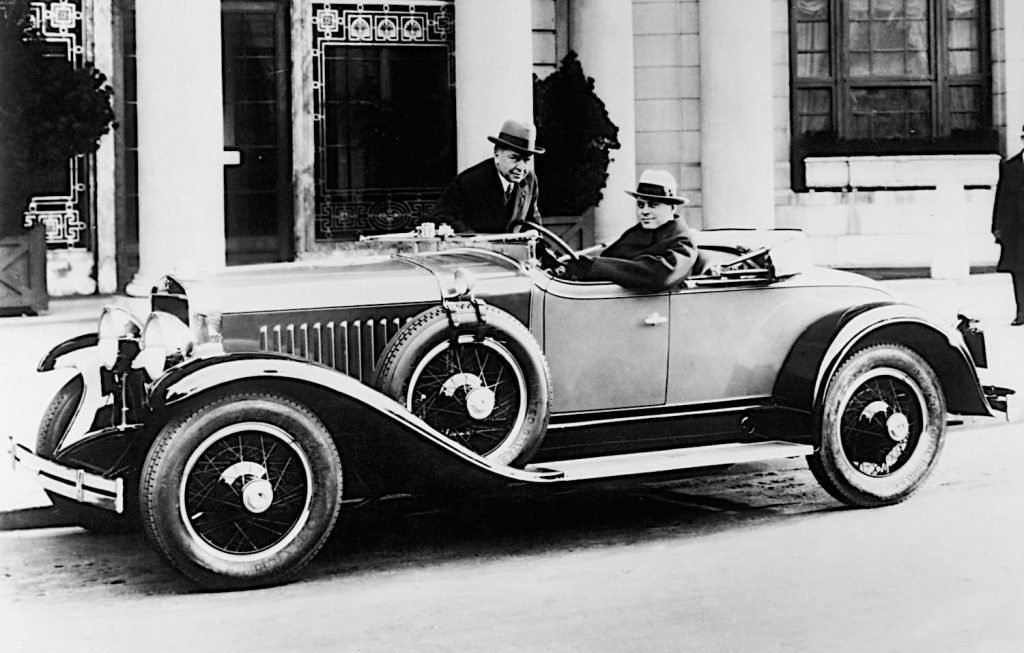 GM bought a controlling interest in 1986, four years after the death of company founder Colin Chapman. In 1993, it was sold to Romano Artioli, who also owned Bugatti at that time. The Lotus Elise is named after Artioli’s granddaughter, Elisa.

Marquette was established to build Rainier cars in the first decade of the 20th century. The name reappeared in 1929 as a Buick’s companion make, but was discontinued very soon afterwards.

Canadian automaker McLaughlin became part of the GM empire in 1918 and was merged with Chevrolet Canada to form General Motors Canada. McLaughlin cars continued to be sold until 1942.

Oakland was the only GM brand to be outlived by its companion make. A successful brand in its own right, placed slightly above Chevrolet in the GM hierarchy, it was joined by Pontiac in 1926. While Pontiac continued into the 21st century, Oakland did not survive beyond 1931.

Founded by Ransom E. Olds, Oldsmobile was one of the longest-surviving of all GM brands. Its Curved Dash model of 1901 is credited with being the first car built on an assembly line. It was acquired by GM in 1908 and withdrawn from the market 96 years later. 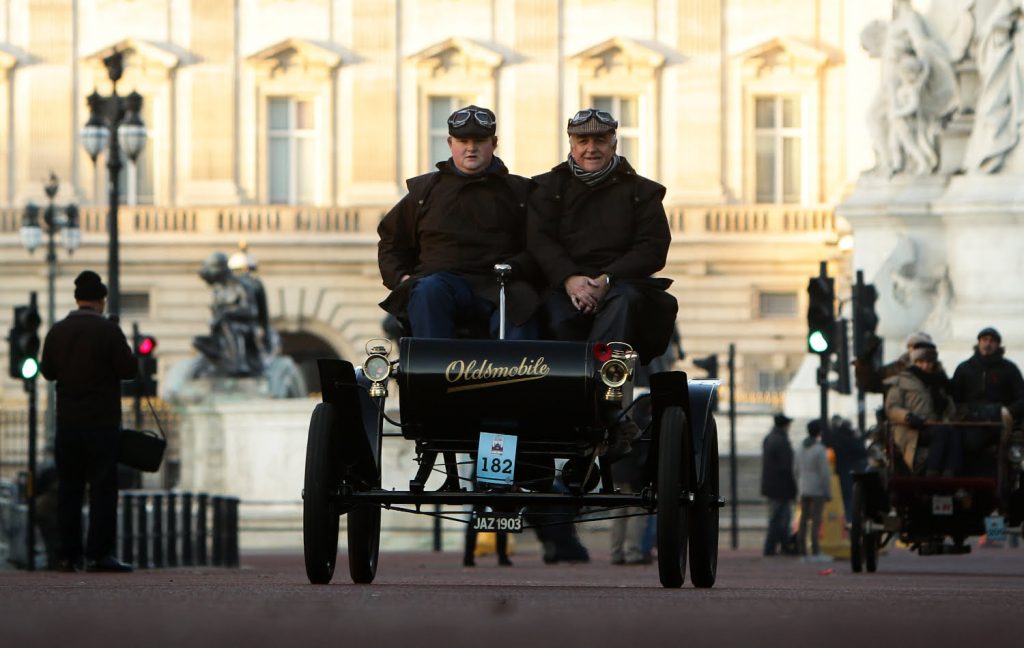 One of three European GM brands, Opel built its first car in 1899. GM took a majority shareholding in the German company in 1929 and bought it outright in 1931. For many years the centerpiece of GM Europe, it was sold to Groupe PSA in 2017 and is about to become one of the brands in the Stellantis conglomerate.

Passport was a Canadian brand which sold cars built in Europe or Asia. It was replaced by Asüna, which was no more successful than Passport had been.

As mentioned previously, Pontiac was the only companion make to outlast the brand it had been assigned to (in this case Oakland). By the time it was discontinued in 2010, Pontiac had also outlived all the other companion makes by 70 years. 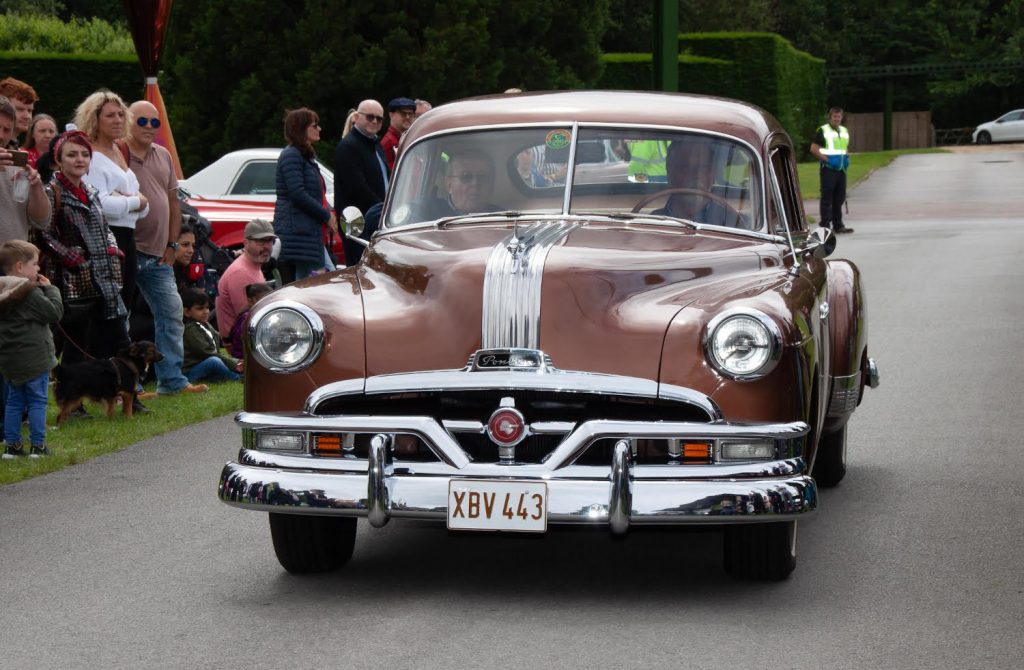 A manufacturer of large, powerful cars, Rainier was one of several manufacturers brought into GM by the power of William Durant’s checkbook. This happened in 1909, although two years later, with Durant in temporary exile, the brand was dropped.

Rapid began manufacturing commercial vehicles in 1902 and became part of GM seven years later. Its identity was submerged within GMC in 1912.

Perhaps uniquely in the auto industry, Rangers were built in South Africa, Belgium and Switzerland. The cars were locally produced versions of the Opel Rekord, but with the front grille and quad headlights from the Vauxhall Victor. African and European versions used Chevrolet and Opel engines respectively. 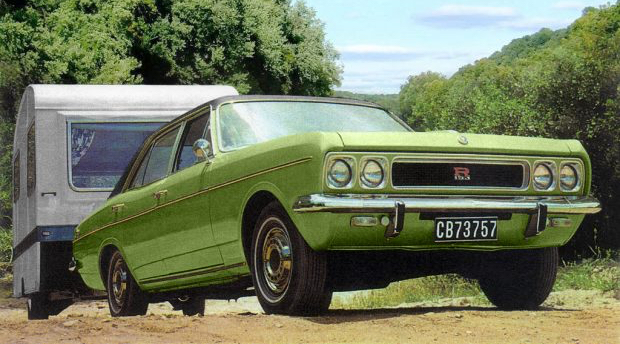 The Reliance story is almost identical to that of Rapid, except that Reliance was founded in 1904 and absorbed into GM in 1908.

The brilliantly innovative automotive division of the Swedish Aeroplane Company (Svenska Aeroplan Aktiebolaget, or SAAB) was founded in 1945 and produced its first car, the astonishingly aerodynamic Saab 92, in 1949. GM bought a 50 percent stake in 1989 and the remainder in 2000. The brand eventually folded, under new ownership, in 2012. 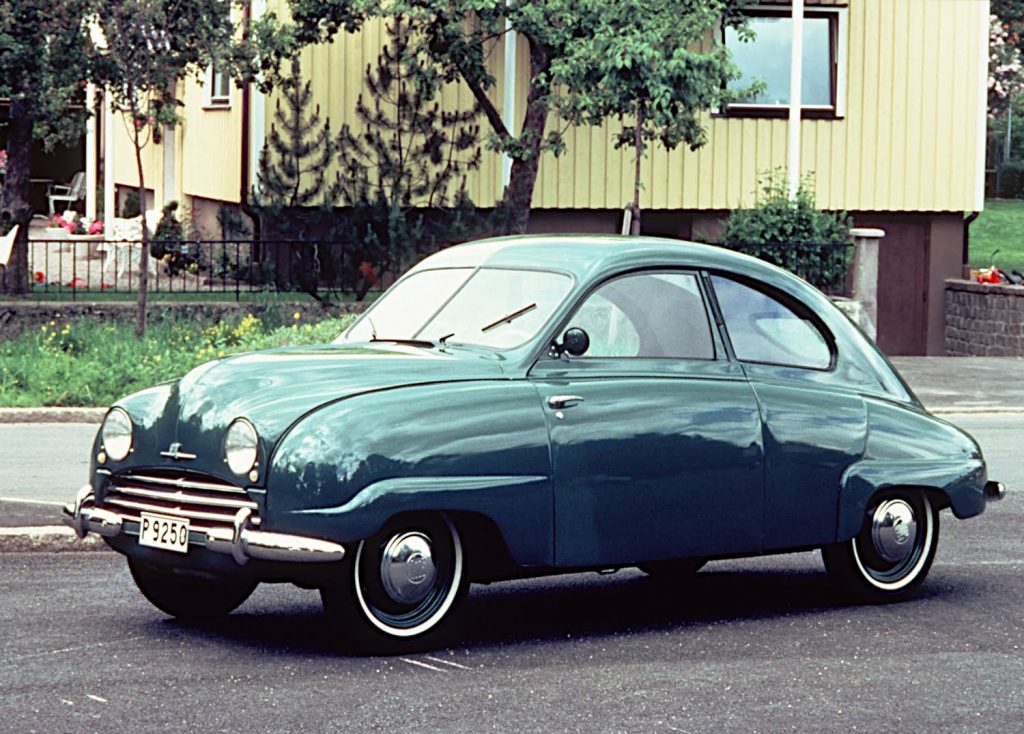 Marketed as “a new kind of car company” from the launch of its first model in 1990, Saturn was an attempt to build inexpensive North American cars in opposition to Asian imports. The project was not GM’s greatest success, though it did continue producing cars for two decades.

Engineer and artist James Scripps Booth created his own luxury automotive brand in 1913, adding a hyphen to his surname for the purpose. Scripps-Booth became a division of General Motors about halfway through its short life. Depending on which source you believe, it was discontinued in either 1922 or 1923.

Sheridan was the first brand created (as opposed to bought) by General Motors, a few years before the companion makes program started. It was a pet project of William Durant, who was removed from GM for the second and final time shortly afterwards. He bought the Sheridan brand in 1921, but it was gone by the end of the year.

Vauxhall’s roots are in an engineering company founded in the mid-19th century, but it did not move into the auto business until 1903. It was purchased (and effectively saved) by GM in 1925. By the 1980s, Vauxhalls were essentially Opels rebadged for the U.K., though in many cases also built there. Along with Opel, the brand was sold to Groupe PSA in 2017. 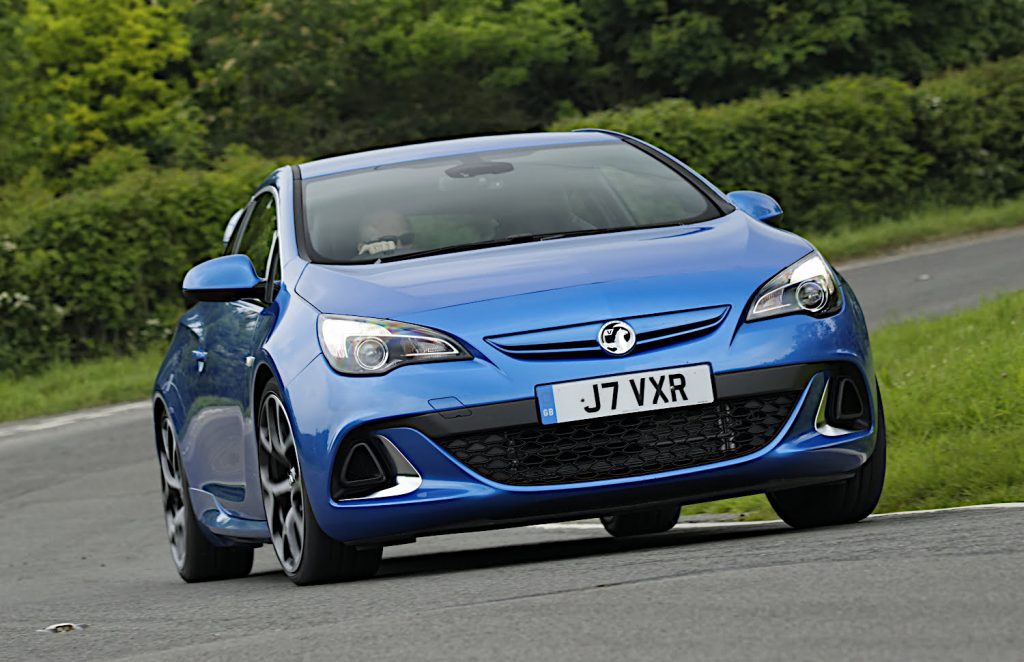 Of all the companion makes, Viking was the only one placed higher in the GM line-up than its partner, which in this case was Oldsmobile. Like Marquette, it was hardly on the market long enough for anyone to notice, selling cars only from 1929 to 1931.

Welch began operations as Chelsea in 1901, but was renamed in honour of its founding brothers three years later. Notable for its technological innovation, Welch was taken over by General Motors and abandoned almost immediately afterwards.

Wuling is a brand created by the joint venture between GM and Chinese company SAIC Motor. Its products include trucks and buses as well as private passenger vehicles. There is also a division devoted entirely to manufacturing engines.

The Yellow Cab Manufacturing Company was founded in 1920 by John Hertz to build vehicles for the Yellow Cab company he had created in 1907. GM took a controlling interest in 1925 and bought the whole business in 1943, absorbing it immediately into GMC.

Yellow Coach was the bus-building subisidiary of John Hertz’s Yellow Cab brand. Its history from 1925 is identical to that of Yellow Cab. The final Yellow Coach design, the “old look” bus, was introduced in 1940. Though technically replaced by the “new look” model in 1959, it remained in production for a further ten years after that.

Now that’s finally over, be sure to subscribe to GM Authority for more around-the-clock GM news coverage.