A dash cam can be a practical tool to have for any motorist, as they can help drivers explain their side of an accident to law enforcement, help them get out of a ticket and even fight insurance fraud. Dashcams are also just a fun tool to have for capturing wild accidents and mishaps that may happen out on the road, like this mishap involving a GMT900 generation GMC Sierra and a Mitsubishi crossover, for example. 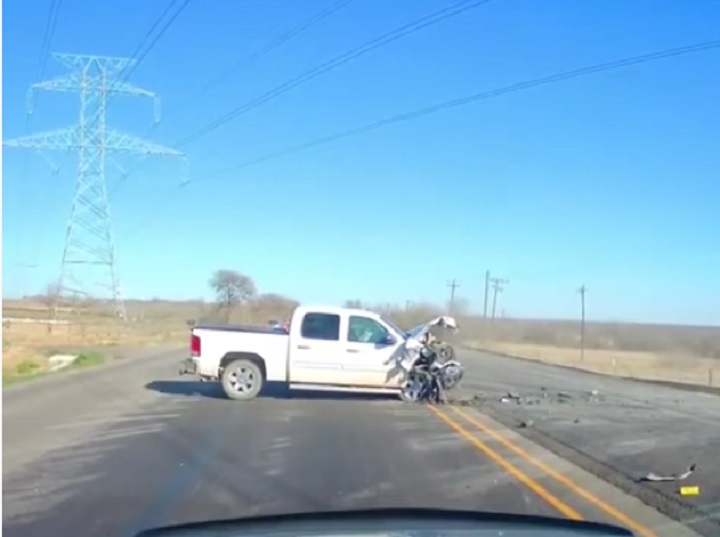 This dashcam video, which was uploaded to the ViralHog YouTube channel this week, shows a GMC Sierra getting clobbered head-on by what appears to be a Mitsubishi Outlander Sport crossover. According to a social media post that was shared by the dashcam owner, the driver of the Mitsubishi was allegedly fleeing the police when he crashed into the Sierra, which was being driven by an elderly man.

“Guy was running from the cops yesterday and tried to cut across to the construction side of the road,” the cammer’s social media post said. “Old 70ish year old man in the Chevy t-boned him. Guy took off running into a Stericycle plant down the driveway. He was arrested and thankfully the old man was okay.” 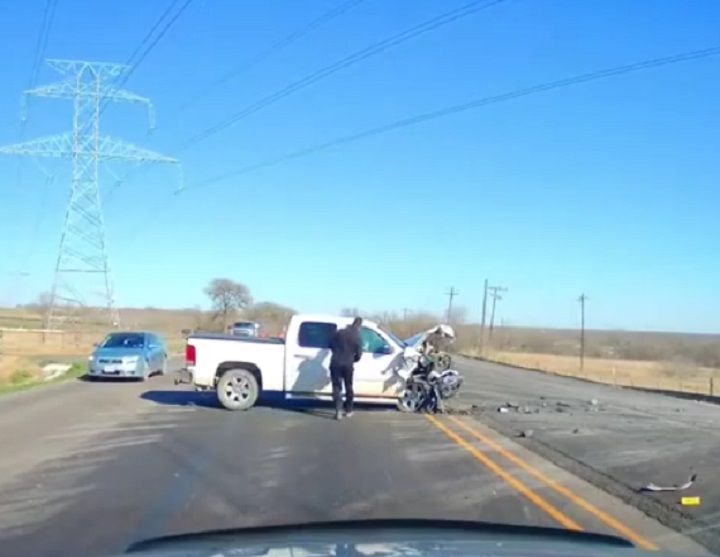 The Mitsubishi driver also put his passenger in harm’s way, as there was apparently a 25-year-old occupant in the front seat that was pinned in the car. According to the filmer, the passenger was “hurt but alive.” 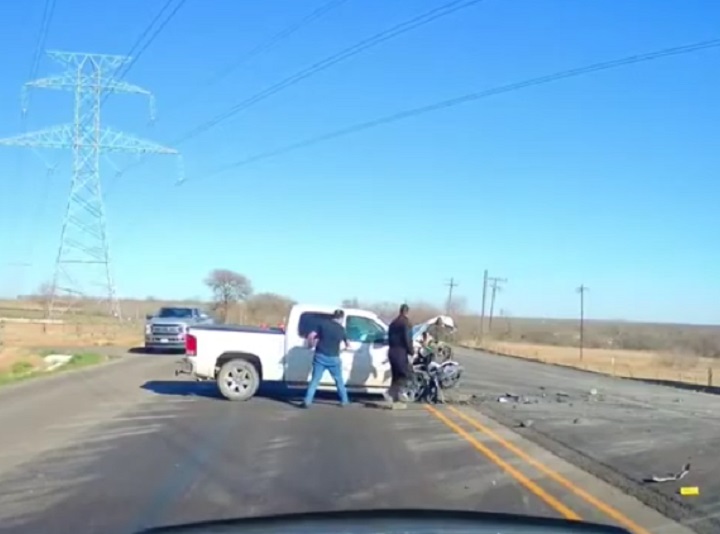 This crash happened on State Highway 21 in Dale, Texas, just in front of a Stericycle plant, according to the latitude and longitude displayed on the dashcam footage. We couldn’t find any related news reports on the collision, so it’s not clear why the Mitsubishi driver was running from the police in the first place. Regardless, we’re just glad everyone was able to walk away from this serious head-on accident.

Check it out in the clip embedded below.