GM workers are responding positively to the integration of strength-enhancing exoskeletons in the automaker’s production facilities.

Ergonomic technical specialist at GM, Ryan Porto, told Automotive News this week that the automaker has already received positive feedback from production employees who have tried the exoskeleton technology at work.

Certain GM workers have been wearing the strength-enhancing gear for between four and 18 months as part of a pilot program intended to evaluate the technology for more widespread integration in the future. Those employees who have tried the technology reported improvements in their quality of life at work, along with improved posture and elevated energy levels.

Some GM workers have also said using the exoskeleton has allowed them to contribute more at home. Oftentimes production employees would be too tired to finish their chores once they got home from work, but the exoskeleton enables them to spread their energy more evenly throughout the day. 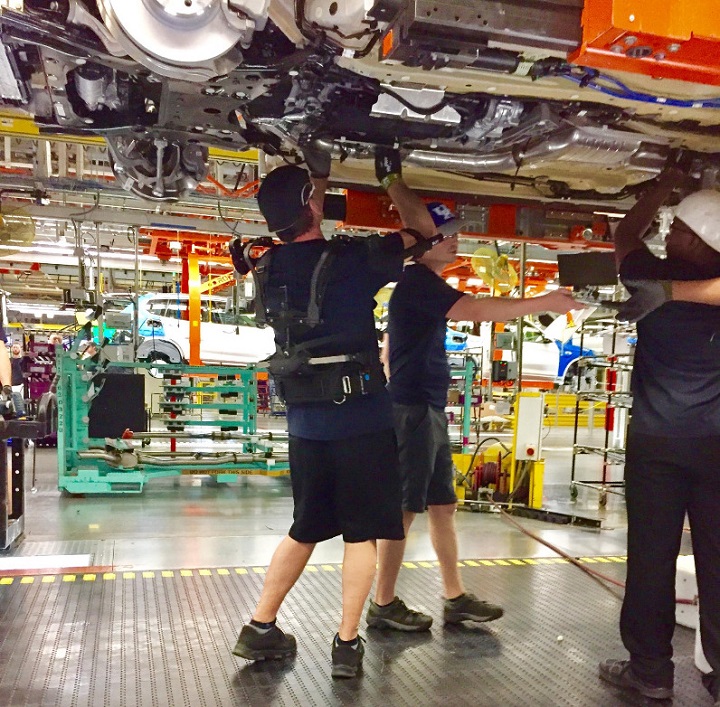 GM began experimenting with exoskeleton technology for production employees last year, with the automaker trailing the SuitX Modular Agile eXoskeleton (MAX) at a handful of facilities. The MAX has four separate parts for the shoulder, back and legs and uses springs and clutches that work in parallel with human joints to provide extra strength and reduce the muscle activity needed for heavy lifting tasks.

In addition to helping workers lift heavy objects, the exoskeleton can also remove some of the strain put on joints and muscles when employees are working overhead or when they need to bend over. 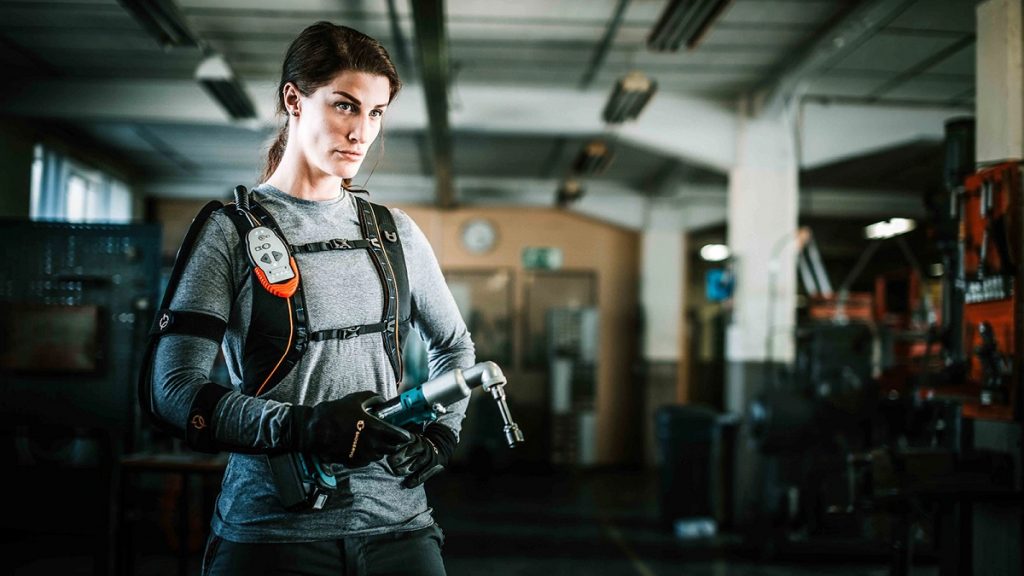 GM workers have also been experimenting with a strength-enhancing glove called the Bioservo Ironhand, which can increase hand strength by 15-20 pounds for extended periods of time and by up to 50 pounds in short bursts. The automaker said previously that workers could also combine the MAX system and the Ironhand glove for a more complete exoskeleton that provides all-around improved strength.