Last week, GM Authority was first to report that the upcoming Cadillac Blackwing models – the CT4-V Blackwing and CT5-V Blackwing – will be revealed on February 1st and that pre-orders for both will open on the same day. Now, we can exclusively tell you about the figures associated with reservations for both.

A total of 500 units of the Cadillac Blackwing super sedans will be made available for pre-order, evenly split between the 2022  CT4-V Blackwing and 2022 CT5-V Blackwing (250 for the former, and 250 for the latter). After those first 500 pre-orders are spoken for, Cadillac dealers will be able to order more of the ultra-high-performance luxury sedans. 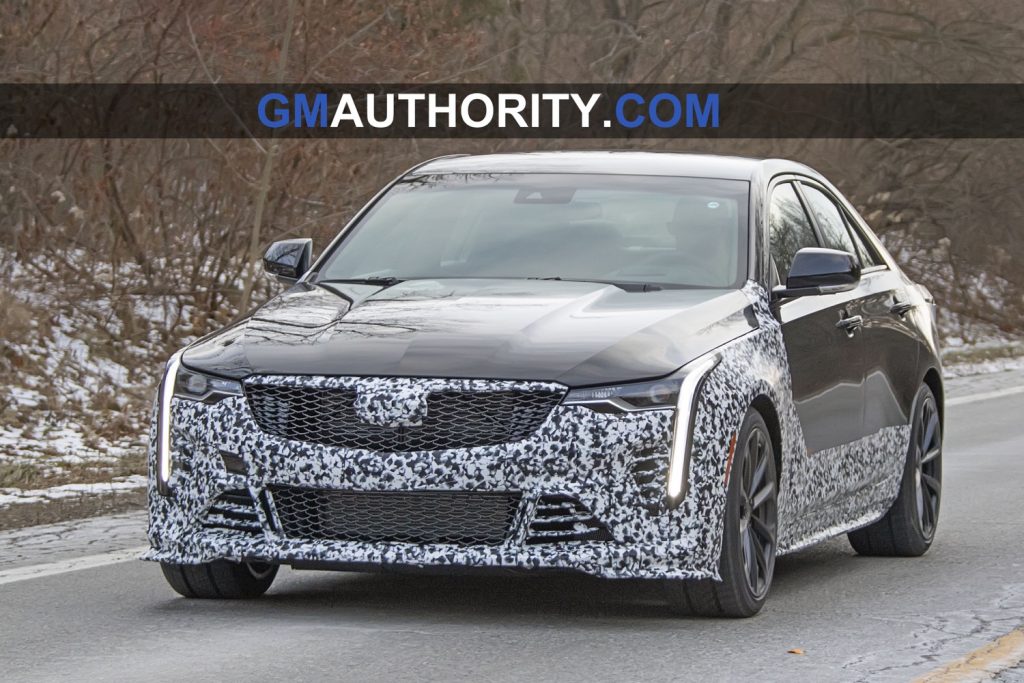 To build awareness and interest in the reveal on February 1st, Cadillac will air a teaser video during the Rolex 24 Hours of Daytona race on Saturday January 30th. Cadillac will be well-represented in the race by the No. 38 and No. 48 Cadillac DPi-V.R. race cars. Seven-time NASCAR champion Jimmie Johnson will pilot the No. 48 car alongside two-time Rolex 24 winner Kamui Kobayashi, former Corvette Racing driver Mike Rockenfeller, and Indy 500 champ Simon Pagenaud.

Meanwhile, the CT5-V Blackwing will be powered by a supercharged 6.2L V8 similar to the LT4 unit used in the third-gen Cadillac CTS-V, which produced 640 horsepower and 630 pound-feet of torque. The engine will be slightly more powerful  in the CT5-V Blackwing to enable the car a top speed of at least 200 mph.

And, as first reported by GM Authority, both cars will have a six-speed manual gearbox sourced from Tremec as standard. GM’s 10-speed automatic will be offered as an option on both models.

We’ll have even more details on both new Cadillac Blackwing models shortly, so be sure to subscribe to GM Authority for more Cadillac CT4 news, Cadillac CT5 news, Cadillac news, and around-the-clock GM news coverage.