Rumors that an ad for the upcoming GMC Hummer EV SUV would feature during Super Bowl LV on February 7th were denied earlier this month by Buick and GMC chief Duncan Aldred, who stated during a media call attended by GM Authority that neither brand had plans to advertise during the event. But Aldred did not mention other GM electric vehicles, or specifically the Cadillac Lyriq crossover, the first full EV ever produced by the General’s luxury brand.

According to a recent post on Automotive News, an ad for the Cadillac Lyriq will be one of two promoting GM during Super Bowl. It is expected to feature actor and comedian Will Ferrell, and may also involve a theme similar to that of the 1990 Tim Burton movie Edward Scissorhands. It should also promote the Super Cruise semi-autonomous driver assist system, which is currently available in the 2021 Cadillac CT4 and 2021 Cadillac CT5 luxury sedans and the 2021 Cadillac Escalade full-size SUV.

The production version of the Cadillac Lyriq will look similar to the show car pictured on this page, though there will be some changes. It was originally scheduled to launch at the end of 2022, but the date has since been brought forward by nine months to the first quarter of that year.

The Lyriq will be the first of six Cadillac EVs to go on sale by 2025. The others are two more crossovers named Optiq and Symboliq, a flagship sedan called Celestiq, an electric version of the Escalade and a low-roof model whose name has not yet been confirmed.

The other ad is likely to showcase the recently announced Everybody In campaign, which promotes GM’s electric vehicles and advanced technology. In particular, GM is expected to use this ad to show off its new logo in addition to its Ultium battery and Ultium Drive powertrain technologies. 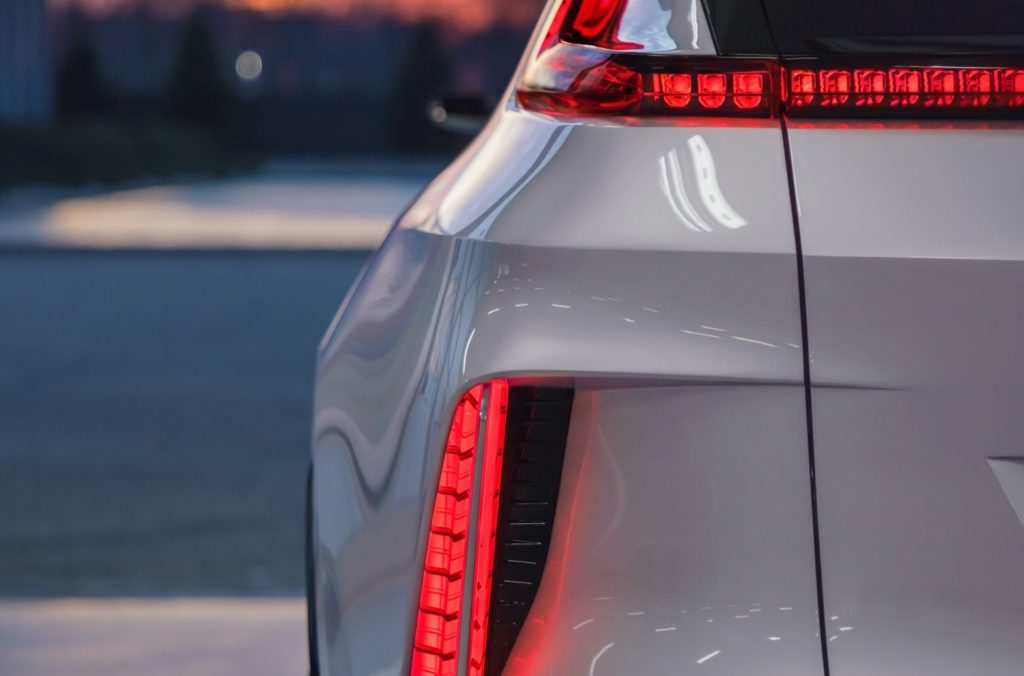 “General Motors is creating a movement by making EVs fun, desirable and accessible for people from every walk of life,” Deborah Wahl, the former McDonald’s Chief Marketing Officer who now has the same role at General Motors, wrote in a recent LinkedIn post. “We’re excited to demonstrate the tremendous energy and enthusiasm behind our EV commitment by showing up big at this year’s Super Bowl with both GM and Cadillac.”