In this final week of January 2021, General Motors is celebrating 96 years of operations in Brazil, a country with the main automotive market in South America and the company’s third largest operation in the world, behind China and the United States. The celebration coincides with another important milestone for GM, since the automaker has just reached the mark of 17 million vehicles manufactured in the country.

The company announced that it has already produced more than 17 million units through three vehicle plants that it currently owns in Brazil: São Caetano do Sul (São Paulo), São José dos Campos (São Paulo) and Gravataí (Rio Grande do Sul). Combined with good business performance, this supports the recent resumption of the 2020-2024 investment plan to further modernize its facilities and build next-generation vehicles.

“This is important milestone that shows the size of the commitment that GM has with Brazil. And this commitment is returned by the Brazilians,” said GM South America President, Carlos Zarlenga, in a statement. “Onix has been the best-selling car for six years and the market leader in general for five years. In retail sales, which reflect consumer preference, we have been leaders since 2013 and this leadership has been expanding in recent years. We closed 2020 with six percentage points ahead of the runner-up,” he added.

Assembly line of São Caetano do Sul plant in 1936

In fact, the company’s top executive in the region affirms that right now, the Chevrolet brand is enjoying the best moment since it was introduced in Brazil nearly 100 years ago. “As a result of this, our research indicates that the Chevrolet brand has never been so well positioned as it is now. It is an anniversary full of conquests and meaning,” Zarlenga concluded. 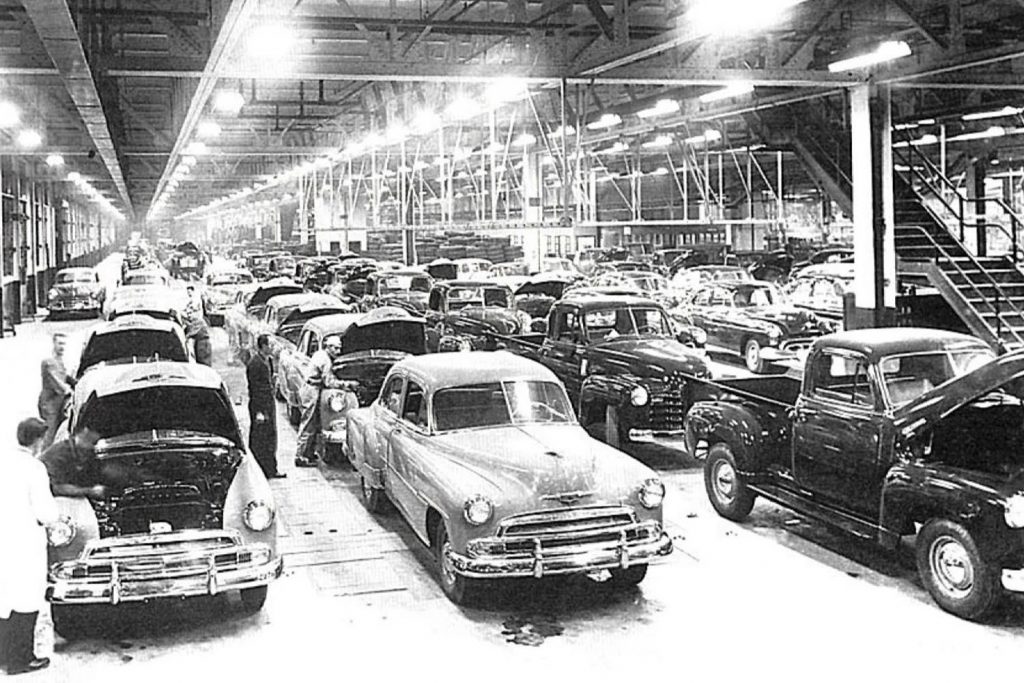 Founded in late January 1925, GM Brazil is the largest automotive company in all of South America and the second largest subsidiary the company owns outside of the United States, behind its operations in China. Unlike other markets around the world, GM only manufactures and markets Chevrolet vehicles in Brazil, which recorded two consecutive years as the brand’s second largest market with 338,549 units sold.

Adding three automotive plants equipped with the latest and highly efficient assembly technologies, GM currently has a manufacturing capacity of about 740,000 units per year in Brazil. Additionally, the Gravataí factory that exclusively produces the best-selling second-generation Chevrolet Onix is considered the world’s most efficient car plant, capable of manufacturing 25,000 units of the model in just 20 days.

Here is the most significant news from GM Brazil in the last year: