With General Motors making a major pivot towards all-electric vehicles and autonomous vehicle technology, the automaker is also revamping its design work, even unveiling a new corporate logo to coincide with the refocus. Naturally, The General’s future vehicles will also reflect this watershed moment with a slew of new styling cues, as evidenced by the following Chevy sports car concept sketches. 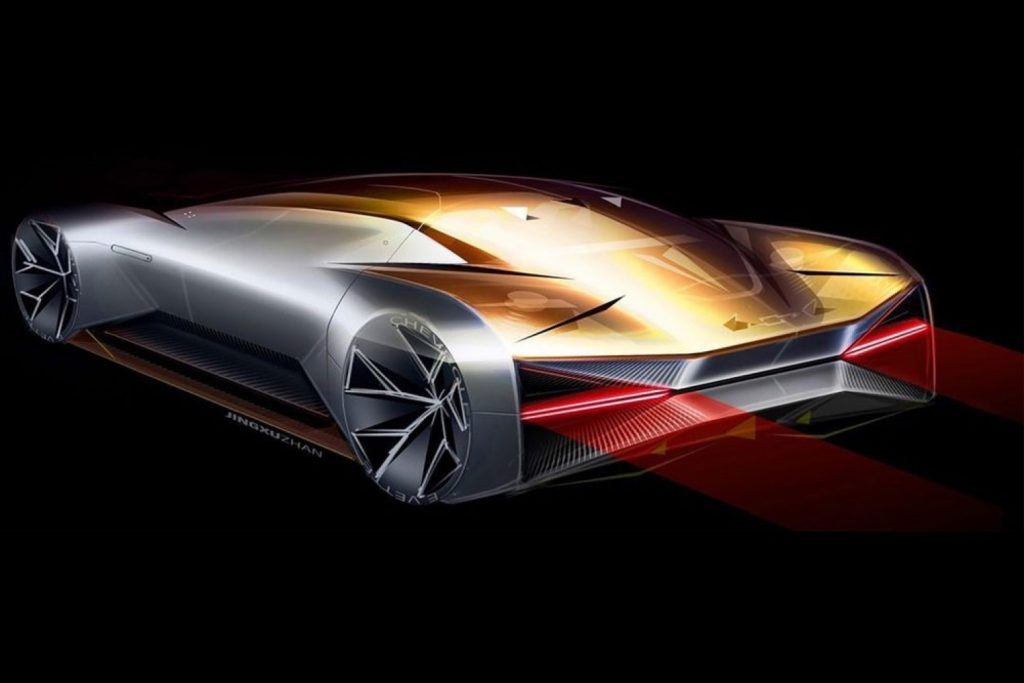 Recently posted to the official GM Design Instagram feed (@generalmotorsdesign), these Chevy sports car concepts looks like they are straight out of a sci-fi movie. The proportions are impossibly low and wide, with streamlined body panels marked by flowing lines and rounded curves.

Although these Chevy sport car sketches are focused on the rear three quarters view, they definitely have the right stuff to grab our attention. The concepts’ voluminous fenders house equally large wheels, which fill the space in a concave design and a smear of rubber around the perimeter.

The two sketches appear to be two different vehicles, with one of the concepts bearing a cab-back profile and extended hood line, while the other concept gets more even, mid-engine proportions. Both, however, sport horizontal lighting in the tail, as well as a prominent diffuser element lower in the bumper.

Although GM Design declines to specify what the sketches are intended to inspire, they are clearly representative of some futuristic Chevy sports car, given the Bow Tie badging seen on the tail of both sketches. Furthermore, one of the sketches can be seen with the word “Chevrolet E Vette” around the outer rim of of the wheels, providing further insight.

Naturally, vehicles like this aren’t destined for the production line, and are merely used to light the way forward for designers. However, judging by concepts like this, it’s safe to say that the Chevy sports car future looks bright, regardless of what’s under the hood.