General Motors is at the top of the list among major automakers in a recent customer loyalty analysis.

According to multinational consumer reporting company Experian, General Motors leads in customer loyalty, with 68.4 percent of new vehicle buyers in the U.S. returning to a General Motors brand (including Chevrolet, Buick, Cadillac, and GMC) following previous ownership of a new General Motors vehicle. 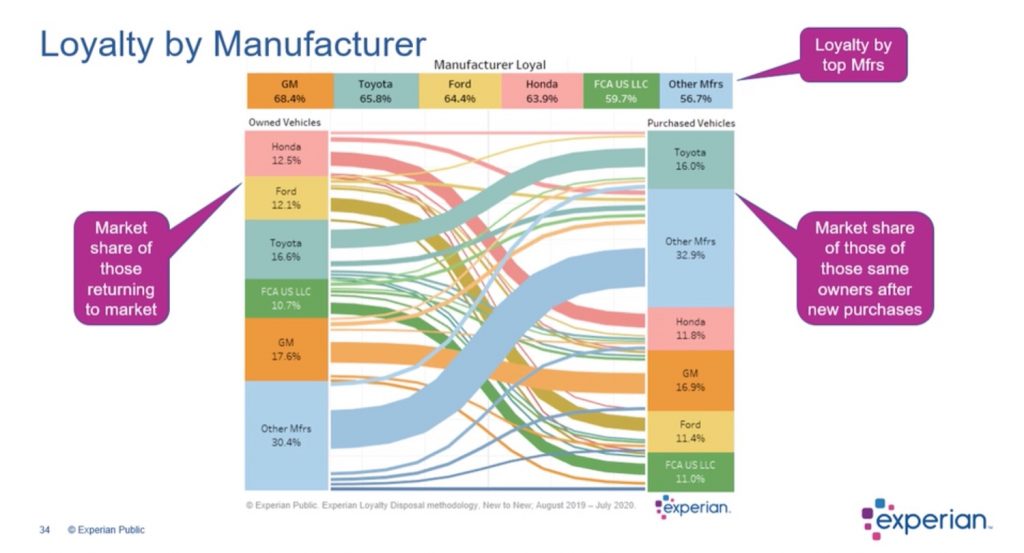 By comparison, Toyota was second in customer loyalty at 65.8 percent, while Ford was third at 64.4 percent, Honda was fourth at 63.9 percent, and FCA was fifth at 59.7 percent. 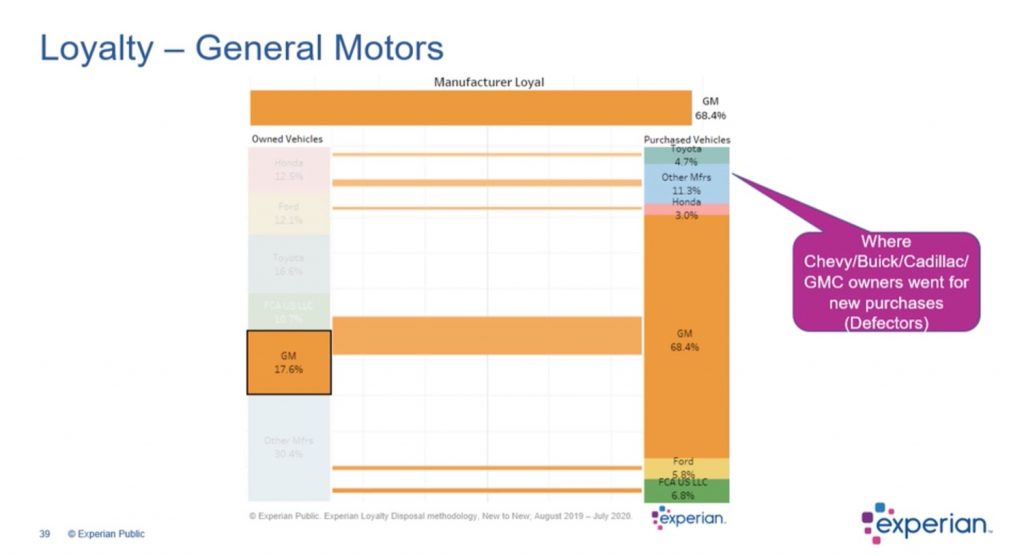 “Loyalty uses methodologies to measure the rate of vehicle purchasers at various levels, such as the brand name, the vehicle model, the dealer, etc. when a vehicle owner returns to market (RTM) to acquire another vehicle,” Experian explains. “The metric can be applied when the purchaser acquires a direct vehicle replacement or when matched to the entire household (garage) level.”

Customer loyalty is a crucial metric for auto makers, as it provides insight into the efficacy of things like marketing and dealership service.

The latest Experian Customer Loyalty analysis was conducted using data from the August 2019 to July 2020 timeframe.

Experian also points out that total light-duty VIO (vehicles in operation) is currently at 281.6 million in the U.S., led by General Motors. Ford is ranked second in VIO share, followed by Toyota in third.