We all have our occasional bad days, but this particular Chevy Malibu driver is having a terrible one as his car is about to be towed away. Not wanting to wear down a perfectly good pair of sneakers by walking home, the man tries to set himself free from the clutches of the tow truck, and fails miserably.

It’s unclear when exactly this amusing meltdown, but we’re looking at a current-generation Chevrolet Malibu sedan being repossessed in the parking lot of a Dunkin’ Donuts in Davenport, Florida. The apparent owner isn’t about to let that happen, and tries to drive the poor midsize sedan straight off the tow truck’s boom. 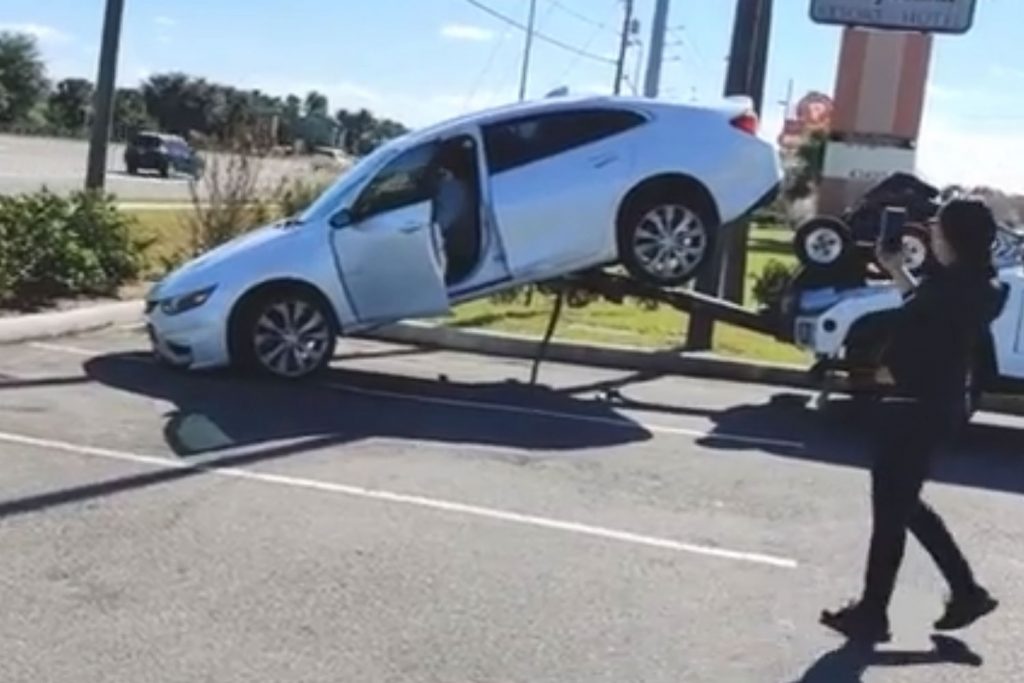 Obviously, this isn’t an easy task. We can see the driver mashing the gas pedal, spinning the front wheels to no avail, with the rear end lifted way up in the air, solidly supported by the tow truck. As stated in the video, the owner doesn’t seem to care about preserving the car’s condition at this point, since it’s about to be repossessed anyway. We can clearly see the Malibu’s chin scraping the pavement, while the underbody is seemingly getting heavily damaged all the while. 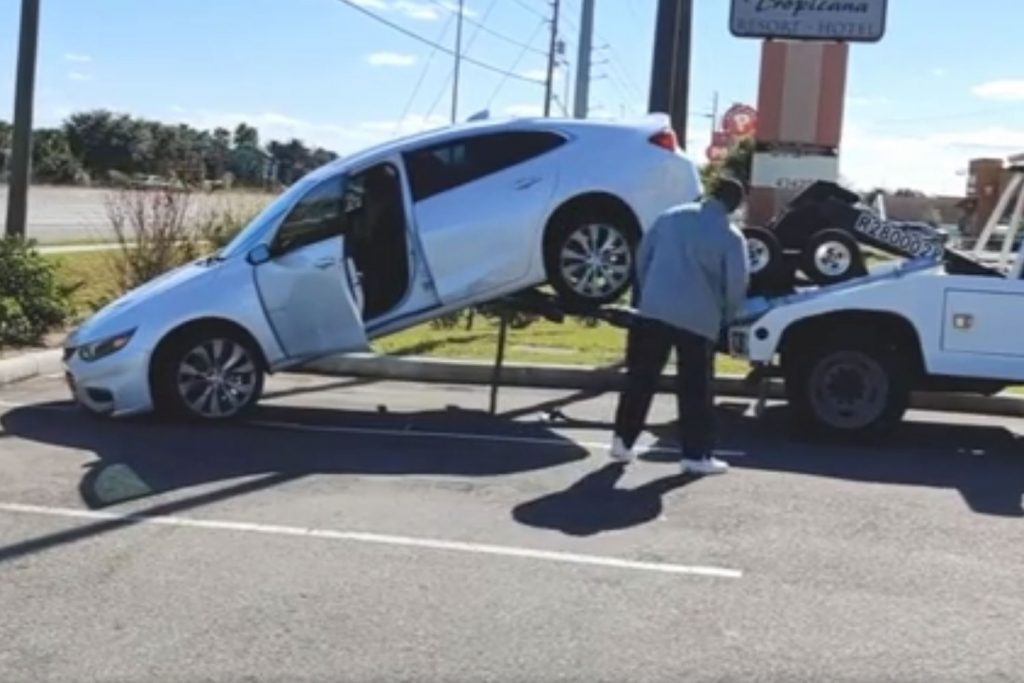 The Chevy Malibu’s owner even climbs out of the car several times, inspecting the tow truck’s hitch and trying to figure out how to escape its clutches. Meanwhile, what looks like the tow operator stands by without intervening whatsoever, probably knowing very well that little can be done at this point but watch. At least two people are filming the scene, which will probably be very educational for the insurance companies covering each of the two vehicles involved. 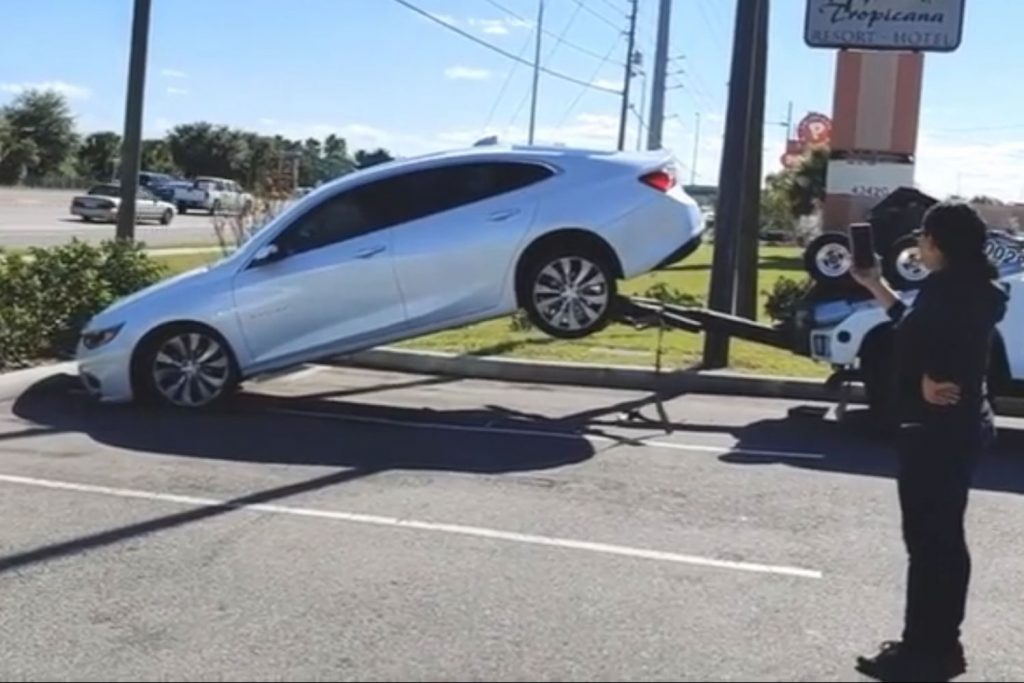 Even if the Malibu’s driver succeeded in getting enough forward motion to free himself from the tow truck, is he really expecting the car to survive the three-foot drop without damaging the suspension, the wheels and the rear bumper? Alas, we’ll never know.

Well he’s a fighter. from r/IdiotsInCars

What we do know is that the Chevy Malibu likely isn’t in this Florida man’s possession anymore, and he’s probably in worse financial shape than he was on this sunny day when he stopped for a coffee and a chocolate glazed donut.