A custom two-door Chevy Suburban that was displayed at the SEMA Show in Las Vegas has sold for a significant $75,000 via online car selling site Exotic Car Trader. 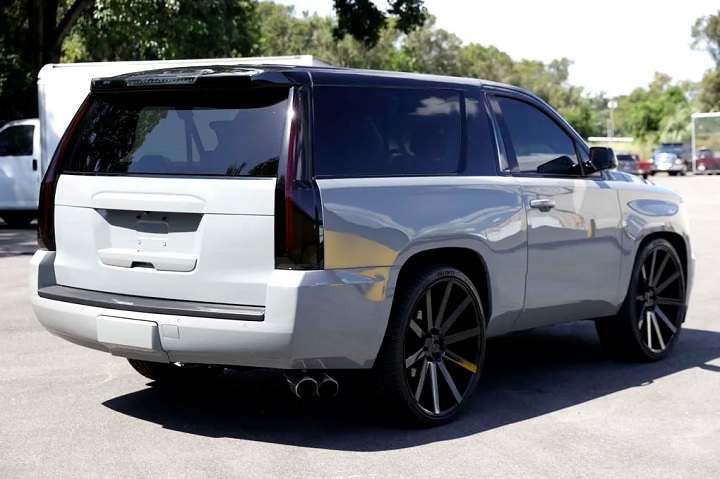 It’s not clear what shop was originally responsible for slapping this two-door Chevy Suburban together, though it has undergone quite an extensive overhaul, with the builders shortening the full-size SUV’s wheelbase and chopping off the two rear passenger doors. The rear end also underwent a little plastic surgery, receiving a pair of Cadillac Escalade taillights in place of the smaller Suburban taillights. 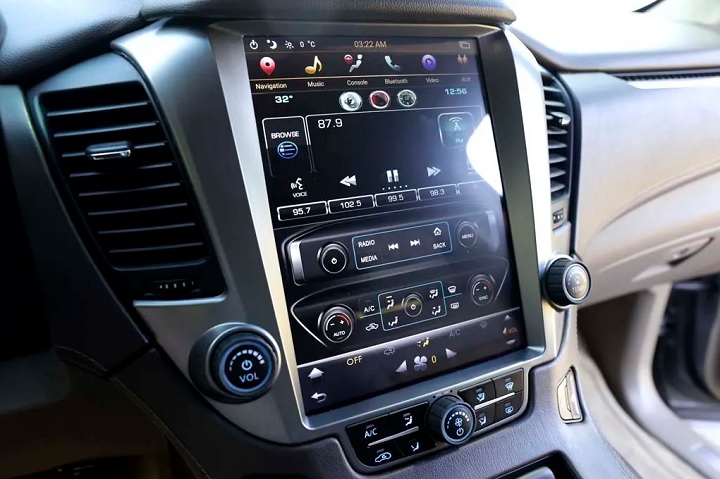 In addition to the custom two-door conversion, this Chevy Suburban features a two-tone exterior paint job with a black upper section and a Nardo Grey lower. It rides on massive 26-inch DUB alloy wheels, while that near-perfect stance comes from a six-inch Belltech Components drop with rear air shocks. The interior has also been completely redone, featuring diamond-stitched leather upholstery, a suede headliner, a 2,800 watt stereo system and a massive touchscreen lifted from a Tesla Model S. 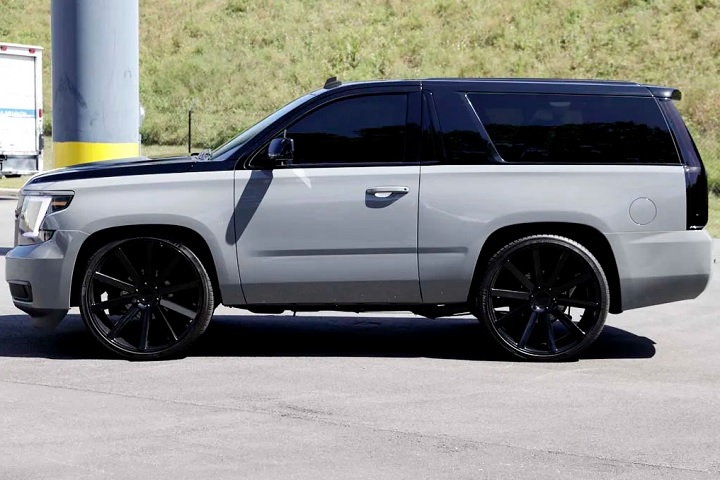 Originally based on a Chevy Suburban LT, under the hood of this custom two-door SUV is a 5.3L L83 V8 engine, which is paired with a 6L80 six-speed automatic transmission and rear-wheel-drive. The burly V8 soundtrack is enhanced by a full Borla exhaust system with Borla tips. 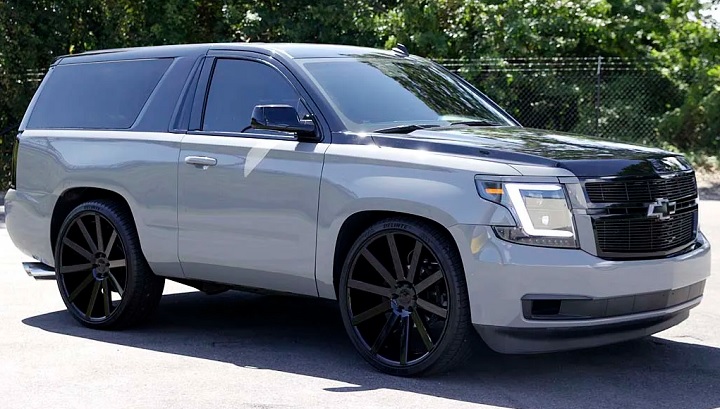 The previous owner of this former SEMA showpiece wasn’t afraid to drive it, as it has more than 67,000 miles on the odometer. For this reason, we’d say $75,000 is a bit of a steep price, but we suppose a custom vehicle is worth as much as someone is willing to pay for it. GM doesn’t sell a vehicle like this anymore, either, so the (typically expensive) aftermarket is the only way to get behind the wheel of a two-door body-on-frame Chevy SUV.