Bench racers on the Internet love to make wild claims about which car would win in a given matchup or what a particular setup should run in the quarter mile, often stating their predictions with total confidence and little to no evidence. However, at the end of the day, claims like these don’t actually matter at all – what truly matters is what happens when the lights go green and the clock starts ticking, something that this impressive Chevy Silverado drag machine proves in the following video. 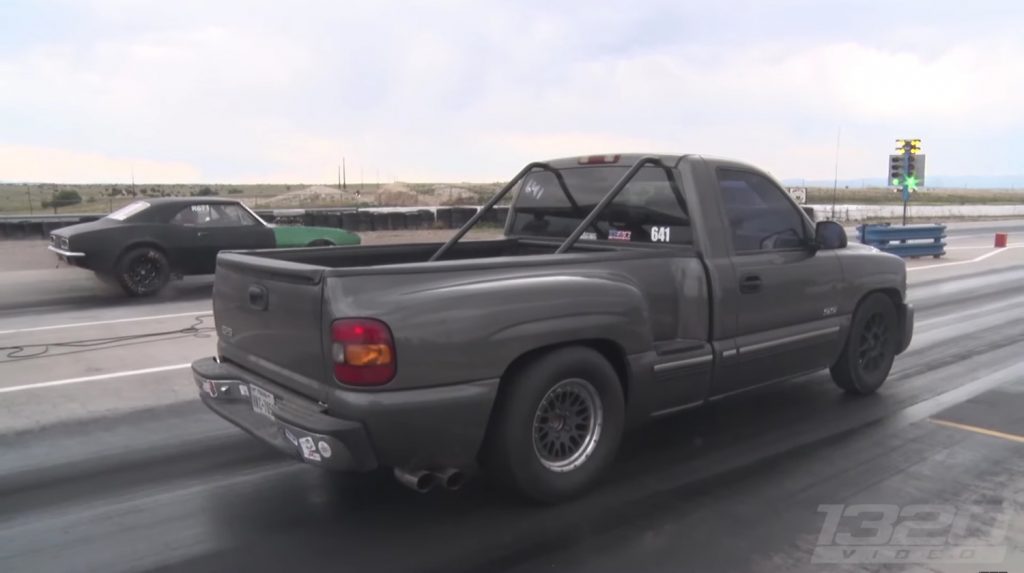 Coming to us from the folks at 1320, this particular video is a bit on the long side, clocking in at over 20 minutes. Even so, it’s filled to the brim with action, including plenty of passes from this drag-prepped Chevy Silverado, a.k.a. the Illverado.

Sitting in the hot seat is young driver Cory Dunlap, whose passion for racing is evident by his seemingly boundless energy and ever-present smile. The video opens at Bandimere Speedway in Denver, Colorado, with Dunlap on the scene in his race-prepped Chevy Silverado to compete in Rocky Mountain Race Week.

As luck would have it, the Silverado’s ring and pinion broke on the first pass. Nevertheless, Dunlap was undeterred, scrambling to find replacement parts at the last minute to get back on track, and it’s difficult not to share Dunlap’s passion hearing him tell the tale while lightning flashes in the background. 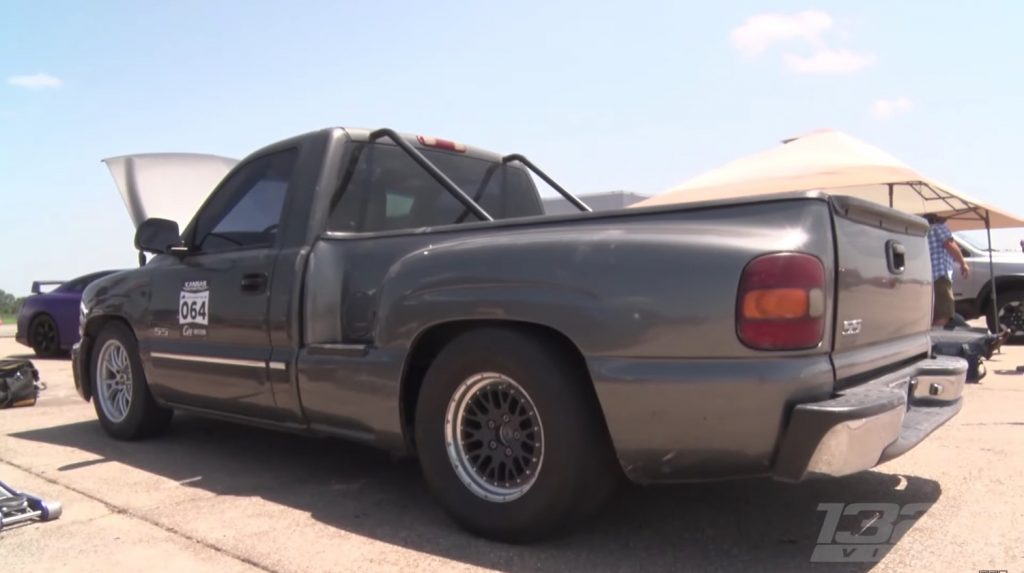 With the new parts back in the car, Dunlap proceeds to unleash his supercharged Chevy Silverado, putting down low 11-second passes over 120 mph. Not bad for a stick shift, 2WD pickup.

Later, Dunlap heads to a half-mile track to go up against a Nissan GT-R, and the results may surprise you.

All told, the enthusiasm that Dunlap brings to the video is contagious, and his 700-horsepower Chevy Silverado is definitely entertaining to watch as well.