The driver of a ninth-generation Chevy Impala was arrested in Phoenix over the weekend after he hit another motorist with his car in a suspected road rage incident.

According to local Pheonix NBC affiliate 12 News, the road rage incident started when the Chevy Impala driver, later identified as David Shelton, began arguing with a motorist at a red light. The video shows Shelton yelling at the motorist before he becomes enraged and purposefully crashes his car into the victim’s Toyota Camry. The victim, now out of his vehicle, is then hit by Shelton and forced onto the windshield. At this point, the victim stomps on the windshield of the Impala in an attempt to retaliate. 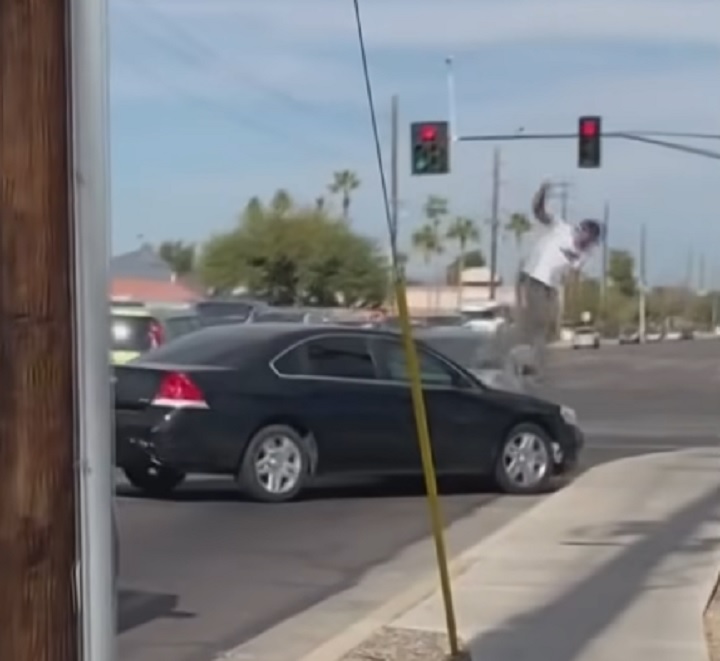 This is when things get a bit scary and somewhat graphic. Shelton puts his car in reverse and begins accelerating toward the victim, hitting him with considerable force and sending him tumbling over the top of the black Chevy Impala. He then flees down a nearby street and, according to police, proceeded to hit two more cars before they were able to catch up with him and place him under arrest. 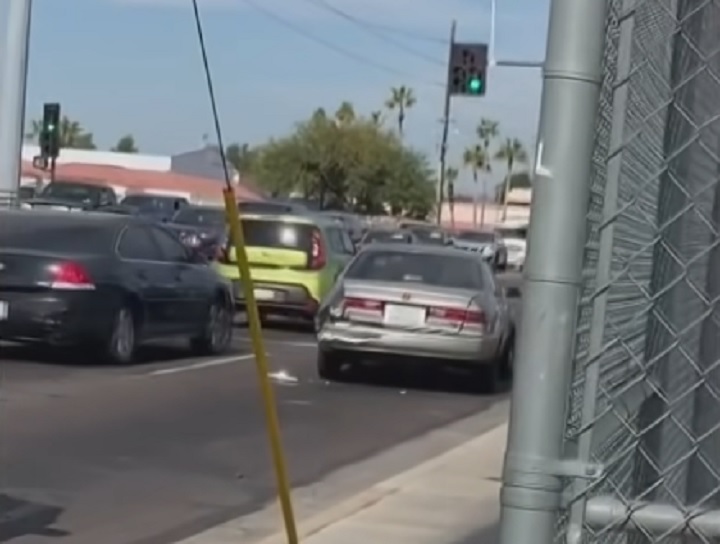 Shelton was booked into the Maricopa County Jail for Aggravated Assault, Aggravated DUI-License Suspended/Revoked for DUI, Assault, and Failure to give info/Aid -Accident, according to 12 News. Officials said the victim did not suffer life-threatening injuries and is expected to fully recover.

According to an eyewitness, this situation began when Shelton rear-ended a green-colored Kia Soul at the stoplight and got out of his car to yell at the Kia driver. That’s when the driver of the Camry got out and struck Shelton’s vehicle with a baton. It’s not clear if the Camry driver was charged. 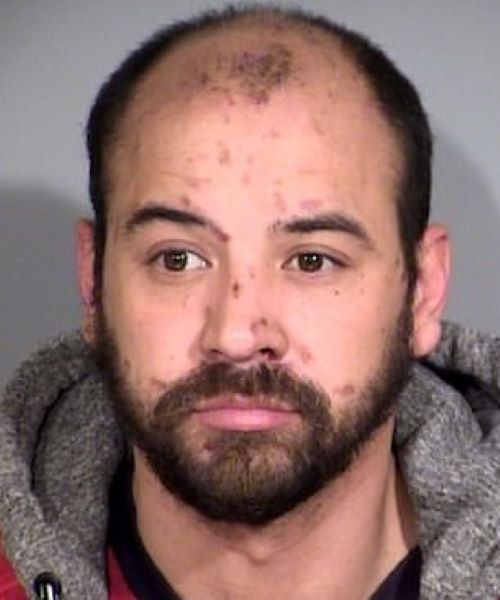 Check out the video embedded below to see how this road rage incident played out. More sensitive viewers may want to proceed with caution, though, as the video shows the victim getting with the vehicle and suffering minor injuries.