Chevy Corvette sales increased in the United States, Canada, and Mexico during the fourth quarter of 2020.

During the complete 2020 calendar year, Corvette sales increased about 20 percent to 21,626 units.

During the complete 2020 calendar year, Corvette sales increased about 6 percent to 1,811 units.

During the complete 2020 calendar year, Corvette sales increased about 267 percent to 158 units.

The performance represents an improvement over the already-impressive Q3 2020 figures, during which time the Corvette accounted for 55 percent segment share. However, as we typically note, most contenders in this segment cost significantly more than the Corvette and naturally see lower sales volumes as a result.

The second-place Porsche 911 – the most cross-shopped rival with the C8 – sold only about a third as much as the Corvette, netting a decrease of five percent on a year-over-year basis and accounting for 16 percent segment share. The Porsche 718 line, comprised of the 718 Cayman and 718 Boxster, followed in third place with a 10 percent segment share. The Porsches were followed by a trio of Mercedes models with 6, 3, and 3 percent share each. All other models, including the Audi R8, Nissan GT-R, Ford GT, BMW i8, and Acura NSX, saw a segment share of 1 percent each or less.

The premium sports car segment expanded an average of nearly 58 percent to 15,101 units in Q4 2020, meaning that Corvette sales outpaced the segment more than two-fold.

The substantial growth in Chevy Corvette sales during the final quarter of 2020 is welcome news for several reasons. The last-generation model – the Corvette C7 – has been out of production since November 2019, and the launch of the new-generation 2020 Corvette C8 got off to quite a rocky start.

First, production was delayed due to the UAW strike toward the end of the 2019 calendar year. Then, once production actually got underway, it was quickly paused due to the coronavirus outbreak, preventing GM from building enough units to generate any substantial sales volumes. Specifically, the Corvette C8 began arriving at dealers in limited quantities in March and the COVID-19 pandemic caused production to be idled about a week thereafter, with less than 3,000 units of the C8 produced.

C8 production started back up in mid-May, but very few units actually ended up making it to dealerships and into customers’ hands by the time the second quarter of 2020 ended. It is for that reason that the Q3 2020 sales figures were so impressive for the Corvette C8. 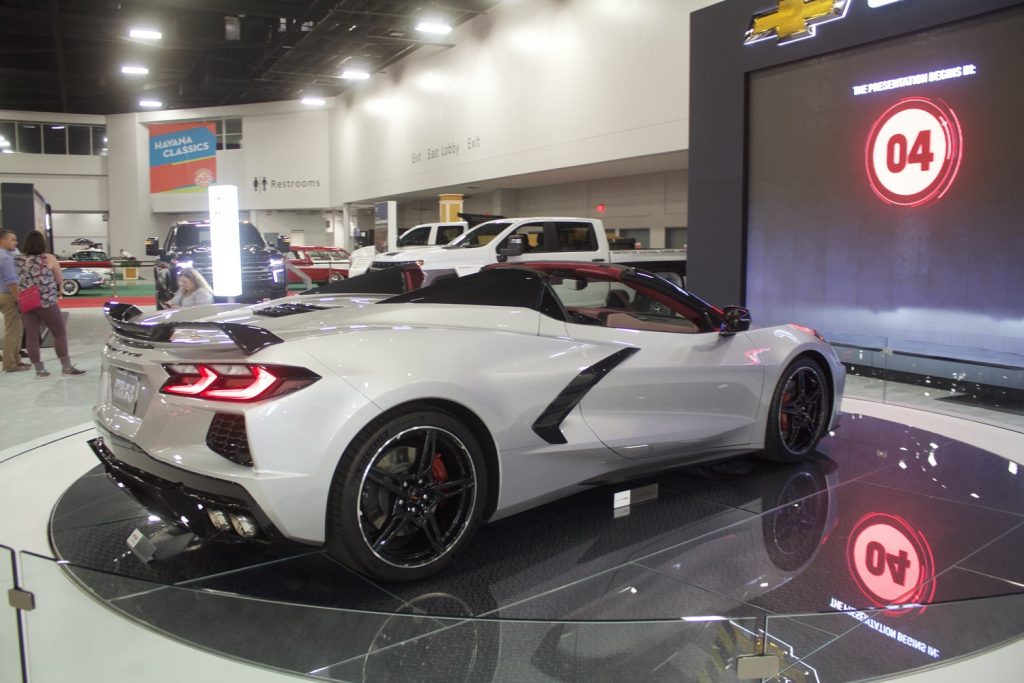 With interest in the new mid-engine Corvette at an all-time high and most C8 Corvette buyers being new to the Chevy brand, we expect Chevy Corvette sales to continue increasing in a steady fashion, so long as production continues uninterrupted at the Bowling Green plant that assembles the vehicle, and at the GM Tonawanda Engine plant, which assembles the 6.2L V8 LT2 engine used in the C8 Stingray. It’s worth noting that C8 production is holding steady at 186 cars per day.