Vauxhall was General Motors’ U.K. brand from 1925 to 2017. In this series, GM Authority is looking at one model in the magnificent Vauxhall Heritage Collection representing each decade of the GM era. Our choice for the 1950s is the Vauxhall Velox PA.

Vauxhall first used the Velox name for a larger-engined derivative of the Wyvern we profiled in this series. The Velox PA was the third of four models to use the nameplate. 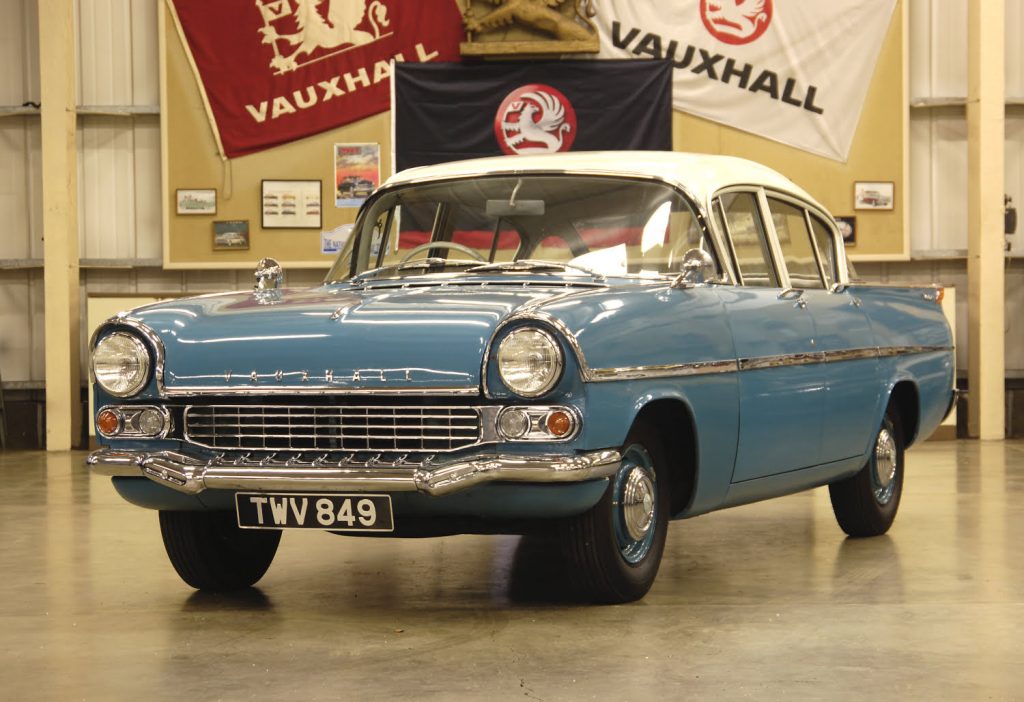 The PA Vauxhall line-up also included a model called the Cresta, but this was so close to the Velox that it now seems hardly worth the effort to give them different names. There was nothing to choose between them mechanically. A Cresta PA was simply a Velox PA with more standard equipment, including a heater, a two-speed blower fan, a cigarette lighter and a lockable glove box.

The outstanding feature of the Velox PA, which made its debut at the British International Motor Show held in London in October 1957, was its heavily U.S.-influenced design, much admired by younger British people who felt that most of the automotive action was taking place on the other side of the Atlantic. 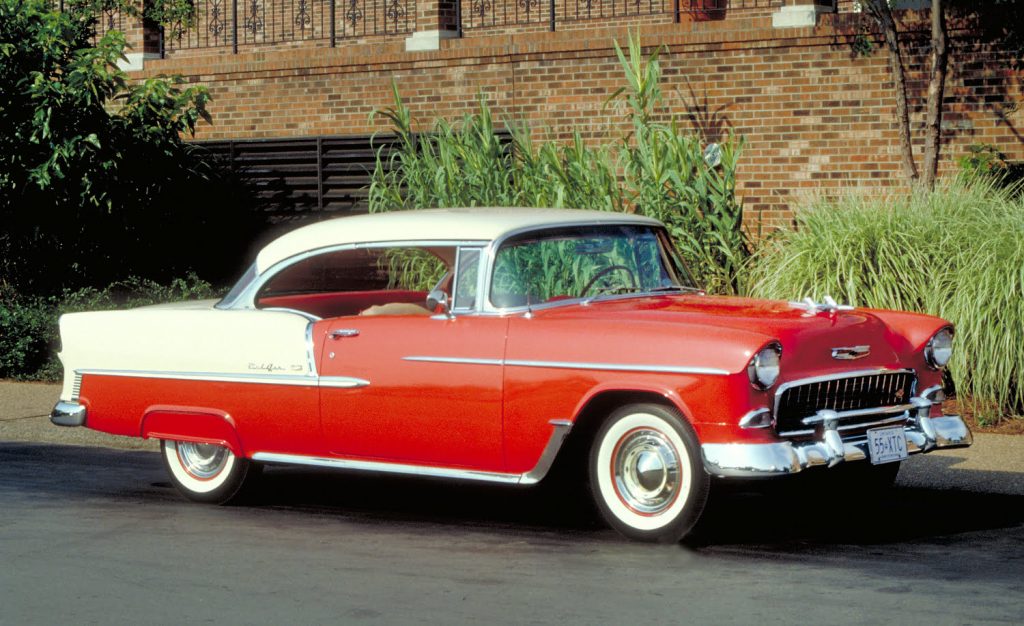 Among production cars, the Velox PA bore a surely more than coincidental resemblance to the second-generation Chevy Bel Air. In turn, both the Vauxhall and the Chevrolet looked very much like the Cadillac Park Lane Concept of 1954.

Common to all three vehicles was a wraparound windshield (completely unlike anything seen on a previous Velox) and a rear window which, in the early days of the Vauxhall, was made in three parts, though a one-piece wraparound window would later replace this. From the inside, visibility in all directions was excellent. This was, of course, a different era, when designers still knew that the occupants of a car should be able to see out of it. 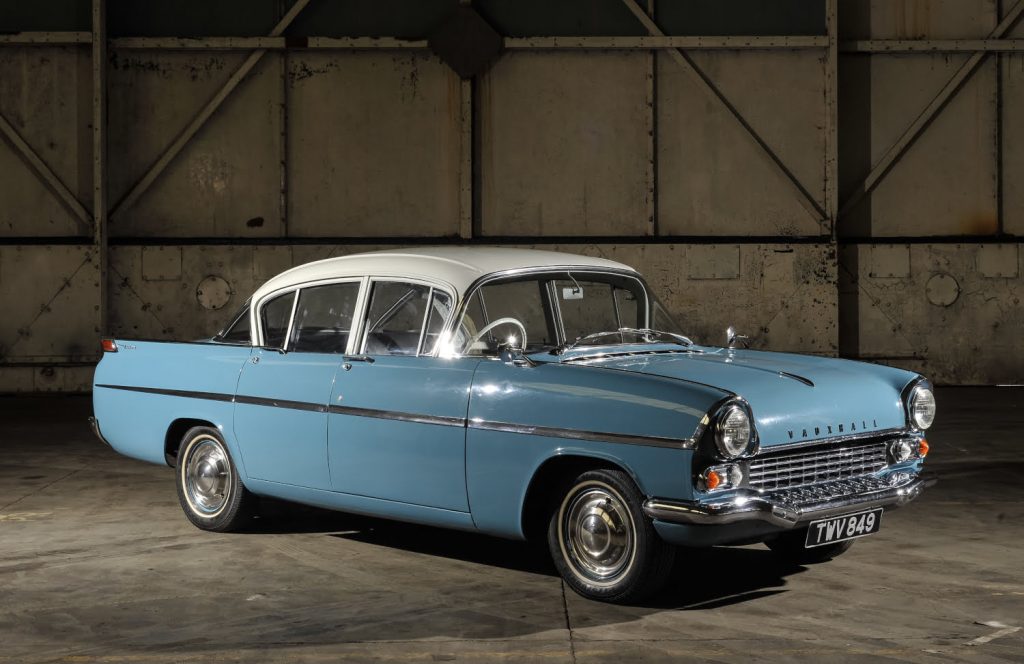 Other American-style features of the Velox PA included bright exterior colors, a lot of chrome, bench seating (enough of it to carry six people in two rows of three) and tail fins. Under the hood lay a 2.26-liter in-line six-cylinder engine which normally drove the rear wheels through a three-speed manual gearbox, though an automatic was available as an option. The standard power output was 83 horsepower with a 7.8:1 compression ratio suitable for premium gasoline. Cars expected to run on standard or low-grade fuel, for example in export markets, had a compression ratio of 6.8:1 and an output of 78 horsepower.

Even with relatively high compression, the Velox PA was no sports car, though this did not stop people using it in competitions up to and including the Monte Carlo Rally. 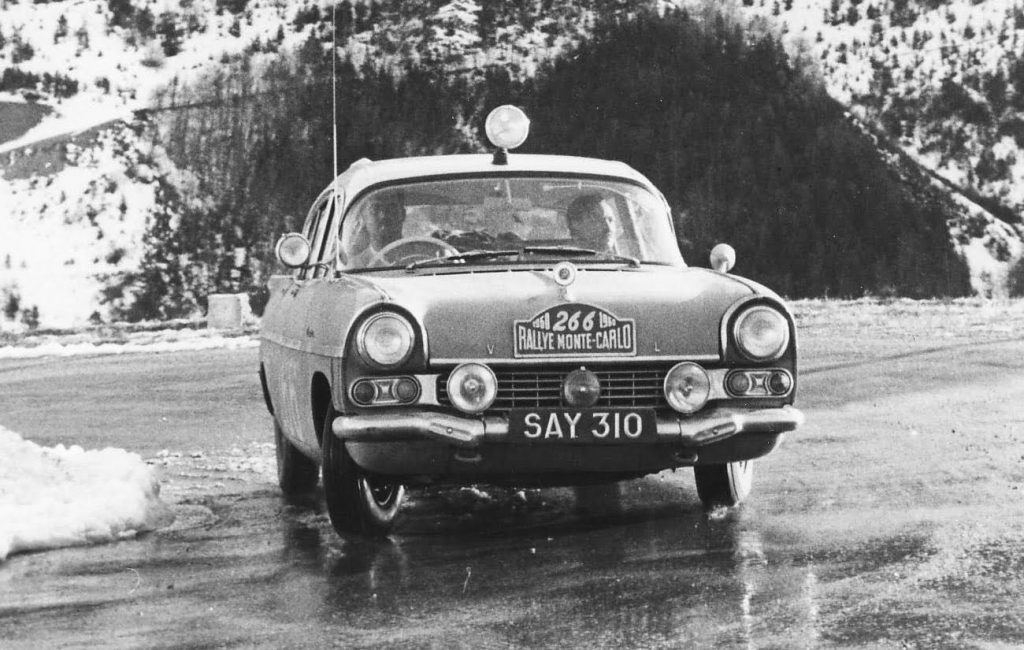 The Velox PA in the Vauxhall Heritage Collection is one of the early models. It dates from 1959, and must have been built before October of that year. In that month, several changes were made, including the introduction of the wraparound rear window and a larger front grille. The Heritage Collection car does not have these, but it does have something which has caused confusion in the past: a two-tone paint scheme.

Two-tone paint was offered only on the Cresta, yet there is no Vauxhall badge above the Heritage Collection car’s front grille, as there would be on a Cresta. The car also has Velox branding. The explanation is simple: the paint isn’t original. This may look like a Cresta, but it’s definitely a Velox. 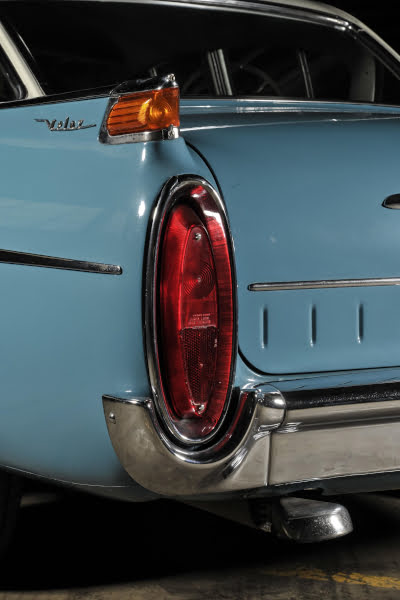 There were further changes in July 1960. Among the most significant was an increase in engine size from 2.26 to 2.65 liters. Together with a higher compression rate of 8.1:1, this raised the power output to 113 horsepower. Now fitted with a 3.90 axle to replace the previous 4.11, the updated Velox PA could cruise at high speeds much more comfortably than earlier models like the Heritage Collection car.

High-speed cruising had taken on a new importance in the U.K. In its advertising, Vauxhall described the later model as being “Built for the Motorway Age”. The country’s first motorway – a short stretch of just over eight miles around the town of Preston – had been opened in December 1958, and the first section of what is now the M1 between London and Leeds (coincidentally the part closest to Vauxhall’s headquarters in Luton) opened 11 months later. Giving the Velox PA more power and higher gearing was the obvious thing to do. 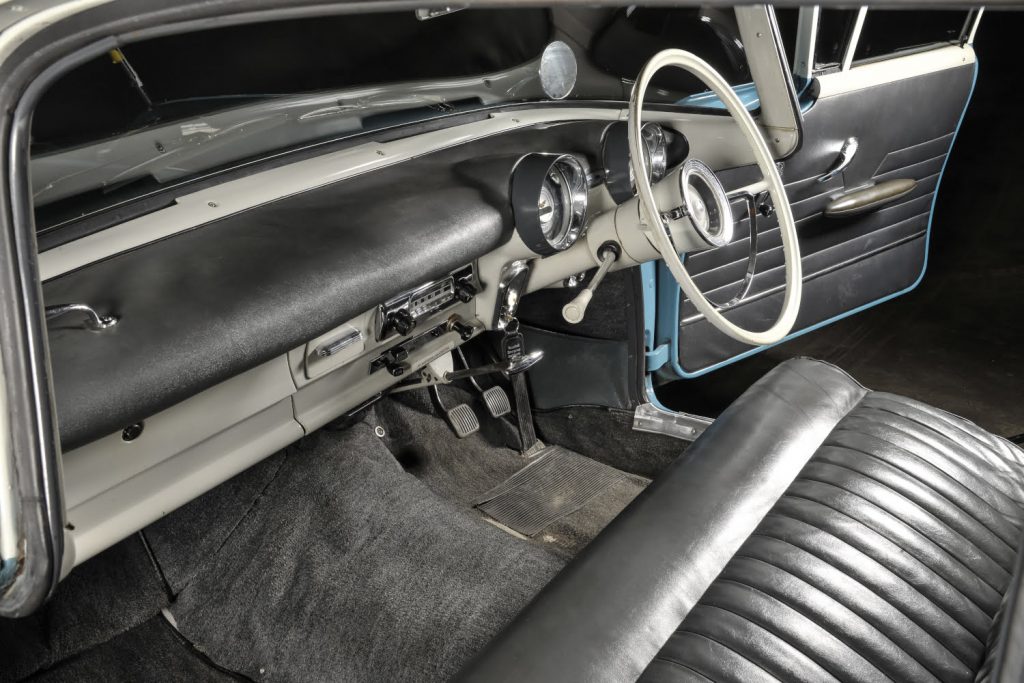 Every example of the Velox and Cresta PA models left the Luton factory as a sedan, but some were sent straight from there to Friary Motors of Basingstoke, Hampshire, and converted into station wagons (or estates, in British English). One of these, which still exists, was built for Queen Elizabeth II. 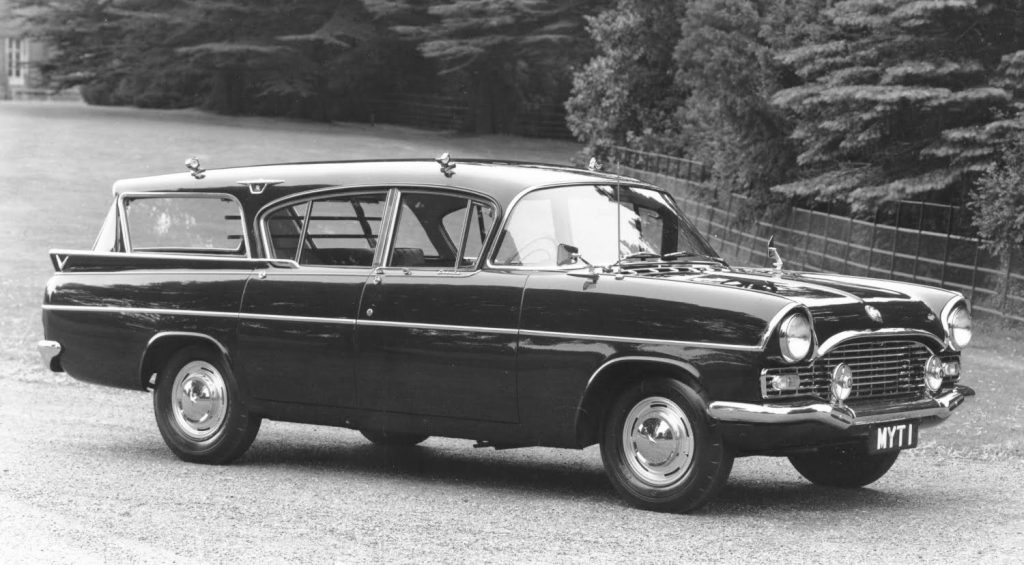 Its equipment included a dog guard (to prevent Her Majesty’s corgis from charging around the interior) and a gun rack. Like the Heritage Collection car, its origins are not immediately clear: it has neither Velox nor Cresta badging on it, and although the presence of a Vauxhall logo above the grille indicates that it should be a Cresta, it has the less expensive interior upholstery of the Velox. That choice may also have been inspired by the presence of corgis.

In any case, there is no way to tell if the Royal vehicle is a Velox or a Cresta. Perhaps it doesn’t matter.

The PA version of the Velox remained on sale until the second half of 1962. The name would survive for only another three years in the PB, which was more powerful but had less adventurous styling. As before, there was a Cresta PB too. When the Cresta PC was revealed to the public in 1965, there was no Velox to accompany it.

Stay tuned for the next installment of GM Authority’s Cars Of The Vauxhall Heritage Collection, and subscribe (it’s totally free) for ongoing Opel/Vauxhall news and GM news coverage.