The Cadillac Personal Autonomous Vehicle (PAV), a new self-driving luxury robotaxi concept, made its official debut at CES 2021 this week.

The Cadillac PAV (later renamed Cadillac SocialSpace) is a fully autonomous driverless shared vehicle akin to the Cruise Origin, but with various luxury features and amenities to cater to wealthier riders. Cadillac describes it as a “mobile living room configured for maximum comfort and enhanced customer experience,” that delivers the kind of luxe service one might come to expect from a high-end chauffeur service, but with no human driver needed.

Details on the Cadillac PAV are a bit slim at the moment, but the automaker says the futuristic-looking robotaxi features an onboard AI system with voice recognition. Various cabin settings like climate control, light brightness and temperature and the cabin scent can be seamlessly adjusted with the AI voice recognition, or by using hand gestures. The Cadillac PAV has no windows apart from the front and rear glass, shielding riders from the outside world and providing some additional privacy.

A short video teaser clip released alongside the Cadillac PAV shows a group of young adults out for a night on the town in the vehicle. Between two of the seats is a holographic touchpad interface, which appears to display the set route. A widescreen display also sits behind the group, showing the current weather, time, date and other information. It’s not clear how many people the Cadillac PAV can seat, although it appears to feature a wrap-around bench seat and two traditional captain’s chairs, as well. 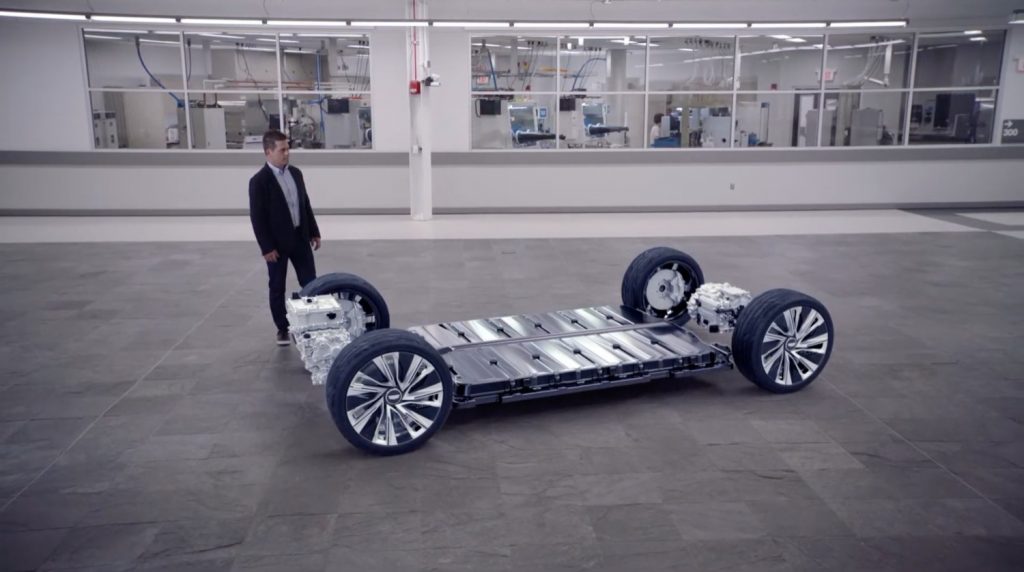 Technical specifications for the Cadillac PAV haven’t been shared, although it’s highly likely that it rides on the automaker’s dedicated BEV3 electric vehicle platform and utilizes Ultium batteries and Ultium drive motors. This is the same setup the closely related Cruise Origin will utilize once it enters production within the next couple of years.

General Motors envisions the Cruise Origin as being a competitor to Uber or Lyft, serving as driverless ride-hailing and ride-sharing service in city centers and dense metropolitan areas. The Cadillac Personal Autonomous Vehicle, then, would be akin to Uber Black or Lyft Lux, appealing to customers who want a more luxurious mobility experience. The Cadillac Personal Autonomous Vehicle is only a concept for now, however, so it remains to be seen if it will get the green light for production.