The all-new eighth-generation Chevrolet Corvette is an impressive performance machine in standard, base model Stingray guise. However, Chevy still has a few tricks up its sleeves with a range of new go-faster Corvette variants, including this – the C8 Corvette Z06. Now, GM Authority has rendered the upcoming C8 Z06 to provide a preview of what to expect. 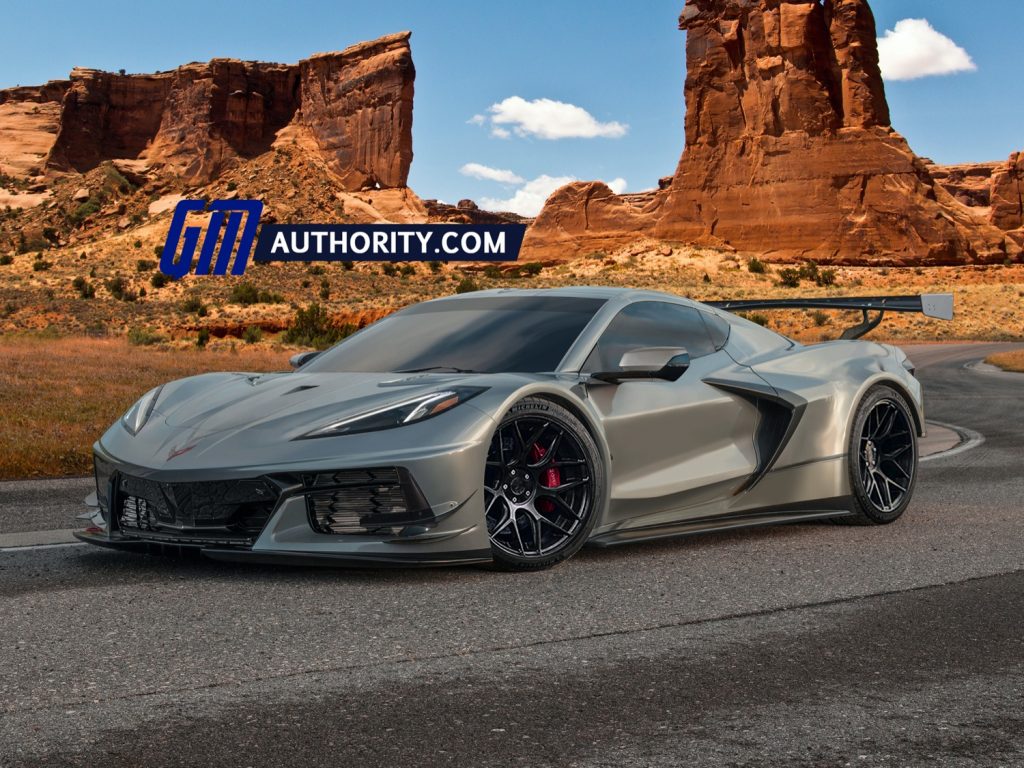 Our C8 Corvette Z06 rendering takes inspiration from the C8 Corvette L88 rendering we posted back in December, and includes a number of aggressive, high-performance styling cues and equipment. Up front, our Corvette Z06 rocks new front end canards along the lower corners of the bumper, while a prominent lower lip slices through the air. Up top, the front hood incorporates new venting and a new intake as well.

Enormous multi-spoke wheels with a black finish occupy the corners, housing larger, more capable brakes, possibly with carbon ceramic rotors. The front fenders are also enclosed, rather than open like on our L88 rendering. 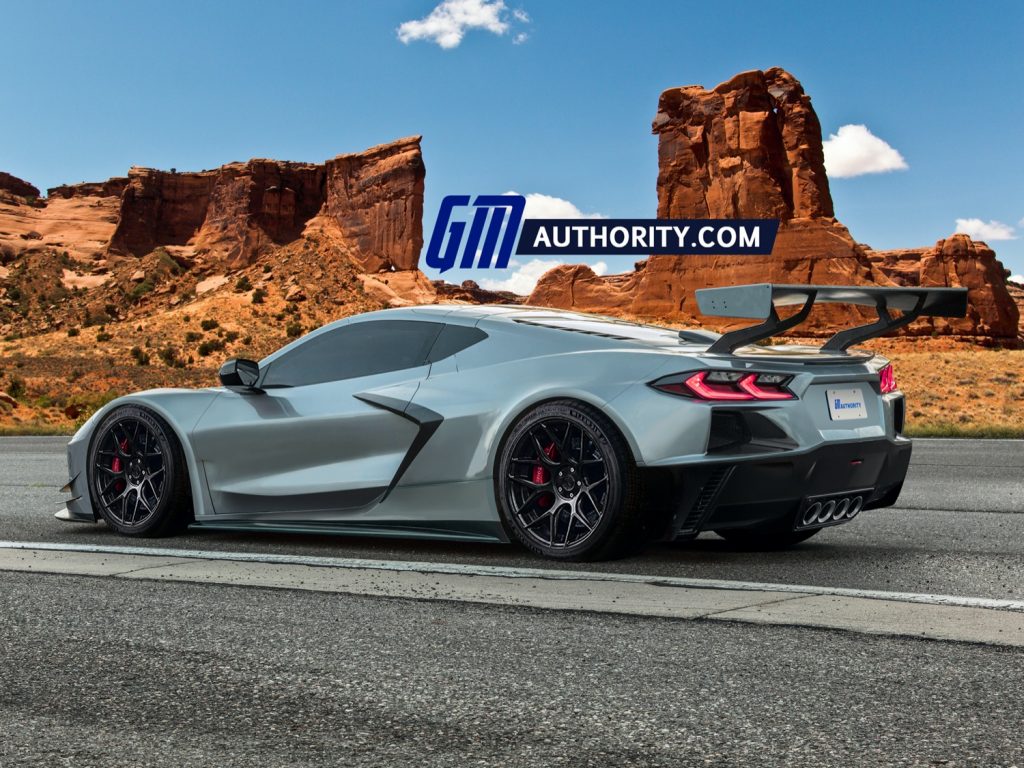 Moving to the rear, we added a more traditional street-friendly diffuser element, while up top is an enormous GT-style wing. A small intake is added at the base of the engine cover to gulp in plenty of fresh air. There’s also a center exhaust treatment, per previous GM Authority reports.

The C8 Corvette Z06 is the first of many new eighth-generation Corvette model variants coming down the pipe, with models like the C8 ZR1, C8 Zora, and C8 E-Ray slated to arrive later in the model’s lifecycle.

When it does finally drop cover, the new C8 Corvette Z06 will be framed as offering high-levels of track-ready, street-legal performance. The main party piece will be the naturally aspirated 5.5L V8 LT6 engine, which will feature dual overhead cams with 32 valves, as well as a flat-plane crank and lofty redline. Output is expected to be around 600 horsepower.

Originally expected to debut in the second half of the 2021 calendar year, the launch of the C8 Corvette Z06 was delayed as a result of the COVID-19 pandemic. Now, the launch may be pushed back to early in the 2022 calendar year.