The muscle-car obsessed guys behind the AutotopiaLA YouTube show recently featured yet another impressive restomod on their channel, this time in the way of a boosted 1970 Chevrolet Chevelle SS.

The 1970 Chevelle SS in question is owned by an enthusiast named Joel, who goes by @BoostedVelle on social media. Joel purchased the car as a near-complete restoration project, but he wanted to add his own flair to it rather than keep its original look. He began taking it apart and rebuilding it shortly after he acquired it, transforming it from a mostly stock Chevelle SS with a numbers-matching 454 Big Block into a wildly powerful restomod with a Procharged LSx under the hood.

Joel says his LSx engine started out life as a regular 6.0L iron block before it was rebuilt with new internals, a Holley electronic fuel injection kit and a massive Procharger supercharger. The engine is allegedly good for up to 1,500 horsepower, but he currently has it on a fairly mild 91 octane pump gas tune right now, so it’s “only” making around 800 horsepower at the wheels. The engine is paired with a T56 Magnum six-speed manual transmission and a 3.89 rear end, as well. 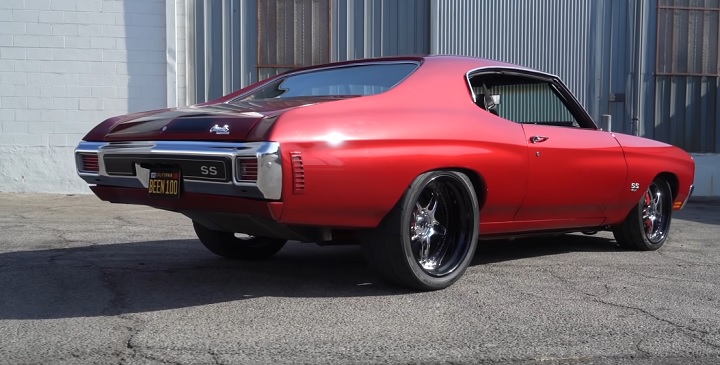 There’s a lot more to this build than a powerful engine, too. It also has completely rebuilt suspension with double-adjustable coilovers at all four corners, a reinforced factory frame, Wilwood disc brakes at all four corners and an inline braking system for some delicious line lock burnouts. The car rides on fairly large 20-inch chrome wheels from Forgiato, rather than the small drag racing one might expect to see on a build like this. 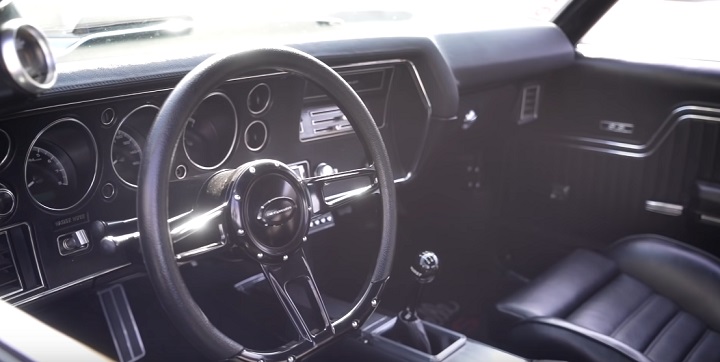 Inside, this reimagined 1970 Chevelle SS is mostly stock, although the owner added some small custom touches like Recaro seats, a billet steering wheel, Hurst shifter and Dakota digital gauges. There’s also a loud stereo with a pair of trunk-mounted subwoofers for those days when Joel would rather listen to music than the sound of his built 6.0L V8 engine.

Check out the video embedded below to learn more about Joel’s no-expenses-spared 1970 Chevelle SS restomod build.