A lot of drag racing comes down to a numbers game – who has more power, who has more rubber, who has less weight… you know, that kind of thing. Problem is, numbers rarely tell the whole story, especially when comparing two wildly different vehicles, as evidenced in the following 12-minute video pitting a 1966 Big Block Chevy Nova against a modern Chevy Corvette drift machine. 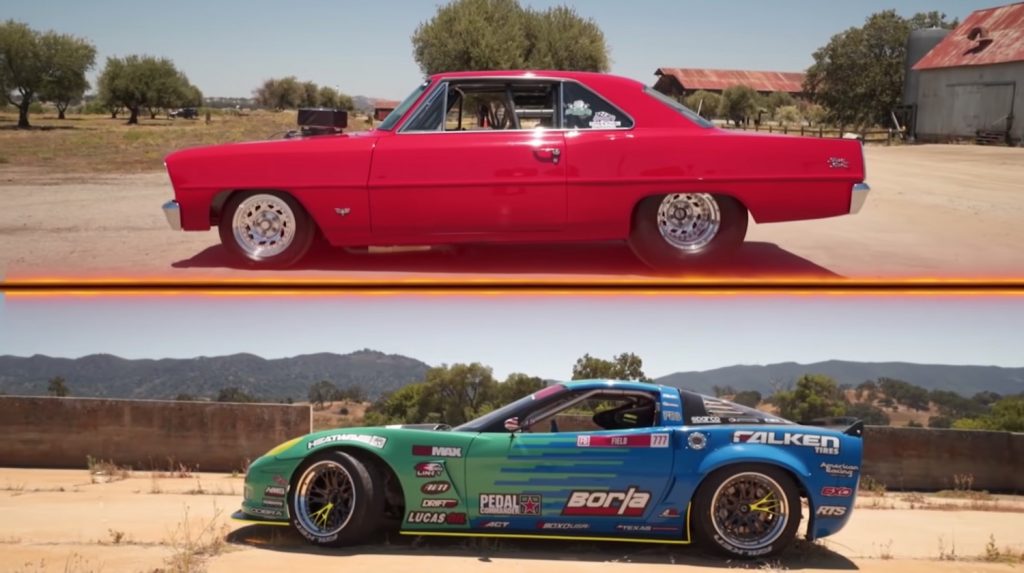 This particular video comes to us from the folks at Hoonigan, who seem to have a knack for drag racing odd pairings of fast vehicles. This latest matchup is no different, and may leave you scratching your head when it comes to predicting a winner.

Let’s start with the ’66 Chevy Nova. Rocking a massive 632 cubic-inch V8 engine, half of which is sticking up out of the hood, this purpose-built dragster is putting out about 920 horsepower at the crank. Routing the power rearwards is a Turbo 400 transmission, while a funny car roll cage sits in the cabin. There’s also a four-link rear suspension and a positively massive rear footprint to turn all that power into forward movement, with a fastest time in the quarter mile clocked at 9.52. Incredibly, this Nova is also “street legal,” and was even driven to and from the event. 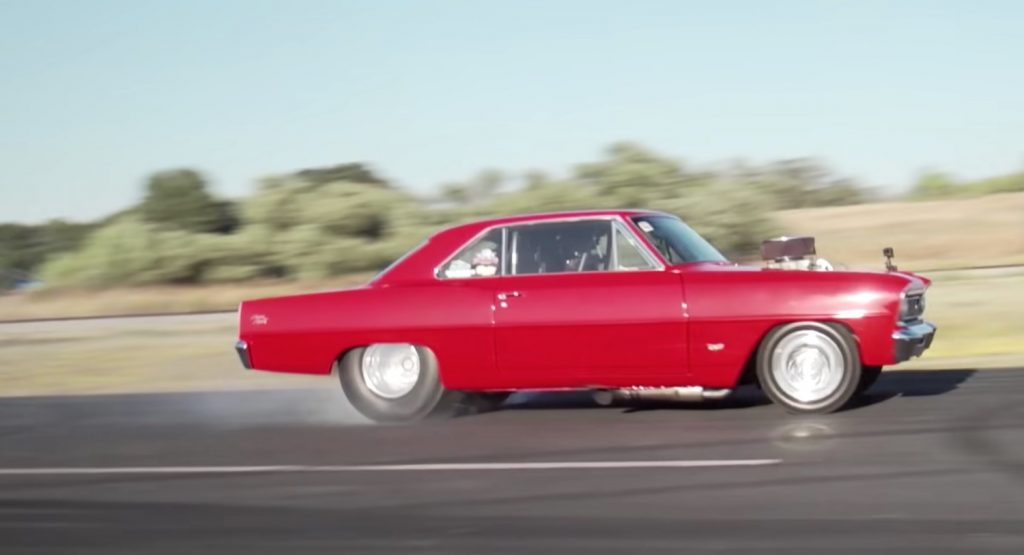 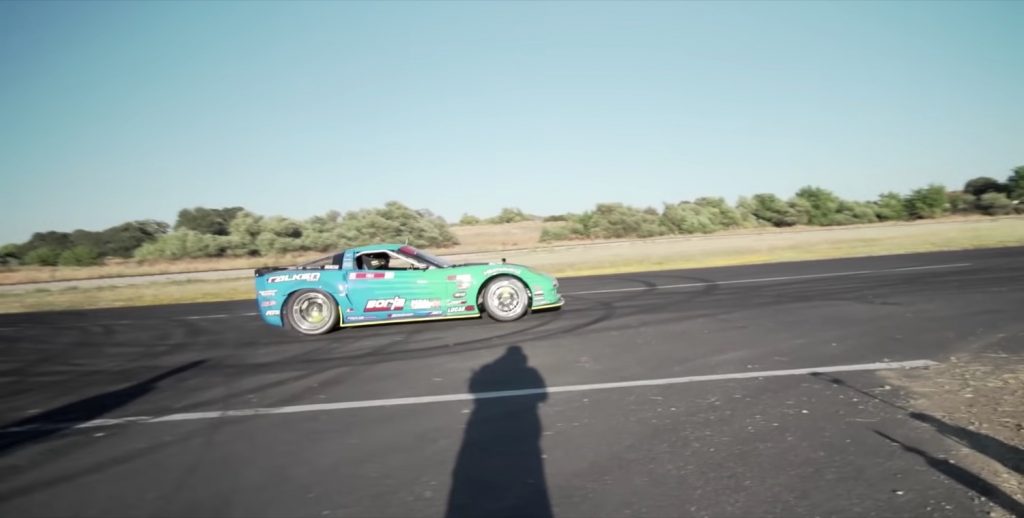 In the other lane is a 2013 Chevy Corvette C6, which was built specifically for competition at the highest levels of drifting. The engine spec is a 427 LS making 950 horsepower at the wheels, with nitrous. The exterior is also made from carbon kevlar, dropping a ton of weight. A 6XD sequential transmission harnesses the output.

So then – which Chevy will win in a heads-up drag race? 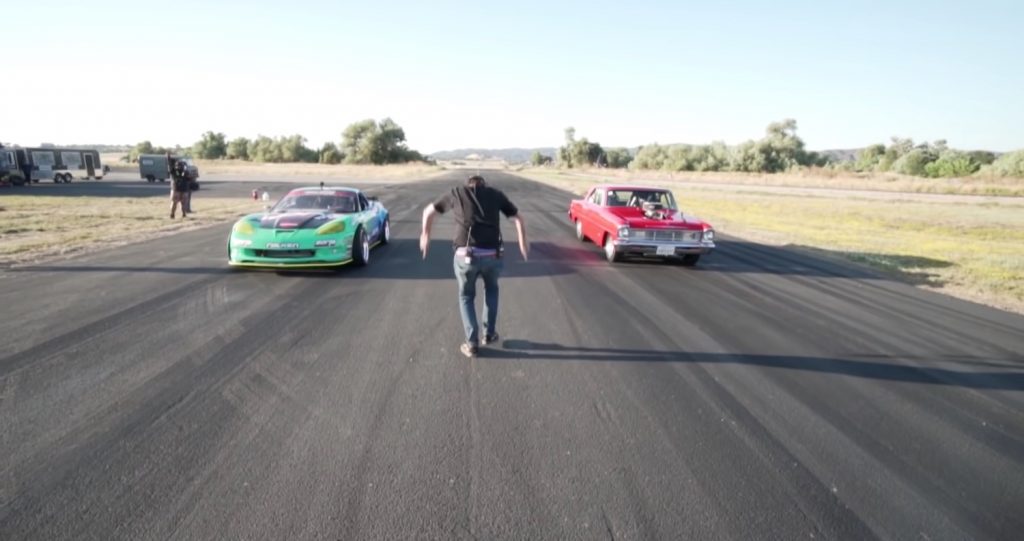 The ’66 Nova certainly seems like a good bet. After all, it was purpose-built to go fast in a straight line, whereas the Chevy Corvette was built to go fast sideways. That said, the un-prepped surface may cut into the Nova’s traction, and while drift cars are made to break lose, they still incorporate huge grip levels to achieve those high-speed sideways antics.

What’s more, the Chevy Corvette is lighter by about 600 pounds, and it has more power, too. It’s also a true race car, whereas the Nova is still “street legal.”

So, post your predictions in the comments, then hit play to see which Chevy comes out on top: