For classic Chevy Corvette aficionados, few cars can equal the style and performance of the 1967 Corvette Sting Ray. The 1967 model year was the ultimate for the Mid Year Corvettes. The styling was cleaner, and the performance options were beyond compare. 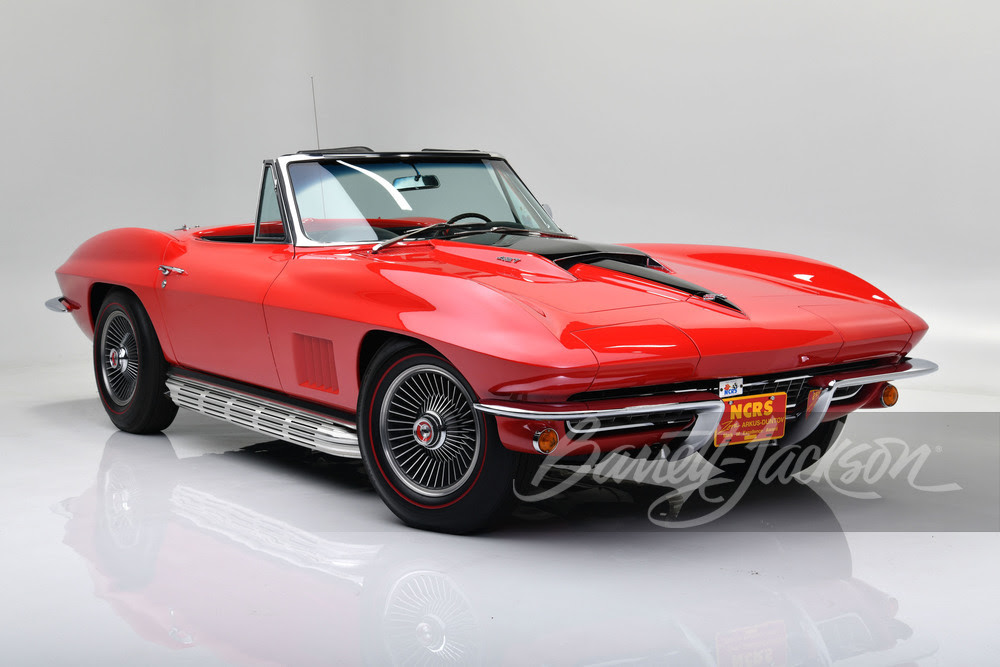 The 1967 Chevy Corvette had fewer exterior adornments. Gone were the fender scripts and crossed flags. The side vents were revamped from the previous three large slats to five smaller ones. The rocker moldings were now smoothed and painted black on the lower portion, giving a cleaner look (if you didn’t have the side mount exhaust). There was a single backup light mounted above the license plate. Optional bolt-on wheels replaced the previous finned knock-offs. Five-slot Rally Wheels were standard. 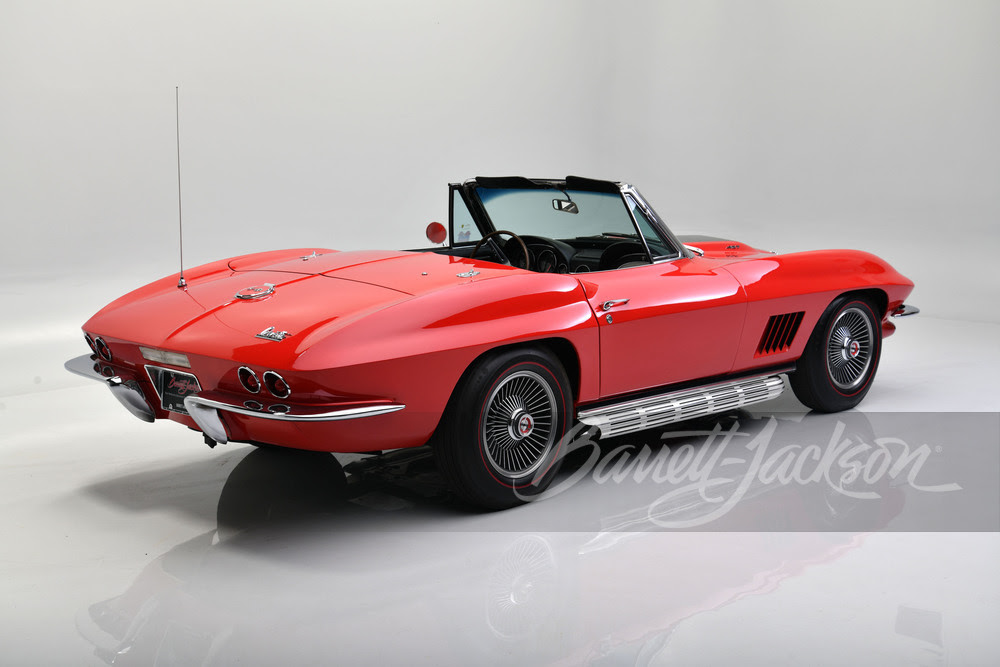 For the 1967 Chevy Corvette, the parking brake was moved from under the dash left of the steering wheel to a center console between the seats that would carry on through the Shark Body or C3 generation. The seats were redesigned, and the dashboard passenger handhold was eliminated. 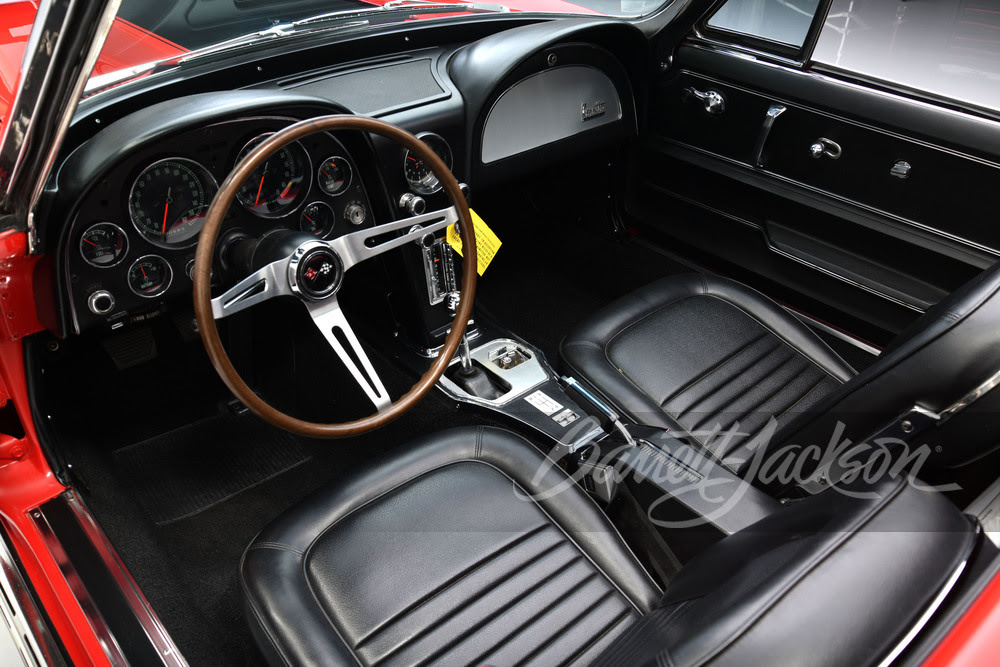 The 1967 Chevy Corvette had a plethora of available performance options. The Small Block 327s had horsepower ratings of either 300 or 350, and the 427 cubic-inch Big Blocks were available in 390-, 400-, and 435-horsepower offerings (we will forgo discussion of the L88 option for now, as it was intended for competition cars). Only available in the final year of the 1963-1967 Mid Year Corvettes, the L71 was the hottest of the “streetable” Big Blocks, topped with the vaunted Tri Power three two-barrel carb setup. The Big Block Corvettes came with a redesigned hood, with power bulge and contrasting painted “stinger.” 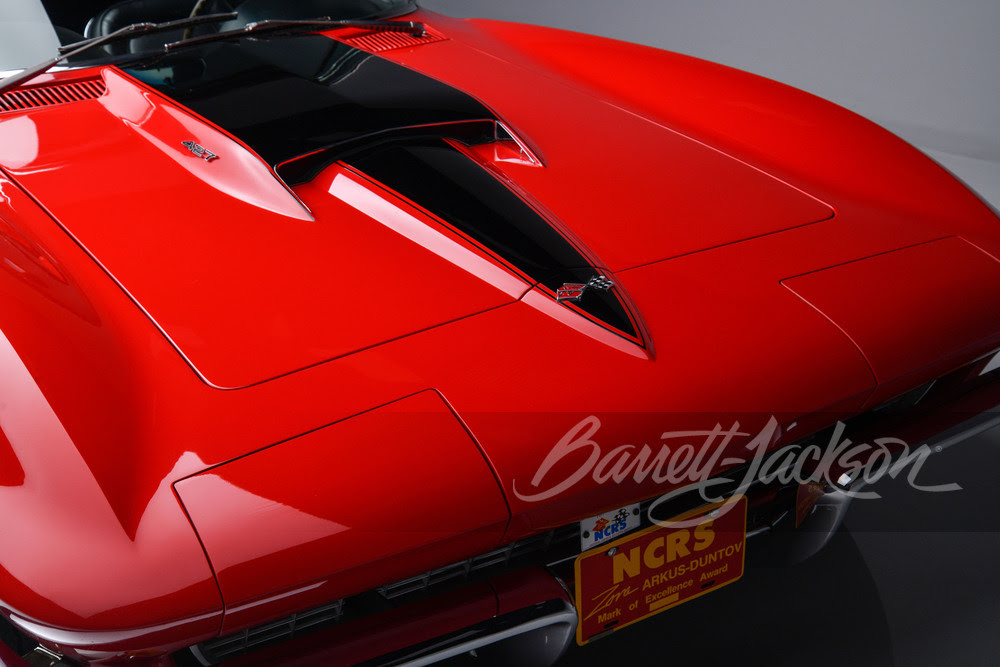 If all of the above trips your trigger, and you’ve always wanted to own one of the best Chevy Corvettes on the planet, you may well be in luck. The Barrett-Jackson auction in Scottsdale this March will have this striking Rally Red/Tuxedo Black stinger Corvette convertible up for grabs with no reserve. It features the 435-horsepower option and M21 close-ratio four-speed manual transmission. It comes with a black interior, AM/FM push-button radio, power windows, optional auxiliary hardtop, side exhaust, F41 special suspension, and transistor ignition. It is extensively documented, with the window sticker, tank sticker, Protect-O-Plate, and original keys, and has been the subject of a detailed rotisserie restoration. 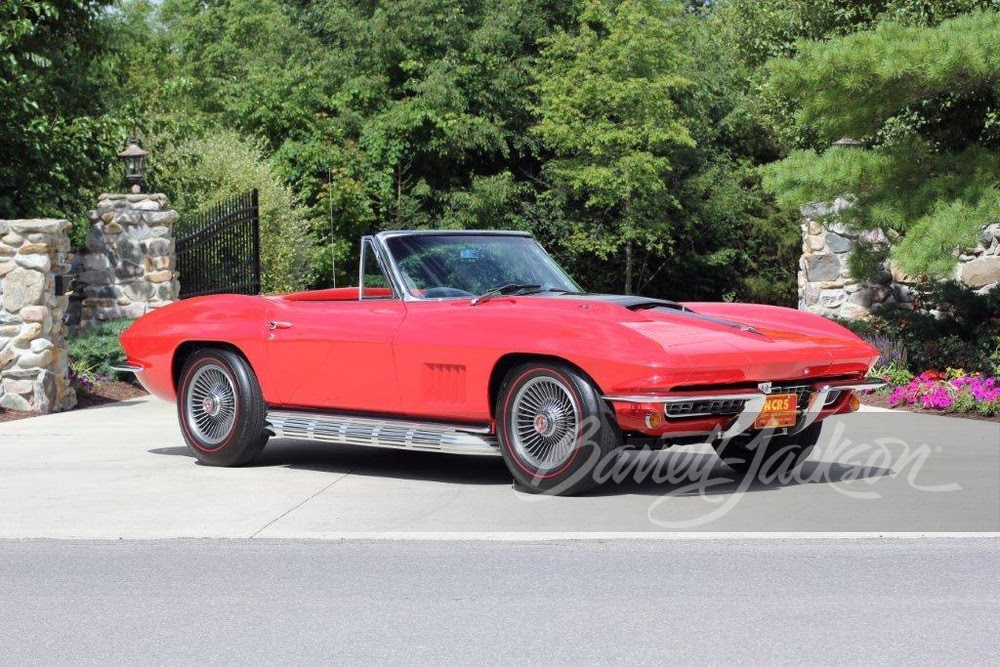 In addition to everything else, here is what sets this Chevy Corvette apart from the crowd: it has won multiple National Corvette Restorers Society Regional Top Flight Awards, an NCRS National Top Flight Award, an NCRS Duntov Certificate, NCRS Performance Verification, NCRS Judges Special Appreciation Award, two Bloomington Gold Awards, Judges Choice Top Gun Vettefest, Gold Spinner Vettefest and Gold Spinner Triple Crown Awards. It is one of the best you will ever see, and it could land in your garage. 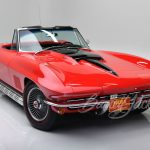 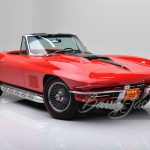 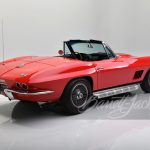 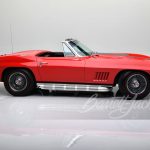 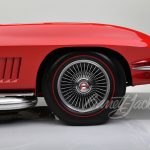 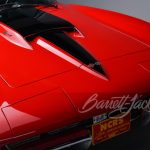 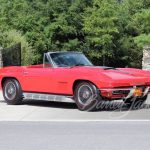 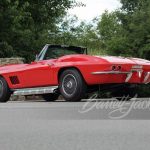 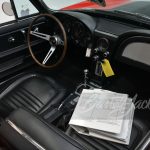 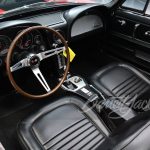 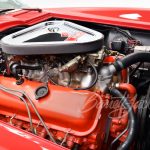