The Chevrolet Corvette C8 has the right stuff to turn heads on the street, with designers drawing inspiration from things like fighter aircraft in crafting the new sports car’s mid-engine design. That theme continues into the cabin, where the pilot is greeted by a driver-centric layout. Unfortunately, buyers hoping to add a little extra visual punch to the cabin of their 2021 Corvette with the optional illuminated sill plates are out of luck, as the feature is no longer available due to order due to supplier constraints. 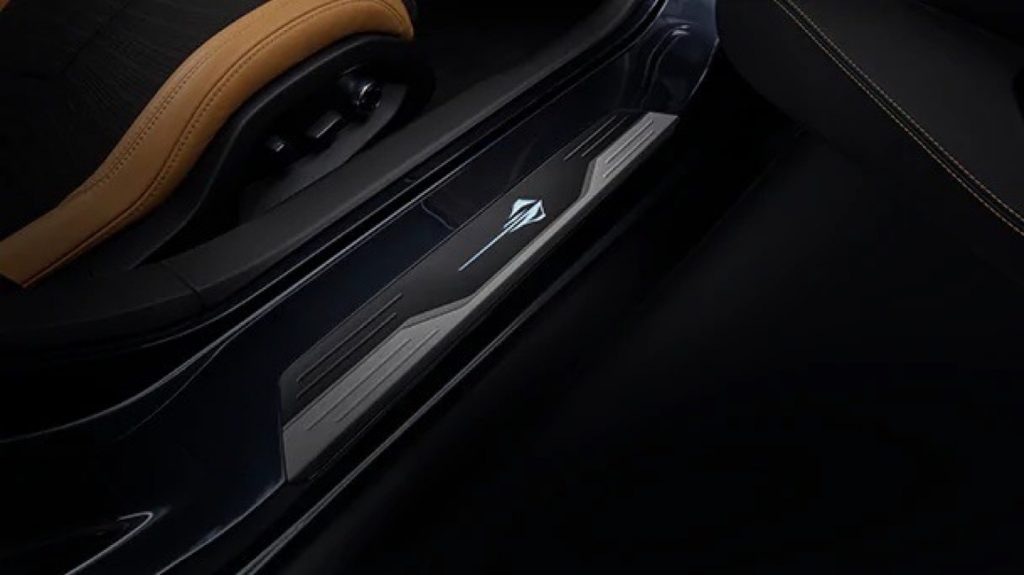 The official name for the option in question is Illuminated Sill Plates With Stingray Logo, and it’s tagged with RPO code VST. The optional upgrade was previously offered as an LPO-level Genuine Corvette Accessory, which means it was ordered with the vehicle and installed by the dealer.

The Illuminated Sill Plates With Stingray Logo option was previously available for all trim levels of the 2021 Corvette, including both Coupe and Convertible models, with pricing set at $345. The option is advertised as adding a customized appearance to the Vette’s interior, illuminating whenever the door is opened, while also protecting the door sill from scratches and scrapes.

Unfortunately, the Illuminated Sill Plates With Stingray Logo option for the 2021 Corvette is no longer available to order, at least for the time being while the aforementioned supplier constraint is sorted out.

As GM Authority covered previously, the 5-Trident-Spoke Black-Painted Aluminum wheels option (RPO code 5DF) are also currently unavailable to order, this time due to a quality issue, and will remain so for the next four weeks.

The 2021 Corvette is the second model year of the latest eighth-generation sports car, introducing just a few minor changes and updates over the initial 2020 model year vehicle.

The latest Vette has sold well thus far, with 21,626 units sold during the 2020 calendar year, plus 8,992 units sold in Q4 of 2020, besting the sales figures of all rivals combined during the Q4 time period.