The Chevrolet Vega was meant to be a lightweight, economic alternative to import cars of the early 1970s. The Vega had a number of engineering flaws and other shortcomings that ultimately doomed it. Rust had a field day with Vegas, with some dealers claiming they were touching up rust spots on brand-new cars. Suspension problems, engine problems, and labor strikes all played parts in the Vega’s demise. Even the name “Vega” got a chilly reception from the public. 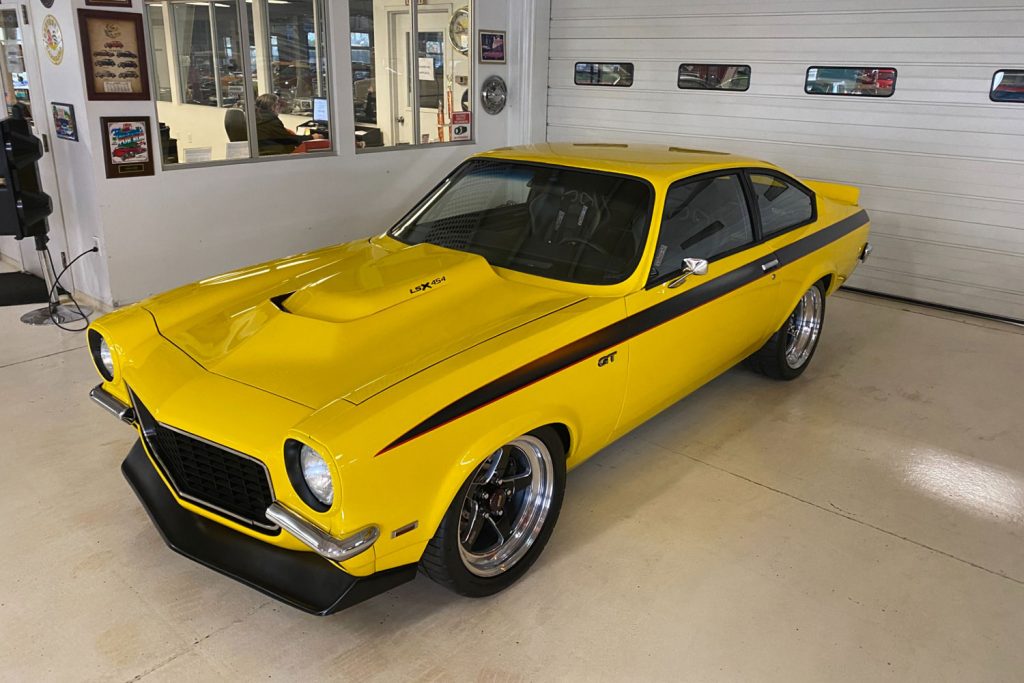 The one upside to the Chevrolet Vegas was their weight, or more accurately, the lack of it. The 2,200-pound curb weight was fully one thousand pounds lighter than Corvettes of the era. Hot Rodders all know that the equation for speed is light weight and big power, so why not start with a light little car?

Mike Couglin thought this sounded like a good idea, and enlisted the crew at Woody’s Hot Rodz to build his dream. His Chevrolet Vega is a brilliant bright yellow color with matte black stripes and rear panel. It sports a power bulge hood lettered with LSX 454, a low, black chin spoiler, and blacked out grille. 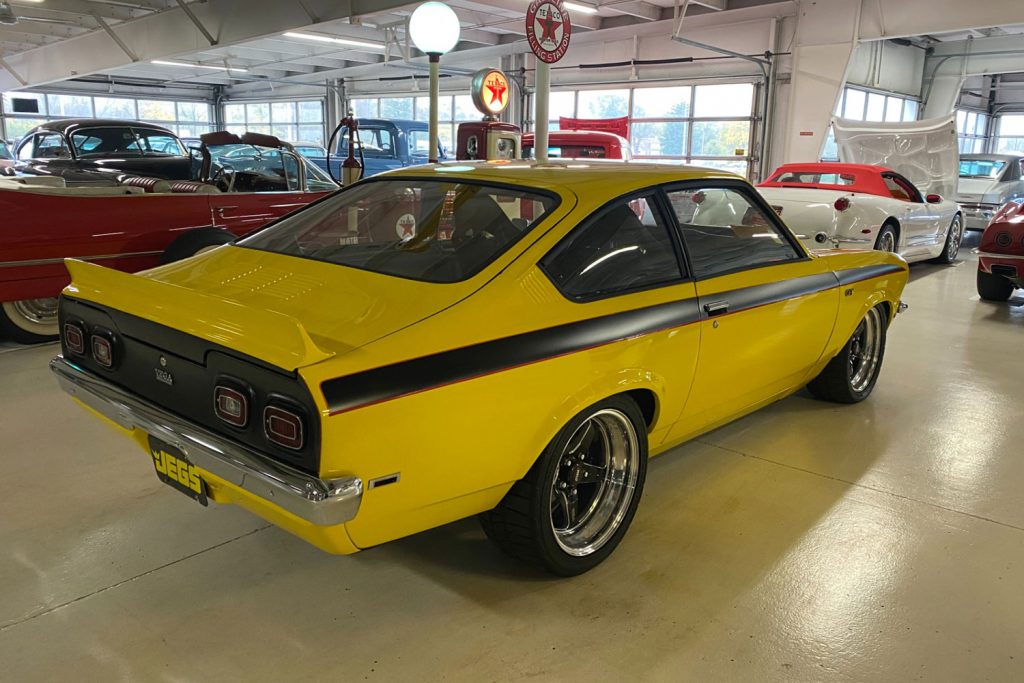 Under the hood is a LSX 454, equipped with F.A.S.T. LSX-R Port Fuel Injection, 46-pound injectors, and Holley Dominator engine management system. It produces 620 horsepower. The whole affair is backed by a 4L60E automatic trans, and cooled by a Be Cool radiator and fans. 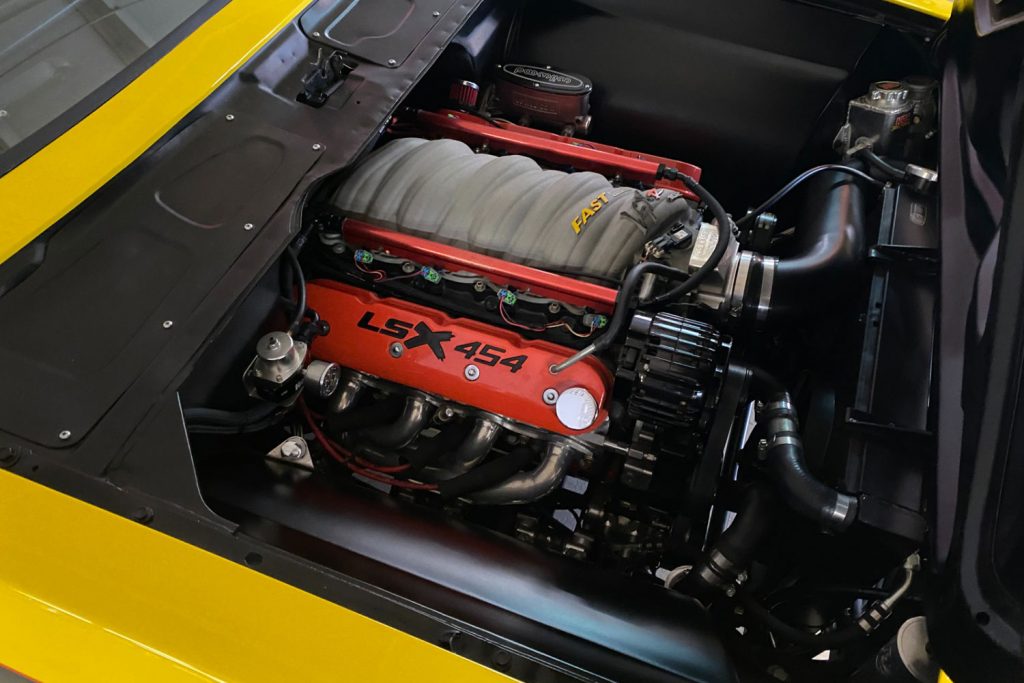 Power is nothing if you can’t get it to the ground, so this Chevrolet Vega has a full Art Morrison Max G suspension with sway bars, adjustable shocks, and a Ford 9-inch rear with a Strange Posi. Stopping is courtesy of Wilwood four piston Superlite calipers and 13-inch rotors. The ride height has been lowered, and the fender flares barely contain the two-tone Weld S71 performance wheels and tires. 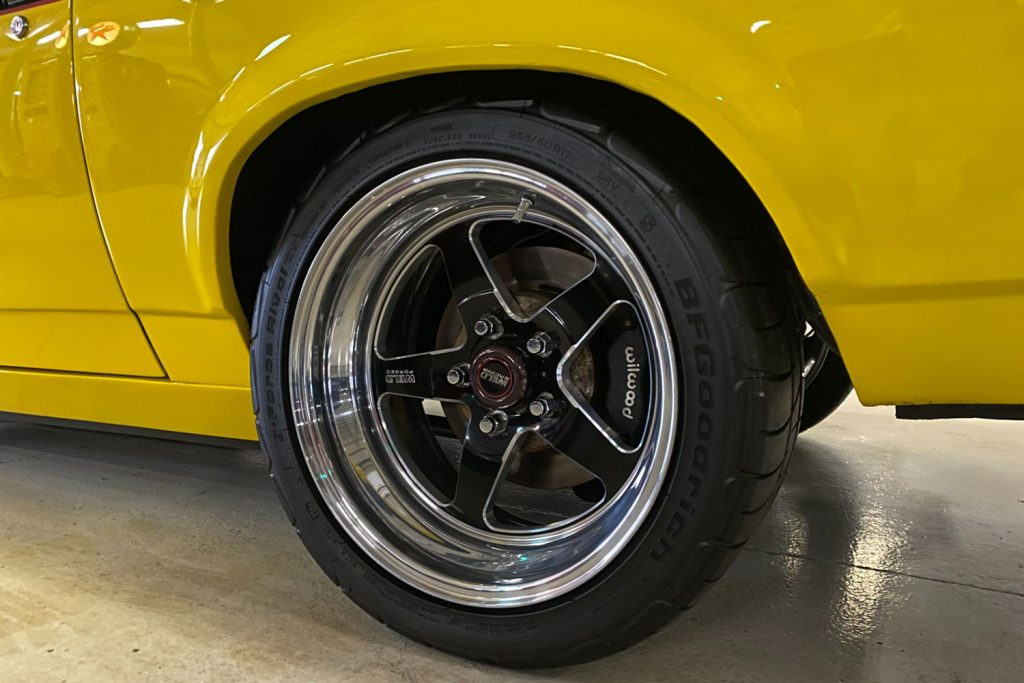 The tidy cockpit of this Chevrolet Vega missile features ProCar black vinyl racing seats and G-Force Harnesses. The gauges are by JEGS, with the J logo in the center of both the speedo and tach. There is a stock AM pushbutton radio in the dash, just to the right of the added aftermarket A/C control knobs which blend in with the stock dash quite well. Beneath the dash and just forward of the shifter is a Holley touchscreen monitor. Under the rear hatch, there is a placard with the issue of Hot Rod Magazine that featured the Vega, and one with the build sheet and tag. 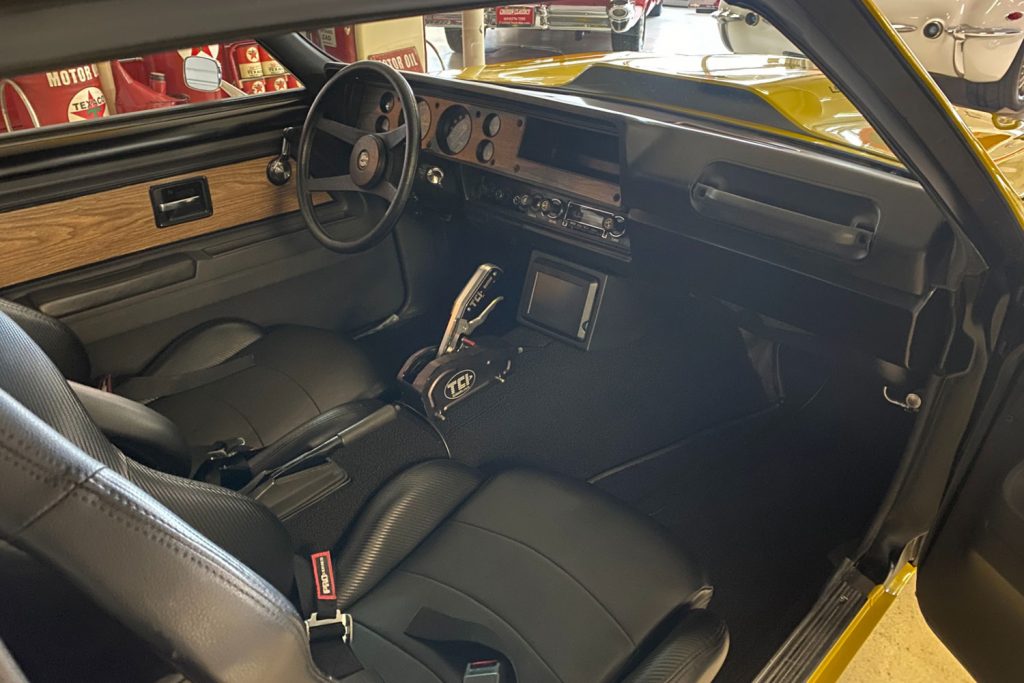 Every inch of this Chevrolet Vega build shows the obvious quality and attention to detail that occasion superior craftsmanship. It is obvious from every angle of the car. If this sounds like your cup of tea, you can have this remarkable little rocket; it is for sale at Cruisin’ Classics of Columbus, OH. 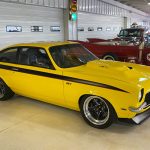 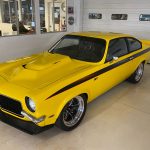 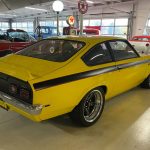 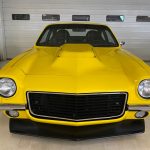 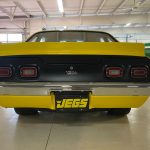 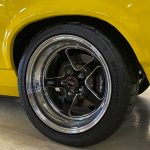 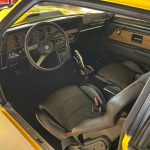 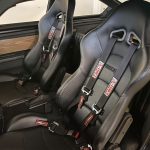 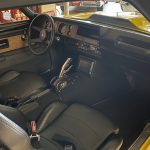 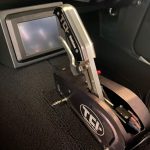 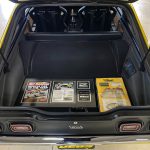 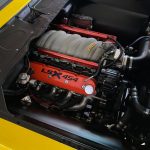