For those GM Authority readers out there aching for some classic drag racing action, we’ve got a great matchup for you, with a 1968 Chevy Camaro SS 396 lining up against a 1969 Plymouth Road Runner. Both vehicles rock a clean, factory stock appearance, and both look to be immaculately maintained. Even better, both cars are quick, too. 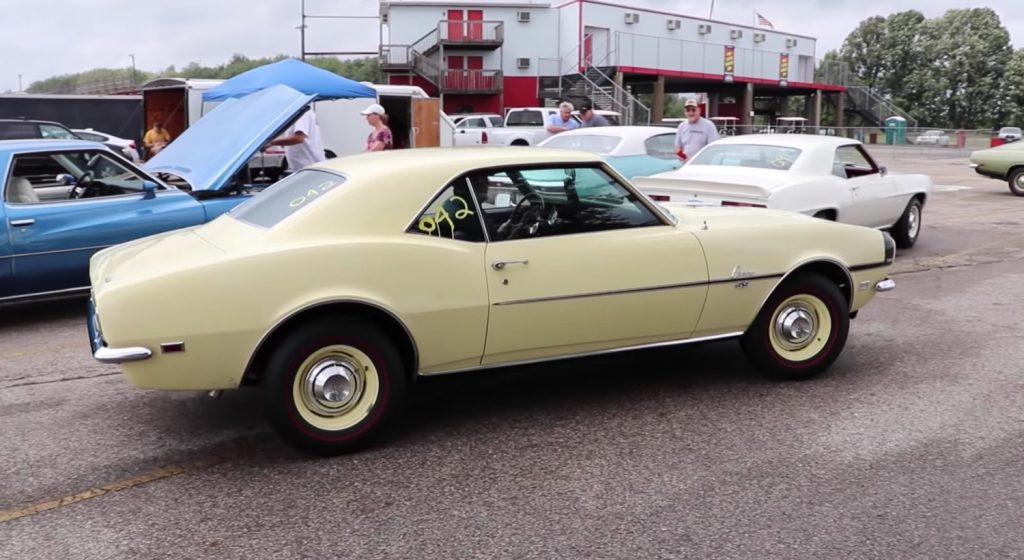 Let’s start with the 1968 Chevy Camaro SS 396. This particular example looks to be a rare L89 model, and features a 396 cubic-inch V8 engine with forged pistons and 11:1 compression ratio, a solid lifter camshaft, four-bolt mains engine block, and factory aluminum heads. Less than 300 of these beauties were built for the 1868 model year, and with 375 horsepower and 415 pound-feet of torque routed through a four-speed manual transmission, plus 4.10 gears in back, this Chevy Camaro is ready to rock down the 1320.

That said, the 1969 Plymouth Road Runner is certainly no slouch, especially with the A12 Package equipped. This thing comes to the party with a fiberglass lift-off hood, upgraded radiator and brakes, 15-inch wheels, and a 440 cubic-inch V8 making 390 horsepower and 490 pound-feet of torque. Output is sent rearwards through a three-speed automatic transmission and 4.10 gears.

Of course, power numbers and drivetrain specs are only one part of the equation here. It’s also worth pointing out that the Chevy Camaro is lighter at 3,372 pounds, while the Road Runner tips the scales at 3,784 pounds. There’s also the driver factor that plays a big part in how these machines perform on the track.

All told, the matchup makes for some good racing, as evidenced in the sub-10 minute video below. Also included in the video is a rundown of the specs on both vehicles, plus a nostalgia throwback with some old-school car commercials and a few extra drag races at the end for good measure.